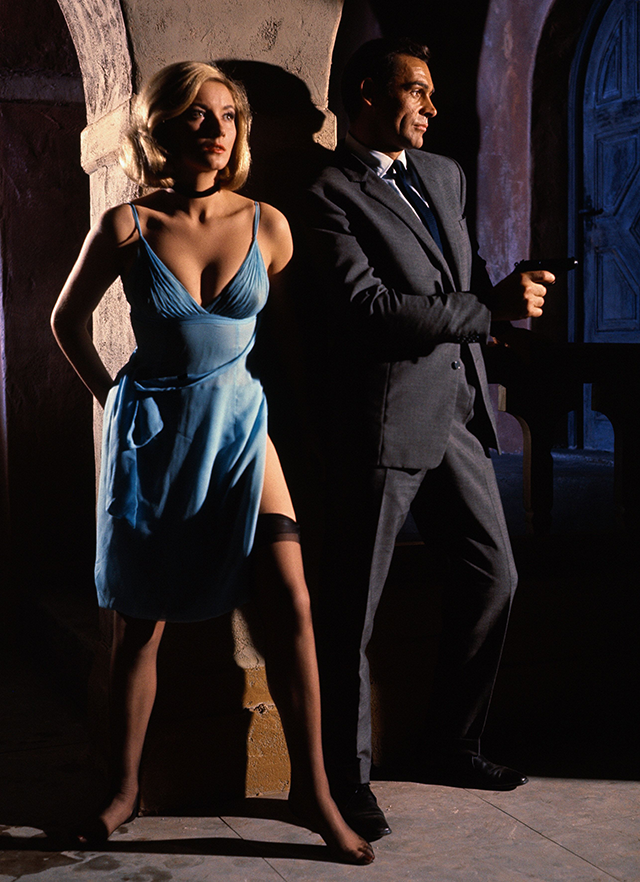 Friends, Britons and fellow James Bond fans, lend me your eyes – I come to praise Sean Connery, not to bury him. One of the last few movie stars left over from the dying days of the studio system, and arguably the most famous British actor of his, or any, generation, Connery embodied the old Hollywood male lead aesthetic better than most of his contemporaries: the swaggering strongman, uber-confident in his intelligence, and rarely willing to brook much disagreement, in character or in real life. Devastatingly handsome and charming, Connery still seemed like the kind of man who you would avoid spending time with in a small room, more in the Spencer Tracy or Robert Mitchum mould of a star, especially when compared to the suavity of a Cary Grant, say, or perhaps more appositely, Roger Moore.

I won’t spend too much time on Connery’s opinions on how best to deal with women – if you’ve not seen his infamous 1987 interview with Barbara Walters or the comments from a Playboy interview in 1965, you no doubt soon will, as debate over his legacy rages. Nor will I address his views on Scottish independence, cast into peculiar relief by his years in tax exile in, first, Spain and then The Bahamas. 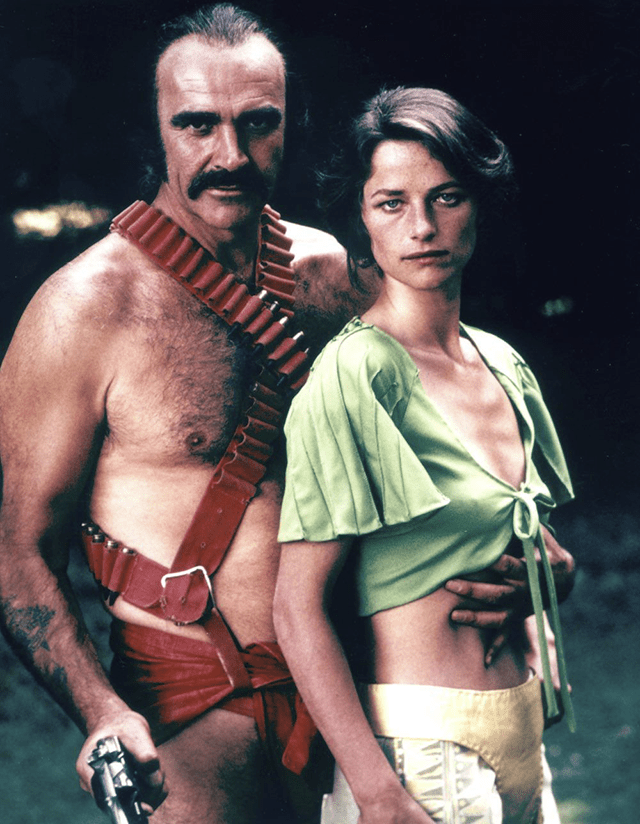 Instead, let’s focus on the films. Connery was the first actor to fear that Bond would banjax his career – but looking at the full filmography, so many of the other roles stand out: the Disney live-action Celt-sploitation of Darby O’Gill and the Little People from 1959; an early Hitchcock role in ’64’s Marnie (an odd one, whose reputation has been revived of late by some critics); the hippy sci-fi lunacy of ’74’s Zardoz; embracing his hairloss in 1986 by playing a monk detective in The Name of The Rose; and as the 21st century started, displaying a more emotional side in Gus Von Sant’s Finding Forrester.

Scanning through Connery’s work, you realise two things: firstly, that he worked consistently, releasing more than one film per year (on average) between his debut in 1954 and his final live-action role in 2003. And secondly, that he was actually never far away from old-school movie star, roles, even after 007. There’s Robin and Marian from 1976, plying an older Robin opposite Audrey Hepburn as the Maid; the boys’ own epic of 1975’s The Man Who Would Be King, alongside contemporary and close friend Michael Caine; 1981’s Outland – another foray into sci-fi, albeit with a Western sensibility. If anything, Connery seems to have understood that genre pictures suited him well and perhaps it is that which kept him in the public’s imagination and impersonations, and casting director’s Rolodexes for so long. 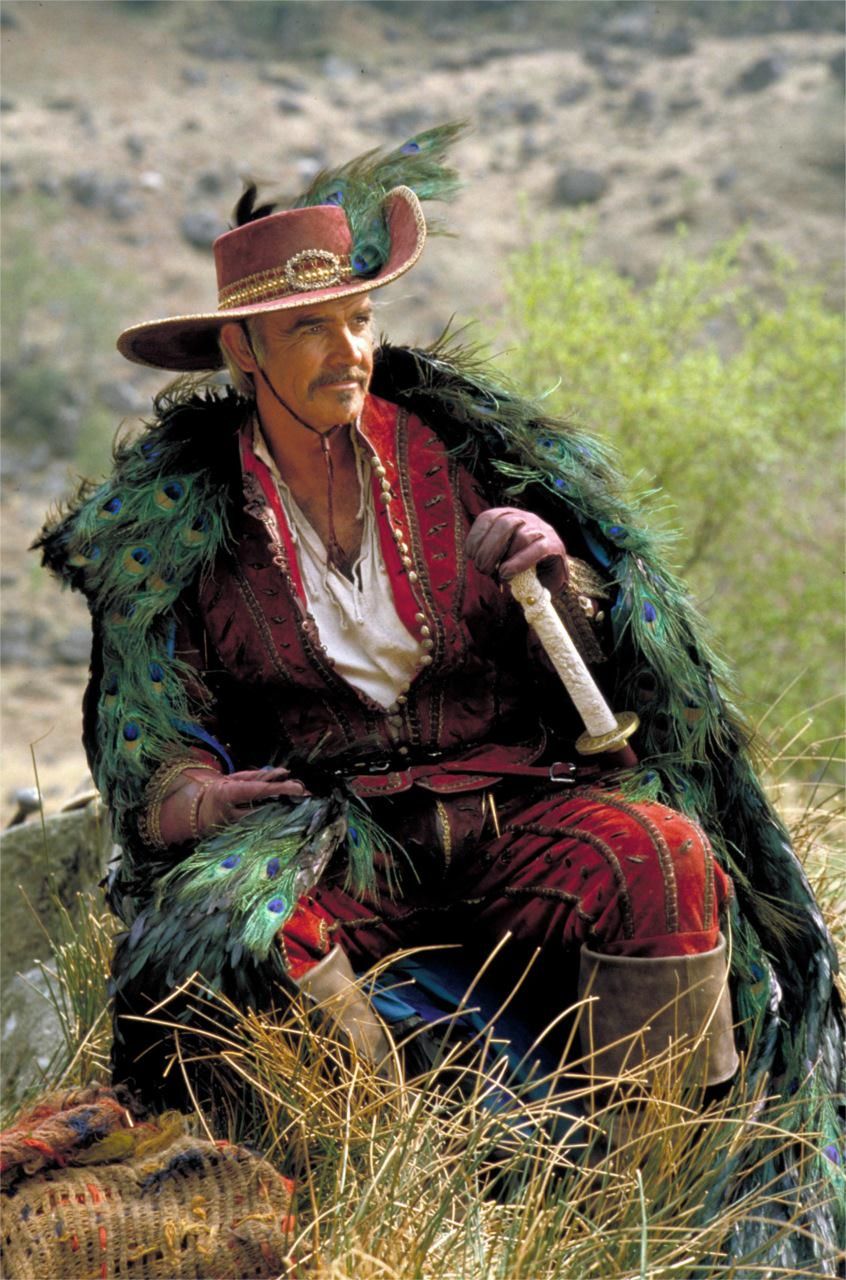 Connery seems to have had no issue picking up smaller, but iconic roles in the likes of Time Bandits (1981), and had a particular nous for playing the mentor in films where he, typically, overshadows the supposed lead – I’m looking mostly at you, 1986’s Highlander (and its first, terrible, sequel), but the same is also true of The Untouchables, for which Connery won Best Supporting Actor at the Oscars in 1987. Christopher Lambert and Kevin Costner do their best, but despite some dubious accents, Connery comes out on top both times.

For me personally – and I will come to Bond soon, I promise – I loved Connery’s 1990s work. Just as Pierce Brosnan had made Bond cool again (albeit briefly), so it seemed Connery became one of the world’s most in-demand stars. Leading into the decade by playing against type as Henry Jones Jr. in Spielberg’s closer of the Indiana Jones trilogy, Indiana Jones and the Last Crusade (’89) – Connery arguably plays against type as a pacifistic pointy-head, learning the ways of the world from his rough-and-tumble son. In The Hunt for Red October (’90), Medicine Man (’92), which always seemed to be on BBC1 when I was a kid, and the less well-known Rising Sun (’93), Sean developed an ‘aloof expert’ persona, perhaps most powerfully evoked in 1996’s Michael Bay pseudo-Bond The Rock and 1999’s Entrapment. For me, though, the cameo at the end of 1991’s Robin Hood: Prince of Thieves as the returning King Richard somehow takes the cake – the final bizarre twist, in a consistently bizarre Hollywood revision of the quintessential English legend, having the world’s most famous Scotsman play the Lionheart. 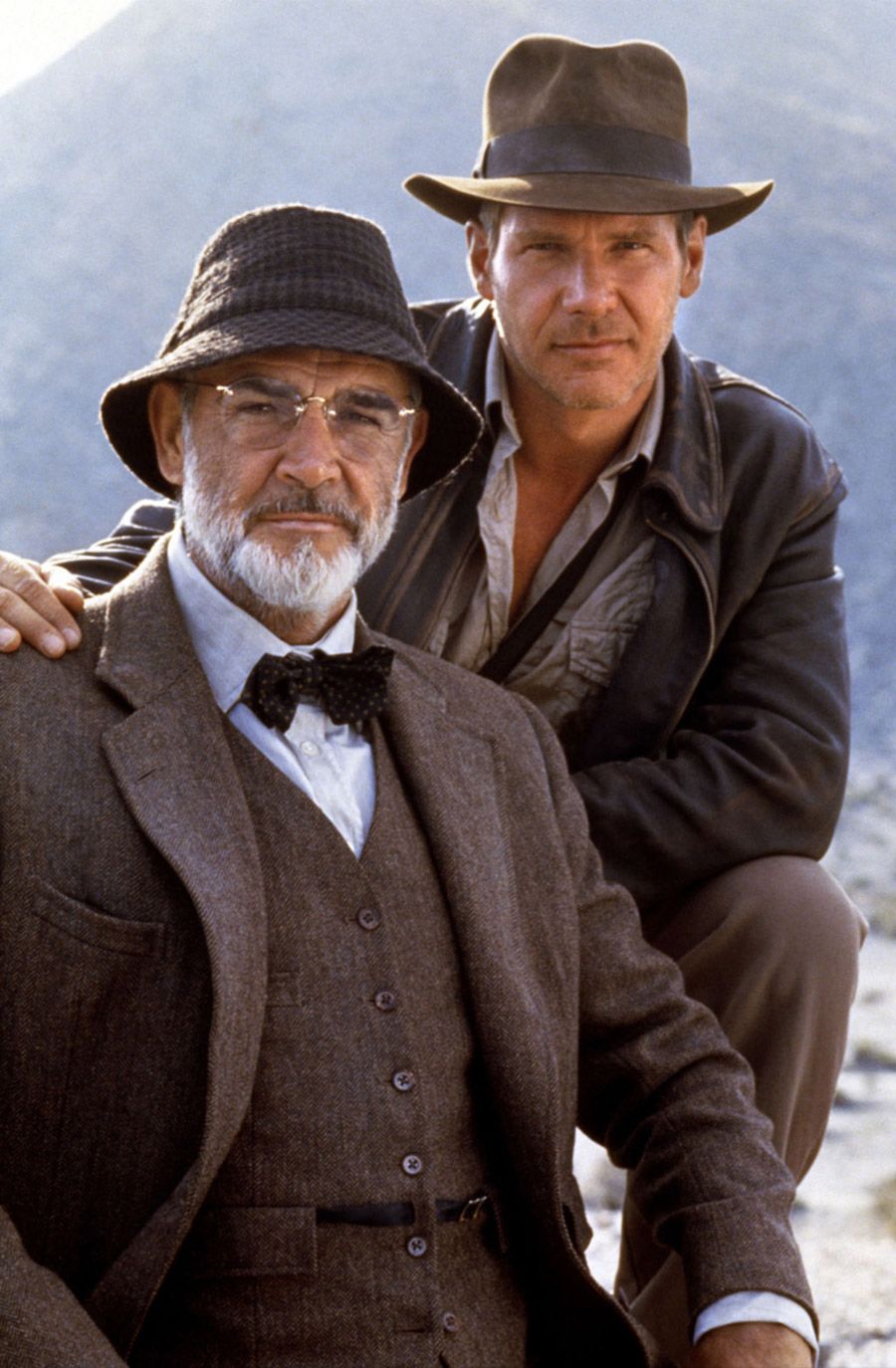 But, of course, Connery was, and perhaps always will be, seen as Ian Fleming’s James Bond, 007. Never favoured by the character’s creator, Connery perhaps gave Bond a relatability that other, more upper-class actors could not have given the role. Indeed, for the public, Connery is still the most iconic Bond, even though it has been some decades since his last official EON production – 1971’s Diamonds are Forever – and Roger Moore having performed the role in more films. In the lulls between Bond films, the question of whether the franchise still has relevance is often raised. And, admittedly, the sexual politics of the Connery films are a challenge for 21st century audiences – not least Goldfinger (1964), which features Bond’s successful seduction of lesbian aviatrix Pussy Galore.

Yet the sense of Connery as national treasure/national hero still chimes and allows him to pull off the cold-blooded killing, the slaps on the buttock, and the quips – particularly the “I must be dreaming” line when first introduced to Honor Blackman’s airwoman. It is perhaps the consistency of his Bond films, where the only minor duds are 1965’s Thunderball and 1983’s unofficial and ill-advised, if workable, Never Say Never Again, that made Connery so closely associated with the role. Indeed, it is perhaps no surprise that the franchise has repeatedly returned from the whimsy of the Moore/Brosnan characterisation to the cold hard steel of the Dalton and Craig incarnations. Craig in particular owes much to Connery – from the suits, to the black-as-night sense of humour: strange, given that it is now Bond himself who is treated as a sex object in the latter films. For one, I’m glad that Connery was not persuaded to appear in the high-watermark of the Craig era, 2012’s Skyfall. To have one Bond appear as the other’s father-figure would have pulled the series into a Doctor Who multiverse-type contradiction and would have only served to undermine its latest star. 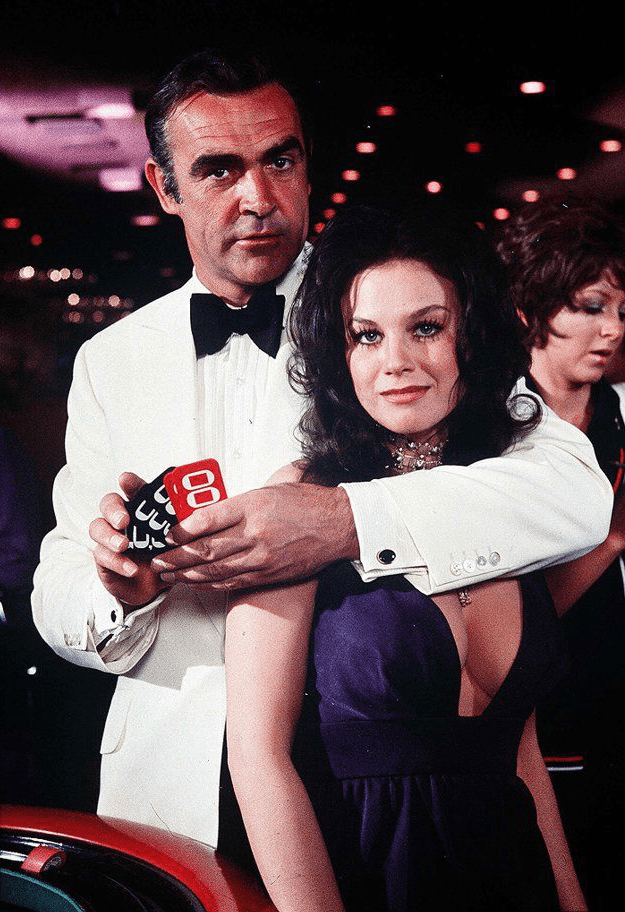 Connery seems to have acted as a brake on the oddest aspects of those early movies. His laconic expression and never-surprised countenance, is unconcerned by Q’s wacky inventions, or SPECTRE’s latest plans. From Russia With Love (1963) is probably the best movie on a technical level, with its noir-ish shadows around Istanbul, Robert Shaw’s 00-imitator and the love triangle between Bond, Soviet defector Tatiana Romanova and her handler, Rosa Klebb. But for me, it was always ’67’s You Only Live Twice that rose to the top: establishing many of the tropes associated with the Bond films, yet taking the character to Japan. Connery handles many of the more bizarre scenarios with that always bemused, but ultimately straight poker face – including Bond’s ‘surgery’ to look like a native of a Japanese island, and his enforced marriage to a local woman.

And, in a way, that’s the rub with Connery. Who better to play aging kings, semi-immortal swordsman, and the walking embodiment of British Imperialism? The formal able seaman and bodybuilder, who had rumbled with gangs in 1950s Edinburgh, learnt the ways of the British elites from Dr. No director, Terence Young in preparation for his star-making role, and never looked back – other than to champion the independence cause for his country. This was not someone who had time to mince words or gave much thought as to what you felt about it. Bond was always a throw-back, even by the time he made his debut, and reflects Britain’s uncertainty about its place in the world, post-World War 2. Connery, in making the character flesh, gave audiences on both sides of the Atlantic something familiar and yet distinct.

So, now that the last of the chain-smoking matinee idols has left us: try and remember him that way, at the baccarat table, in black tie, looking down the camera at you. An old-fashioned man in a swinging decade, making one improbable death-defying escape after another. If only real life worked that way too. 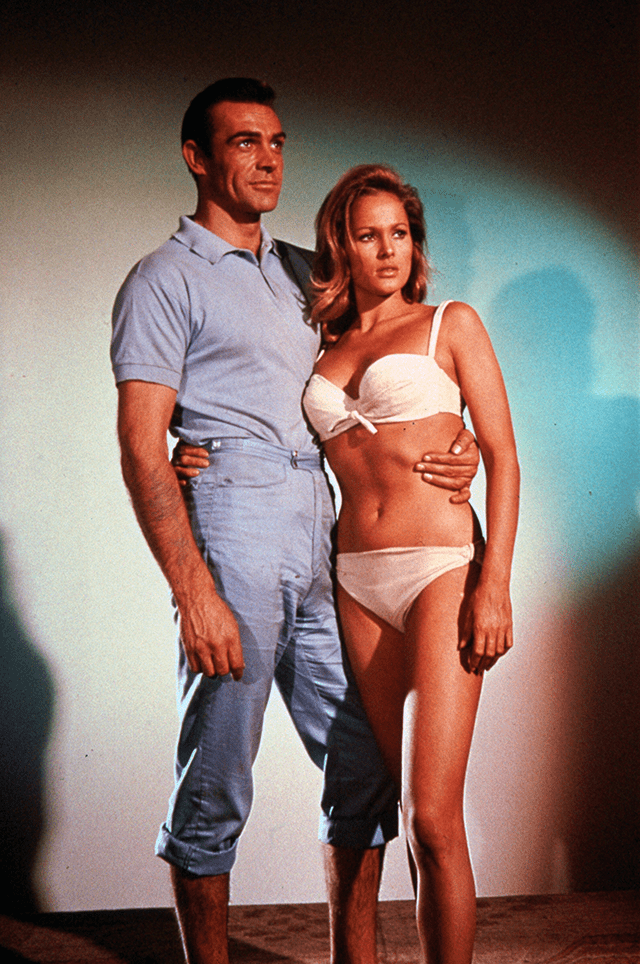