In a time when cinema is dominated by weighty comic book adaptations, often featuring serious dudes in dark colours, a movie backed by a sensible budget appears, starring an irreverent hero (of sorts). Our protagonist seems to relish pain, treats all situations with jet-black humour, loves a pop-culture reference and breaks the fourth wall at will. What is the movie?

It’s Deadpool, of course. And it became 2016’s smash hit, flipping the wisdom that you couldn’t make an R rated superhero movie, and that the only superhero films the public wanted were deadly serious, a la Nolan’s The Dark Knight trilogy. It pushed Ryan Reynolds into the A-List proper, made a somewhat obscure X-Men character as big as Batman and put the phrase ‘Negasonic Teenage Warhead’ on everyone’s lips. But, while Deadpool launched a new franchise, the question posed above could also be answered by 1995’s Tank Girl – and on a $25 million budget, it made back only $6 million and was largely seen as a misguided career-ender for star Lori Petty and director Rachel Talalay. 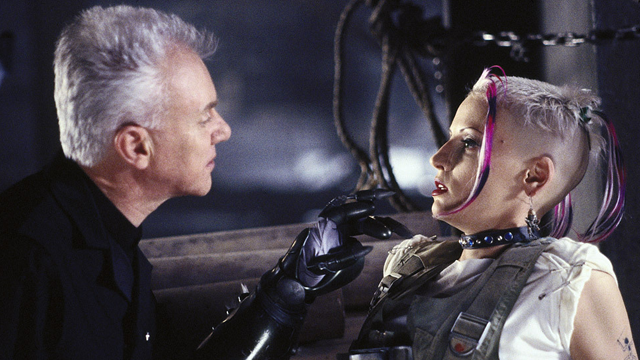 But why? Clearly the cultural landscape of the mid-90s was very different from the mid-2010s, but comic book movies generally follow a very simple set of rules, and arguably Tank Girl’s biggest weakness is its proclivity towards the formulaic three-act structure, leading to a final showdown between its titular hero and its villain, played with manic glee by Malcolm McDowell. It follows a wobbly path to get there, admittedly – the gender-reverse photoshoot at the arms depot; the Cole Porter dance routine at the brothel; the animated sequence – so maybe even the comic book enthusiasts were put off by the movie’s quirks. For a movie with the word ‘tank’ in its title, it’s not exactly special-effects heavy either.

But, truth be told, it’s hard to look past the gender of its central characters – girls Tank and Jet (an early role for Naomi Watts) – and its director. In terms of comic book movies, Catwoman and Elektra are two of the very short list of female-led pictures and also have the ignominy of being two of the genre’s notable failures, with the former being almost universally panned. As with Deadpool, it has taken until this decade and a character as huge in the DC Universe as Wonder Woman for another of cinema’s commandments to be broken: now, a woman can be the lead in a successful superhero movie. Tank Girl’s protagonist is a sexually-liberated, confident, independent woman who, quite literally, spits in the face of her oppressors. McDowell’s Kesslee doesn’t want to beat Tank Girl, he wants her to join him. But she refuses to be co-opted by the mainstream. 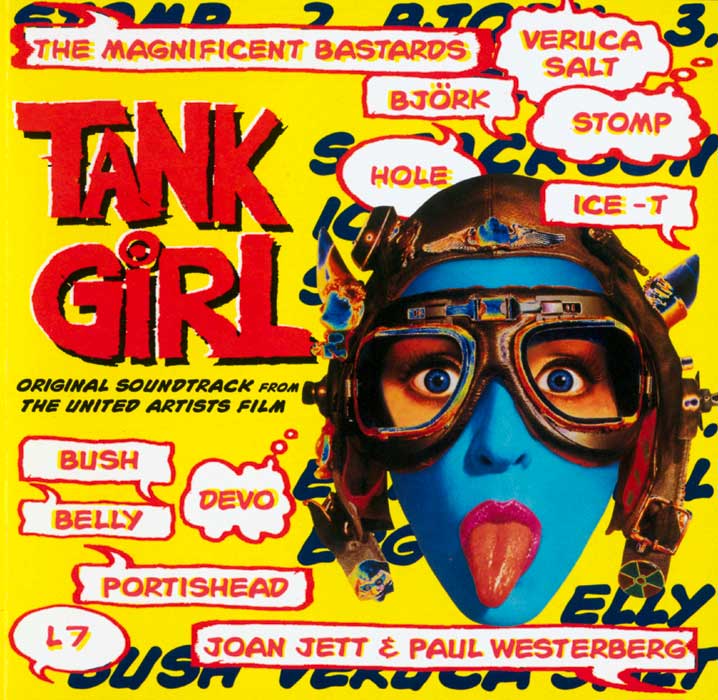 It’s the fault of riot grrrl, of course. There’s a bold, alternative spirit to Tank Girl, thanks in no small part to its soundtrack, featuring Hole, L7, Belly and Veruca Salt, plus forerunner Joan Jett, and tracks from [both] Björk’s Debut [and Post]. Hole’s frontwoman Courtney Love was recruited to put together the album, and it shows – indeed, there’s a clear sartorial link between Tank Girl/Rebecca’s clashing look of aggressive sexualisation and the stylings of Love. Tank Girl is the “girls, down the front” experience in movie-form. Gender-roles are frequently reversed and aggressors and sexual predators, both male and female, are revenged upon. It’s the anithesis of the Hollywood climate that has led us to the era of #MeToo. And it passes the Bechdel test with a bullet. 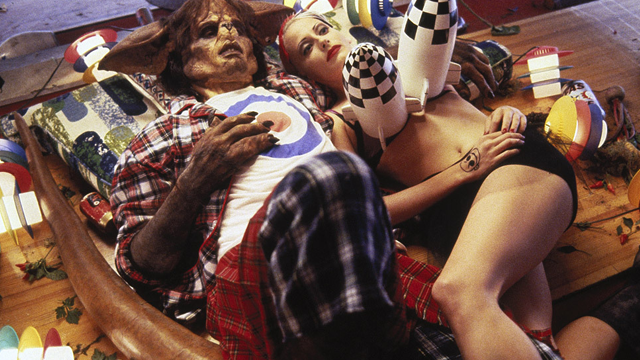 On a filmic level, it’s hard to really find fault with the movie. It’s daft, irreverent and overblown – but it’s meant to be. It seems odd that in an era when Pulp Fiction, Natural Born Killers and The Big Lebowski were taking postmodern cinema to a new level, it seems churlish to complain about Tank Girl’s fripperies. It’s funny, in a easy-breezy way, innovative in its use of animated sequences, has solid model VFX work and its cast are sterling. This is particularly true of Petty who is an electrifying screen-presence, whose work, much like her later role as Lolly in Orange is the New Black, hints at Rebecca’s troubled past. This is, after all, a post-apocalyptic world in which water is as precious a resource as oil. 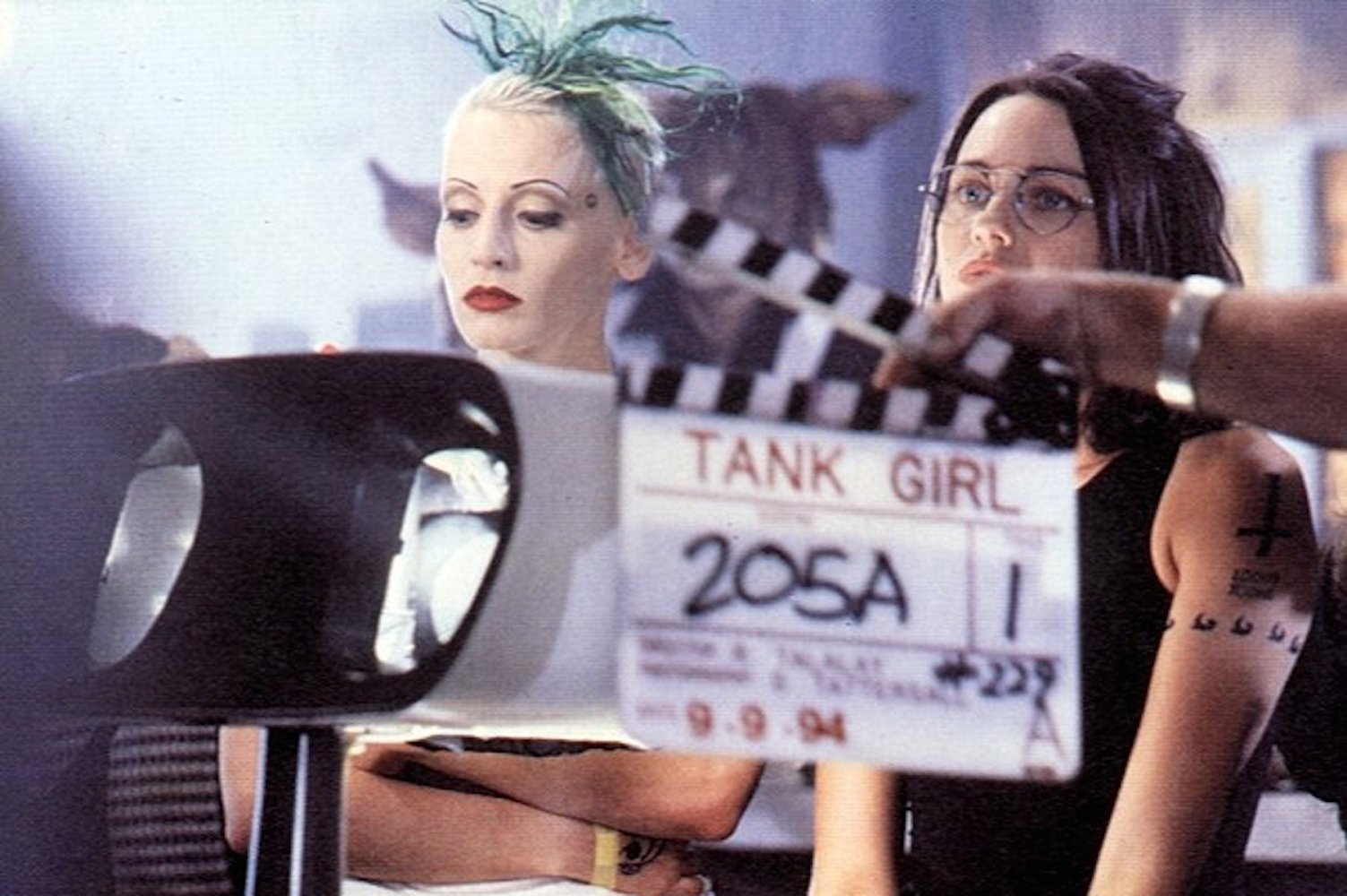 Given the perilous nature of comic book adaptations, Tank Girl is a breath of fresh air that realises Jamie Hewlett’s work in a manner that has subtle, but no less important, political and cultural observations that are as relevant now, as they were in 1995. Its worth remembering that Sylvester Stallone’s foray into the world of 2000 AD, playing the titual role in Judge Dredd, opened in the same year as Tank Girl, barely breaking even on its $90 million budget. And while both films suffer from being too bold for mainstream audiences, only Tank Girl really doubles-down and believes in its own nonsense. With its solid-gold soundtrack, never-bested heroine and always fresh alt. politics, it seems that Tank Girl is a movie that will get reappraised and reclaimed by each new generation, reincarnated like the spirit of a mutant kangaroo.