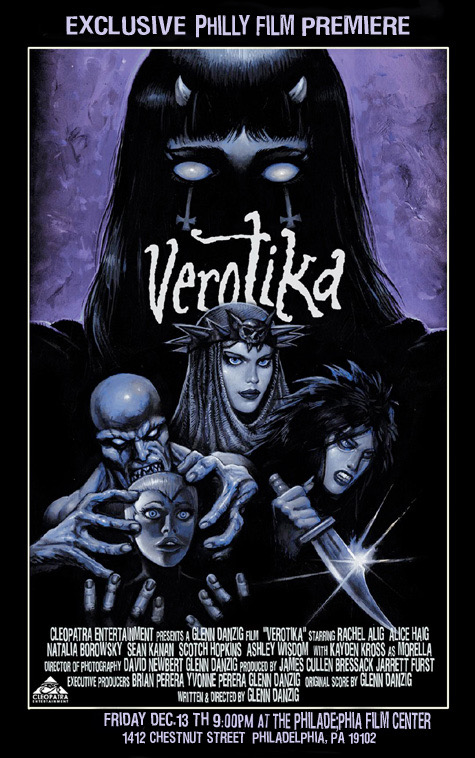 If you’re like me, your interest in anything Danzig related was piqued the moment it was announced he was working on a movie. Unfortunately, the promise faded with ever passing time. When it finally arrived in the form of a small, independent theater tour with live commentary by the man himself, there wasn’t a ton of elation but more of a dusty thud.

But circumstances changed my mind. Not long ago, I and a buddy saw the Misfits live, featuring what many people consider to be the definitive lineup; Danzig, Only and Doyle. It was a fantastic show and a huge bonus for me was Suicidal Tendencies opened for them (Pledge allegiance, ST!). Then it went public that the guys, due to a legal agreement, would be performing only 10 shows in a few years (we’ll see if that stays true). Tickets were extremely expensive, but it was worth every penny.

The final show happened to be scheduled for my hometown and so it was a bit of a dilemma whether not to see them again, invest even more money, most likely see and hear a similar set and minus the mighty ST, who by this point were off doing their own thing.

Coincidentally, the final stop on the Danzig Presents Verotika movie tour was happening the night before, on Friday the 13th no less. Having the opportunity to see another side of Danzig, for only twenty bucks no less, seemed like serendipity. We bought tickets and I actually started to get pretty jazzed to go.

It was dark and rainy…the night of the movie. How appropriate! Supposedly, the venue was sold out. That’s possible, I wasn’t really paying attention. But it was pretty clear that this was a crowd of huge fans. It was also clear that if Danzig and The Misfits leave a legacy, it’s one of swag production. There were more themed t-shirts than surely this side of a Kiss concert.

Let’s cut to the chase.

The lights went down, Danzig came out, the crowd went nuts, he said a few words about the intended pace, structure and level of gore in the three stories contained in the film and graciously thanked everyone for coming out. There was an odd comment about Philadelphia architecture that I didn’t really catch, something about how cool it was that the buildings here had so much history, and the film started.

There are so many Verotika reviews online discussing whether the film is good (it isn’t) or bad (it is), it’s actually moot to tear the film apart, analyzing what worked (not much) and what didn’t (uh…). Instead, let’s look at the interesting similarities between this and David Cronenberg’s 1977 zombie-ish Rabid. 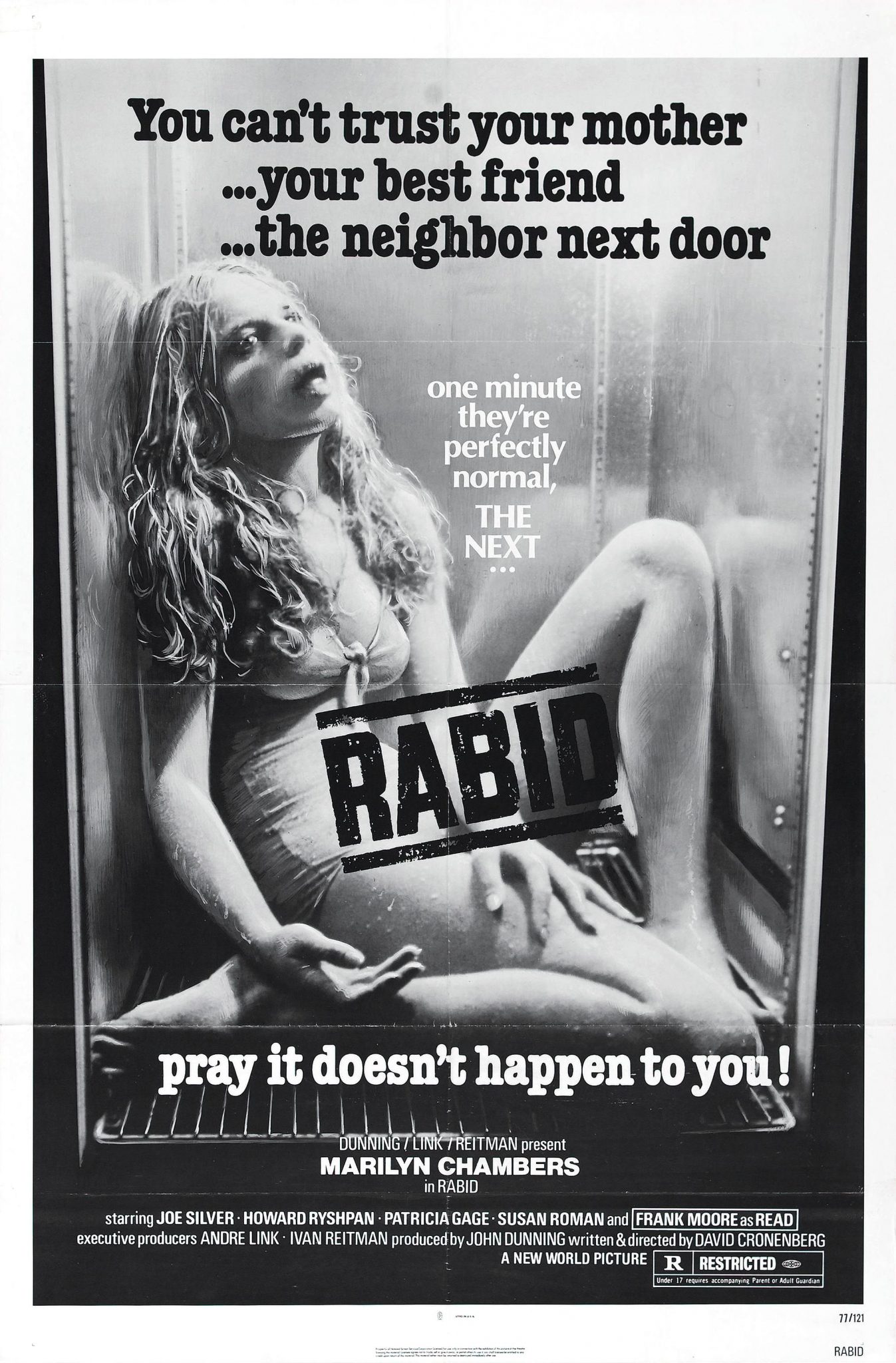 The cast of Verotika clearly showed up to just do a job. Some were more prepared than others, though it would have been inconceivable for any actor to be able to deliver a performance given the dialogue and direction. The infamously rough Philly crowd’s reaction was the expected guffaws and laughter at the subpar result. It was impossible not to join them in their assessment, though I will say that the Verotika cast did give it their all. They just didn’t have the tools or guidance to delivery anything but pure cheese. Could they have stepped up? Who knows. Maybe?

In Rabid, Chambers comes across in a far better light. In my mind, I think this must surely be attributable to the presence of Cronenberg. Some directors are born with a gift, while some work hard at their craft to build the skill. Cronenberg is one of the lucky few to be the former, though he may argue with that, claiming to have toiled, bled and suffered for his craft. 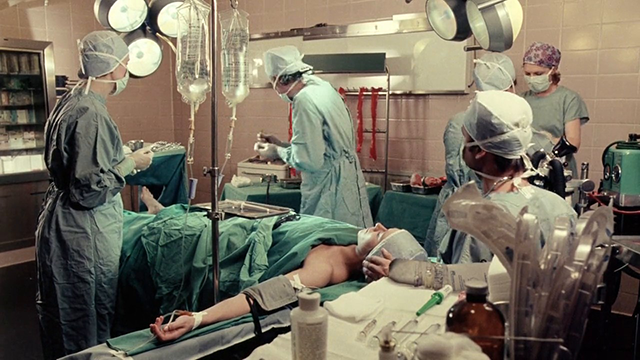 In comparison, Danzig took on a huge project and had so much confidence in himself that he left himself open to painful criticism. Even the slightest faux paus and sign of inexperience paints a huge bullseye on him personally and professionally. During the discussion after the film, he indicated several times that he wanted to maintain control of all aspects. While I’m sure that was personally satisfying and contained the budget, surely the production would have benefited from a more experienced director and cinematographer.

For example, Danzig paid homage (he explained later) to one of his favorite directors by slowly zooming in on an actors face tightly, holding the shot for far too long, then zooming back out. The crowd’s reaction was laughter at the absurdity of it. It may seem trivial as you read this, but it was jarring and ridiculous at the time. 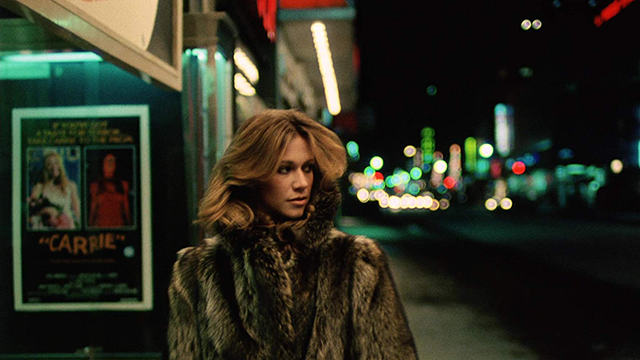 Like me and pretty much every other person on the planet, Danzig was not born with a natural gift to direct. I think he could be a skilled director with time, effort, guidance and smaller projects. He has the enthusiasm and needed ego to tackle a job like that. And he should just hire a cinematographer who can and will integrate the things he wants included. I hope we get a chance to see all of this in his next project. He announced a full length vampire Western that features the same cast. That made me sad, as I was hoping he’d focus on one job.

Rabid does have some 70s cheese to it. How couldn’t it? It’s a product of its time. In light of today’s viewer sophistication, the pacing is a tad slow and both of the featured vehicle accidents include mid-air explosions that would never happen in real life. I dare say, not many viewers will even make note of such things. Cronenberg is a master storyteller and his specialty is horror highlighting grotesquely subtle perversion. It’s done with an Hitchcockian skill, never smearing your viewing experience and always allowing your mind to fill in the darkest details. 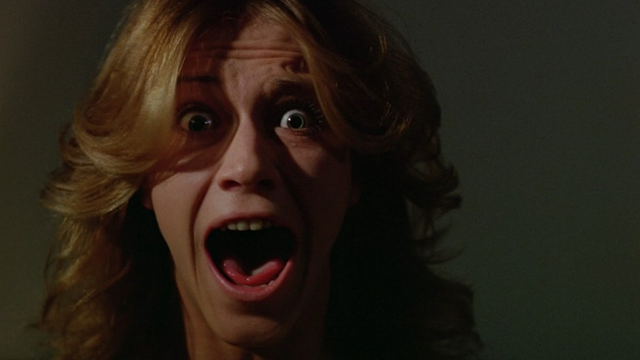 So what’s the upshot? Who wins this round? For being a justifiably cult classic, you can’t beat Cronenberg’s Rabid. It may present as a mild zombie outbreak flick, but it also has many undertones. Is it making a comment on AIDs and dangerous sexuality? That’s left to us. Regardless, Rabid is a must-see if you’re interested and in the mood.

In comparison, the three Verotika stories progressively contain less and less plot and character development, until we’re literally left with just a bathtub of blood. If you’re in the mood for ridiculous Z-level horror flick that has an interesting production history, featuring a cast of non-actors that you’re going to giggle at and roll your eyes at the entire way through, then you could actually do worse.

Ain’t nothing wrong with that!