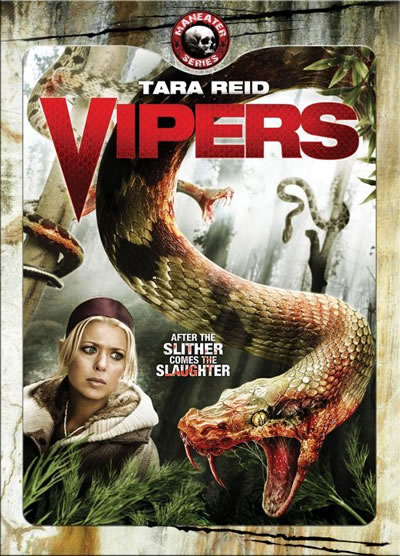 Vipers is a 2008 film directed by Bill Corcoran starring Tara Reid (yes, Vicky from American Pie herself) and Corbin Bernsen .

An army of vipers has been mutated by a scientist in order to create a cure for cancer, But, as there is always a but in those films, the experiment goes wrong, and all the vipers escape into the woods, making their way into a small town, killing the Locals. END_OF_DOCUMENT_TOKEN_TO_BE_REPLACED 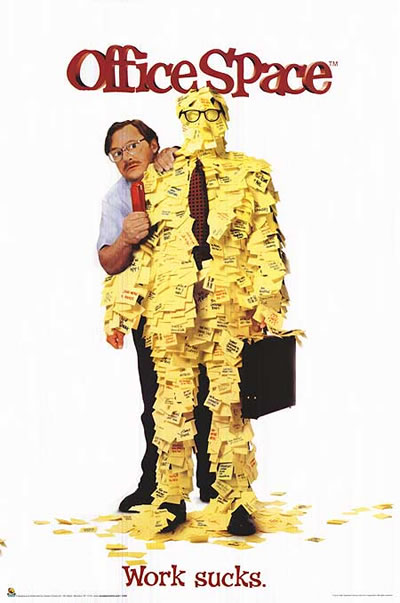 This time I wanted to cut away from the usual “hard to find” movies that I like to review for a cult classic: Office Space.

This is not your usual B movie but was surely not destined to the fame it gained over the recent years.

It can be summarised in this quote: “Work Sucks”, I know it, you know it, basically we all do. END_OF_DOCUMENT_TOKEN_TO_BE_REPLACED

Domesticated zombies acting as docile pets? Is that even possible?

Yes it is, in this strange Zombedy called Fido where a boy is offered a zombie as company around the house… or is it really?

Welcome to the small town stuck in the 1950’s called Willard. When Earth went through a nasty dusts’ cloud the dead came back to life and decided to eat the living (as in any good zombies movies). And they did until a collar was invented that made them as good as any doggy out there. END_OF_DOCUMENT_TOKEN_TO_BE_REPLACED

What about a French movie? And what a movie!!! Explosions, chases, great storyline and charismatic actors… it is by far my favourite French movie, and here is why:

The charismatic criminal Dobermann (Vincent Cassel), who got his first gun when he was christened, leads a gang of brutal robbers with his beautiful, deaf girlfriend Nat the Gypsy (Monica Bellucci). After a complex and brutal bank robbery, they are being hunted by the Paris police. The hunt is led by the sadistic cop Christini (Tchéky Karyo), who only has one goal: to catch Dobermann. At any cost. END_OF_DOCUMENT_TOKEN_TO_BE_REPLACED

Another French Flick, an horror one, (and they don’t have that many to be honest with you) One that tells the story of a couple spending some time alone ( by alone I mean in the middle of nowhere with no-one, nothing to do and of course it is dark… everyone’s favourite destination when it comes to holidays.

But Nevertheless, this is where Co-writers and directors David Moreau and Xavier Palaud decided to send them…

END_OF_DOCUMENT_TOKEN_TO_BE_REPLACED

One of my all time favourite of all time, I watched this one I was a kid and to my surprise, I enjoyed it as much as the first time, even after all those years.

On vacation, the composer John Russell and his family are the victims of an accident that claims the lives of his wife and daughter. Grieving, John, decides to rent an old Mansion. The house seems perfect and everything that John needs to write music and forget about the past. But, and there is a but… he is not alone.

END_OF_DOCUMENT_TOKEN_TO_BE_REPLACED

Here we go, if there is one movie that delivers what it says in the title it has to be this one; strippers, boobs, rotten flesh and tones of gore… for fans of the genre.

In the near future, Bush has just been reelected to his fourth term. Scientists created a virus that let soldier fight even when dead, yes, basically transforming them into zombies. One of them escapes and takes refuge in a strip club, as we would do in this kind of situation…

END_OF_DOCUMENT_TOKEN_TO_BE_REPLACED

This week we will take a look at the Man Thing (2005), a movie based on a Marvel creature that not many of you would have heard of, I certainly didn’t being a fan of the Swamp-Thing from DC comics.

Basically, an oil baron drills oil wells in a sacred Indian swamp and awakens a mystical monster. When the monster rises from the depths of the swamp, seeking revenge, a string of deaths follows…

END_OF_DOCUMENT_TOKEN_TO_BE_REPLACED

B movies… When I hear those 2 words I am usually thinking B as Beautiful, Bizarre, sometime Brilliant but then you can come across:

“Shark in Venice” and all you have ever seen or heard becomes perfection in comparison.

Sharks, Venice, Stephen Baldwin and a scenario made like a Swiss cheese collide during 88 mn of fright, laughter and astonishment…

Here at Attack From Planet B we welcome to our family a new guest writer, Damian Ahuir from the Emerald Isle. A Lover of B-movie and runs the site Limited Release.

For his first contribution to the site, he brings us the review of the zombie spaghetti western, Undead or Alive by the director Glasgow Phillips.

So if you are in a for a true mash up and of genres there could be no better place to start than here, so enjoy. END_OF_DOCUMENT_TOKEN_TO_BE_REPLACED