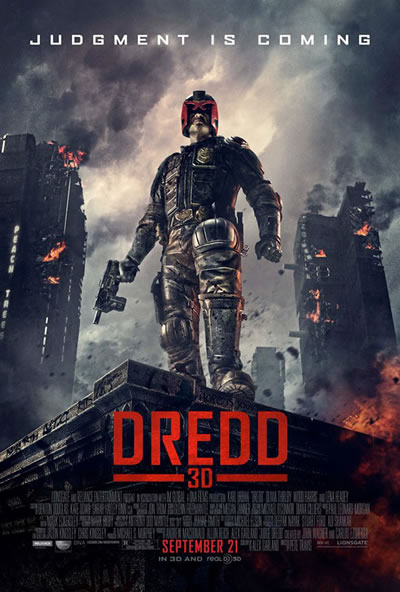 After the 1995 film tragedy that was Judge Dredd, are we really ready for a new take on the 2000AD character? It’s time to suit up and see if this feature is a better off Dredd!

So we go mainstream for a change here with Dom’s take on the latest comic book movie with a one of Britain’s greatest comic book characters ever, Judge Dredd. END_OF_DOCUMENT_TOKEN_TO_BE_REPLACED 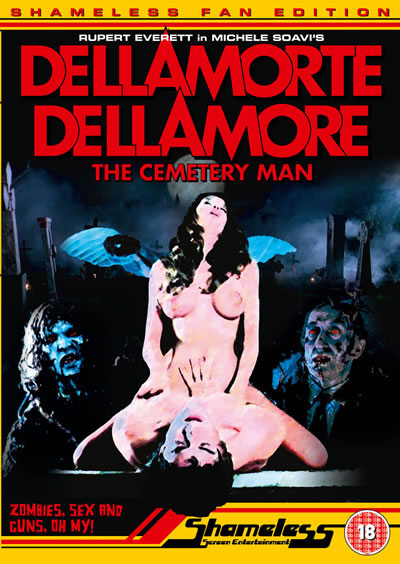 Considered by many Italian film fans, to be the great Italian horror (1997’s The Wax Mask by Sergio Silvetti is neither great nor a well made horror), Dellamorte Dellamore is part Evil Dead and part unhinged whimsicalness via Terry Gilliam. Directed by Argento protégé Michele Soavi, this last great Italian horror is based on the cult Dylan Dog comics by author Tiziano Sclavi.

So for more of the wonderfully great Italian horror by Michele Soavi thanks to Dom, enjoy. END_OF_DOCUMENT_TOKEN_TO_BE_REPLACED 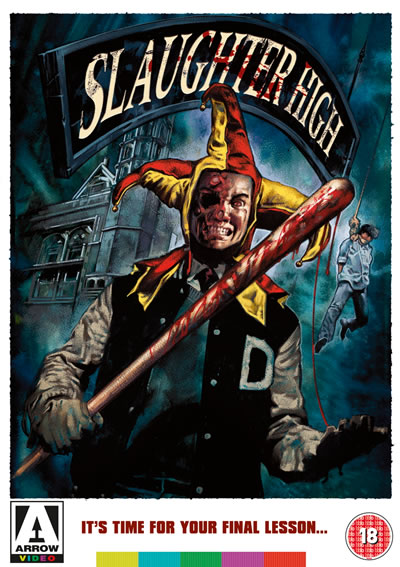 You can blame John Carpenter’s Halloween (but don’t blame the man himself) for the slew of events themed slashers that come, wave after wave before the dust had even settled. Everything from Birthdays through to Christmas has been used within a slasher context. Is there anything that hasn’t been put through the slasher grinder?

So indulge yourself in some bad film horror in the only way the 80s could. END_OF_DOCUMENT_TOKEN_TO_BE_REPLACED 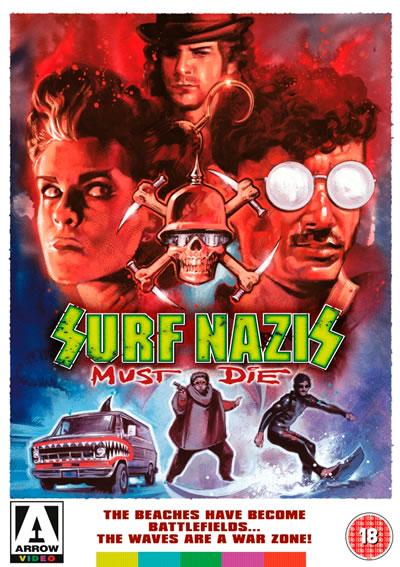 Question, what do you get if the California coastline is destroyed after an earthquake causing all of the beaches to be in a constant state of unrest and bloody chaos? Well the answer is simple, you’d get the Peter George / Troma cult feature Surf Nazis Must Die.

So continuing our look at Arrow Films latest releases of Troma films, Dom brings us this crazy feature, Surf Nazis Must Die… END_OF_DOCUMENT_TOKEN_TO_BE_REPLACED 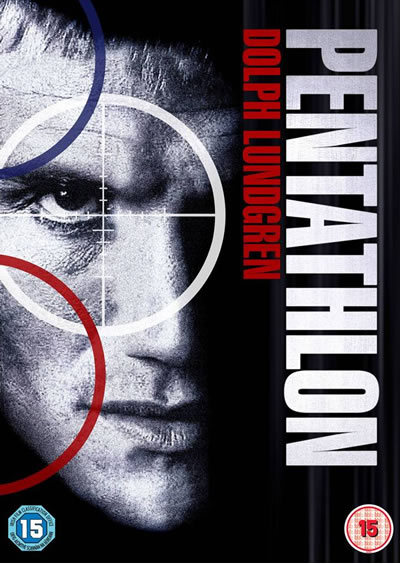 What runs, guns, swims, horse rides and fences through a neo-nazi played by David Soul? Well that would be olympic pentathlon contender, Dolph Lundgren. But the question remains is this sports thriller really any good?

Continue reading and Dominic O’Brien will reveal all if you can take the pass of the Pentathlon. END_OF_DOCUMENT_TOKEN_TO_BE_REPLACED 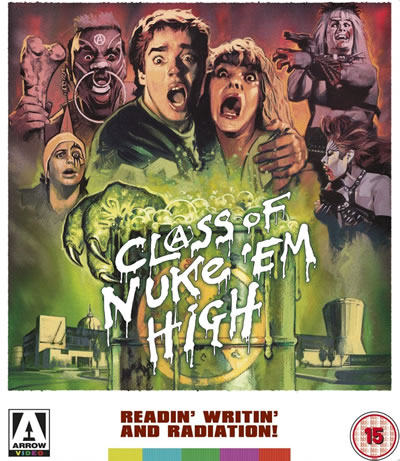 In conjunction with our latest Troma competition and the 3 new releases from Arrow Films & video we will be bring you reviews of these great titles, starting of with Class of Nuke’em High. Dom brings us his take on the gooey goings on at Troma’s dysfunction high school and a look at how Arrow Films as brought it to us with their new Blu-ray release.

So what are you waiting for? And once you’ve checkout our review head over to the Troma Competition and enter.
END_OF_DOCUMENT_TOKEN_TO_BE_REPLACED 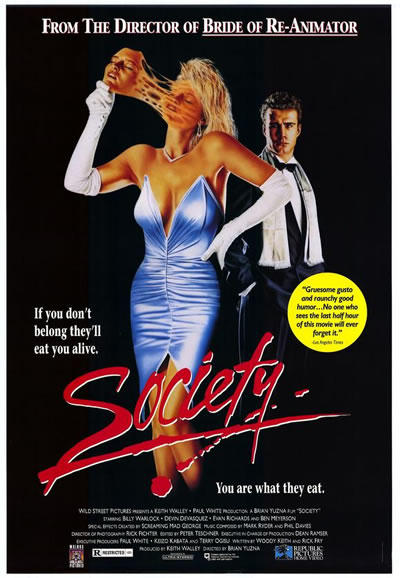 What a way to celebrate the end of the working week, but with some classic late 80’s VHS horror, thanks to Dom. This week he brings us the VHS hidden classic Society, which even now is still a deliciously perverse comedy horror gem.

So head on inside for some body horror of a different kind from director Brian Yuzna, and staring everybody’s third favourite Baywatch star, Billy Warlock. With family issues, social statements and the true meaning of the phrase “butt-head”, you won’t be disappointed.
END_OF_DOCUMENT_TOKEN_TO_BE_REPLACED 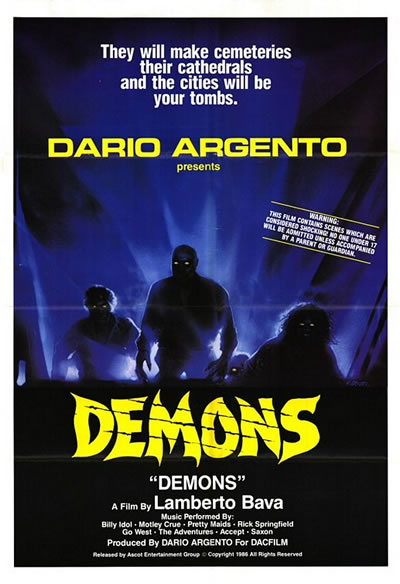 Dom brings us an Argento classic in Demons, just in time for Arrow Videos new re-release in a new shiny box, where a group of people are trapped in a large West Berlin movie theater infected by ravenous demons whom proceed to kill and posses the humans one-by-one thereby multiplying their numbers.

So for a frenzied slice of gore heavy shock cinema that gives up on logic and instead assaults the screen with a riot of X-Rated violence head on inside to get all the demonic fun. END_OF_DOCUMENT_TOKEN_TO_BE_REPLACED 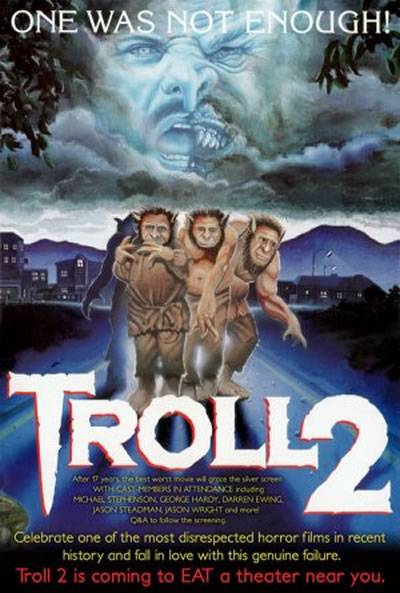 Thanks to Dom, we get taken on a journey that few have taken, but many should, if only to understand what can be created in the world of cinema ,be that magnificent or magnificently bad.

So ,head on inside for one of the cultyest cult films ever, where you will never look at sweet corn and the world of cinema the same way ever again.
END_OF_DOCUMENT_TOKEN_TO_BE_REPLACED 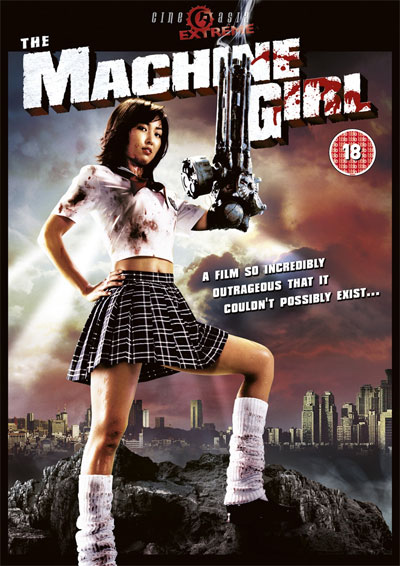 Attack From Planet B loves to bring to you, Dom’s Retooled and Remodelled look at the 2008 film The Machine Girl, where Ami Hyūga as an avenging high school girl is ready to take down the people responsible for her brother’s death, but she’s no ordinary girl, she’s THE MACHINE GIRL!
END_OF_DOCUMENT_TOKEN_TO_BE_REPLACED 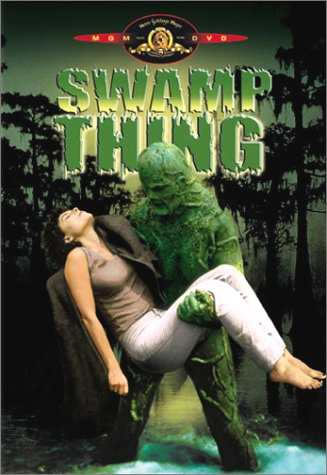 From its humble DC comic origins through to its decidedly B-Movie appeal, Swamp thing is one of more interesting comic book failures, overwhelmingly camp in places, with some incredibly dated effects work, but brought to us by one of the biggest cult directors going, Wes Craven.

Dom, takes us on a retrospective look into the wonderful world of DC’s Swamp Thing. Head on in to see what’s going down in the swamp… END_OF_DOCUMENT_TOKEN_TO_BE_REPLACED 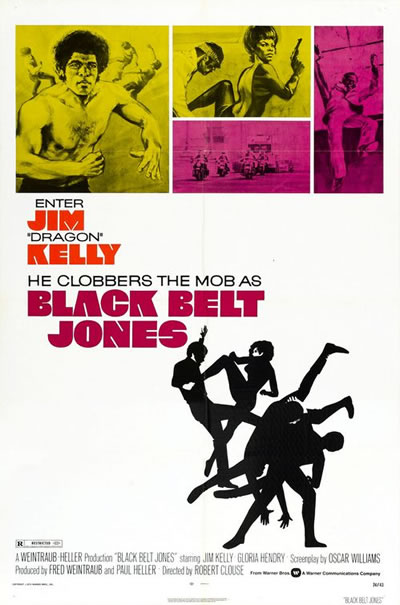 Honestly there is one subgenre within the viewing habits of the average cult film enthusiast that needs a little more love. Specifically this would be the Blaxploitation film from the 1970’s to early 1980’s. These films where really a breed of their own and utterly perfect for their time period.

So Dominic has brought us one of his favs, the Kung-fu Afro kicking, jive talking, smooth mother shut your mouth, Black Belt Jones. END_OF_DOCUMENT_TOKEN_TO_BE_REPLACED