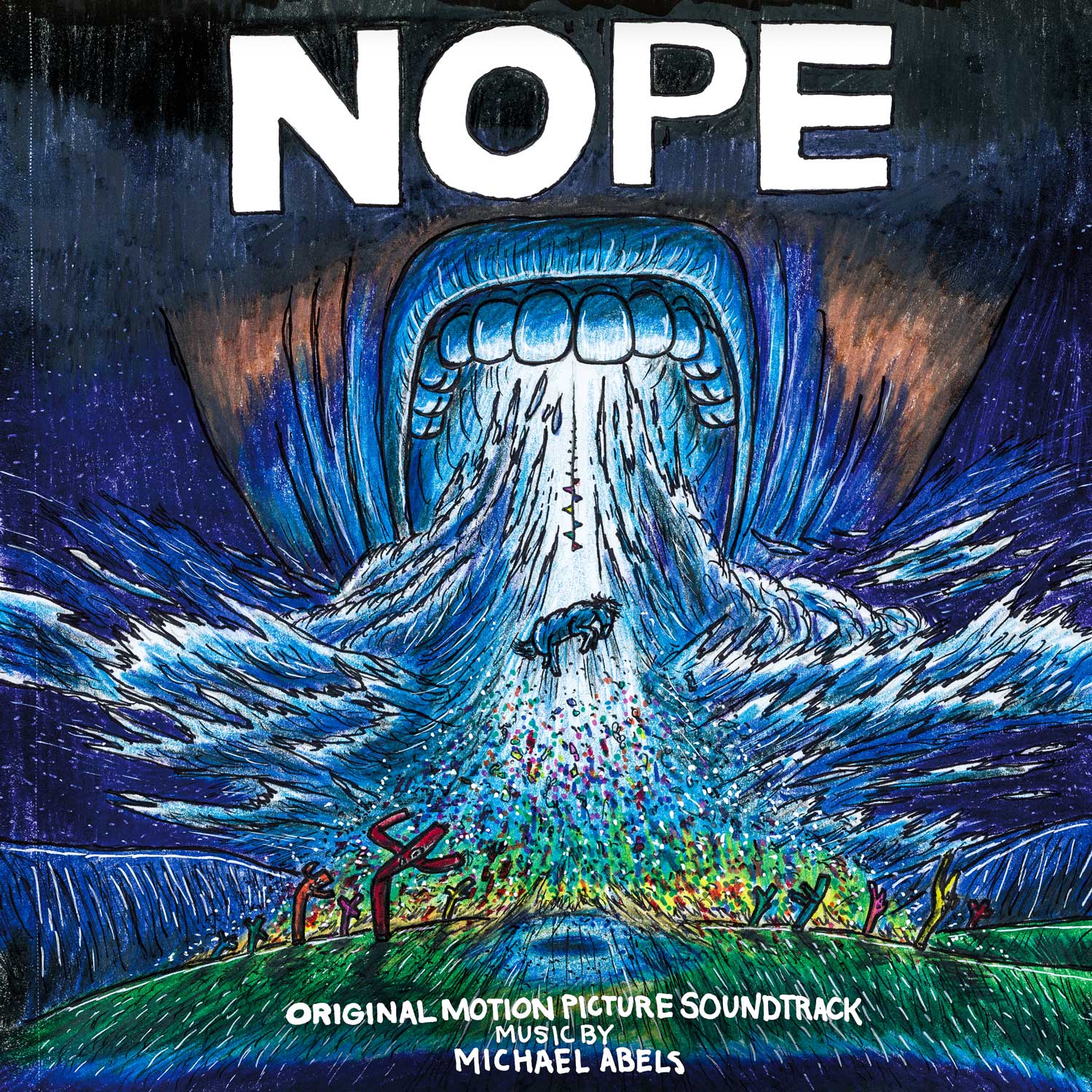 Waxwork Records in partnership with Back Lot Music is honored to release Nope Original Motion Picture Soundtrack by Michael Abels. Oscar winner Jordan Peele disrupted and redefined modern horror with Get Out, Us, and now the expansive horror epic, Nope.

The film reunites Peele with Oscar winner Daniel Kaluuya (Get Out, Judas and the Black Messiah), who is joined by Keke Palmer and Oscar nominee Steven Yeun as residents in a lonely gulch of inland California who bear witness to an uncanny and chilling discovery.

Nope marks Abels’ third feature film score with director Jordan Peele, having previously scored Peele’s Get Out and Us. The soundtrack also features an updated version of Corey Hart’s classic ‘Sunglasses at Night (Jean Jacket Mix)’, Dionne Warwick’s ‘Walk on By’, The Lost Generation’s ‘This is the Lost Generation’, Exuma’s ‘Exuma, the Obeah Man’, and a never-before-released gem by a young Jodie Foster, ‘La Vie C’est Chouette’ from the 1977 film Moi, fleur bleue. Jordan Peele says:

“Michael is one the most exciting composers working today – he has this amazing ability to create new sounds which was important for this film. He’s able to play in the familiar and in the unfamiliar at the same time, so that helps give every film its own character, and he has an incredible mastery of so many different music genres.”