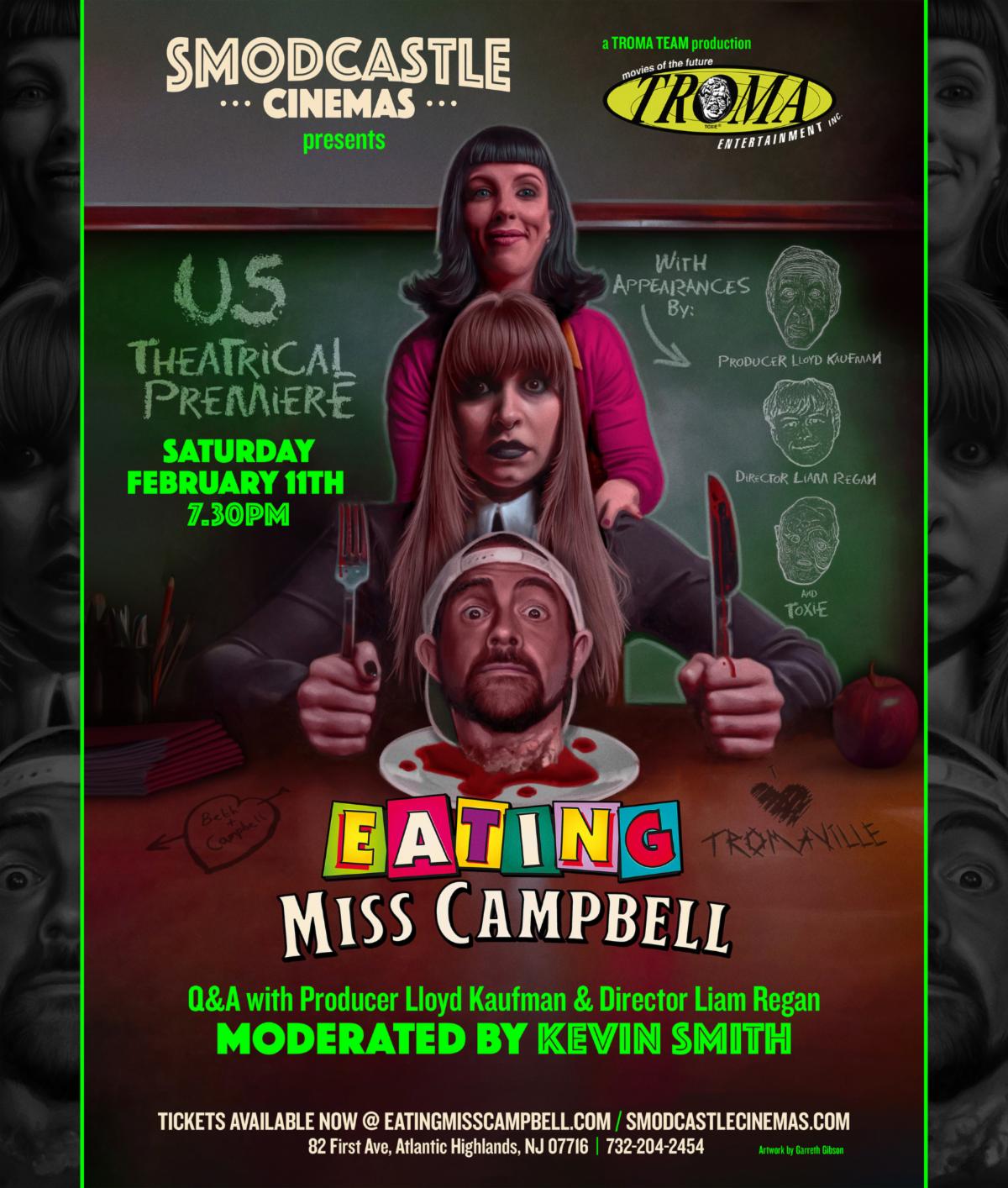 Joining them on stage will be New Jersey’s very own hideously deformed creature of superhuman size and strength TOXIE! AKA The Toxic Avenger! Tickets available from smodcastlecinemas.com 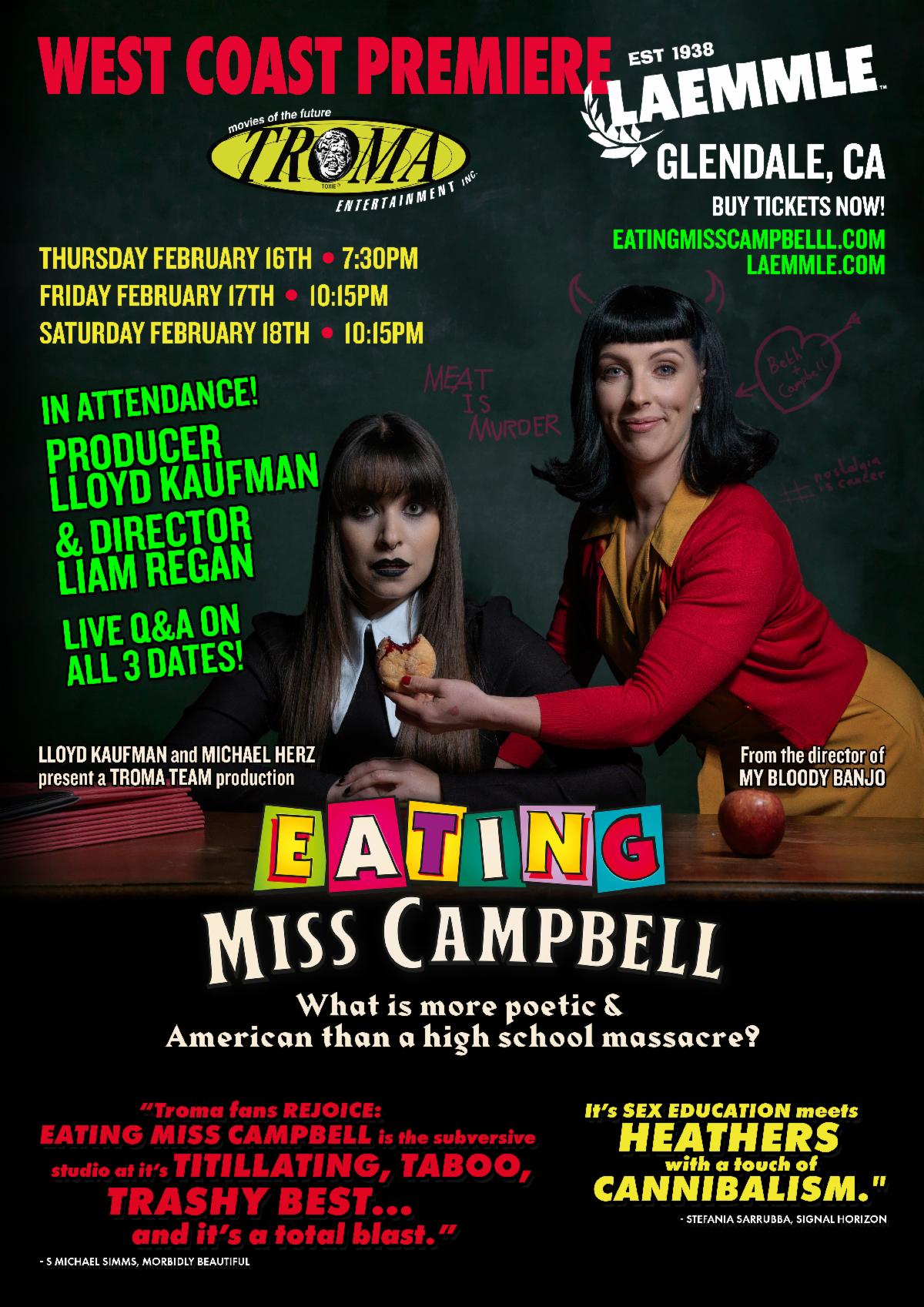 For all you lovers out there on the West Coast, Eating Miss Campbell will also screen on Valentine’s Weekend, 16-18 February, at the historic Laemmle Glendale. Tickets available from laemmle.com

Heavily influenced by the work of producer Lloyd Kaufman, filmmaker Liam Regan has lovingly crafted a Troma film where teenage crushes and cannibalism collide in a gut-busting and gore-soaked, comedy horror that pushes just about every boundary socially constructed. Kaufman proudly observes:

“Troma has an eye for discovering fresh talent whom deserve their place in cinema history. Eli Roth, James Gunn and Samuel L. Jackson have all emerged from the loins of Troma. Liam Regan is the next iteration of all three wrapped up in one magnificent visionary cinematic burrito!”