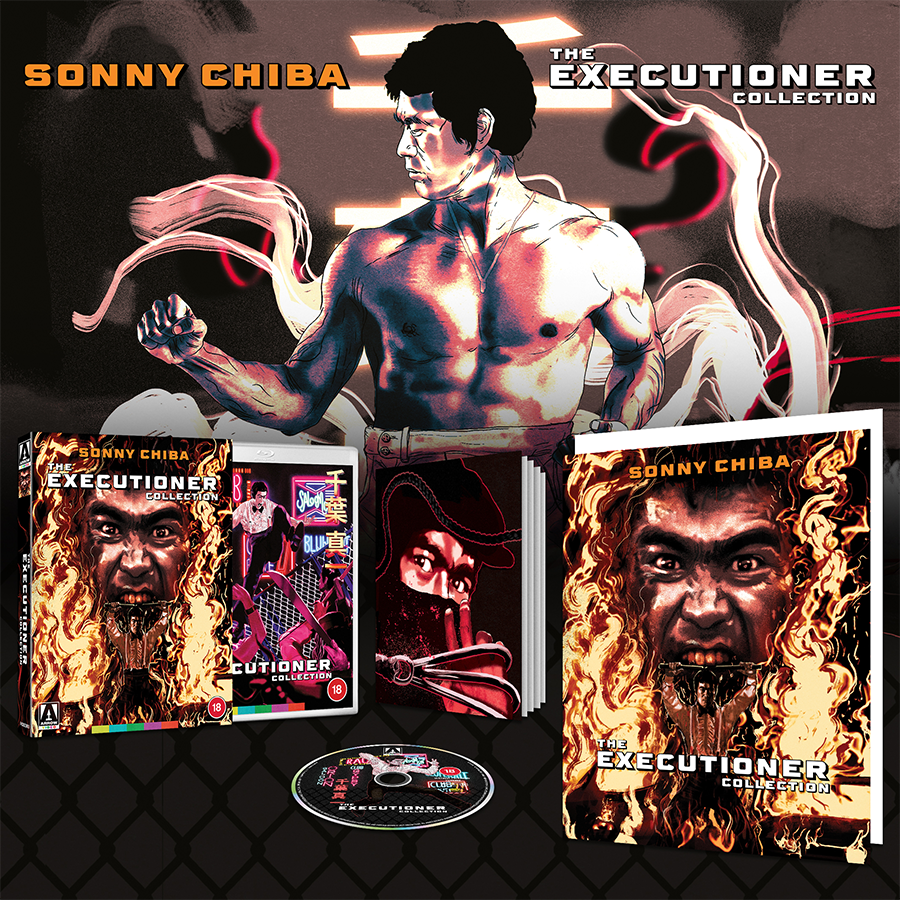 Ryuichi Koga (Chiba) is a descendent of the Koga Ninja school, now earning his living through more nefarious means as a gun for hire. When he is enlisted to take down a drug cartel alongside Hayabusa (Makoto Sato), a disgraced former narcotics detective now operating within the criminal underworld, and renegade Aikido master Sakura (Eiji Gō), tensions grow among this three man team of ne’erdowells as each come to question each other’s motives.

Making its High Definition home video debut from Arrow Video – with original and newly commissioned artwork by Lucas Peverill, and an illustrated collector’s booklet written by film critic Mark Schilling – The Executioner is presented in both its original Japanese language version and with the English dub track from the 1970s North American release. Koga also returns in the even more gung-ho follow-up, Karate Inferno (aka The Executioner II: Karate Inferno), as the ringmaster of a gang of thieves plotting to steal a priceless jewel from a master criminal.

Fans of the Street Fighter star will delight as Chiba pitches himself into a succession of freewheeling action and feisty fight scenes in this double dish of martial arts mayhem, all served up in director Ishii’s characteristically lurid style.