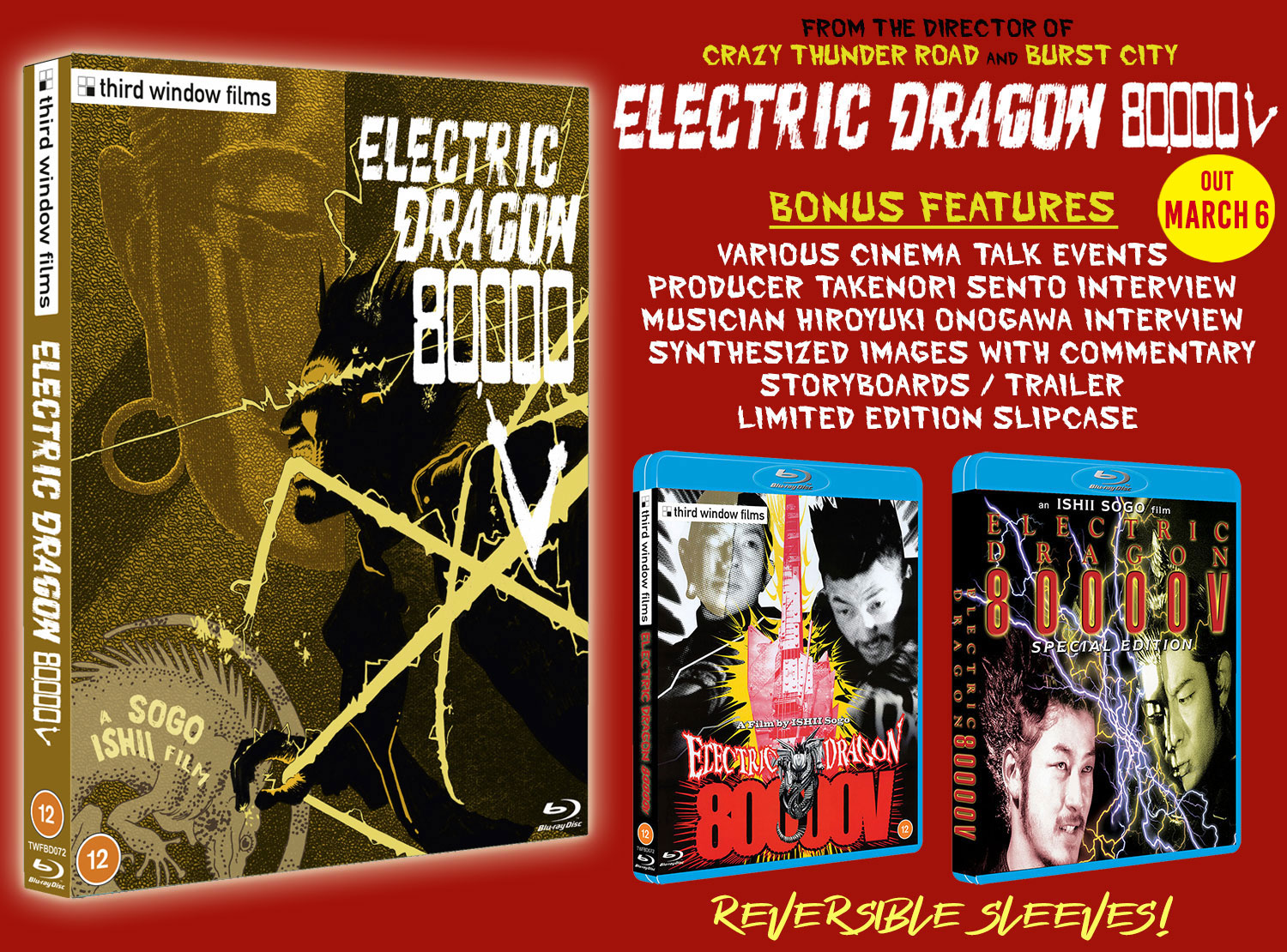 Filled with electricity! Third Window Films is ecstatic to present the world debut Blu-ray release of Sogo Ishii’s punk classic Electric Dragon 80000v, as well as the first physical release outside of Japan for his most recent film Punk Samurai! Available from thirdwindowfilms.com 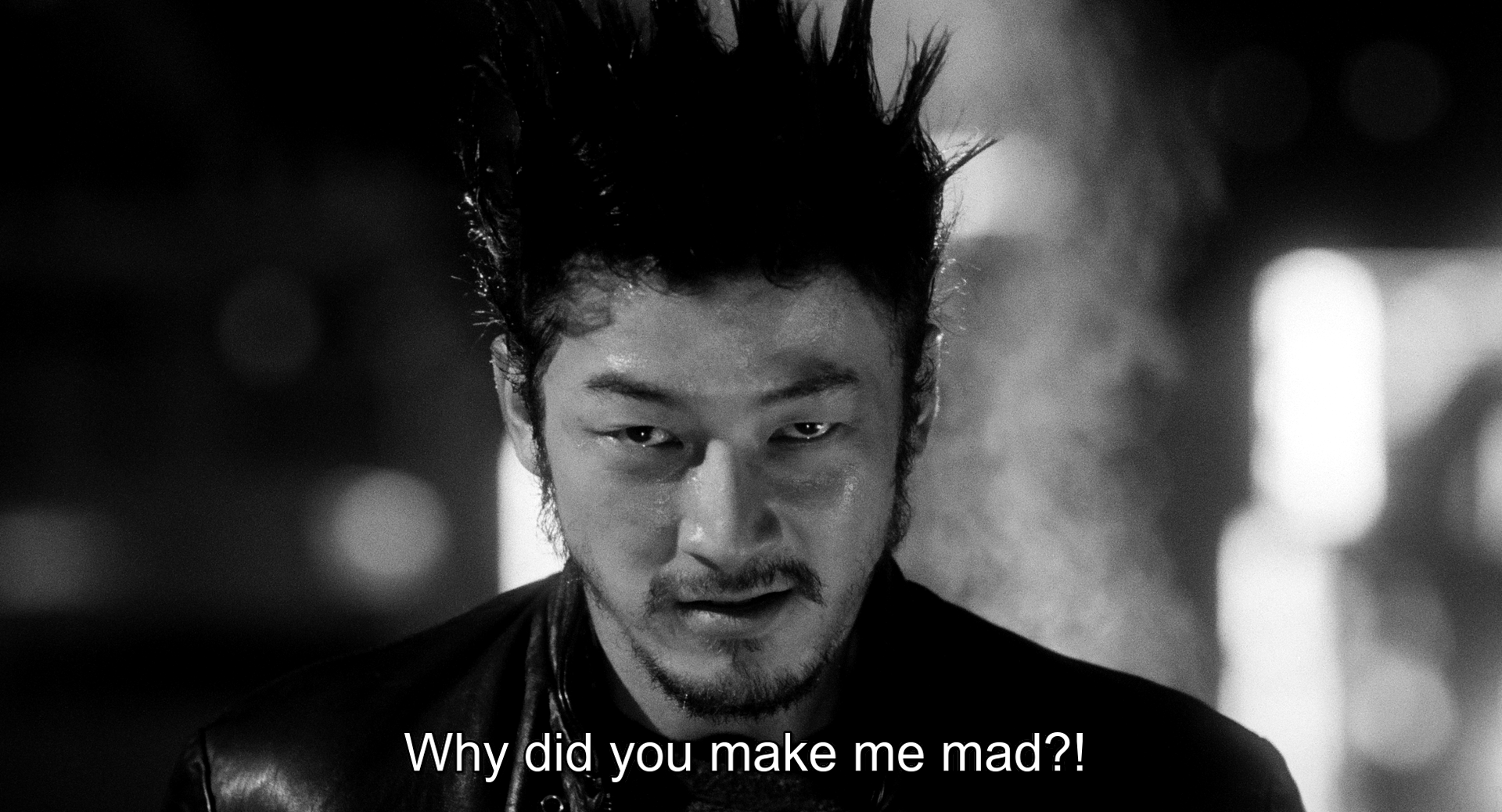 As a child, Dragon Eye Morrison (Tadanobu Asano, Ichi the Killer) undergoes electro-shock treatment for his aggressive behavior. The levels of sheer energy absorbed by his body over the years allow him to channel and conduct electricity. Now an adult, Morrison works in the city as a reptile investigator and has learned to channel his rage through the performance of aggressive guitar-based noise.

Meanwhile, Thunderbolt Buddha (Masatoshi Nagase, Suicide Club), a TV repair man turned vigilante, who has the same electro-conductive powers after a childhood accident, goes after crime bosses and gangsters. When both men learn of each other’s existence, Thunderbolt Buddha challenges Morrison to a final showdown on the rooftops of Tokyo. 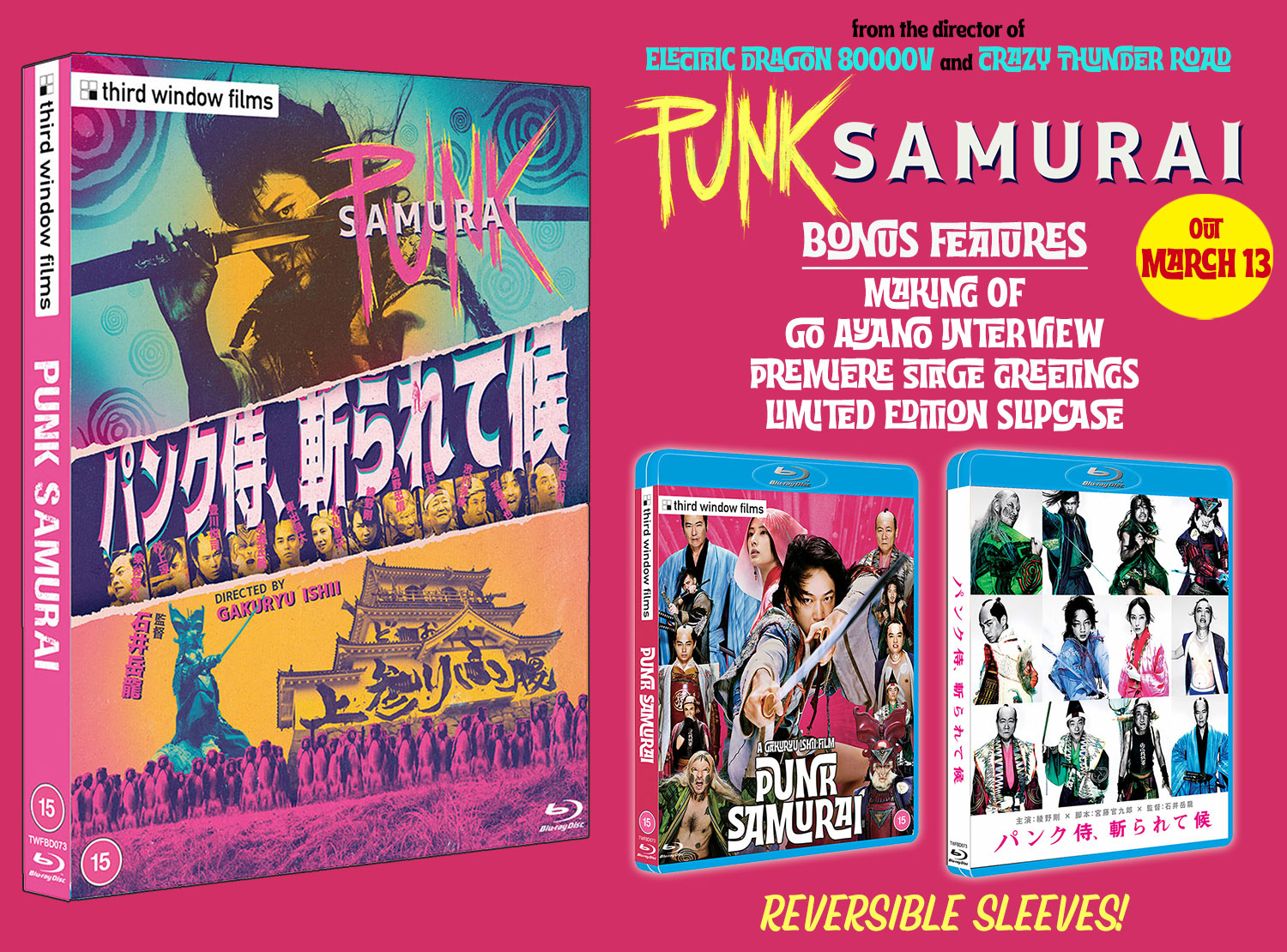 In search of employment and a permanent position and having committed murder the ronin Kake Junoshin (Go Ayano, Gantz) tells the Kuroae clan that a religious cult is aiming for their destruction. This gets him in, but he is soon disproved and arrested. Given the death sentence and awaiting death he has to be quick on his feet and figure out a way to get himself out of the hole. Then the resurrection occurs.