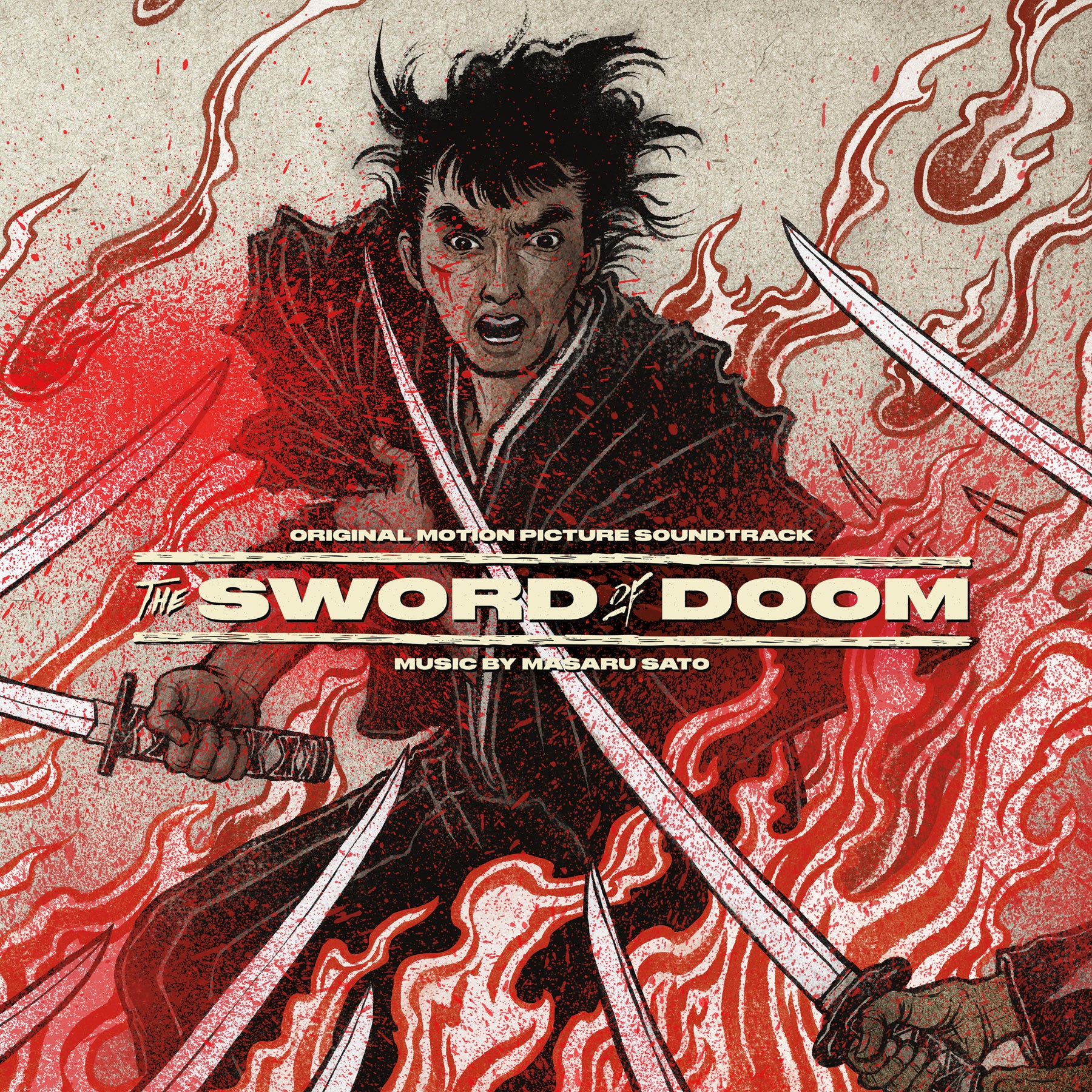 Waxwork Records is honored to present The Sword of Doom Original Motion Picture Soundtrack by Masaru Sato! Directed by Kihachi Okamoto, The Sword of Doom is a 1966 Japanese samurai movie that tells the bloody and brutal tale of revenge and redemption. This deluxe LP features artwork from Yuko Shimizu and marks the first time that the soundtrack is available on vinyl!

Starring Tatsuya Nakadai and featuring Toshirô Mifune, The Sword of Doom tells the story of Ryunosuke Tsukue, a masterful but heartless swordsman in feudal Japan. After deliberately killing an opponent in a training exercise, Tsukue then murders his mistress and flees town. After spending time in a haunted geisha house, Tsukue sees the ghosts of all his victims and spirals into madness, leaving a trail of destruction and bloodshed in his wake. As time passes, the years of brutal killings and evil deeds begin to weigh on his mind, ending in a climactic battle between Tsukue, a group of assassins, and the ghost of his past.

The Sword of Doom soundtrack, composed by Masaru Sato (Yojimbo, Godzilla vs. Mechagodzilla), is full of dark and yet melodic cues, and takes many influences from traditional Japanese instruments and music. A minimalist yet powerful score that brings to life the struggles of Tsukue’s inner demons. The tone ranges from brash fight scene orchestrations into quiet and lilting flute themes, but underscoring it all, Sato’s music feels the evils of Tsukue.