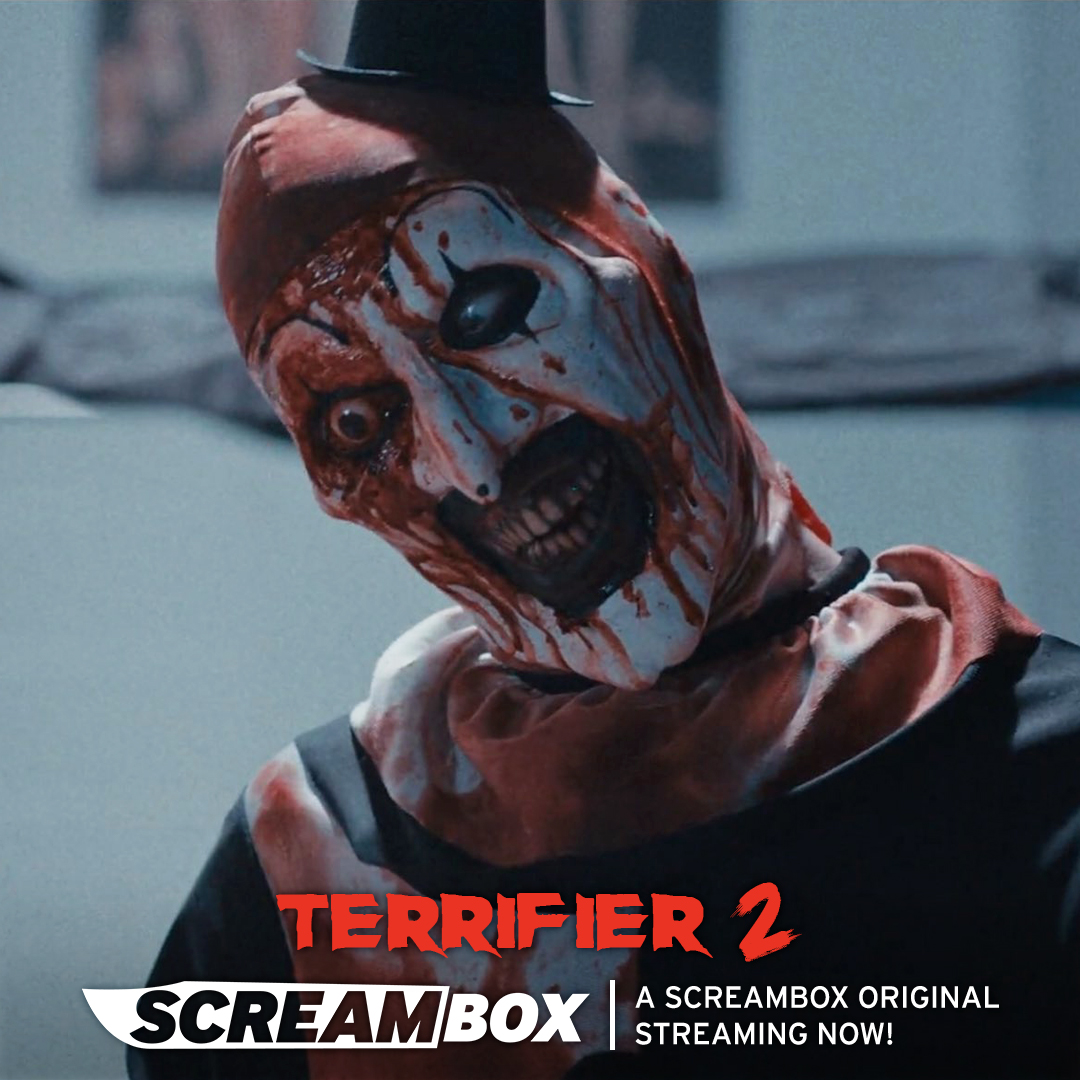 Streaming uncut exclusively on Screambox, Terrifier 2 – praised by Stephen King for “grossin’ you out old-school” with its unrelenting gore, and slicing into more than $8 million in theaters – joins the horror-centric platform’s growing library of unique content, including the original Terrifier. Recently expanded to 1,500 theaters, could Terrifier 2 be the widest release for unrated horror… ever?! 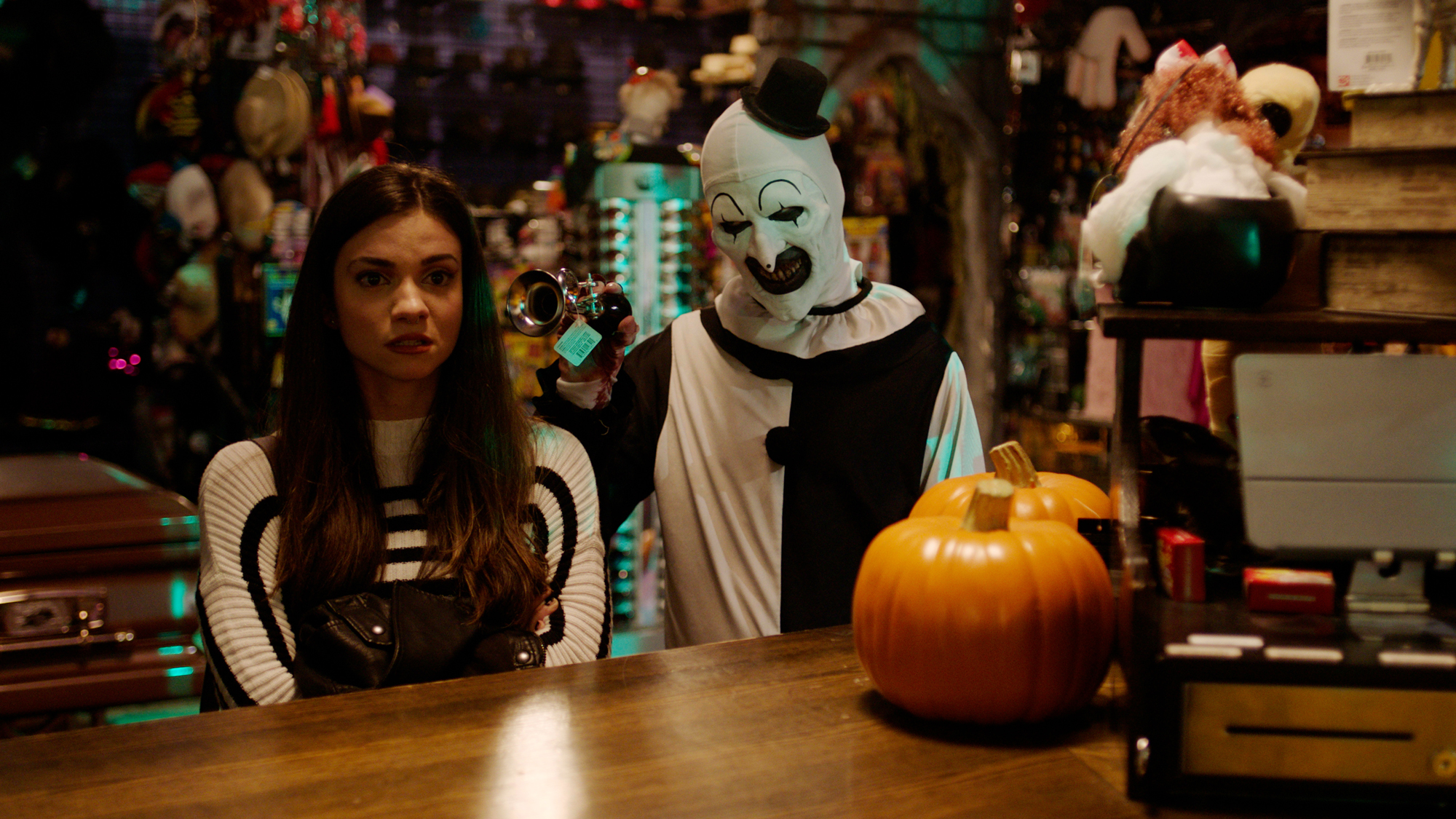 Now, anti-Hollywood ultra-slasher Terrifier 2 – the most vomit-inducing movie since The Exorcist with the most shocking effects since An American Werewolf in London – is coming for the Academy Awards after being submitted for Oscar consideration by Bloody Disgusting.

“No, it will never actually happen. Yes, it’s a total goof. But you know what? The thought of having members of the Academy endure an extreme unrated horror movie that they would otherwise consider beneath them? That’s just too hilarious of an opportunity to pass up.”