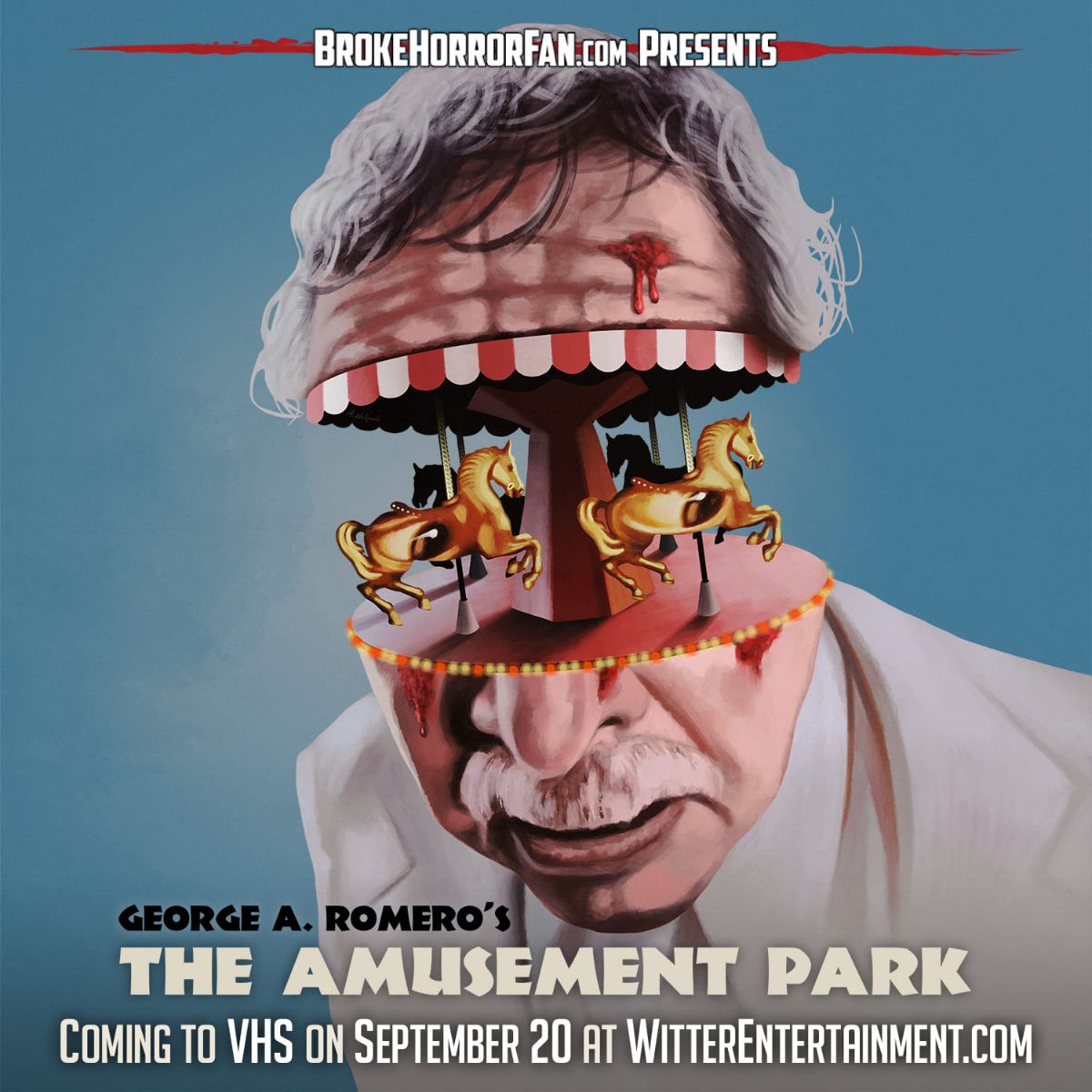 The Amusement Park was filmed in 1973, premiering at the NY Film Festival in 1975 before being shelved and long thought lost. After a 16mm print was discovered, the film underwent a 4k restoration that was unveiled in Pittsburgh in October 2019, before Shudder acquired distribution rights in 2021. Directed by George A. Romero, the master of horror, The Amusement Park was intended to be an educational film about elder abuse and ageism, but became a psychological horror nightmare. 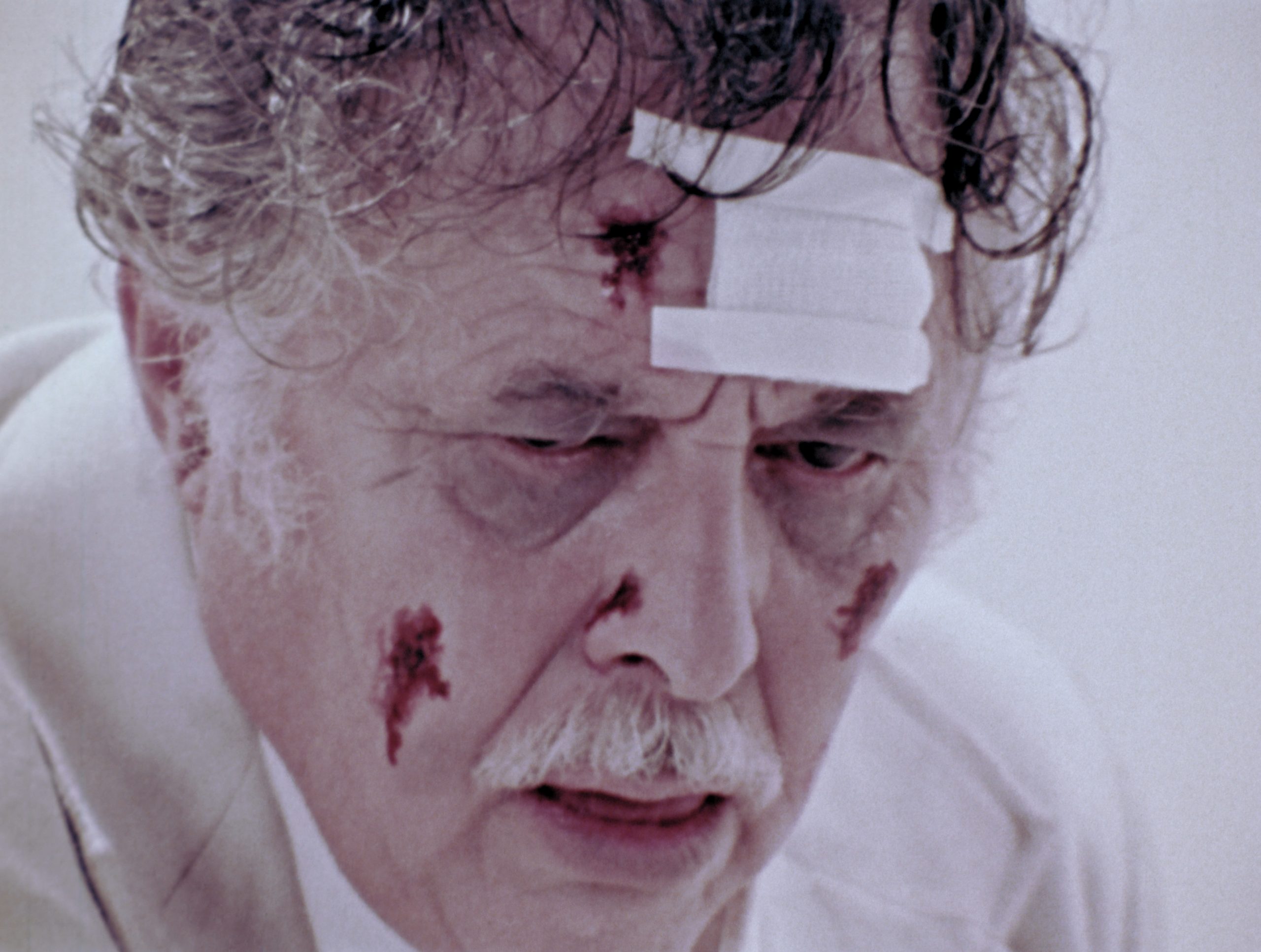 The Amusement Park arrives on VHS from Broke Horror Fan and Witter Entertainment in a black clamshell case with two versions to choose from: a standard edition with art by Aleksander Walijewski (limited to 100 copies) and a big box edition with Walijewski’s art and a blue VHS tape (limited to 50 copies). It is officially licensed from RLJE Films and has been approved by the George A. Romero Foundation.

For optimal VHS viewing, the film is presented in the format’s original 4:3 aspect ratio. Stay tuned after the movie for a special feature: a panel interview with Suzanne Desrocher-Romero, Sandra Schulberg, Greg Nicotero, and Daniel Kraus, moderated by Shudder’s Samuel Zimmerman. Pre-order direct from witterentertainment.com