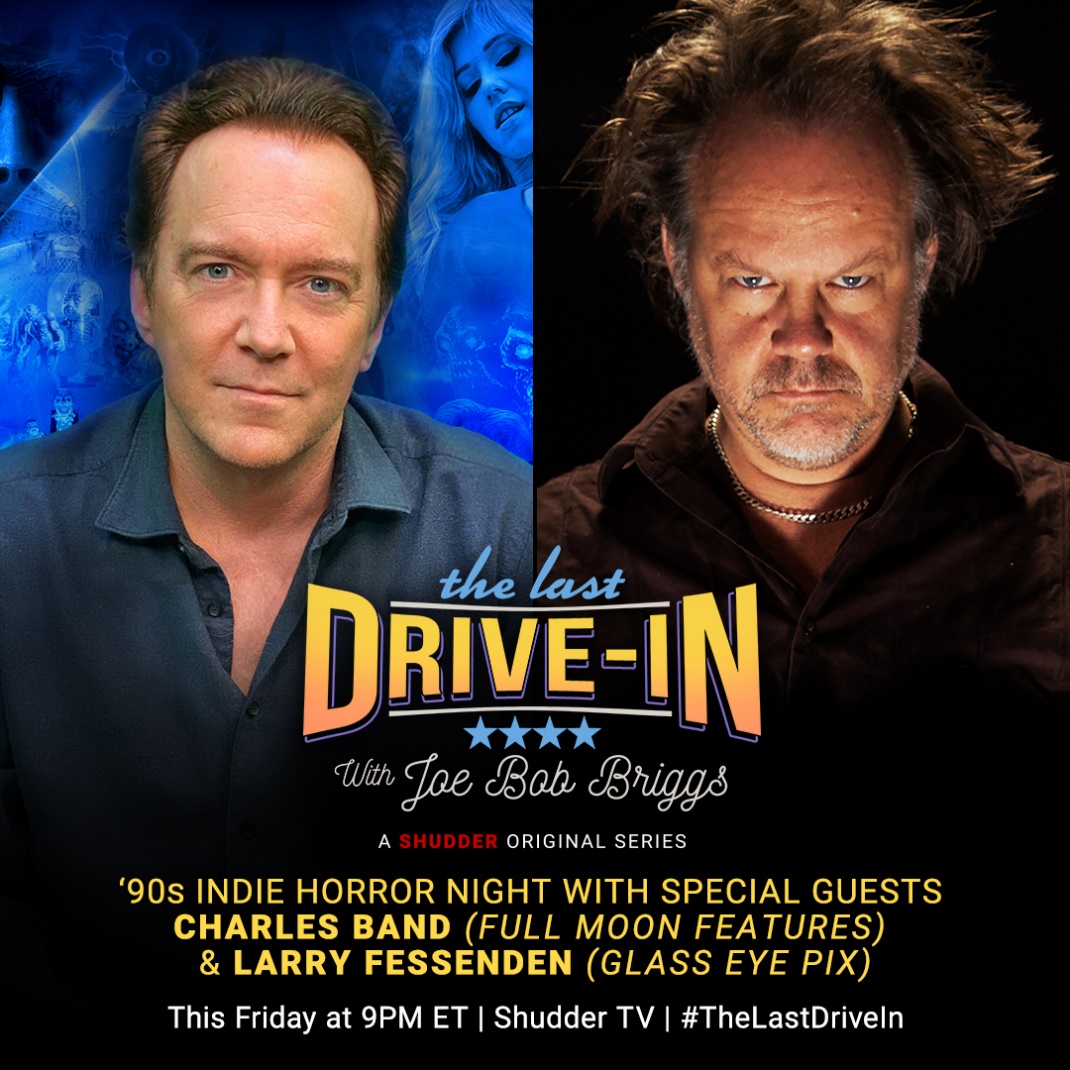 On The Last Drive-in, Joe Bob Briggs, the world’s foremost drive-in movie critic hosts eclectic horror movie double features, expounding upon their merits, histories and significance to genre cinema. Shudder and Briggs first teamed up in 2018, for the 24-hour marathon intended to be Briggs’ final farewell to televised movie hosting. Due to overwhelming popular demand, Shudder brought The Last Drive-In back as a weekly series and for multiple holiday specials.

New episodes premiere live on the Shudder TV feed on Fridays at 9pm ET/8c. Fans can also watch on demand on Shudder and AMC+ on Sundays.