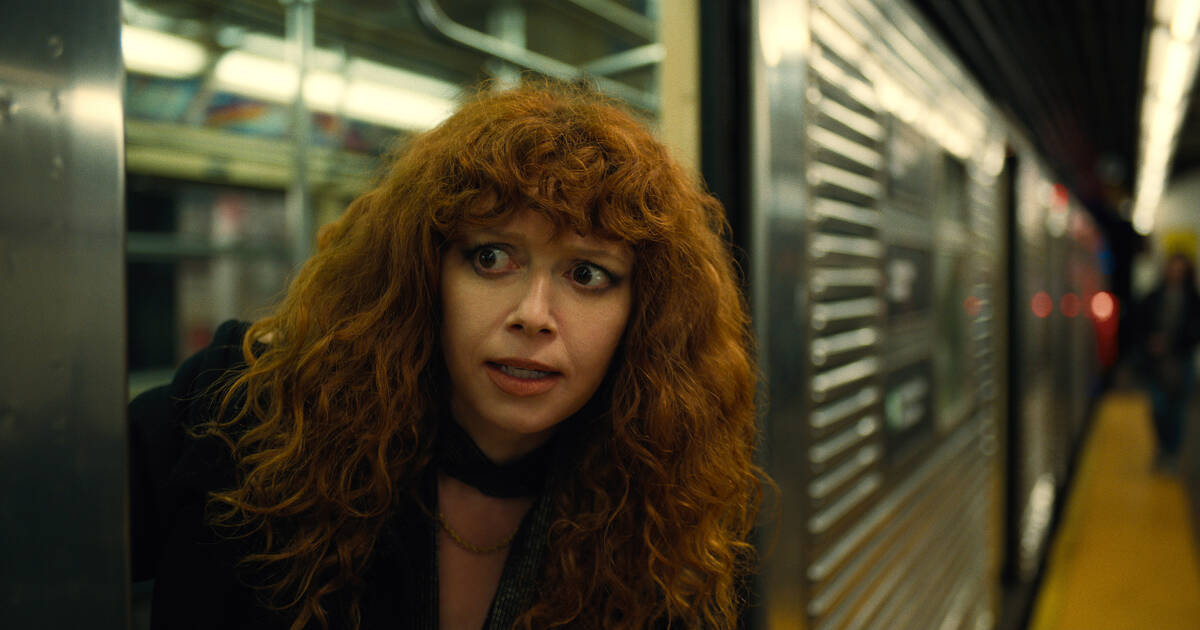 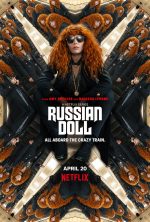 Russian Doll has returned to Netflix due to the success of its first season, which premiered in 2019. Captivating audiences with its noir-esque tale of groundhog-cum-death day, the entire first season is set during Nadia’s (played by Nathasha Lyonne) birthday; the day repeating itself after each tragic accident kills the main character. Introducing and touching upon themes of death, Nadia tries to understand what is happening at first before subsequently trying to prevent her death as more accidents occur; weirder and wilder than the last until she begins to understand that in order to prevent the day from repeating, she needs to stop Alan (Charlie Bartnett) from killing himself, breaking the cycle. Alan is having the same existential crisis as Nadia, reliving each brutal moment of his day which ends in suicide; a fact which Alan himself doesn’t realise until further along in the story.

The first season opened the door to some fantastic themes and points; reliving death and finding someone attached to Earth who’s supposed to keep you there (or you are supposed to save!) paired with some incredibly rich characters such as Ruth (Elizabeth Ashley), the friend and therapist of Nadia’s mother who has become somewhat of a caregiver to her. This first season, whilst supernatural, keeps things grounded enough for those who normally don’t dabble into the niche of sci-fi death loop TV. With a 30-minute running time, Nadia’s story is a perfectly enjoyable, binge-worthy series with witty dialogue, excellent direction, and really clever talking points. After the announcement of Season 2, I was excited to delve further into the realm of mystery, but also enthusiastic about the type of points and themes that could potentially be explored in this second season. Neo-noir influences are aplenty in Season 2 when compared to the first season. Nadia feels more powerful in this season and ready for the ride, this time introducing time travel for our main characters to navigate, transporting Nadia into the body of her mother via the 6 Train in the NYC subway station and into 1982; the year that Nadia was born. Meanwhile, Alan is transported into the body of his grandmother and must help plot the escape of several East Berliners under the Berlin wall into West Germany.

Created by Nathasha Lyonne herself, alongside powerhouse comedian Amy Pohler and screenwriter Leslye Headland (known for Bachelorette and Sleeping with Other People), the trio have created an excellent character in Nadia with her anguished backstory, and a range of interesting sub-characters and sub-plots that make each episode entirely different – albeit eerily similar in tone (I can no longer listen to Harry Nillson’s Gotta Get Up) – keeping the audience engaged and invested in the story. In each episode we delve further into the mystery, and further into the traumatic experiences of Nadia; the direction and cinematography giving off a noir-esque vibe. If Season 1 explored death, Season 2 grasps and explores Nadia’s birth, and Alan’s inability to live his life and deal with the mental scarring of his attempted suicide. What I found really thought-provoking in Season 2 is that Nadia has taken over her mother’s body and mind, and starts to see first-hand the mental illness that her mother endured. This allows Nadia to come to the realisation that her mother needed help. Witnessing Nadia dazed and confused (as her own mother!) amid the gritty ’80s New York backdrop really pulls the noir-esque elements even further to the forefront as Nadia investigates why she’s suddenly in a different decade. Upon learning about her family escaping from Hungary mid-Holocaust and their gold being confiscated by the Nazis, she decides to track it down to mend the relationship between her mother and grandmother, as only a few coins remained and were stolen by her mother to buy fur coats and a new car; clearly through a mental breakdown.

The impeccable writing of Season 2 uses this Holocaust family history as a backdrop, allowing Nadia to become a full-blown Hungarian-jew Dick Tracy, looking bad-ass as hell along the way, all whilst discovering the story of her birth… Yes, she literally gives birth to herself! Immediately, Nadia takes her newborn self out of the ’80s to prevent her from having the same traumatic childhood, causing time to literally fold on itself. Whilst delving into all these interesting themes, we are introduced to a younger Ruth (played by the incomparable Annie Murphy) who does such a stellar job at, again, keeping the audience grounded with such a sweet character. Nadia gets to see a different side to Ruth than she had known during her adult life becoming more appreciative of her, but upon returning to the present, she realises that Ruth’s unfortunate battle with lung cancer has taken its toll and she had passed away. Nadia reeling from guilt for not being able to be by Ruth’s side culminates in ‘Schrodinger’s Ruth’; an absolutely stunning episode directed by Alex Buono.

Overall Russian Doll’s second season does so much more than its first; exploring time travel against the gritty backdrop of a traumatic, yet therapeutic reckoning with Nadia’s childhood trauma, and allowing her to let go and live her life. If we were blessed with simply watching Natsha Leyonne as Nadia solve Nazi crimes throughout this season, delivering impeccable deep-cut dialogue over an amazing goth-rock soundtrack, it would be enough to create a longstanding character for our TV screens. However, Russian Doll Season 2’s overall story arc and excellent character development, paired with complex thoughts on morality, mental illness, childhood trauma, death and rebirth make this an unmissable series to watch, re-watch and then re-watch again. I can’t avert my eyes, ears and thoughts after re-watching each season again; each time giving in to my own in-depth analysis, just in case I missed another incredible easter-egg. In the words of Nadia herself:

“Staring down the barrel of my own mortality always beats fun.”

And I am inclined to agree with that statement.