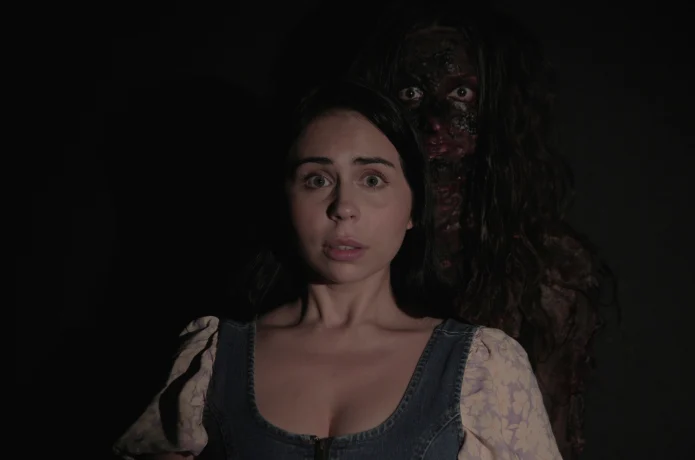 After the critically acclaimed monster satire, Monstrous Disunion, Jackson Batchelor’s sophomore feature-length film I Curse This Land is set to be Trash Arts’ most ambitious project yet!

In a sleepy coastal village, a curse lies waiting. Legend has it, centuries ago, the excisemen pounced when a smuggler was delivering his illicit wares. One of the villagers had betrayed him, and he was quickly hanged as an example but, his widow was more than she seemed… As a practitioner of an ancient religion of magic and sorcery, the villagers formed a mob to hunt her down as a witch. They brutalised her, tarred and feathered her, but before they could kill her, she cursed the land; that nothing should flourish, no life or love, before taking her own life and spilling her own blood!

Trash Arts have produced fifteen horror features over the last five years including; The Truth Will Out (review), Acting (review), Terror At Black Tree Forest, and The Millennial Killer. For Jackson Batchelor’s I Curse This Land, in partnership with Brutalist Films, Trash Arts proudly launched their Indiegogo campaign with creative perks for the horror community.