Coming soon to the 101 Films x American Genre Film Archive collection, a rampaging toxic sheep monster terrifies the residents of a remote town in Godmonster of Indian Flats (1973), and the most out-there educational drug-scare films inflicted upon American schoolchildren are collected for The Scare Film Archives Vol. 1: Drug Stories! 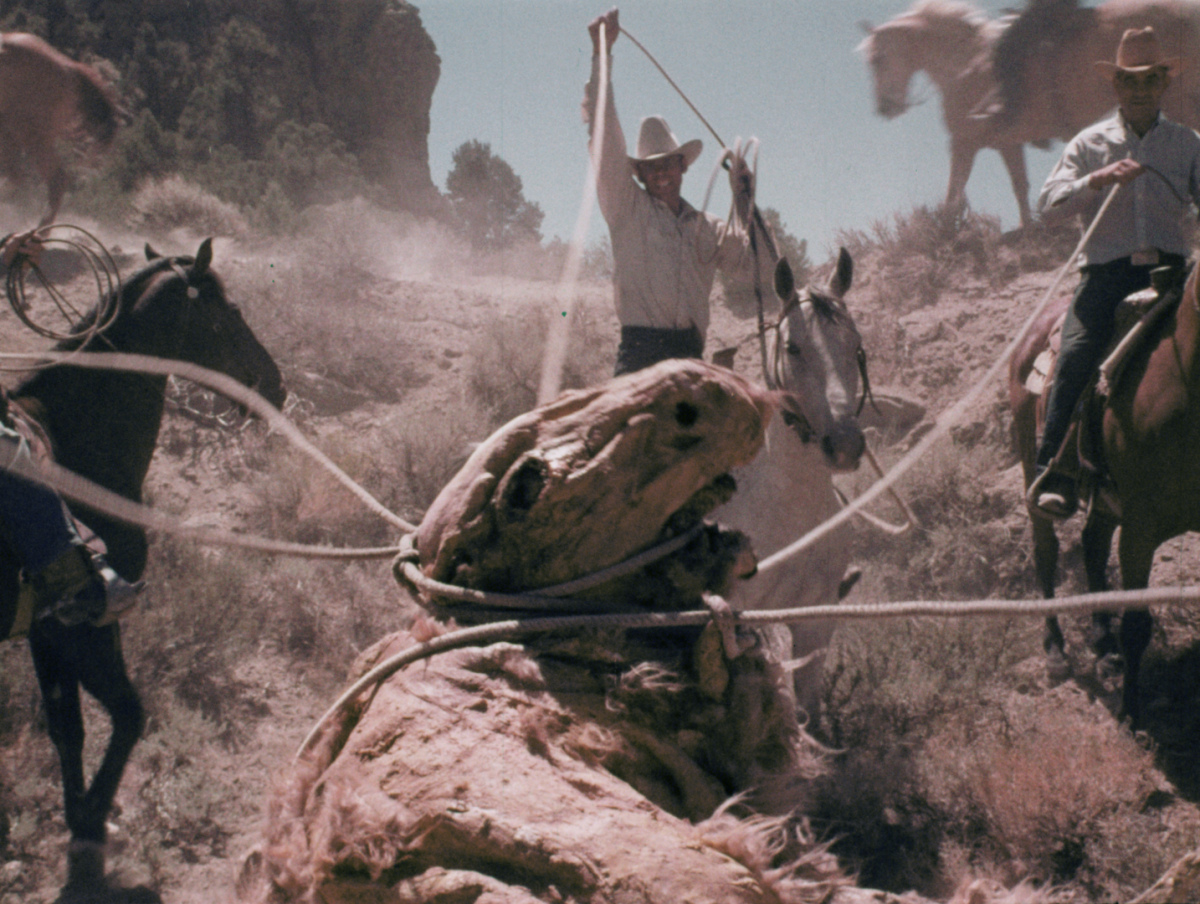 Just when you thought it was safe to go back to the petting zoo! From the singular mind of infamous artist Fredric C. Hobbs (Alabama’s Ghost, Roseland), Godmonster of Indian Flats is the story of an eight-foot-tall toxic sheep monster that blows up gas stations, smashes crooked politicians, and terrorizes stoners.

In the words of Basket Case filmmaker Frank Henenlotter: “Get the straight jackets ready!” From the surreal “wild west” locations to the outrageous monster effects and the infamous scene where the Godmonster crashes a childrens’ picnic, this is easily the most inexplicably deranged creature feature in the history of forever. What’s the best way to prevent young people from destroying their lives in a downward spiral of drug-fueled jubilation? Obviously, the answer is sentient LSD tabs, spiders on speed, and an ex-junkie named Florrie Fisher (the real-life inspiration for Amy Sedaris’s Jerri Blank character on Strangers with Candy) berating them into submission. The Scare Film Archives Vol. 1: Drug Stories! collects the best-of-the-best educational drug-scare films from the twentieth century. Lovingly curated from Something Weird’s vaults, AGFA and Something Weird are thrilled to present 2K preservations of these bad trips, bummers, and flip-outs, all from original 16mm prints that were inflicted upon children in classrooms across the USA.