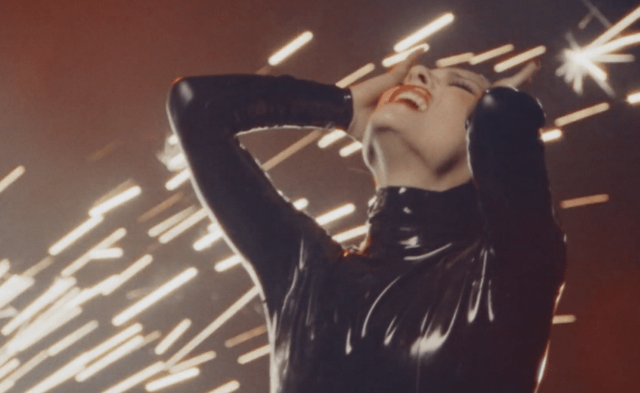 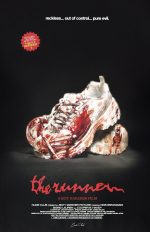 Written and directed by Jae Matthews and Augustus Muller, better known as the American darkwave duo Boy Harsher, The Runner is an experimental exploitation movie that explores themes of desire, seduction, fear, and compulsion. Set to an eclectic soundtrack of seemingly disconnected songs, written before Boy Harsher had begun writing the script, The Runner is presented in the form of an extended VHS music video; the soundtrack directing the visual narrative in a Lynchian sense of dreamlike mystery.

Sprinting away from a motel and through the woods, The Runner follows a nameless woman (Kris Esfandiari) as she travels in fear to a secluded, rural town in North America. Initially concerned for her safety, Boy Harsher twist audience expectations when it’s revealed that she is the perpetrator in this scenario; her bloodsoaked clothing being a visual indicator of something she’s done to someone else. Intercut with a meta-style pseudo-documentary featuring Boy Harsher and their recording process of the original soundtrack, The Runner ambiguously connects these threads through reflection.

“She’s reckless. Out of control… and it’s pure evil. There’s a human side to her too, and I hate to say it, but I can kind of relate.” 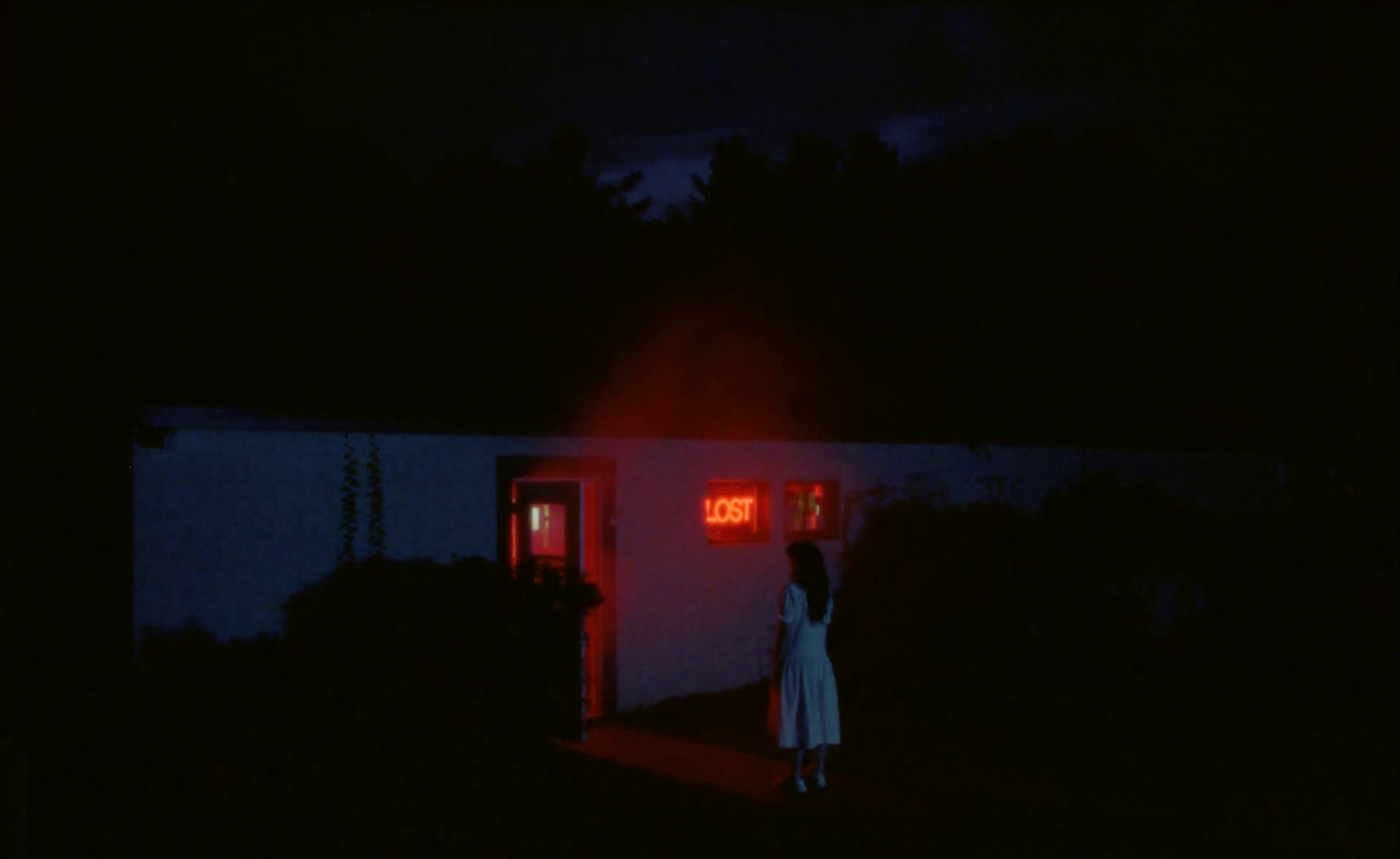 The central storytelling in The Runner often forgoes dialogue in favour of Jae Matthews’ dark lyricism; scenes featuring Esfandiari’s “The Runner” intertwined with Boy Harsher performing on the public access channel Nude Television. “Don’t you say my name / You don’t want to know about me.” It’s through NudeTV’s neon-drenched video vortex Flesh First, hosted by VJ Pam Dillis (Lauren Servideo), that we are introduced to hostile and hypnotic tracks like the claustrophobia-inducing ‘Tower’, and the seductive, robotic ‘Machina’ (featuring BOAN’s mesmerising Mariana Saldaña); each song describing unhealthy relationships through pulsing synth. It’s another reflection of The Runner’s underlying themes, told through darkwave melodies. 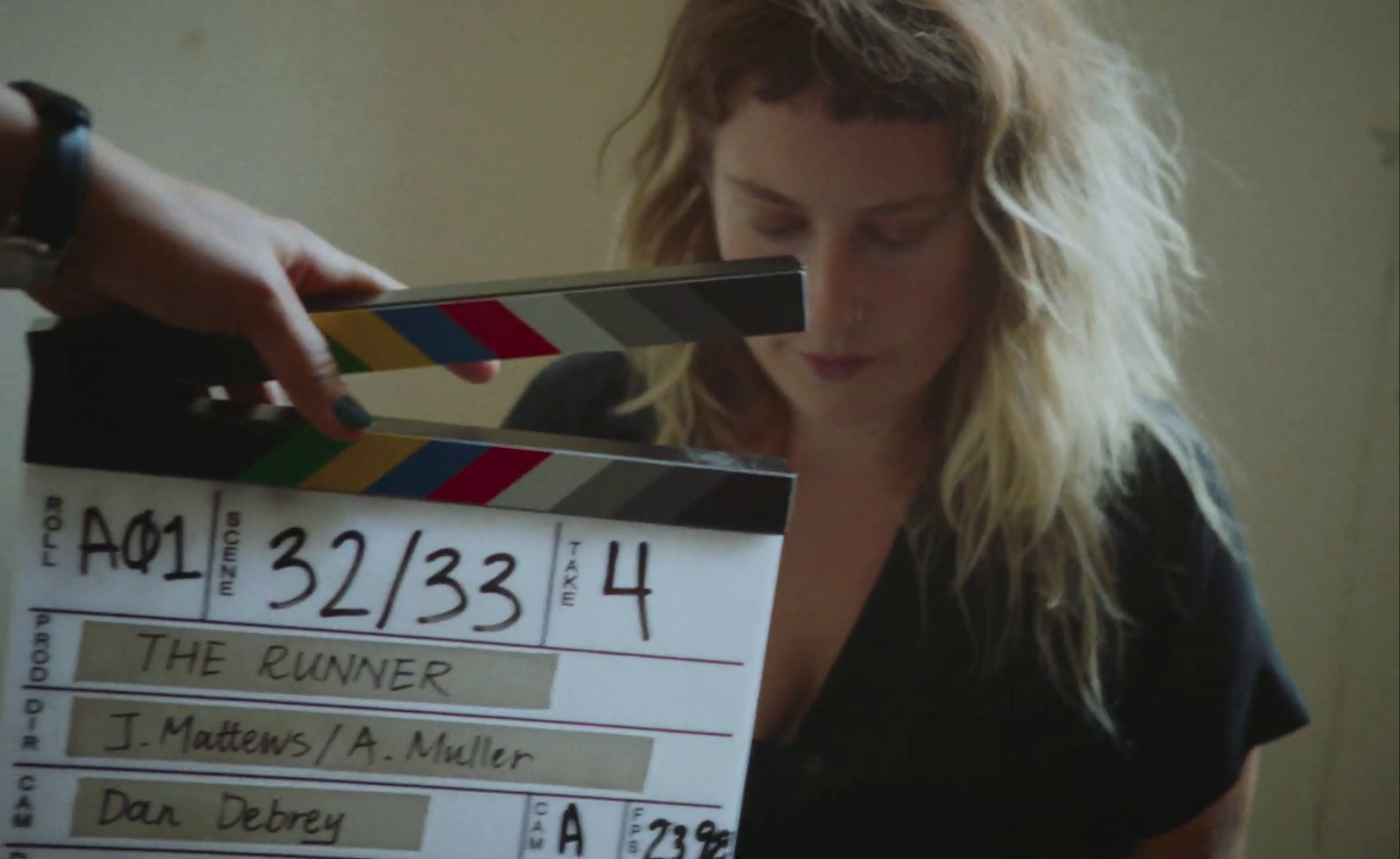 The Runner’s ultra-analogue aesthetic will appeal to those of us who find ourselves mesmerised by the visual storytelling of the 1970’s Italian giallo sub-genre and the synth-laden soundtracks of the 80’s slasher; John Carpenter being an obvious influence on Boy Harsher’s euphoric sound. Open to interpretation, ask yourself: Do you see yourself in “The Runner”? We’re all running from something.