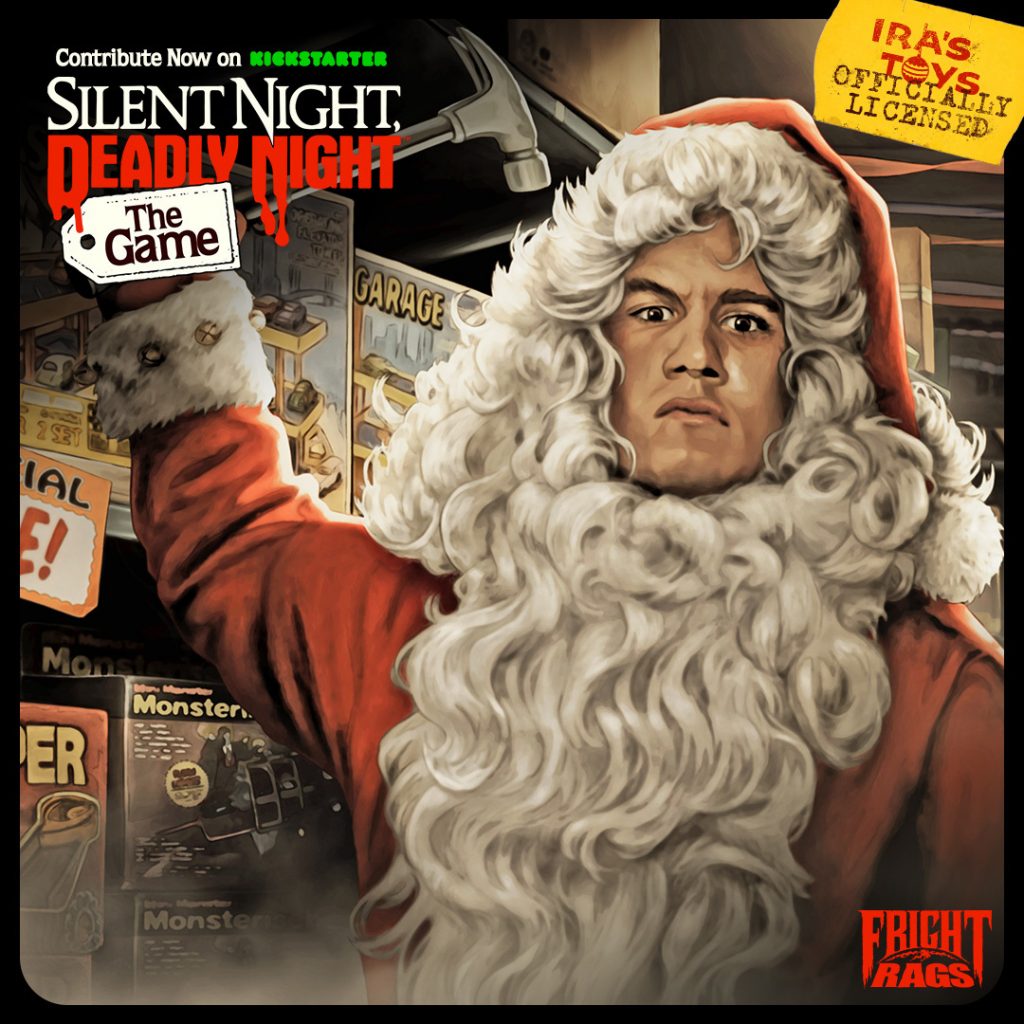 With over $47,000 raised and counting, Silent Night, Deadly Night: The Game has slashed through its $20,000 crowdfunding goal. Only three days remain for horror fans to secure their exclusive version of the tabletop game based on the 1984 Christmas slasher classic.

Created by the producers of Silent Night, Deadly Night in partnership with horror merch purveyor Fright-Rags, the game challenges 1-4 players to work as a team to stop murderous Santa Billy from reaching the orphanage. Roll the dice and make your move while Billy stalks along his path. Collect weapons, roadblocks, and snowballs to help your fight, then flick the spinner to determine your fate. 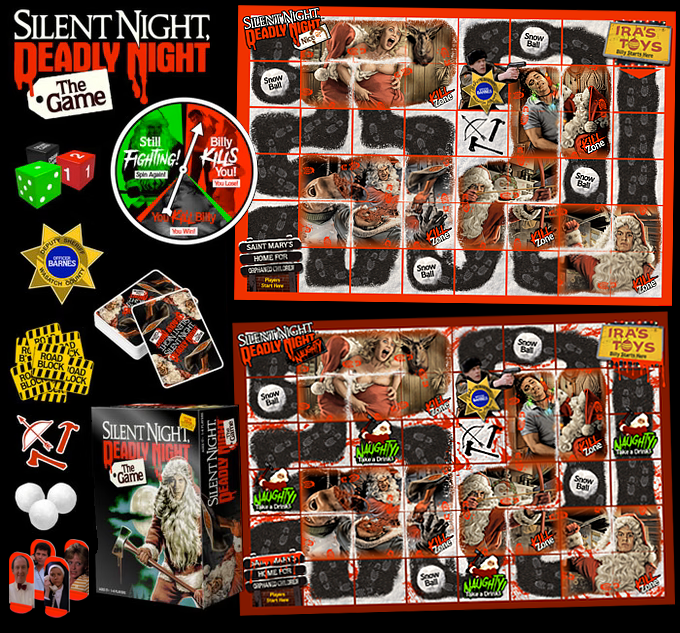 A deck of 30 action cards guarantees each game is unique, while a reversible board with a “naughty” drinking game version is available exclusively on Kickstarter. The five “kill zones” featuring new illustrations by Justin Osbourn were revealed throughout the campaign, along with the box art.

Silent Night, Deadly Night: The Game will come down the chimney in time for Christmas 2022: https://www.kickstarter.com/projects/sndn/silent-night-deadly-night-the-game 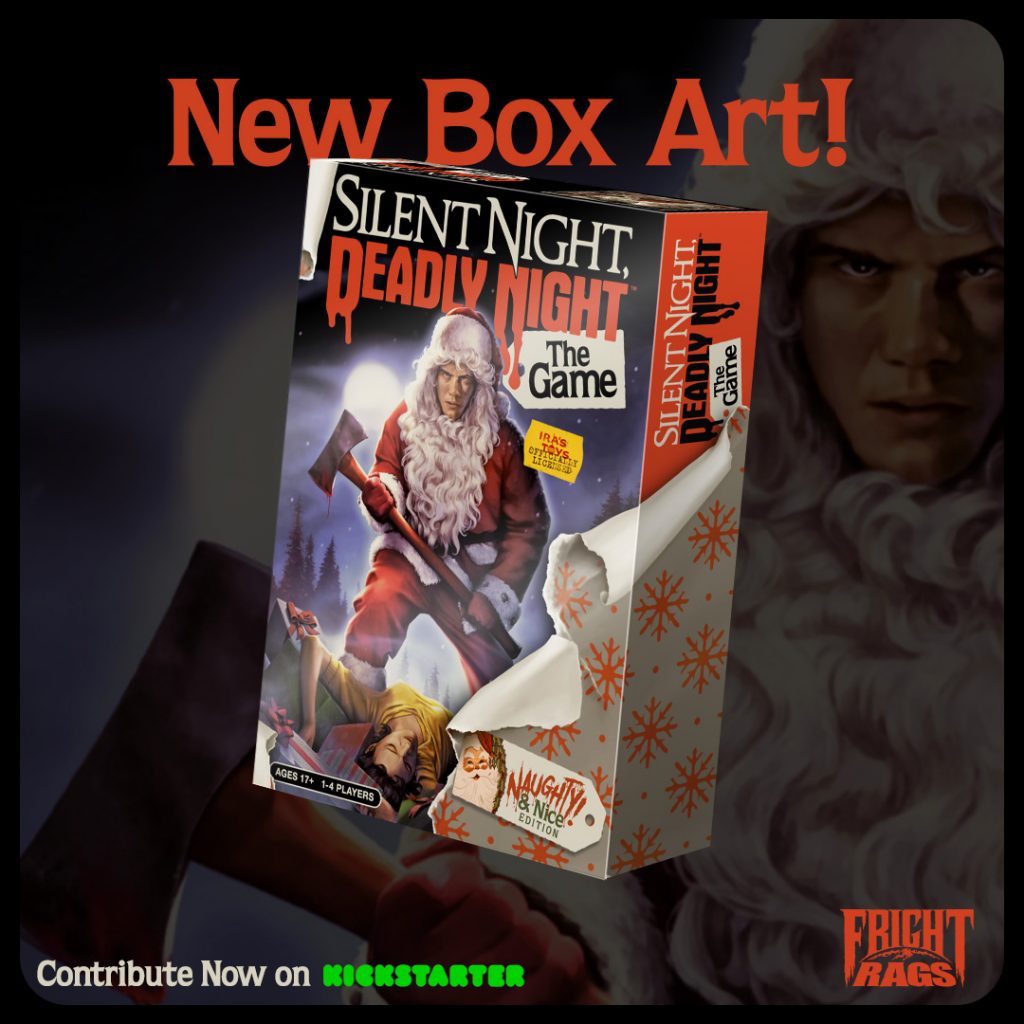 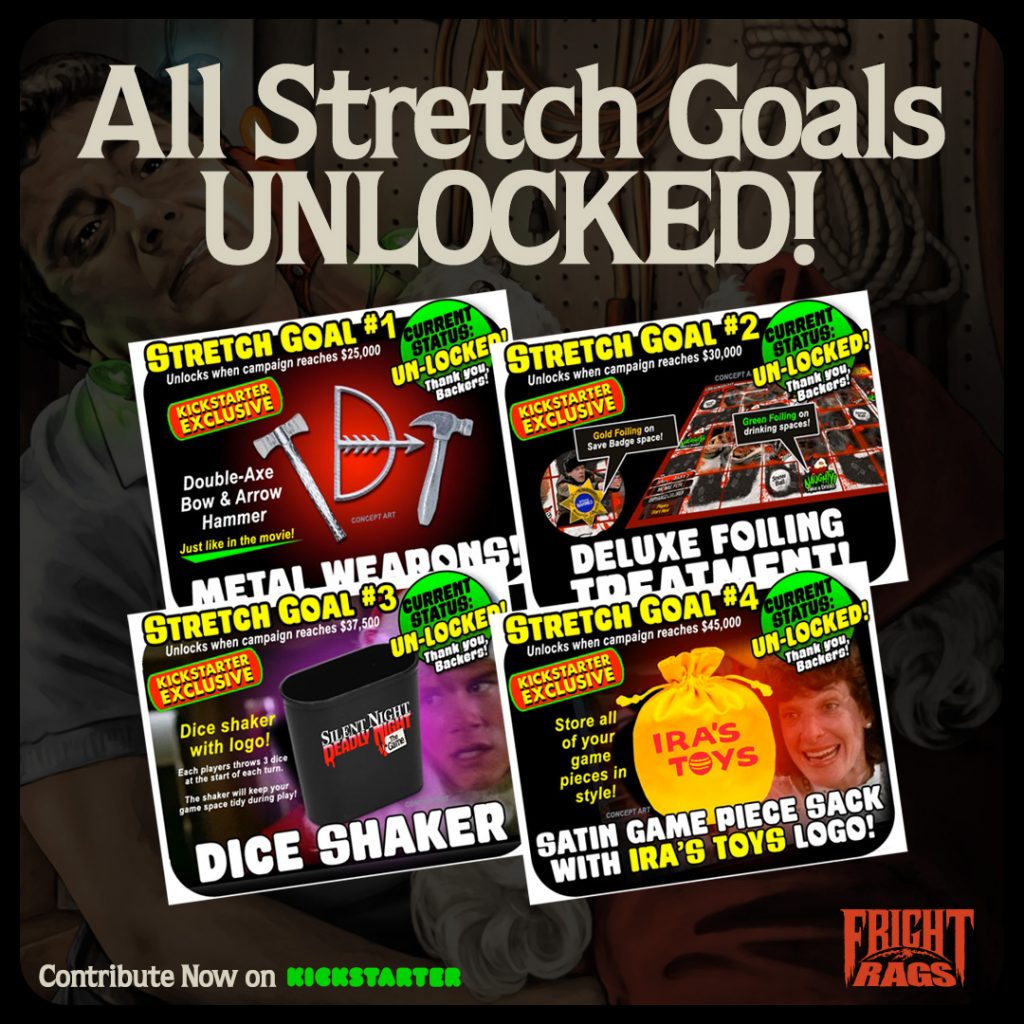