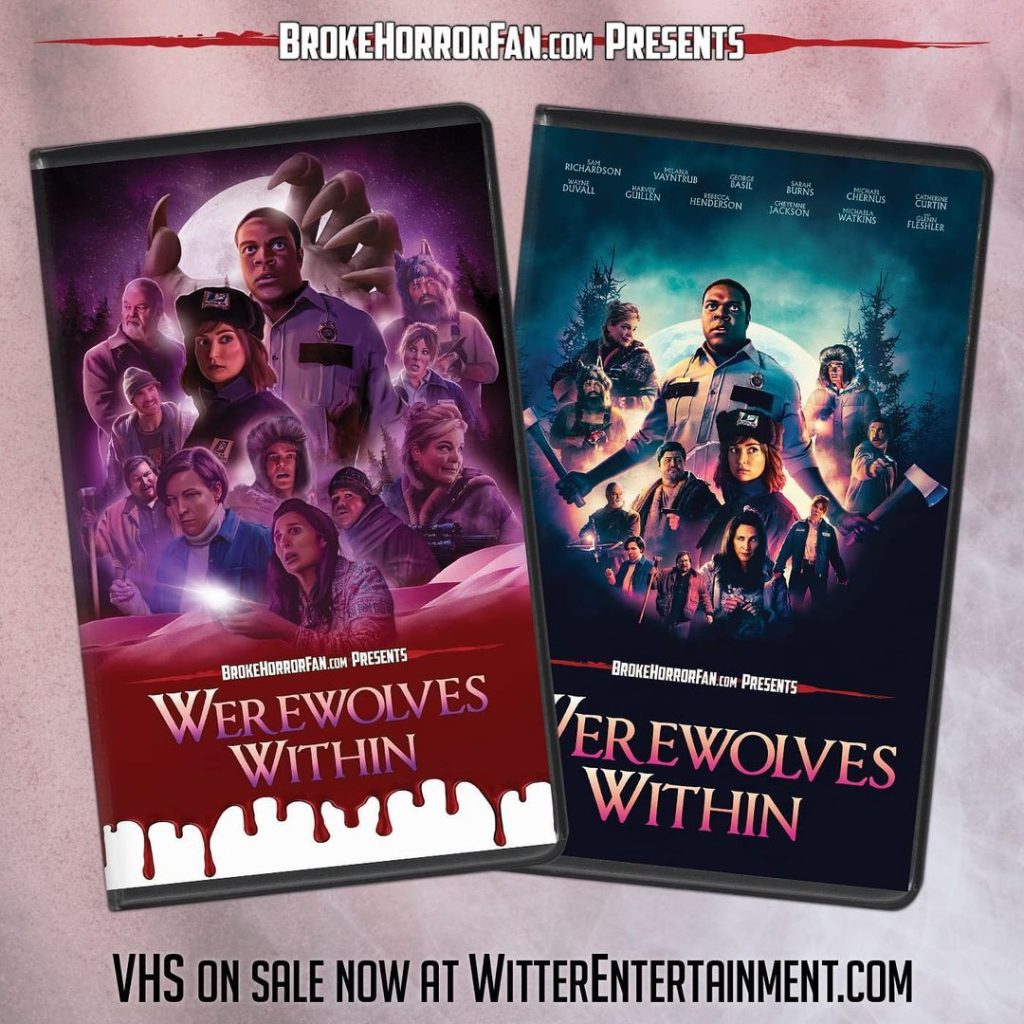 Presented in director-approved 4:3 pan and scan for your VCR viewing pleasure, Werewolves Within is on VHS, tape fans! Presented by Broke Horror Fan, and officially licensed from RLJE Films and IFC Films, with original artwork from Neil Fraser adorning the standard edition black clamshell (limited to 125 copies) and the big box edition (limited to 100 copies) with purple VHS. A variant with the theatrical artwork (limited to 25 copies) is also available.

Werewolves Within comes from director Josh Ruben (Scare Me), who pens a wonderful letter for this release, along with exclusive introductions from screenwriter Mishna Wolff and director of photography Matthew Wise. Available now from witterentertainment.com

After a proposed pipeline creates divisions within the small town of Beaverfield and a snowstorm traps its residents together inside the local inn, newly arrived forest ranger Finn (Sam Richardson) and postal worker Cecily (Milana Vayntrub) must try to keep the peace and uncover the truth behind a mysterious creature that has begun terrorizing the community. 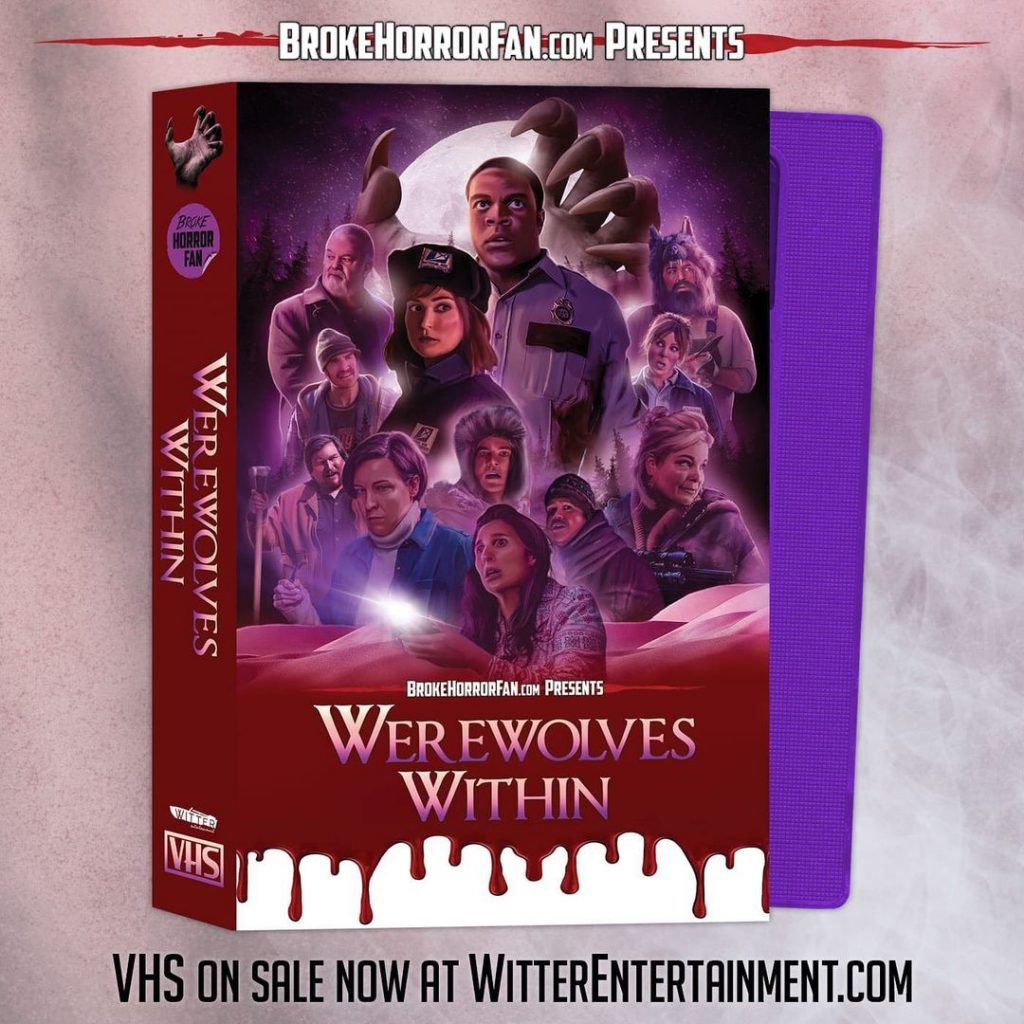