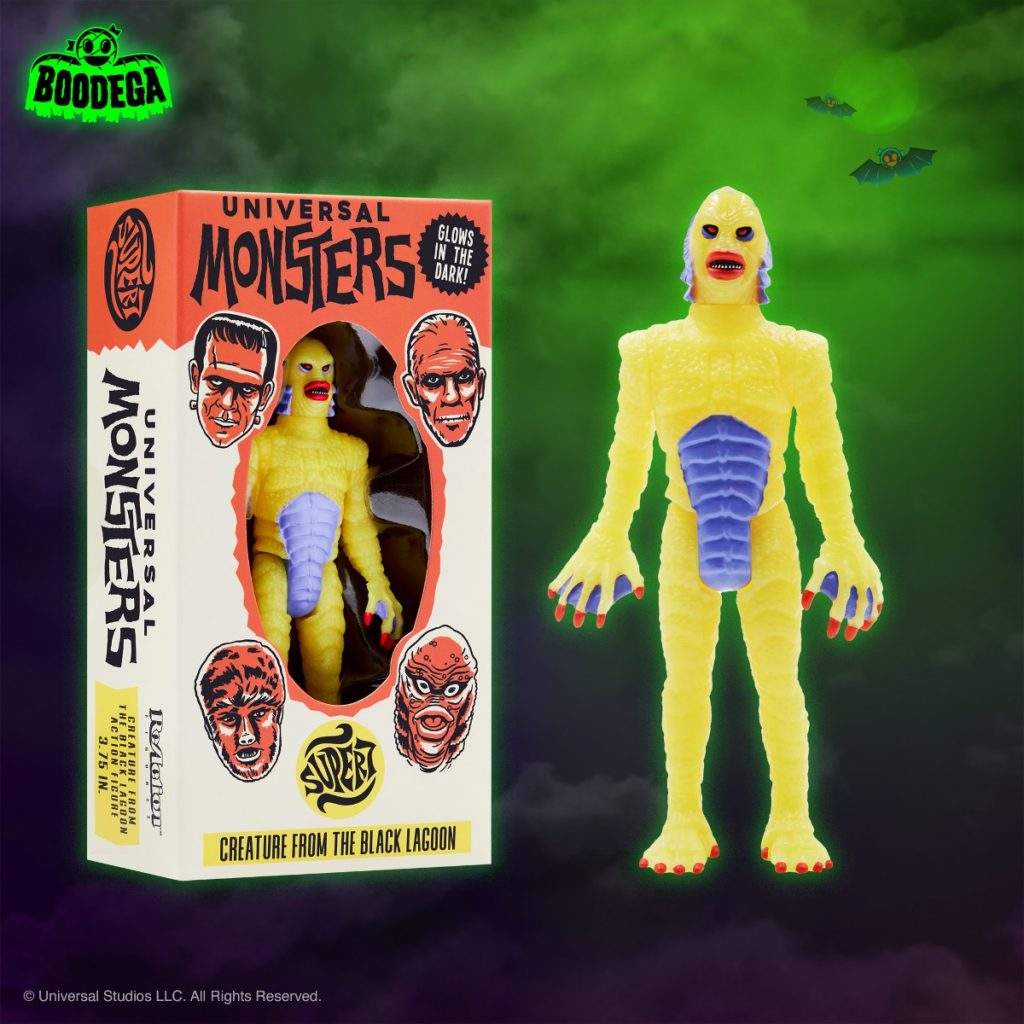 All the way from the mad doctor’s laboratory to Super7’s Boodega! Your Universal Monsters collection won’t be complete without these special edition retro-inspired ReAction figures, so get them while you still can from super7.com

Inspired by Azrak Hamway International’s 1970s World Famous Super Monsters toy line, and their two variants of the Creature from the Black Lagoon – the wide-hipped Creature, commonly referred to as the “female” version, as well as a narrow-hipped variant, dubbed the “male” version – Super7’s Boodega “Super” Creatures also come in two unique sculpts. Boxed in special throwback packaging that pays homage to the vintage toy line, your Creature collection won’t be complete without both versions of the AHI-inspired 3.75” articulated “Super” Creature! 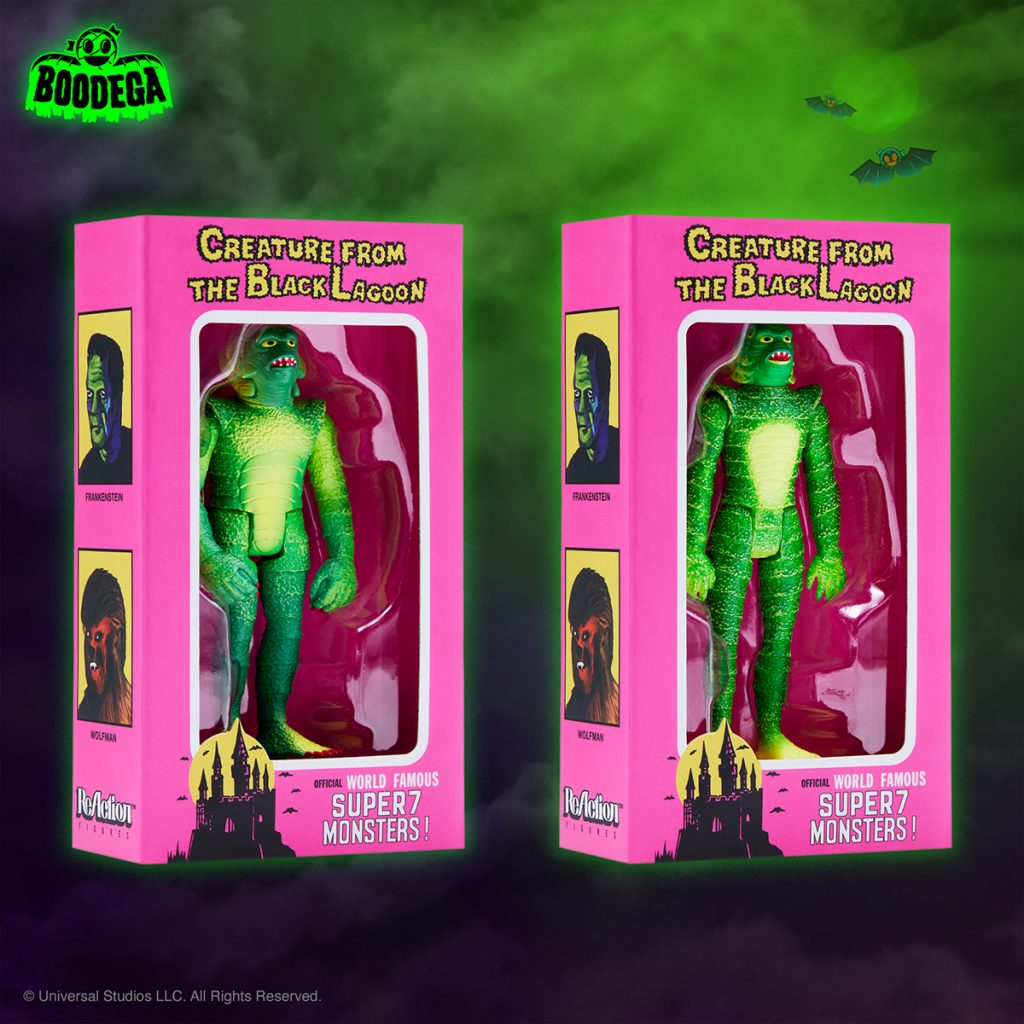 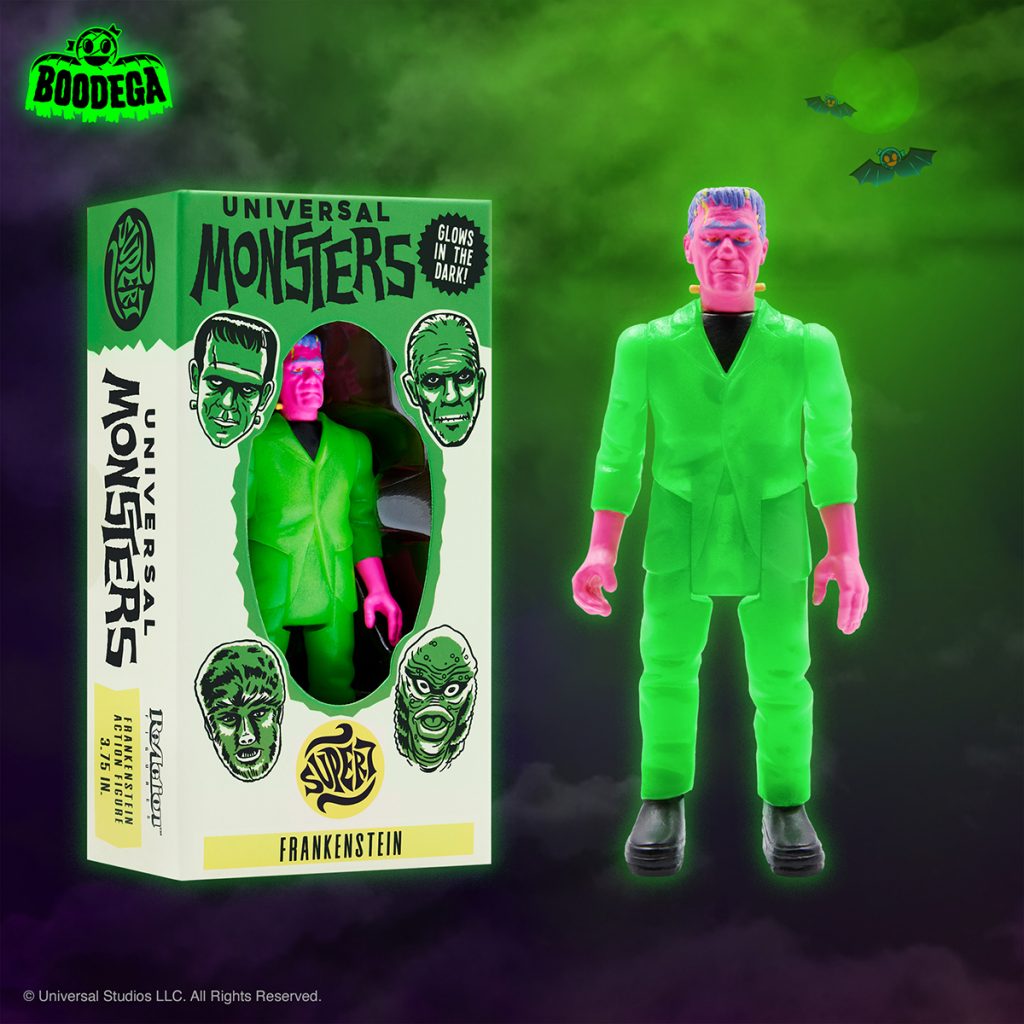 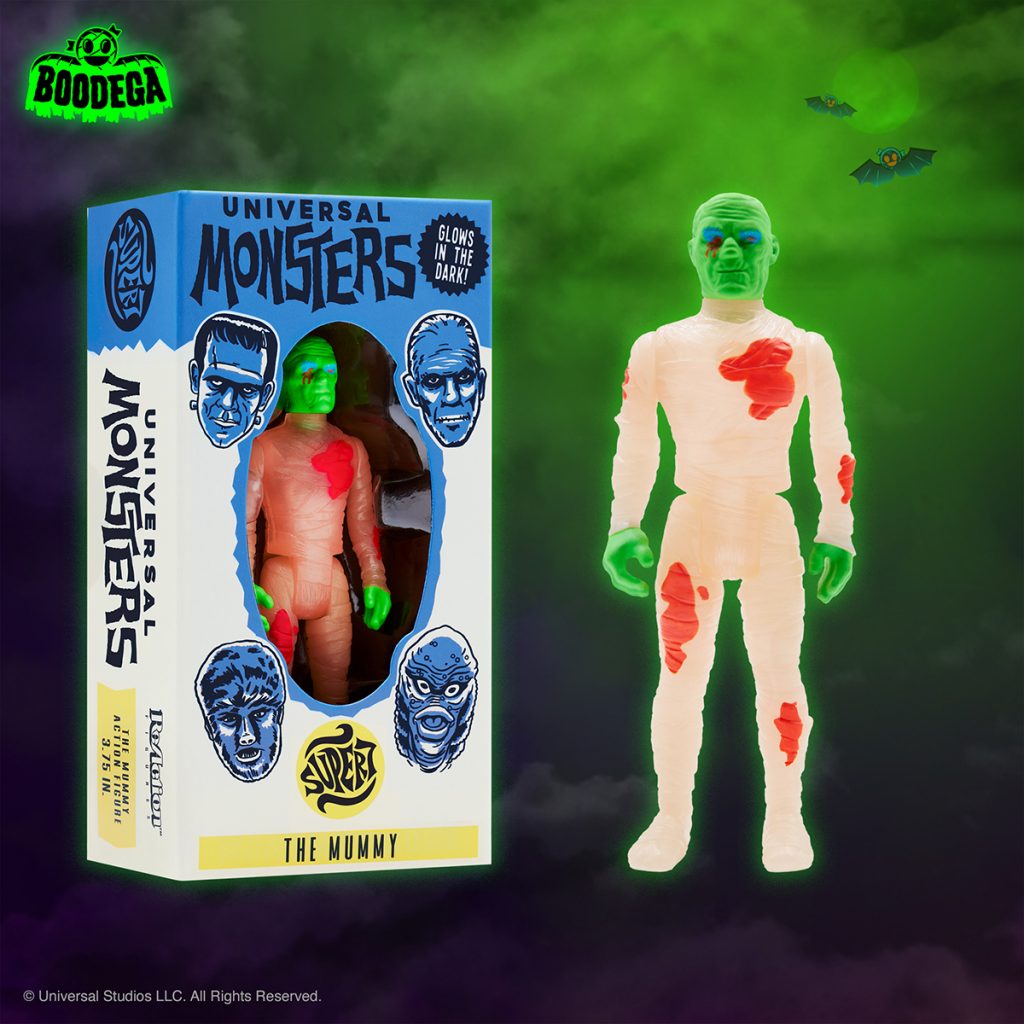 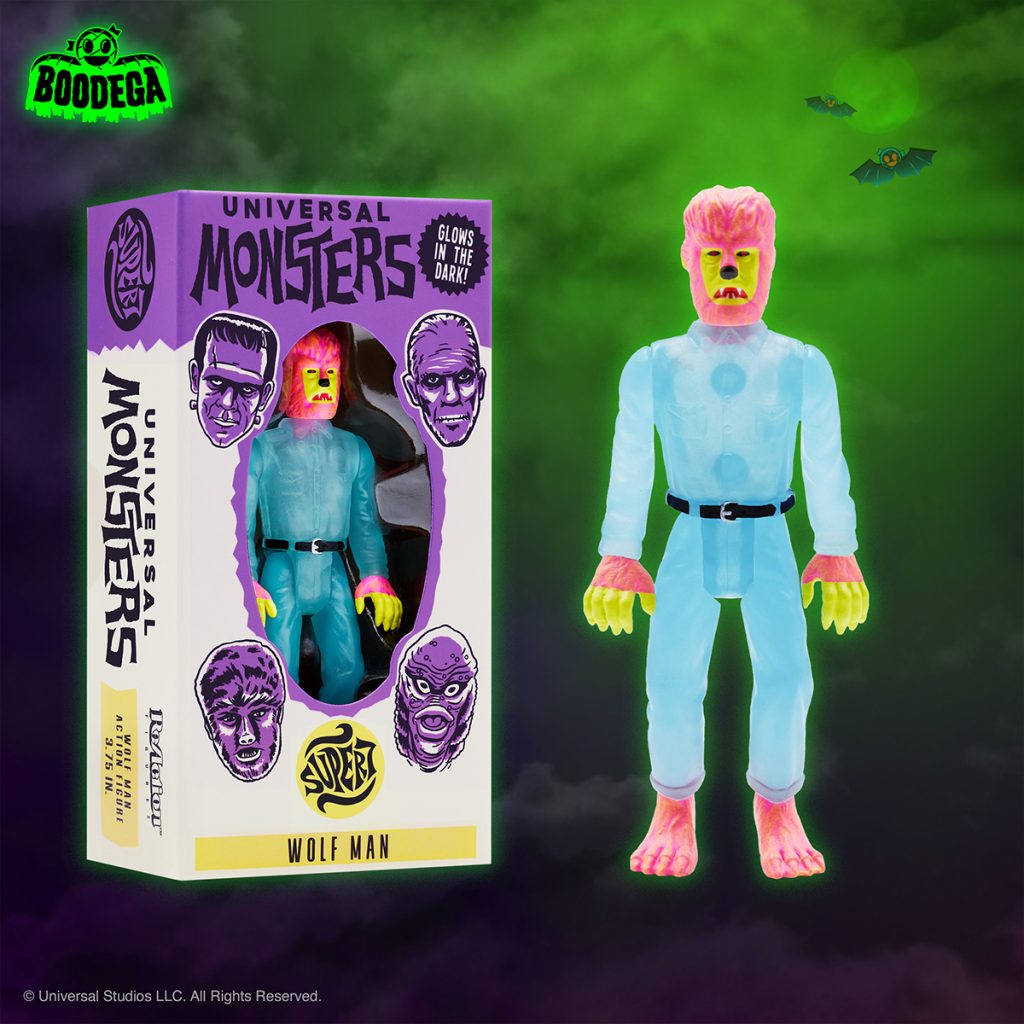