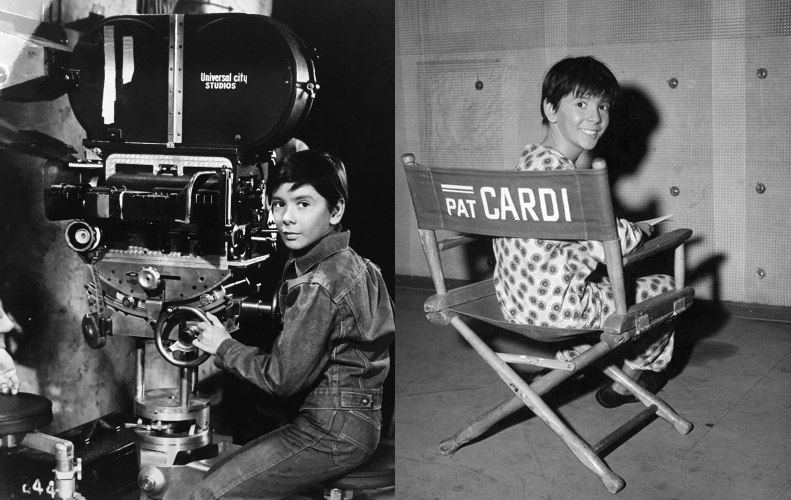 Pat Cardi has kindly spoken with Attack from Planet B to discuss his acting career, his experience with Universal Studios – including working on William Castle’s Let’s Kill Uncle (1966) – and the independent cult classic Horror High (1973).

Sarah Stephenson: Hi Pat Cardi, I’m really thrilled at the chance to speak to you. I love the role you did in Horror High.

Pat Cardi: Thank you Sarah. That seems to be the role I am most remembered for these days. After years and years of doing major studio and network shows as a child, my work slowed down quite a lot. So I took the lead in this tiny independent film that was shot in 12 days on 16mm film for something like $60,000. The crew was professional, having worked together on lots of commercials and corporate films. So everything went smoothly. I enjoyed the role and making the film, and the horror film community treats it like a classic piece.

Sarah: Did you have a difficult time as a child and teen actor?

Pat: That’s complicated. I chose to be in films when I was 9. I got my first movie role (an extra really) before I let my parents in on what I was doing. Dad was being haunted by his own missed chances to work in entertainment so he became my manager and worked with me for all of my acting career. I think the thing I battled with was “whose career was this anyway – mine or his!” By my teens I was ready for a new manager, so we quit the acting biz and moved to Perth W.A. I eventually moved back to Los Angeles where I did a few small roles in TV, then Horror High and a small role in Battle for the Planet of the Apes. I was 23 when I finally gave up acting after “…Battle…” 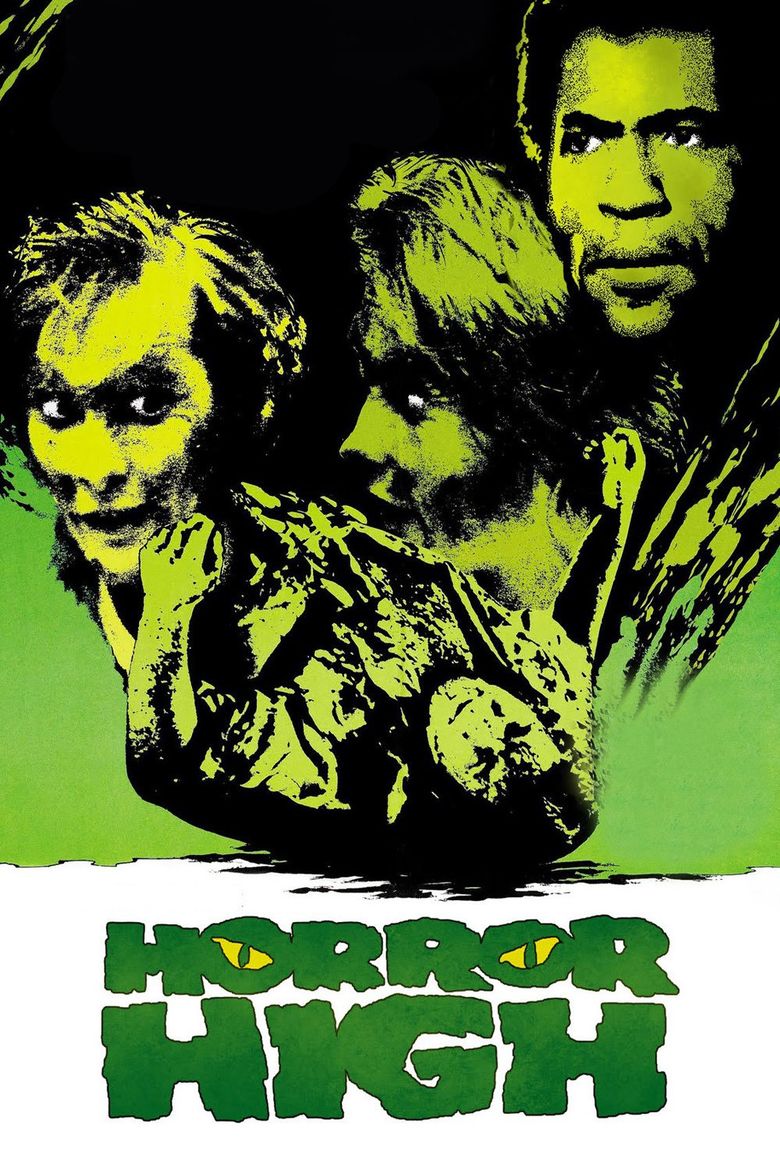 Sarah: Do you still keep in contact with the actors and crew you worked with?

Pat: Austin Stoker who played Detective Bozeman in Horror High and I rekindled our friendship in recent years appearing together at celebrity autograph shows. I was in contact with some of the older stars of other shows I worked on, but sadly they have passed away. For the most part, I didn’t bother with my peers who were still doing quite well in their careers.

Sarah: Which film projects did you enjoy acting in?

Pat: I starred in 2 films for Universal Studios, And Now Miguel and William Castle’s Let’s Kill Uncle which were both quite memorable experiences. Also I had a regular character part in a TV series titled It’s About Time, a time-travel comedy from the makers of Gilligan’s Island that was set 1 Million years BC. Between the cave city sets and props, wardrobe, special make up and the spaceship – it was a fun experience with really wonderful people to work with. All of my credits are listed under my name at IMDB.

Sarah: When you were starring in Horror High. Did you relate to the character Vernon Potts?

Pat: More than you might expect! My reputation as a child actor did not make for good times at school. Although the girls all seemed to like me and wanted to be friends, the boys were jealous of my popularity at the time. I often became the target of pranks and fights, and sitting alone at lunch. Most of my male friends were the so-called nerds, which, like it or not, I identified with. Sometimes when I was in a scene that required me to kill someone in the film, I would visualize some bully or pissed off teacher from my past. In particular there was a PE teacher at Hollywood High that I would have strangled with pleasure. 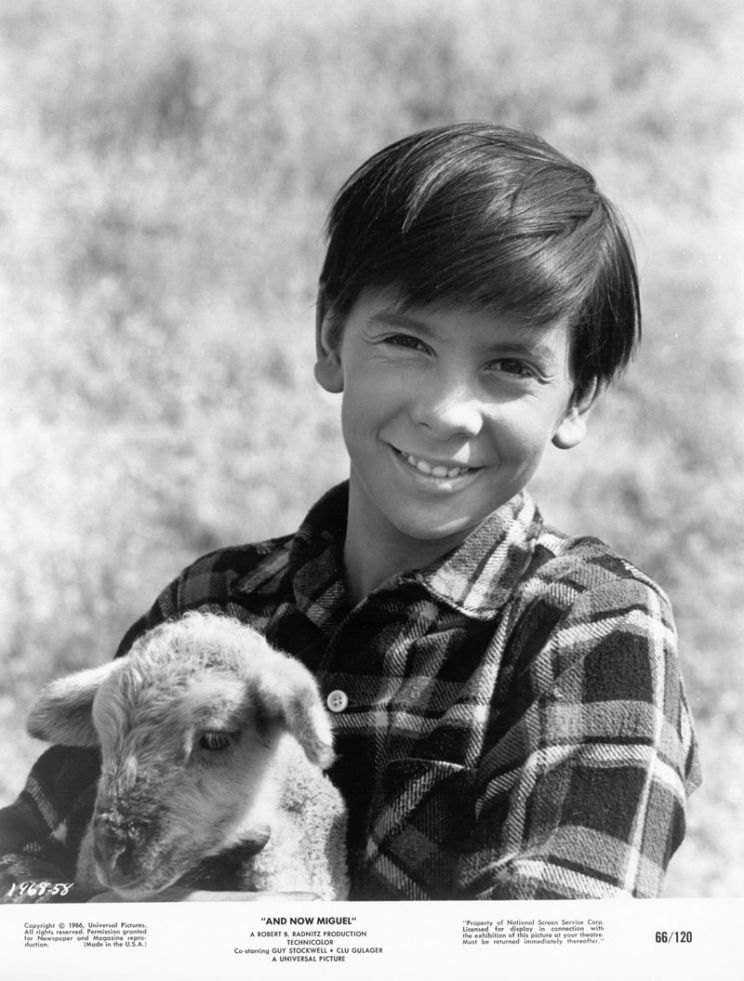 Sarah: Did producers ever contact you to make a cameo appearance in Return to Horror High?

Pat: Return To Horror High was made by a different company, and made under a different name. They taught up the name Horror High, but then found out we’d already done it. So they asked if they could name it Return to Horror High. We said have at it! It was a film that gave George Clooney his start, and also co-stared my old commercial partner Maureen McCormack (Brady Bunch). It would have been nice to do a cameo though.

Sarah: Were there any film roles you turn down but later regret not taking part in?

Pat: I did turn down some soap operas (daytime TV dramas) that did very well without me. I wish I would not have turned them down. My father was my manager and he turned down Willard and Last Summer. But the worst mistake I personally made was turning down Apocalypse Now, which was offered by Francis Ford Coppola. It would be shooting in the Philippines for 6 months. I had just started dating a girl that I did not want to lose. She was nice and beautiful, and guys at her office were constantly asking her out. I was sure she wouldn’t be available if I was gone for 6 months, So I ditched Francis’s film, and got the girl. We’ve been together for 46 years.

Sarah: Do you think future filmmakers and actors should focus on the money side or the creative side in film projects?

Pat: That’s a complicated question. For me as an actor, it made practical sense to leave acting because the money wasn’t there and it would have taken years for me to make it work. I was raising a family and I wanted to contribute 100% to making life viable for all of us. As a producer I was involved in the distribution of 2 films, both never made a dime for us. Horror High made plenty of money for the distributor we signed with, but we never got paid. I was intent on doing a studio film where I got paid to do it upfront. 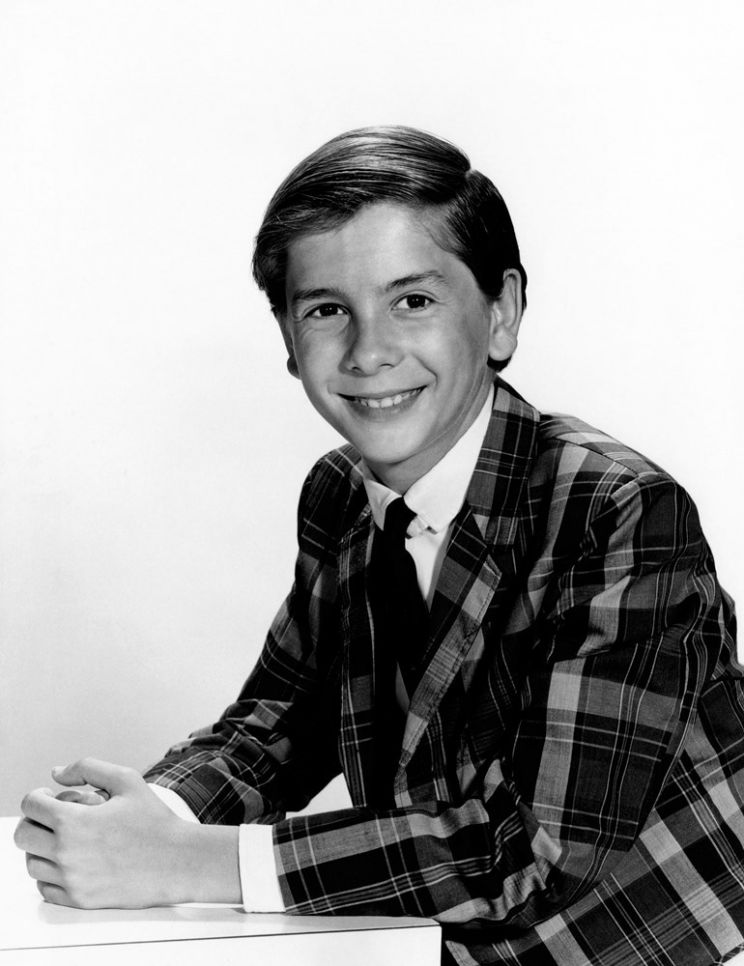 Now, having said all that – if you are either young, self-funded or retired, and you have nothing to lose, definitely work on any project that you think will further your career, something you will enjoy giving your ‘all’ too – regardless of the money. Young people should do what they can to work on films, and gain an on-set education and make connections with everyone on set. In working behind the scenes for independent film companies, connections I made moved me up to producer in just a matter of a few years. One PA (Production Assistant) who worked for me in the ’80s (yes, I’m old) has produced 13 feature films in recent years. She hadn’t even attended college when she started with me. Now she is a respected producer and has far exceeded my advances.

Sarah: If you had to relive your life again. What things would you do differently?

Pat: I would win the lotto and live on a large yacht in Sydney harbour. No, really… I would have made real films as a youngster. I didn’t do that, I shot “scenes” and special effects. Also, I would have found psychological help with my self-confidence and found mentoring in the craft of directing. And I would have gone to USC film school. I would have connected with one of the independent film distributors at the time so that I could fund my directing career. I would have listened to my studio teacher who was the only stable adult in my life and who cried every time I stumbled, and who was there to help me become a mature thinker. I would have paid more attention to contracts and negotiations during my acting career, and closely watched and learned from the agency that guided my career as a child actor. And I was unfittingly immature from my teens through to my 30’s… and perhaps beyond. And, I made connections – but I did not make friends.

Sarah: You finished acting in 1973. Were there any moments when you really wanted to get back into acting?

Pat: Not really… only maybe 3…or 4 times…a DAY! I’ve always wanted to go back to acting, but for me it wasn’t a viable alternative. I had a young wife, and 3 bright and active children to raise. I played it safe and only considered doing a real job with a steady paycheck. So I worked in other capacities at all of the studios, from vacuuming the high-up catwalks in the soundstages, to putting out cast and crew meals, to cleaning dressing rooms and toilets – I did it all. I got nowhere. I went back to the drawing board and eventually started my own commercial video company and studio. Now that I’m retired, I’ve been thinking about acting again… who knows!!!