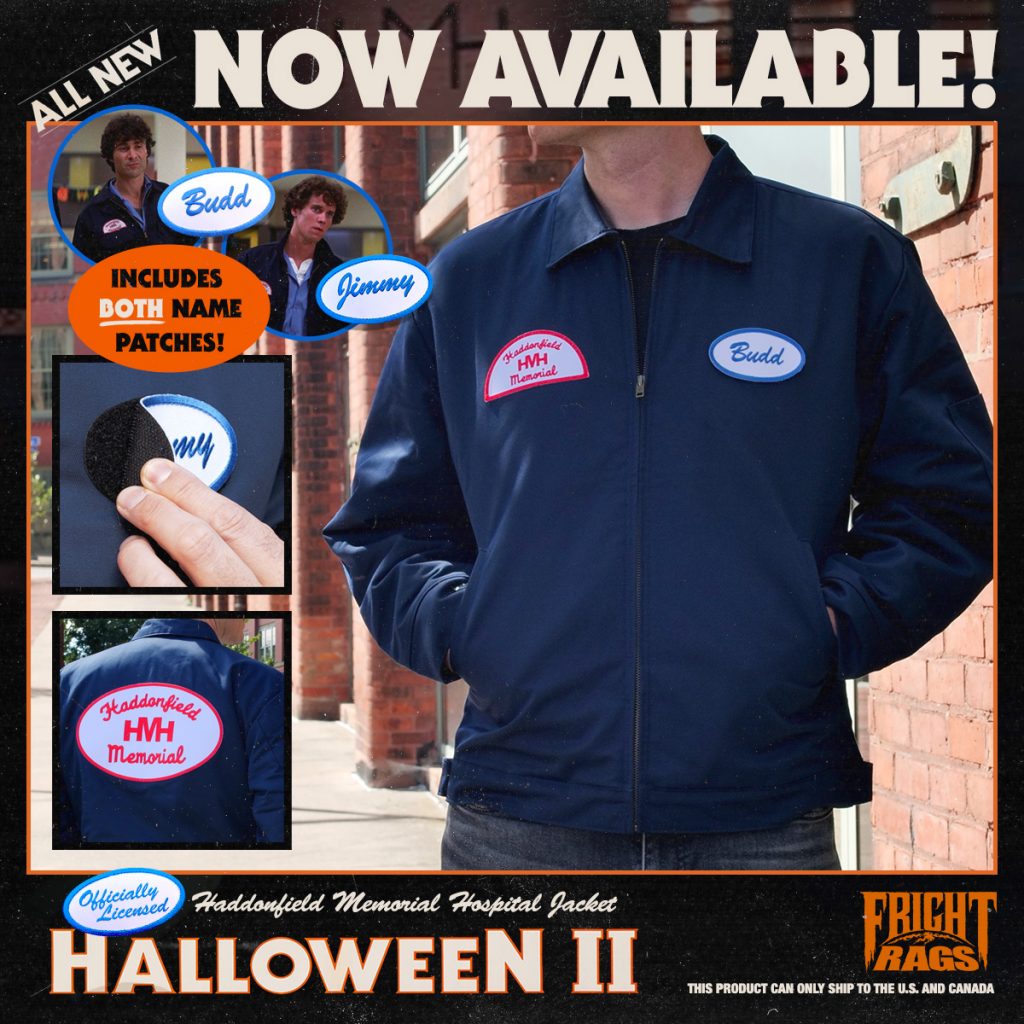 Fright-Rags’ Halloween II quilt-lined jacket features embroidered Haddonfield Memorial Hospital patches on the right chest and back plus velcro on the left chest for interchangeable Jimmy and Budd patches (both included). The limited stocked quantity will be delivered in plenty of time for Halloween.

Fright-Rags is ready to party with its The Return of the Living Dead collection. Four new designs – one of which is a long-sleeve tee – are available alongside restocks of two classic shirts. 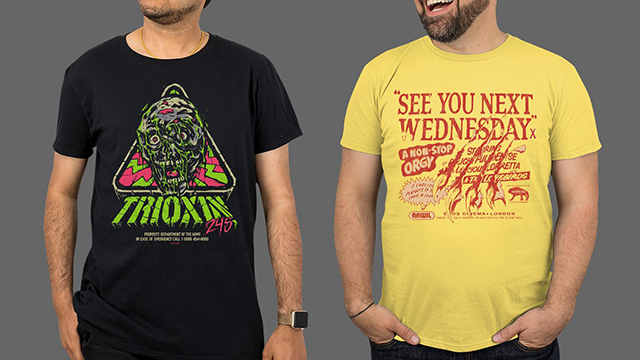 We shall see how the Lord favors you with Fright-Rags’ Children of the Corn t-shirts. The Stephen King adaptation has received three designs, including Malachai artwork featured on the film’s recent soundtrack pressing.

Celebrate 40 years of An American Werewolf in London with Fright-Rags’ merchandise. Sink your claws into a Slaughtered Lamb pint glass, new short-sleeve and long-sleeve shirts, plus restocked designs.

1970s children’s TV show The Hilarious House of Frightenstein has received a new design from Fright-Rags. Vincent Price and the rest of the gang are available on t-shirts and zip-up hoodies.

Halloween II jackets along with The Return of the Living Dead, Children of the Corn, An American Werewolf in London, and The Hilarious House of Frightenstein collections are on sale now at fright-rags.com 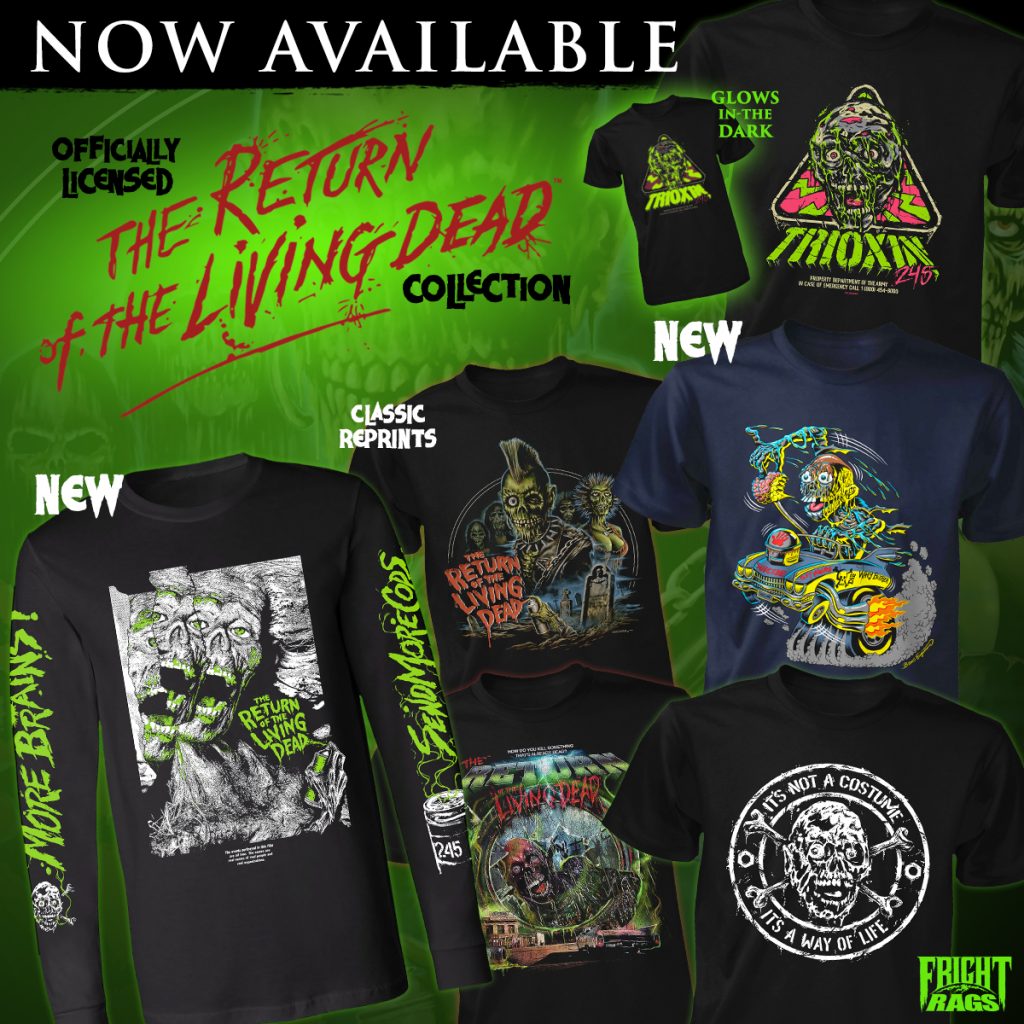 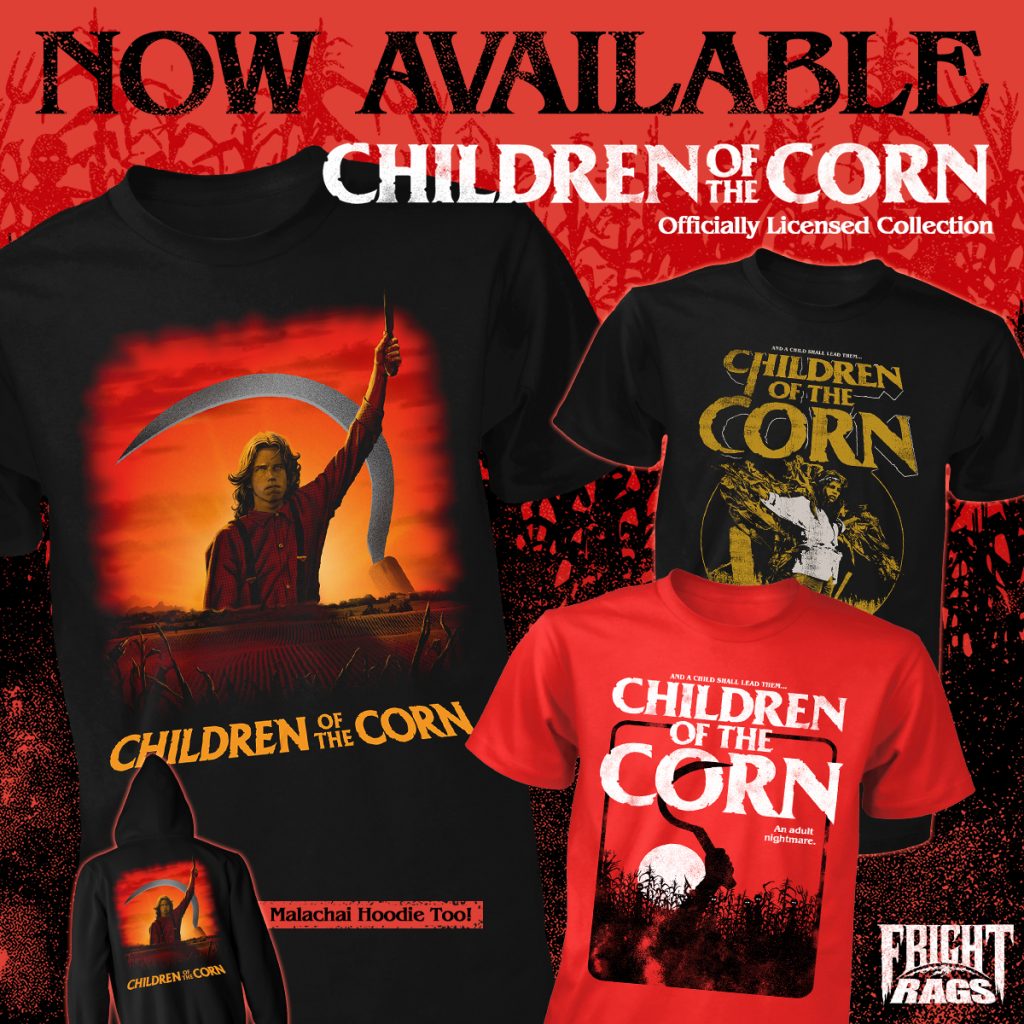 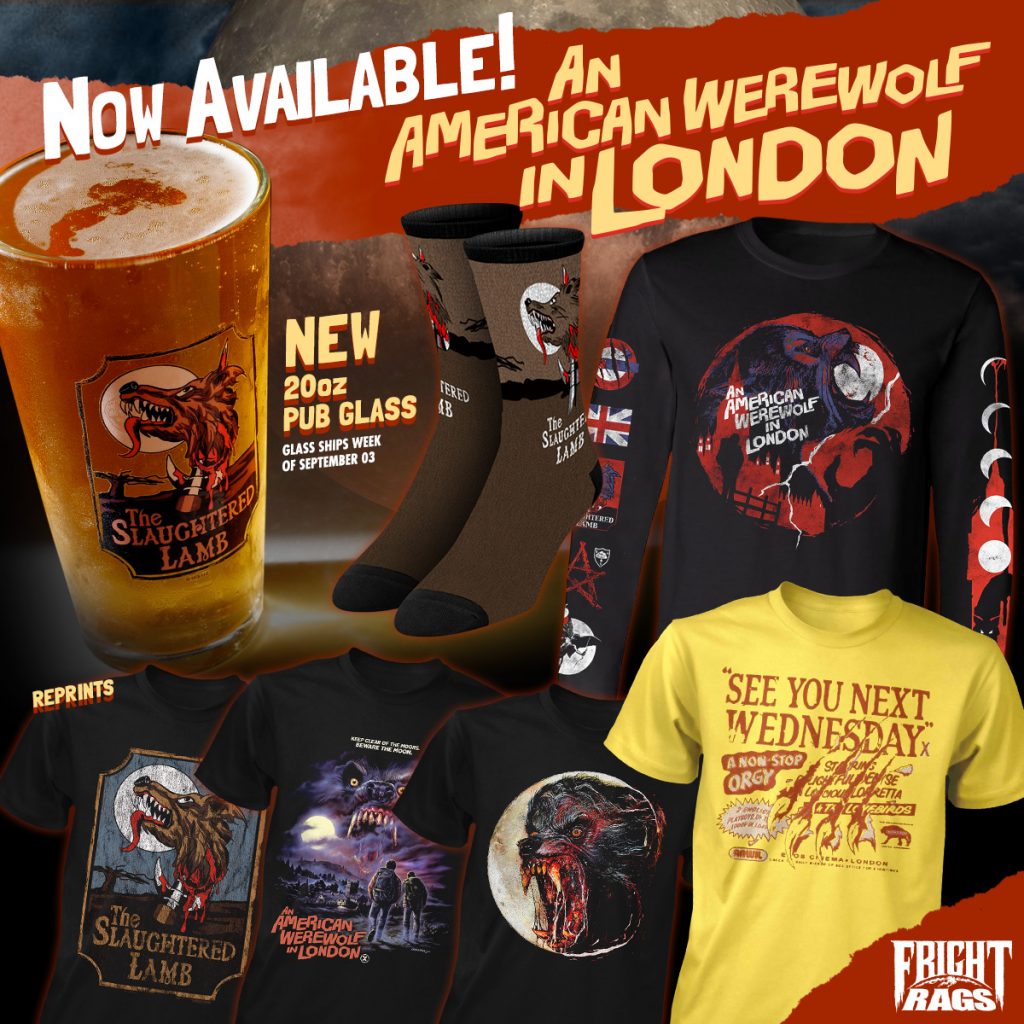 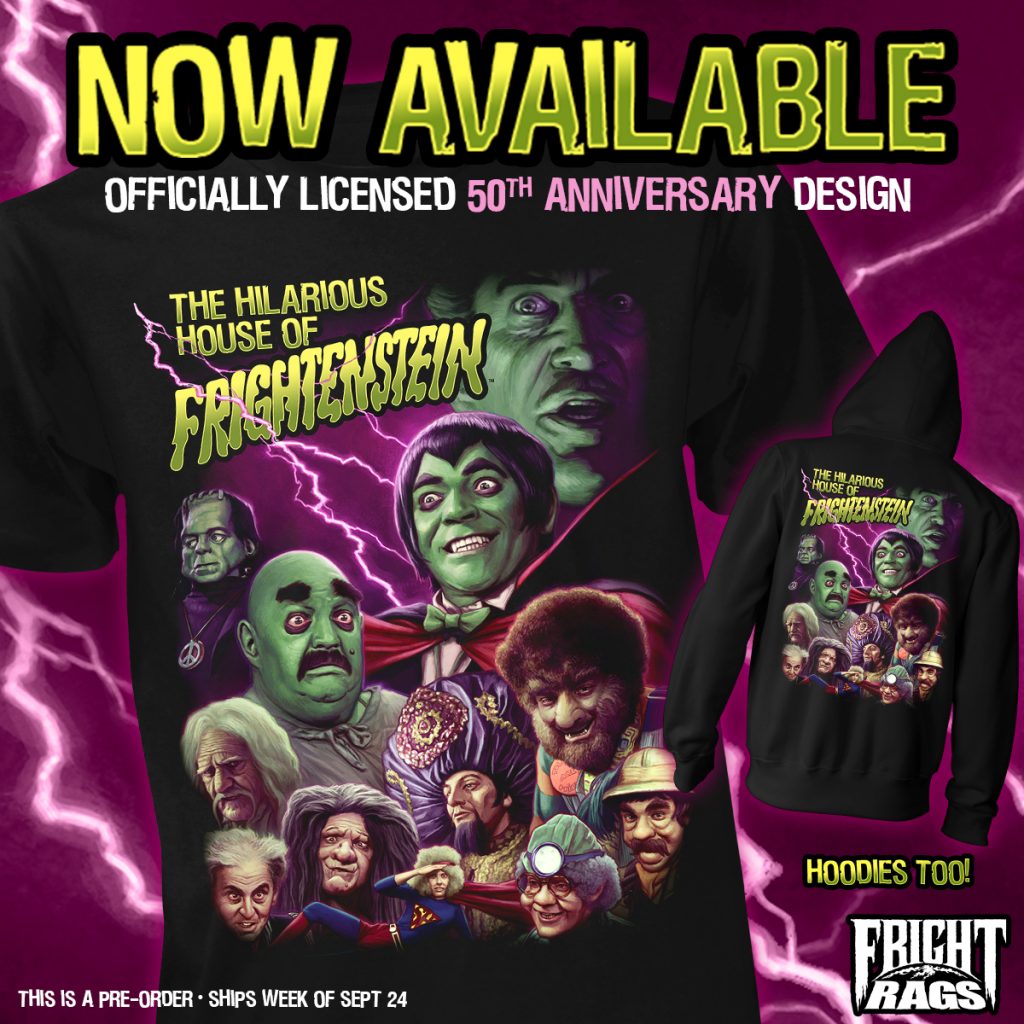