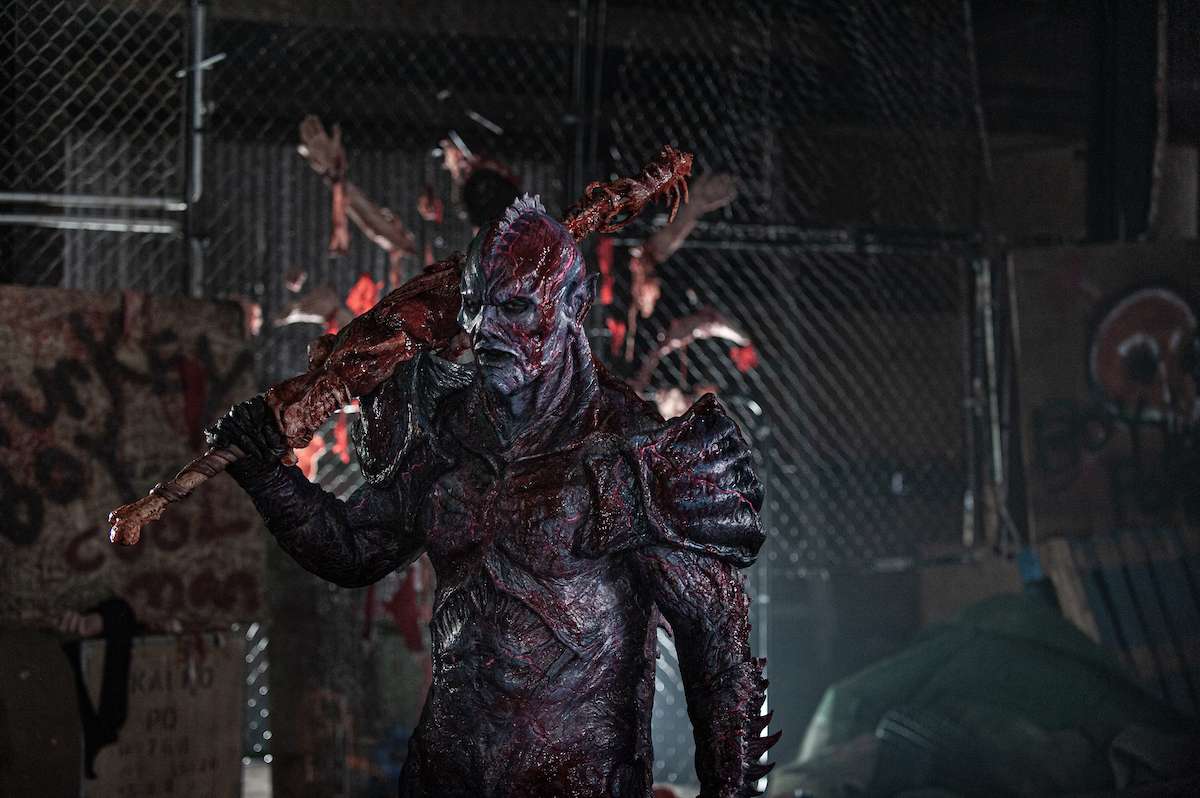 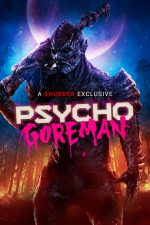 Mimi (Nita-Josee Hanna) is a spoilt brat who obtains a gemstone that can control the ultimate intergalactic supervillain, Psycho Goreman (Matthew Ninaber). She frequently bullies her brother Luke (Owen Myre) and does whatever she wants; including trying to force Luke’s friend Alasdair (Scout Flint) to fall in love with her, despite him not liking her other than as a friend. It’s rare for the main character to be such an egomaniac!

It’s hard to relate to Mimi. Her behaviour is likely due to her equally unrelatable, lazy dad Greg (Adam Brooks). However, both Mimi and her Greg are hilarious in PG, and I enjoyed how Mimi would communicate from her bedroom to her brother’s through knocking on the wall: “I told you before, grandma is in hell forever!” More importantly, the family goes on an emotional journey during PG.

As well as a fantastic, monstrous character design, Psycho Goreman’s dialogue and voice (Steven Vlahos) are perfect. For the majority of the film, PG is under Mimi’s control, so he is stuck with just making threatening quips and observations about humans. It’s amusing to see Mimi treat him as her pet despite his god-like power. Sometimes Mimi will let him off the leash though, resulting in brutal attacks and grotesque kills that definitely live up to his name!

Psycho Goreman’s biggest strength comes from surprises like Alasdair’s hilarious fate, and the final act of the film eschewing the now commonly used CGI fight spectacle. In fact, the majority of the special effects are practical and done on a low budget (approximately $50,000 CAD went to creature effects), so for anyone who grew up in the 90s, the SFX are a great nostalgia buzz.

In conclusion, whilst PG is clearly influenced by Mighty Morphin Power Rangers – not least through the creature effects – it is very much an original splatter film. From Mimi’s dysfunctional family to gory fight sequences and multiple plot twists, Psycho Goreman becomes something else: a unique comedy/horror supervillain movie mash-up.