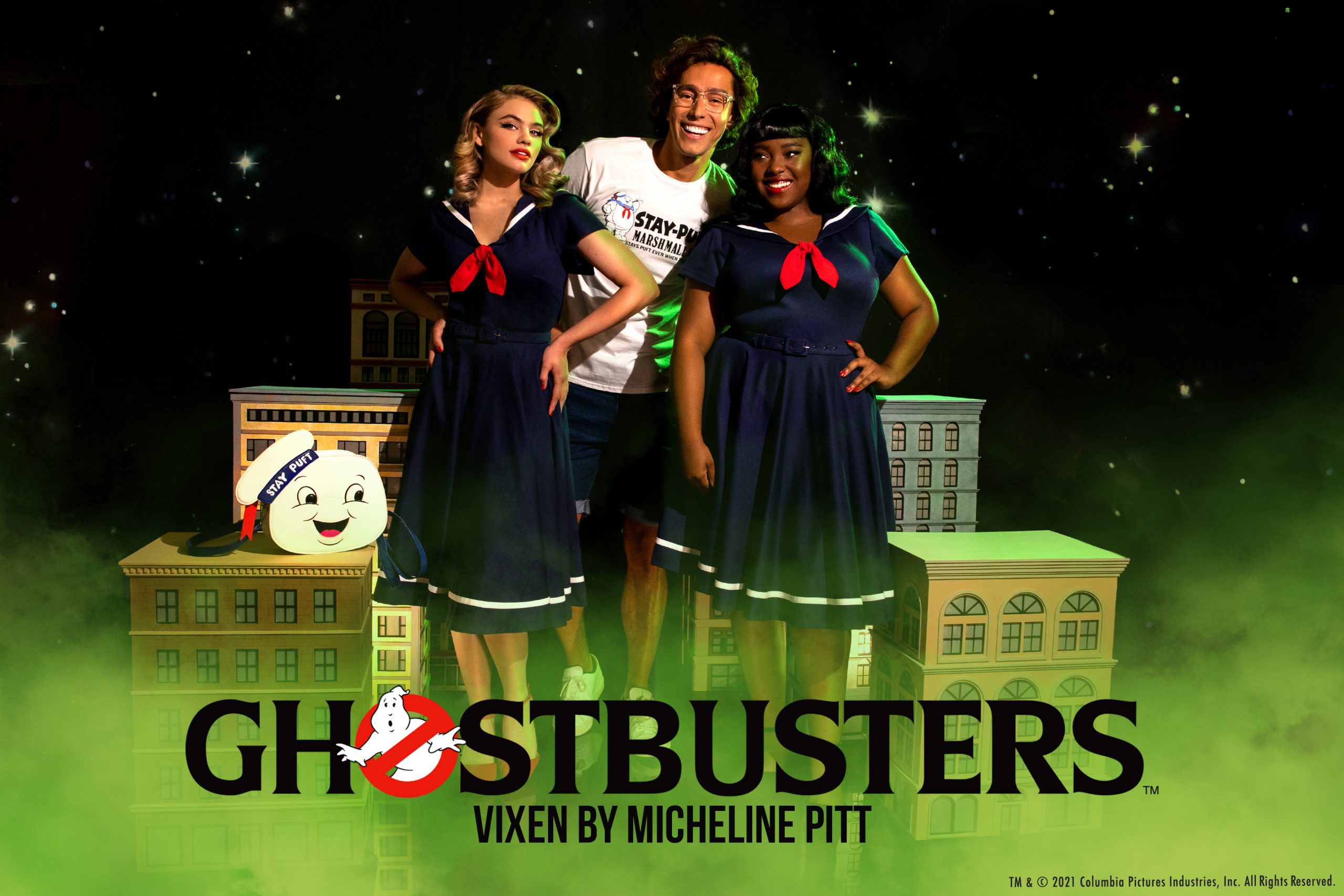 Micheline Pitt’s love of horror (inspired by the grandfather she watched scary movies with as a kid) led to collecting nostalgic toys and eventually a career as a professional makeup artist, animator, and now filmmaker. 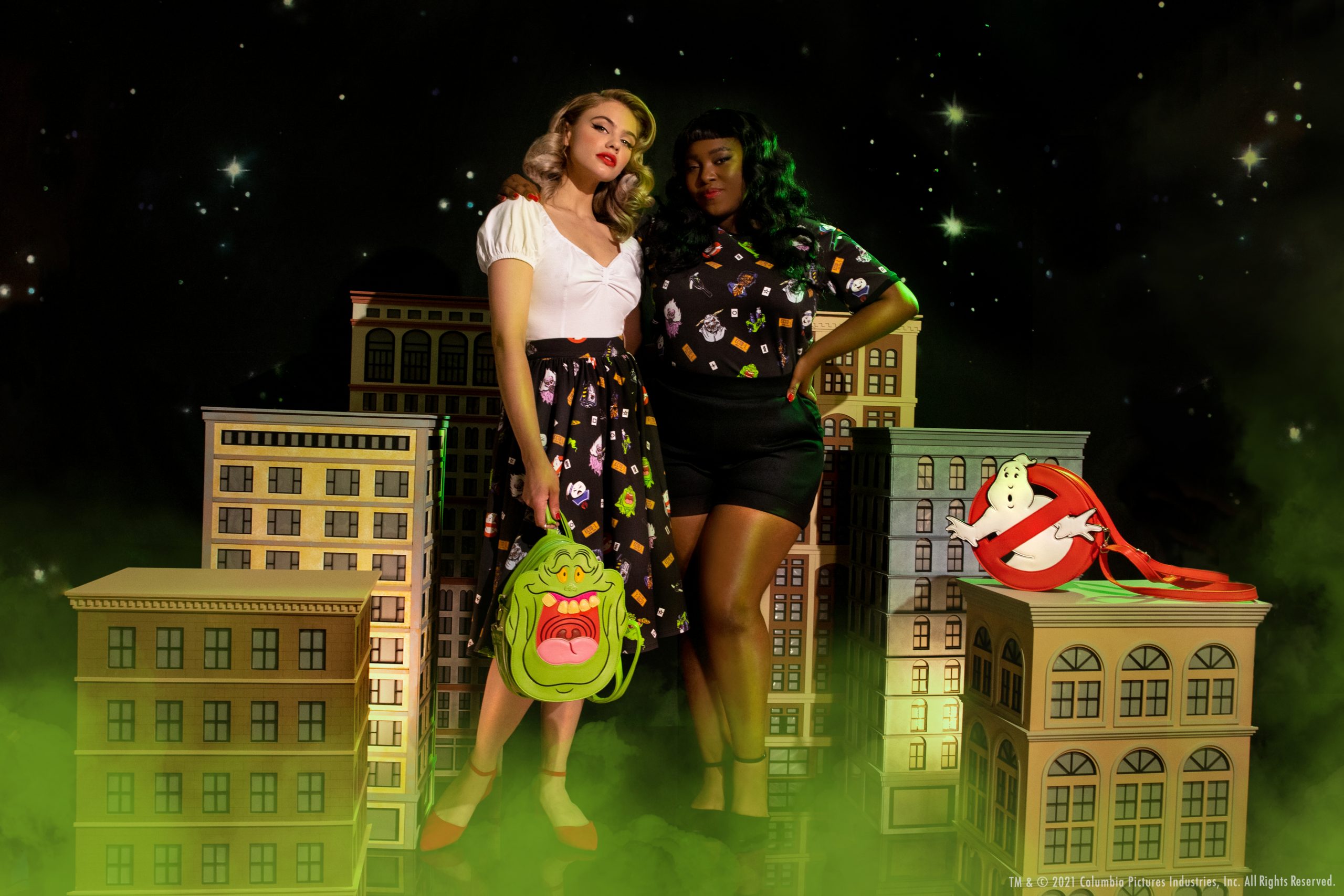 She guest designed for various brands under her namesake, until she broke out on her own, creating Vixen by Micheline Pitt, a sexy and powerful, vintage inspired clothing line. As the sole founder and owner of Vixen, Micheline leads the creative vision and designs every collection, from apparel to accessories.

“Being a kid of the 80’s, I grew up watching the original Ghostbusters film religiously. Like anyone who watched this movie, I wanted to be a Ghostbuster. I definitely pretended to be Venkman on too many occasions growing up while playing with my vintage proton pack.” 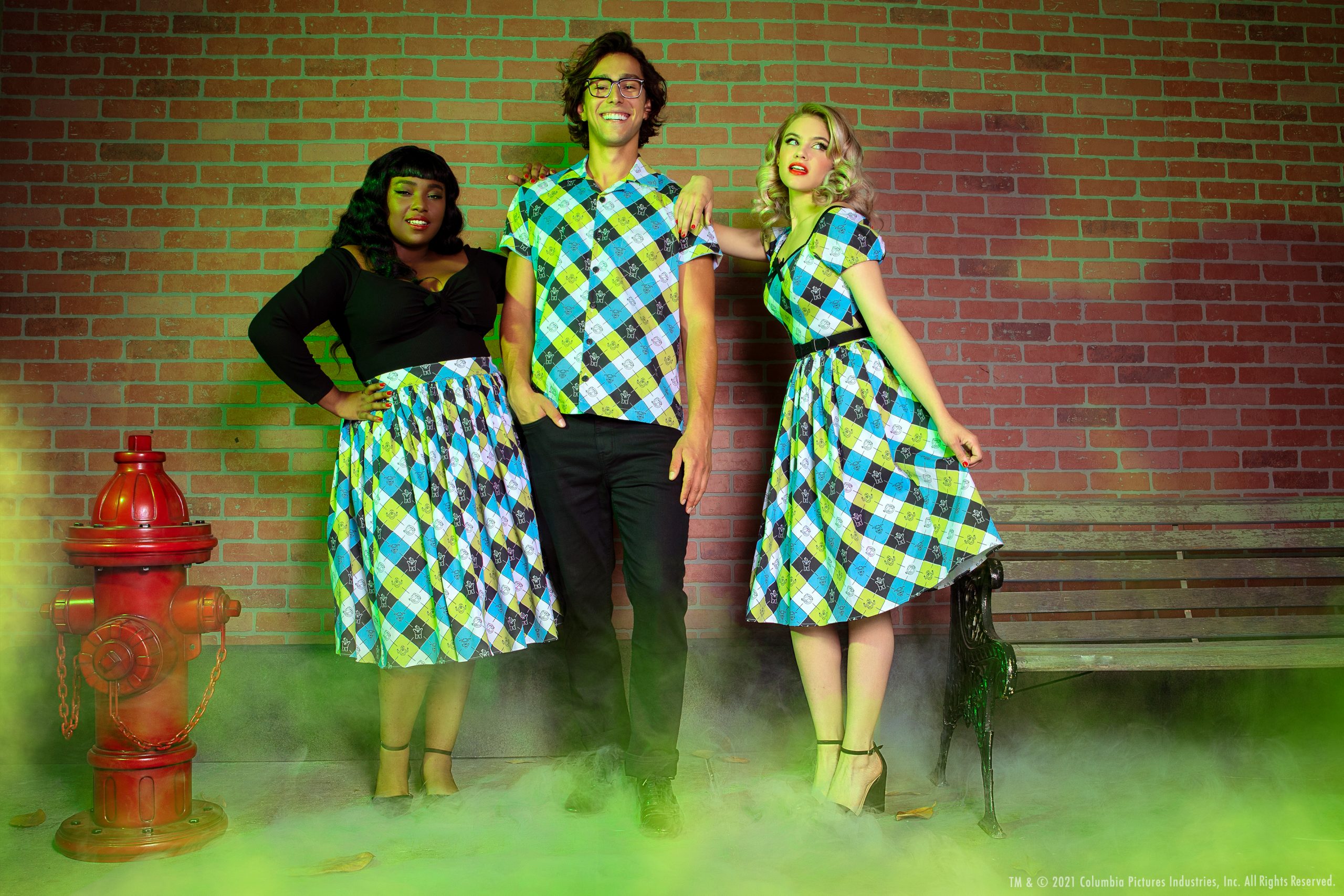 Available now at michelinepitt.com, the Vixen by Micheline Pitt Ghostbusters Collection includes dresses, skirts, shirts, and bags featuring and inspired by the Ghostbusters rogues gallery of spectral baddies including the Stay Puft Marshmallow Man, Slimer, Gozer, Terror Dogs, and more, along with the ever-iconic “No Ghosts” Ghostbusters logo.

“Being a female fan of this film franchise, it was really important to me to make items for other female fans like myself, while also having everything else be unisex for all Ghostbusters film fans.” 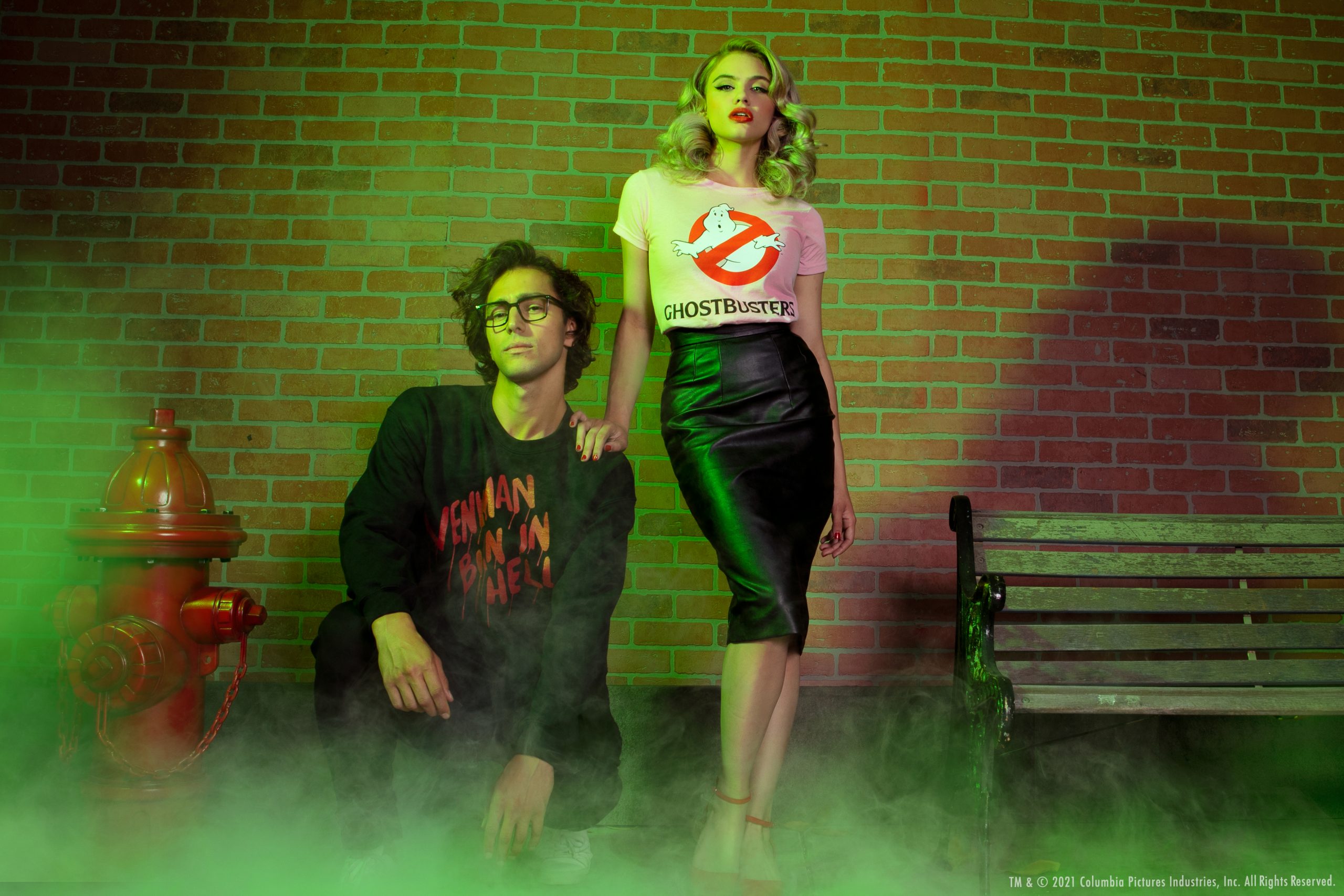