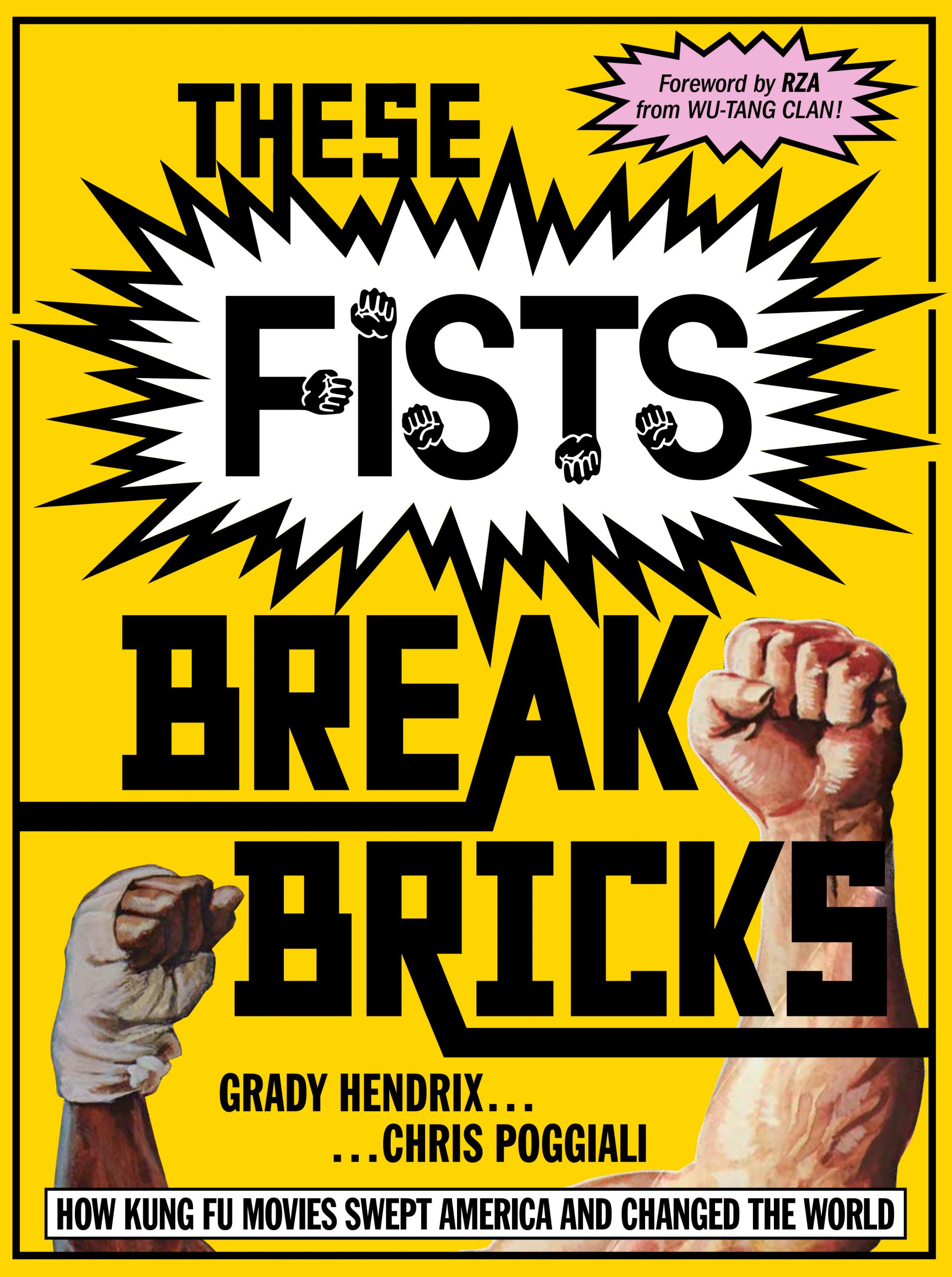 Grady Hendrix and Chris Poggiali, along with publisher Mondo Books, will be releasing These Fists Break Bricks: How Kung Fu Movies Swept America and Changed the World, 19th September. The New York Times bestselling author, Grady Hendrix, is widely known for his Bram Stoker Award-winning Paperbacks from Hell, a history of the horror paperback boom of the Seventies and Eighties, and now, with film historian Chris Poggiali, they tell the story of how kung fu movies came to America. Pre-orders for the book are available now at mondoshop.com

When a Hollywood studio released Five Fingers of Death to thrill-seeking Times Square moviegoers in 1973, only a handful of Black and Asian audience members knew the difference between an Iron Fist and an Eagle’s Claw. That changed overnight as Five Fingers of Death kicked off a kung fu craze that would earn millions at the box office, send TV ratings soaring, influence the birth of hip hop, reshape the style of action we see in movies today, and introduce America to some of the biggest non-white stars to ever hit motion picture screens.

This lavishly illustrated book tells the story of how these high-kicking, brick-breaking movies came to America and raised hell until greed, infomercials, and racist fearmongering shut them down. It’s about CIA agents secretly funding karate movies, The New York Times fabricating a fear campaign about black “karate gangs” out to kill white people, the history of black martial arts in America, the death of Bruce Lee and the onslaught of imitators that followed. Here for the first time is the full uncensored story.

From the Foreword by RZA of Wu Tang Clan:

“In the following pages of These Fists Break Bricks, we will travel down that path of yesterday, where grindhouse theaters and the films they displayed inspired the filmmakers of today and the sound of the world’s most popular music. May this book’s history and the culture it revisits inspire future generations to come.”

Distributed to the book trade by SCB Distributors and available through all bookstores and online retailers.