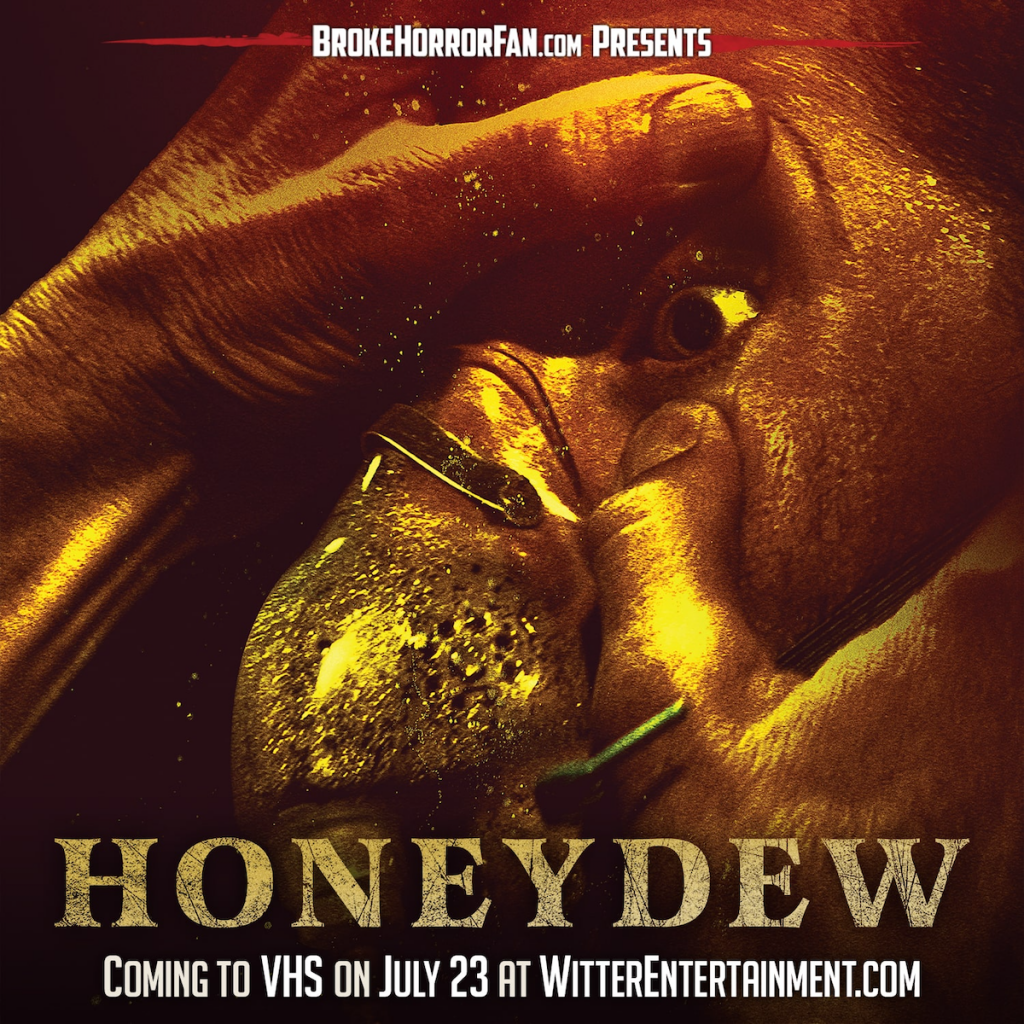 Each VHS includes a letter from writer-director Devereux Milburn and an exclusive introduction by actress Barbara Kingsley. Stay tuned after the movie for the special feature: Honeydew: Behind the Scenes.

For optimal VHS viewing, the film has been cropped from its original aspect ratio to 4:3 full frame. It is officially licensed from Dark Star Pictures and Bloody Disgusting and has been approved by director Devereux Milburn.

A young couple is forced to seek shelter in the home of an aging farmer and her peculiar son, when they suddenly begin having strange cravings and hallucinations taking them down a rabbit hole of the bizarre.

Don’t miss out on adding to your collections, tapeheads!