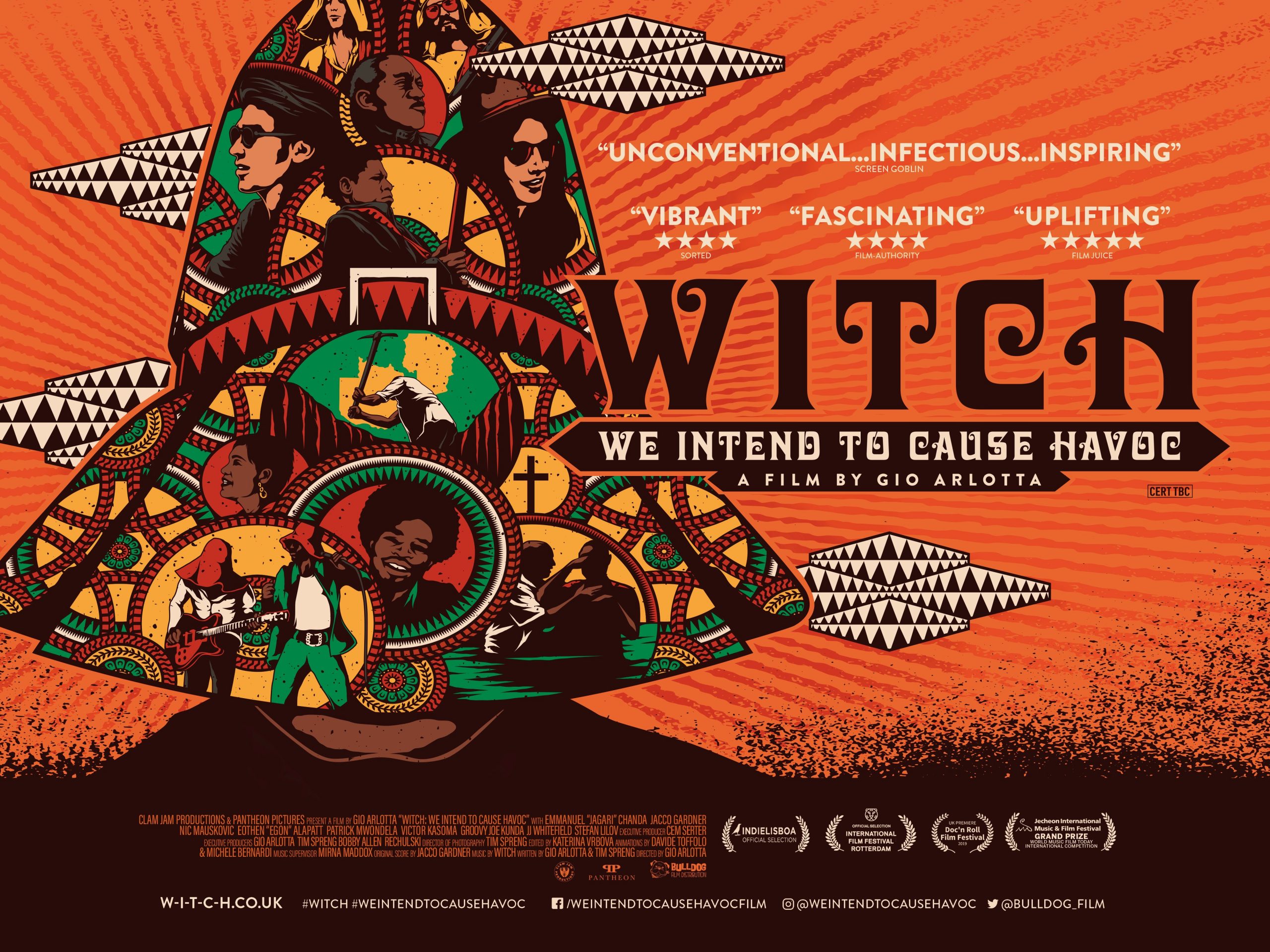 Discover the psychedelic sounds of rock superstars WITCH in a guided tour through their mud-hut village formation to superstardom in the politically turbulent Zambia of the 70s, and eventual re-discovery by contemporary music fans. WITCH: We Intend to Cause Havoc is a vibrant, joyous celebration of life and music.

The film follows the twenty-first century formation of WITCH (We Intend To Cause Havoc) Zambia’s most popular rock band of the 1970s and leaders of the ground-breaking ‘Zamrock’ movement. Lead singer, Jagari, whose name is an Africanisation of Mick Jagger’s, guides us through the band’s awakening to the sounds of The Rolling Stones and the British Invasion bands of the 60s, which would see Jagari and the band develop their own unique blend of heavy psychedelic rock and African rhythms taking them to the pinnacle of Zambia’s music scene.

After an arrest, prison sentence and religious conversion Jagari ends up leading the quiet life of a countryside quartz miner until a reunion and performances in front of adoring crowds on his first ever European tour, 40 years after his last album was released.

Bulldog Film Distribution presents WITCH: We Intend to Cause Havoc in select cinemas and on demand 2nd July.