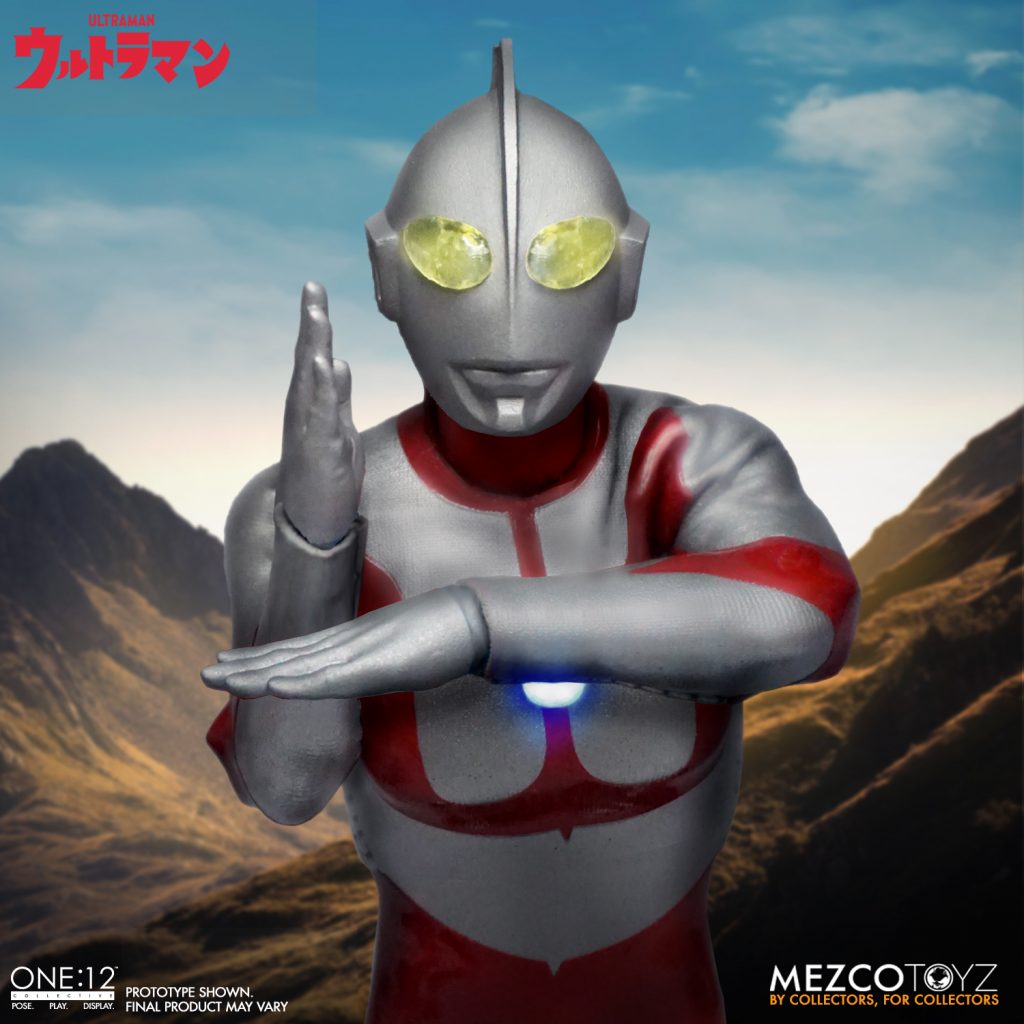 Hailing all the way from Nebula M78, Ultraman joins the One:12 Collective!

Ultraman is outfitted in a combat suit powered by his Ultraman Factor, and features a light-up Color Timer on his chest. He comes with two light-up head portraits including a Fluoroscope Ray portrait, known for de-cloaking and destroying!

Ultraman comes complete with a range of attack FX including a Specium Ray hand FX, an Ultra Slash FX, and an Ultra Attack Ray FX which fits over his arm. The Jet VTOL, the main vehicle of Science Special Search-Party, is also included and can be held by Ultraman. Recreate a multitude of fight scenes with the scaled breakaway buildings that can be disassembled to look like they’ve been destroyed during battle!

Three million lightyears away from Earth lies Nebula M78, home world of most Ultras. Ultras are powerful silver beings from the Land of Light. Incredibly strong due to their bodies generating natural steroids, Ultras are also able to change their size at will and fire energy beams from their hands.

Each One:12 Collective Ultraman figure is packaged in a collector friendly box, designed with collectors in mind, and are available to pre-order from mezcotoyz.com 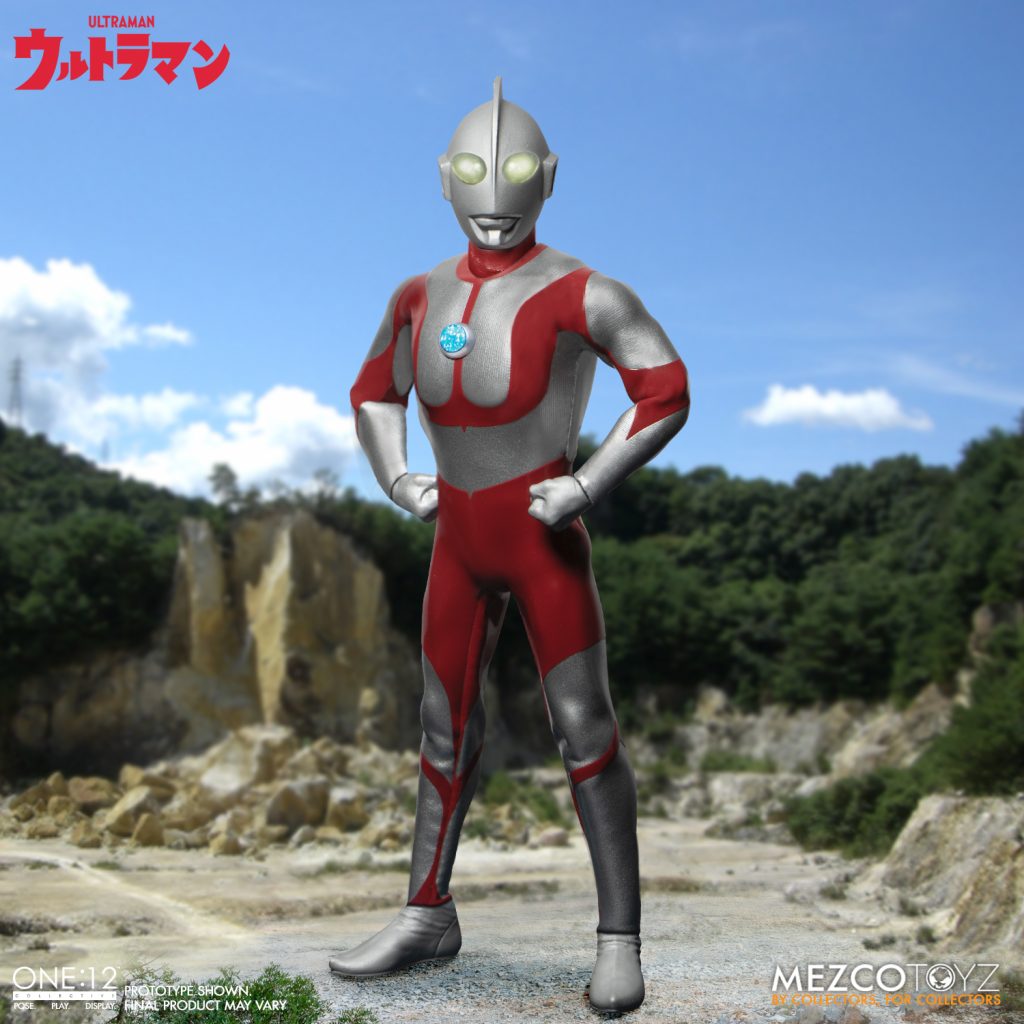 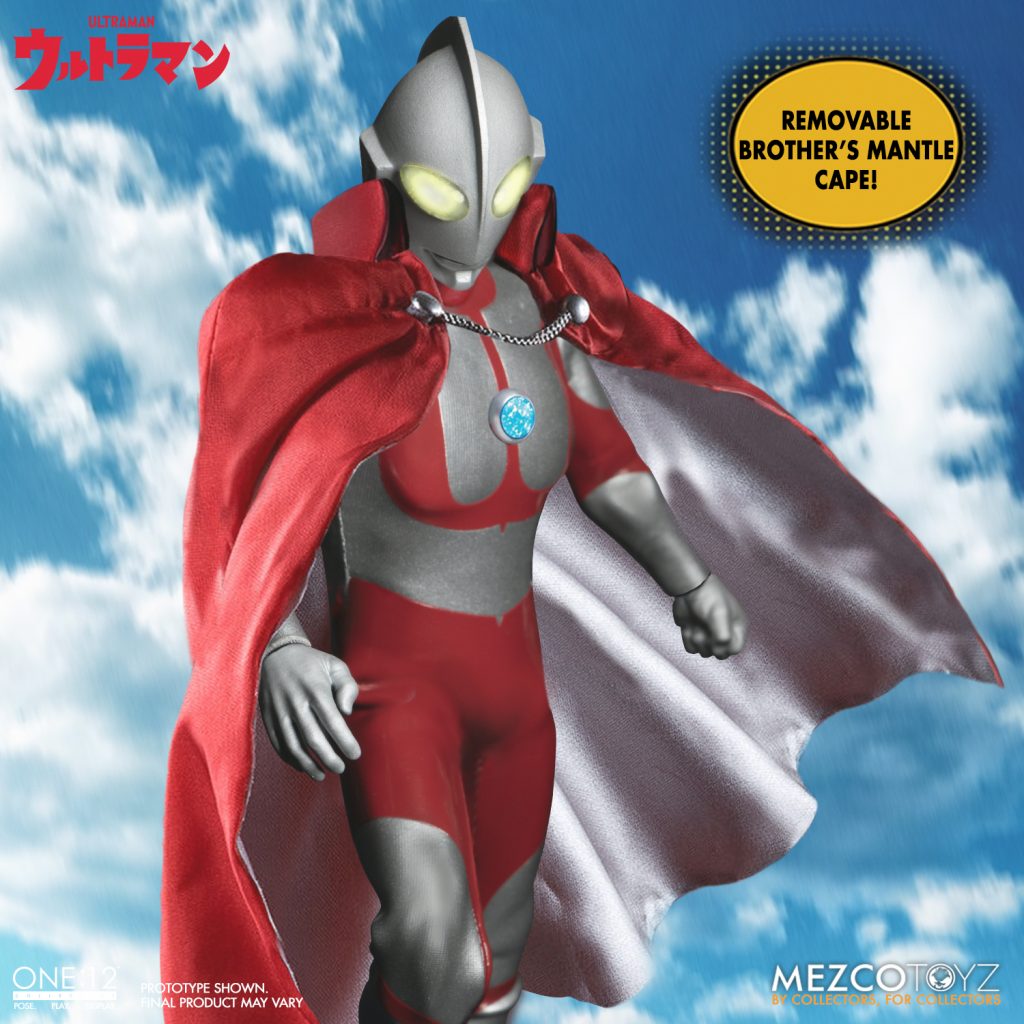 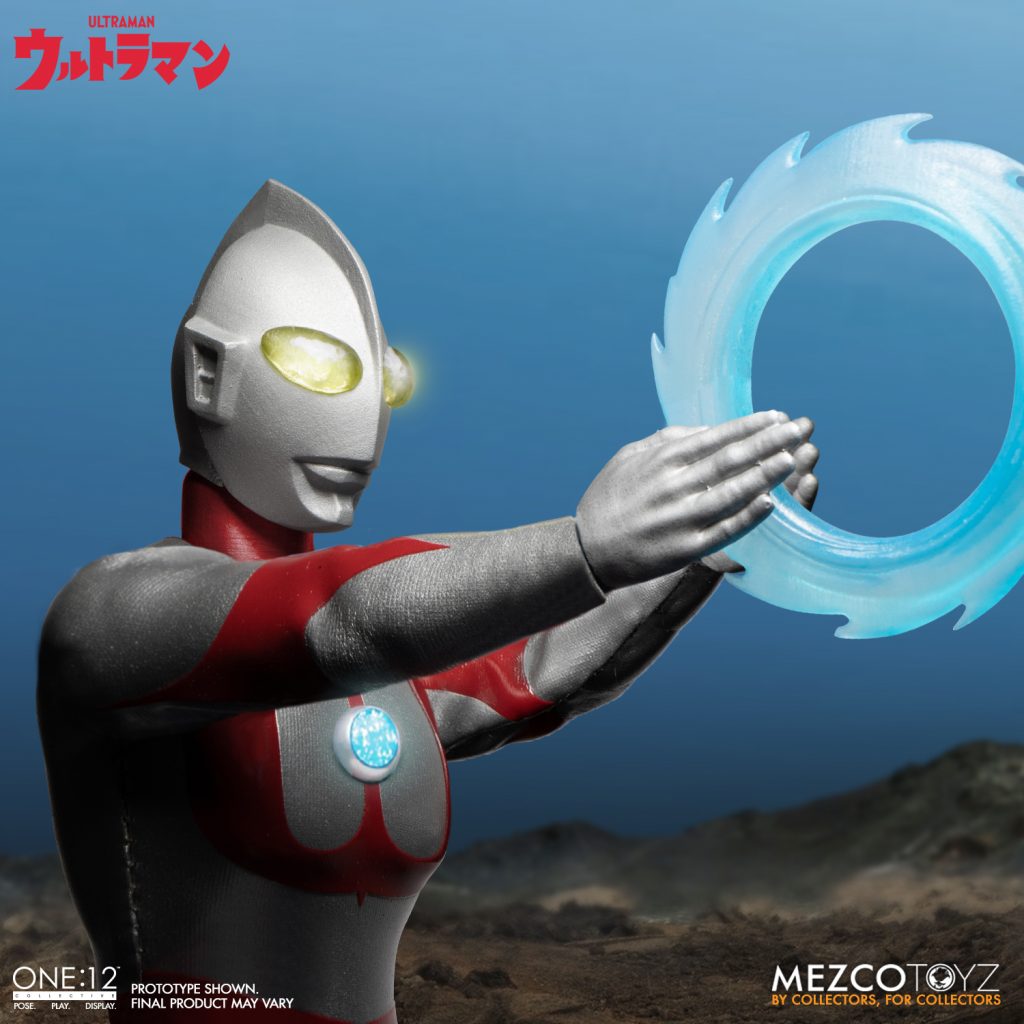 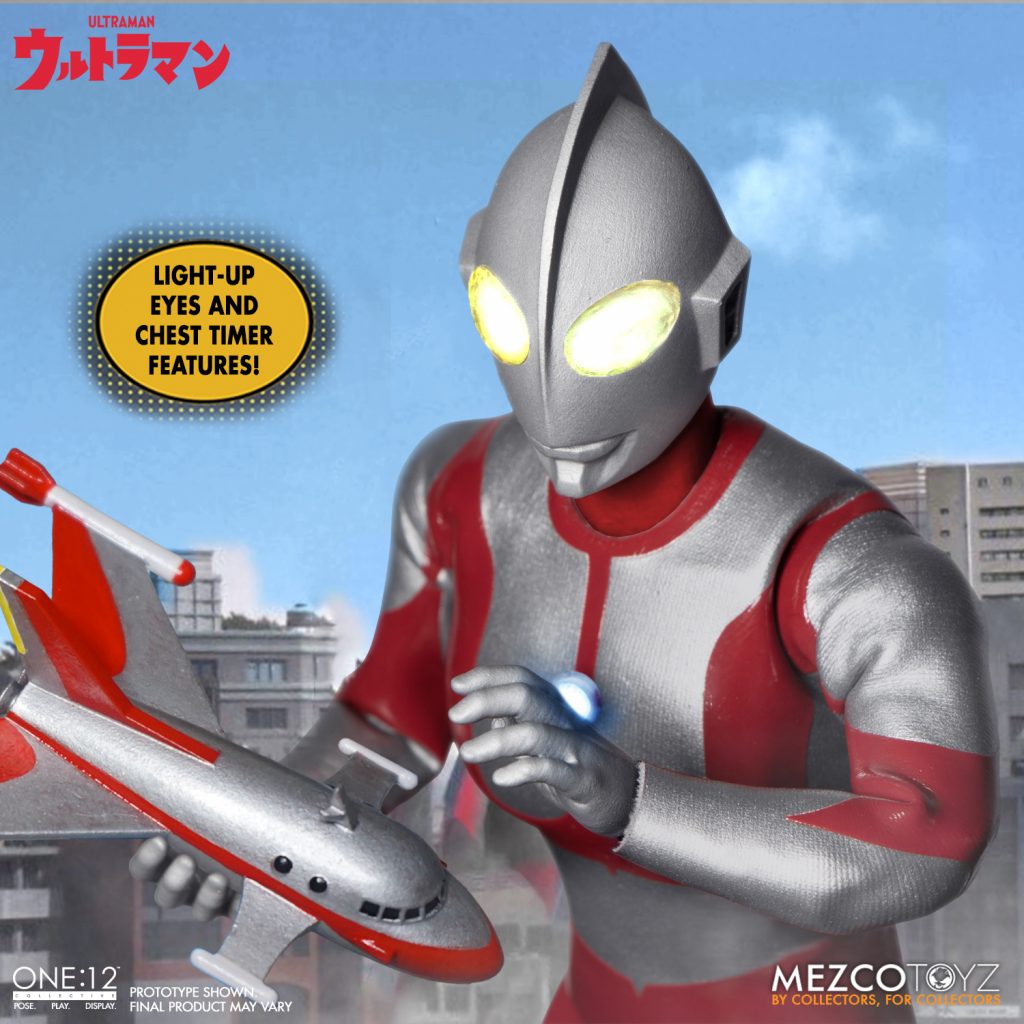 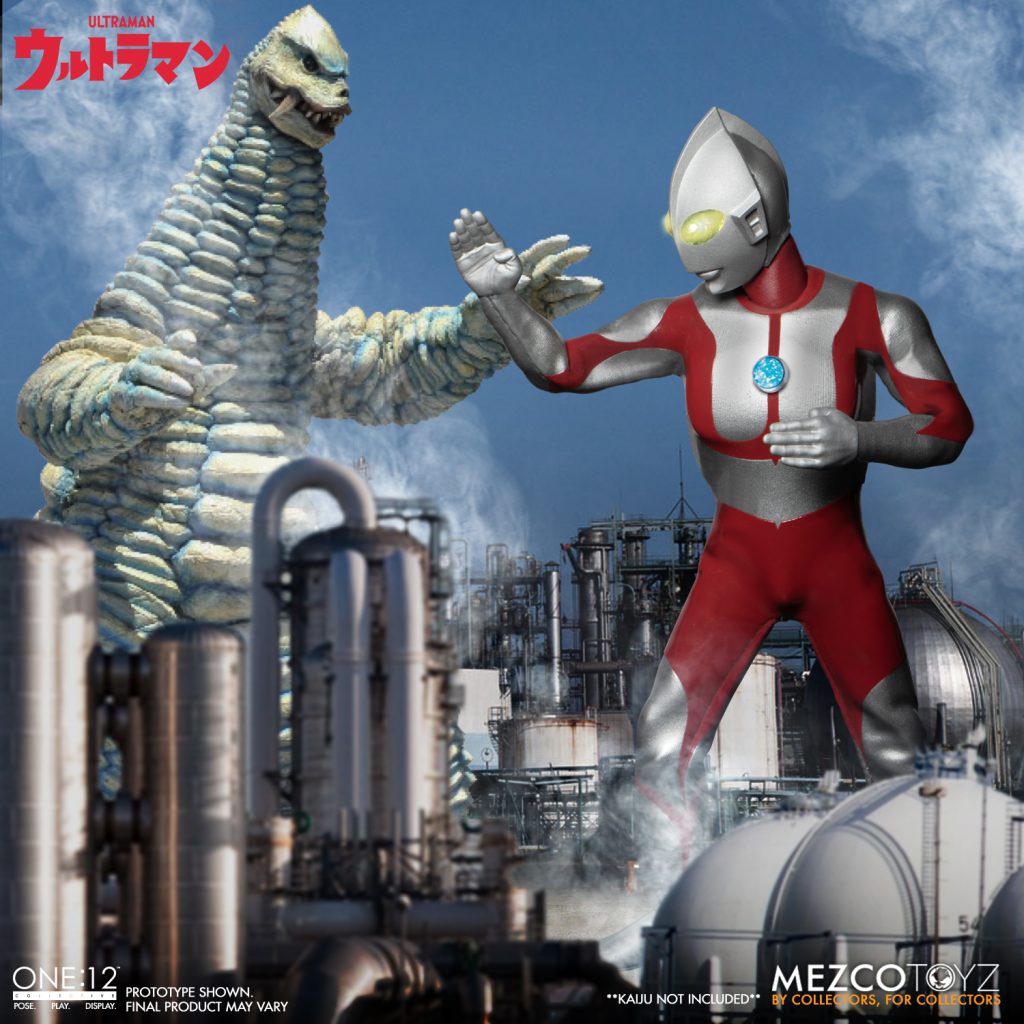