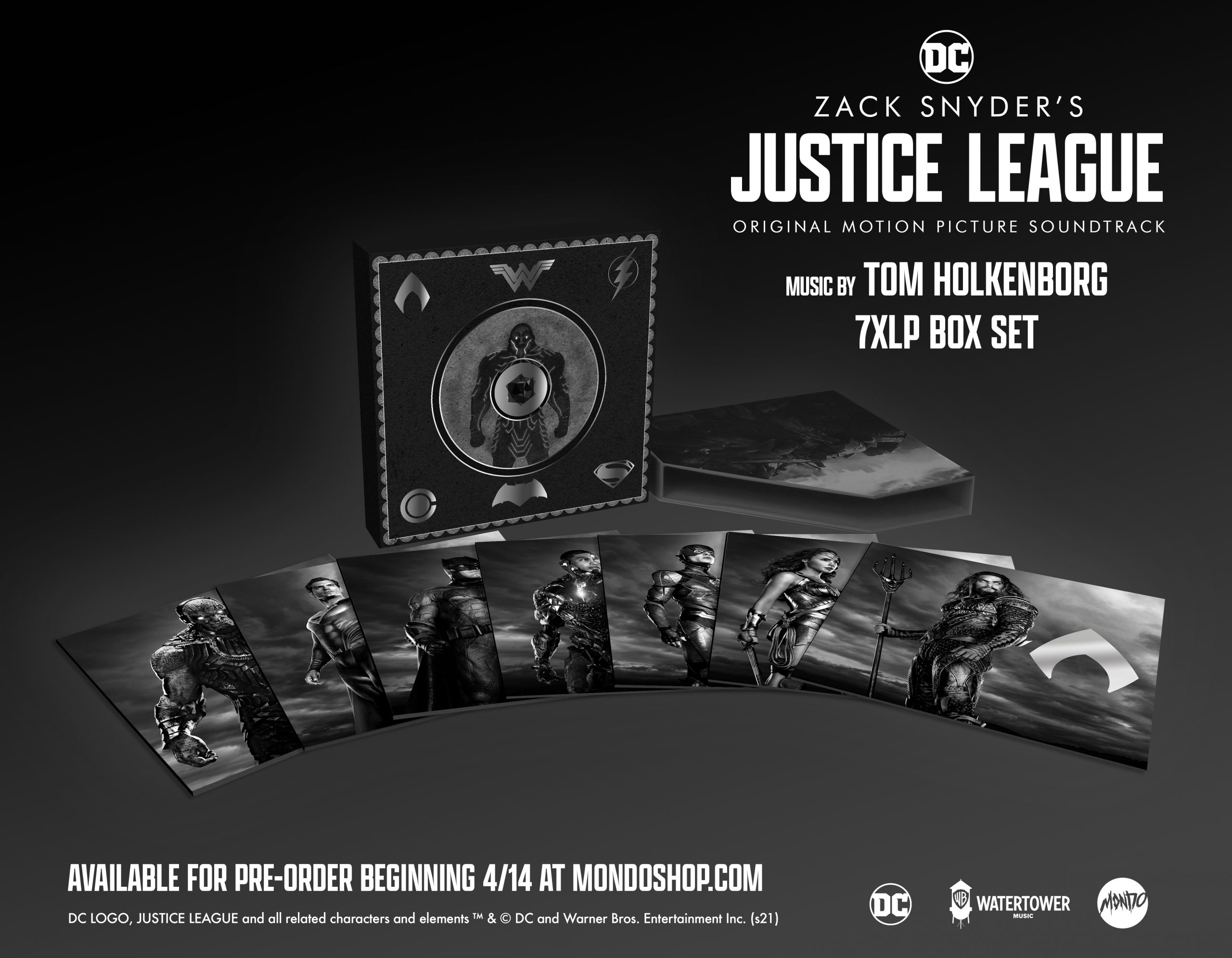 “The filmmaking story behind Zack Snyder’s return to his DC Comics juggernaut is well known at this point, but not enough time has been spent on the journey of the film’s once-shelved score.”

Mo Shafeek, Mondo’s Creative Director of Music says: “The incredible composer behind one of last decade’s biggest filmmaking triumphs [Mad Max: Fury Road], Tom Holkenborg joined the sadly far-too-large club of composers across filmmaking history to have their blockbuster scores replaced. But the redemption arc of Zack Snyder’s original vision for Justice League presented Holkenborg with the opportunity to build upon what he had started many years ago, with new skills and tools – this time with no other cook in the kitchen but his director and friend.”

“As pure as any film music expression has ever existed, [Tom] Holkenborg’s nearly-four hour opus is as bombastic and singular as the film it compliments, and we are honored to present the premiere physical release of this staggering work of expression.”