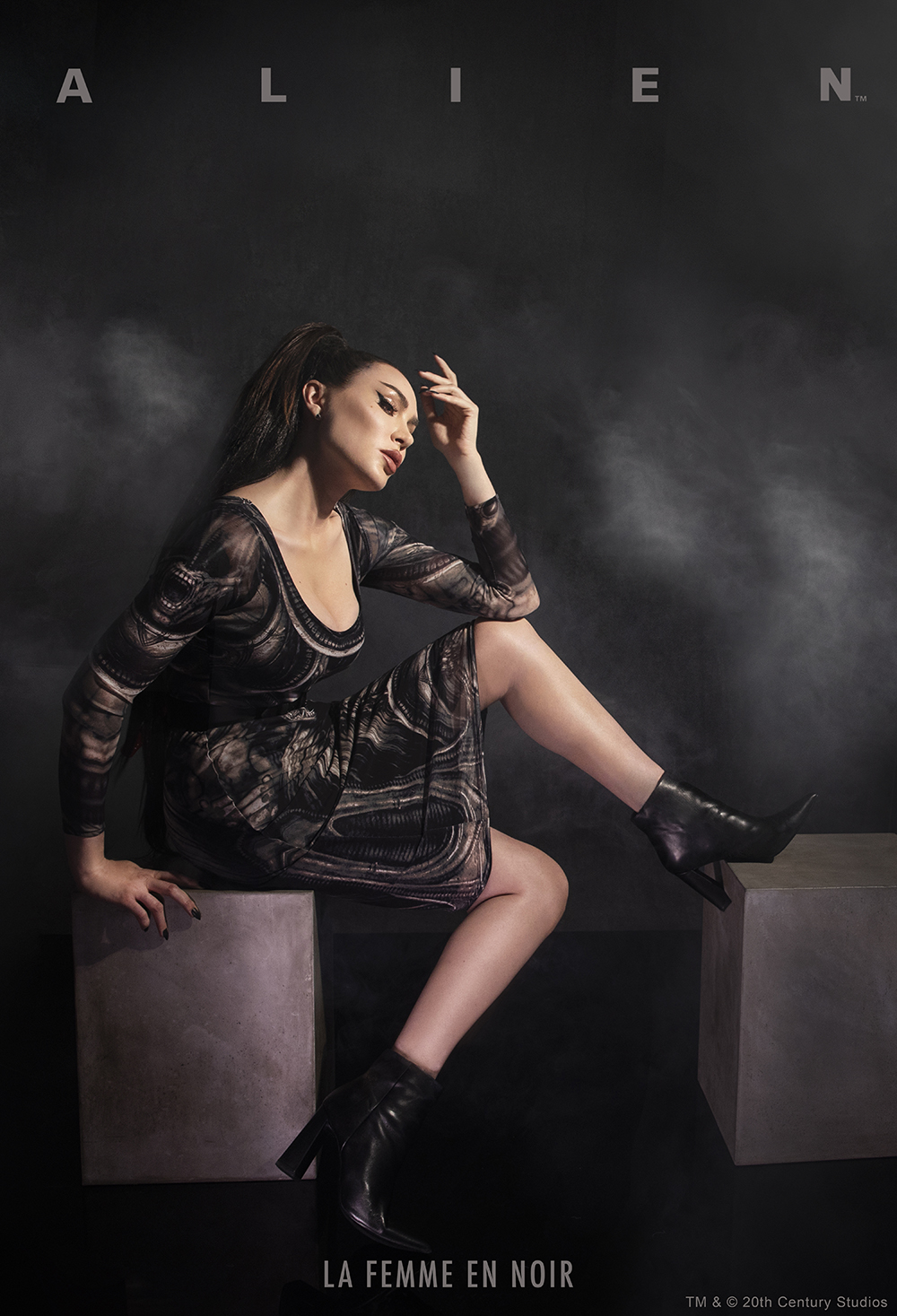 LA-based gothic-style clothing house La Femme en Noir, headed by designers and co-founders Lynh Haaga and Micheline Pitt, is thrilled to celebrate one of the most beloved franchises in movie history with a line-up of officially licensed Alien-inspired clothing and accessories for “Alien Day”. The yearly celebration of the Alien universe is held annually on 26th April, a nod to planet LV-426 from the original landmark film.

Launching today at lafemmeennoir.net, the avant-garde and fashion-forward “Alien Day” collection separates specifically geared towards female fandom while still being accessible to all genders and celebrating all identities and body types. 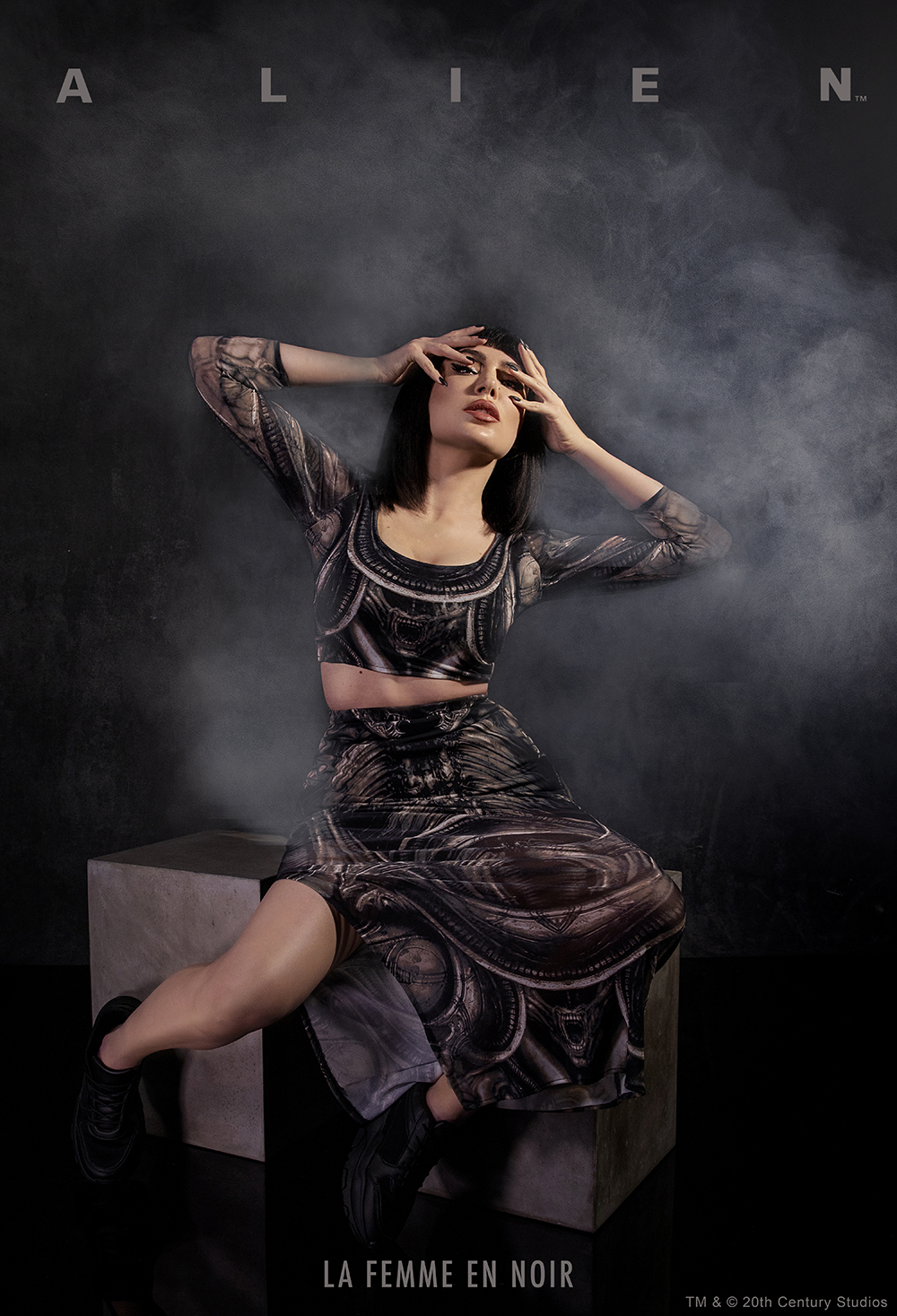 La Femme en Noir is a private female-owned POC slow fashion house that is entering the world of major studio licensing, and the first to launch a line of clothing and accessories geared towards women for a franchise built upon the character of Ripley, arguably the greatest feminine hero in sci-fi history. La Femme en Noir co-founder and designer Micheline Pitt says:

“Like many girls who grew up watching Alien, we idolized Ripley, she was this powerhouse female character who broke the mold of who and what woman could be in film. I was always so enamored by the set design and creatures in Alien. There is something truly sophisticated about the world of this film. The attention to detail is something that has become iconic in all of Ridley Scott’s filmmaking.” 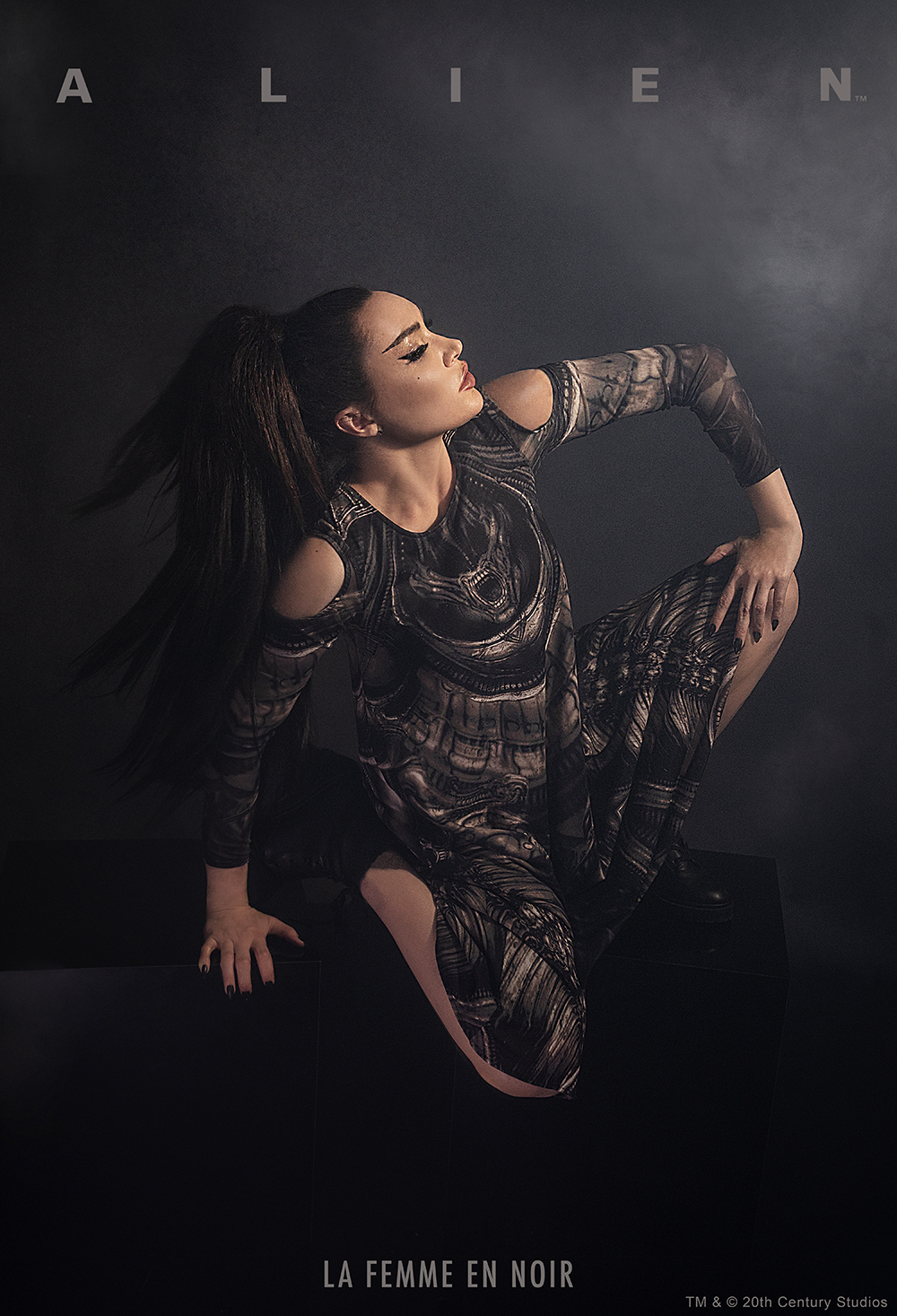 Micheline Pitt’s love of horror (inspired by the grandfather she watched scary movies with as a kid) led to collecting nostalgic toys and eventually a career as a professional makeup artist, animator, and now filmmaker. Micheline Pitt founded La Femme en Noir with her close friend, Lynh Haaga, whose own creative prowess, combined with a long love of cinema and genre films, has made her a force to be reckoned with! Lynh Haaga says:

“We wanted to bring a femme-centric collection to the Alien brand, especially considering that the franchise features such a cool and capable lead in Ripley. The character’s strength and fortitude throughout the series was an inspiration for us as young movie viewers and continues to be so as the designers of this collection.” 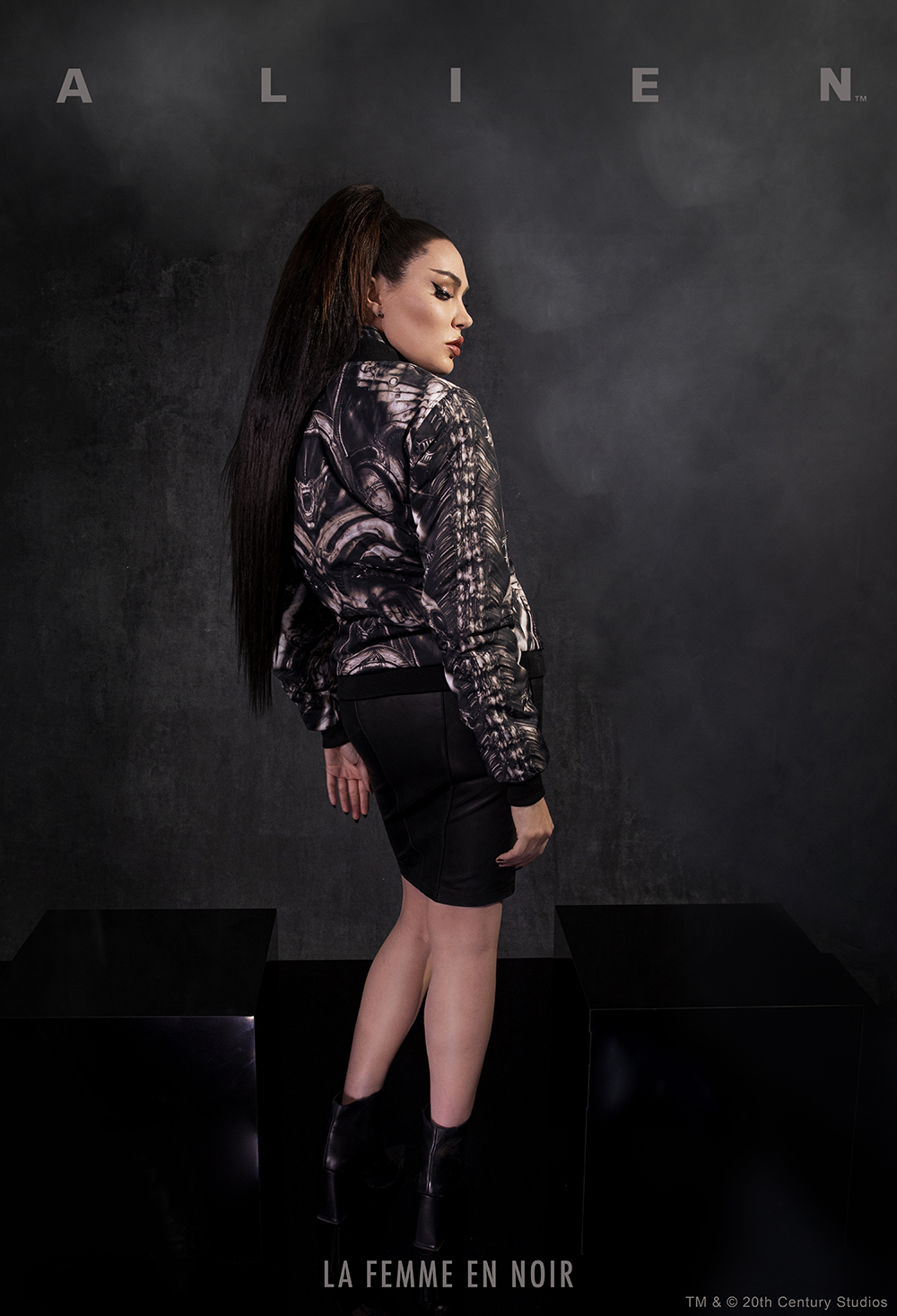