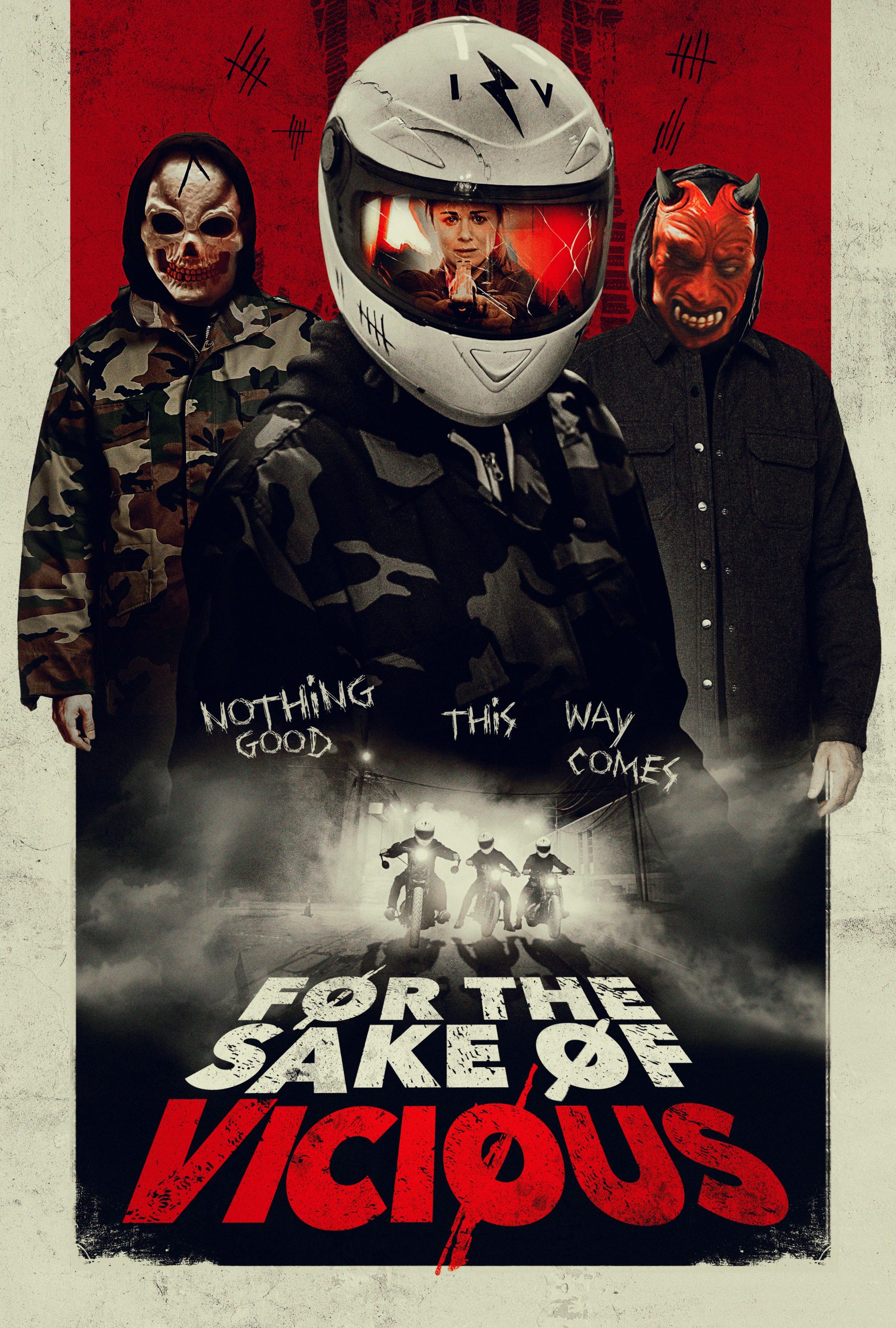 Dread’s kick-ass thriller For the Sake of Vicious follows an innocent nurse, a tortured maniac and a suspicious hostage as they face off against a wave of violent intruders who descend upon their place of refuge on Halloween night; available in select U.S. theaters now, on demand 20th April, and Blu-ray 4th May.

Romina, an overworked nurse and single mother, returns home from her late shift on Halloween night to find Chris, a forlorn maniac, hiding out with Alan, a bruised and beaten hostage within her home. Her home becomes the stage for Chris to enact brutal justice up Alan whom he blames for an alleged act of horrendous inexcusable violence against a close family member. Romina finds herself plunged into a personal hell as she struggles to side with either party. The worst is yet to come.

An unexpected wave of violent intruders descend upon the neighbourhood and lay siege to her home. The trio soon realize the only way out of the situation is to become as violent and vicious as everyone else.

“The goal was simple and it was right there in the title, we wanted to make something vicious… Part of it was from our own anger and resentment; another part of it was from watching the world tear itself apart. But alas, this is not a political piece… this is a small-scale, violent, and brutal action film.”