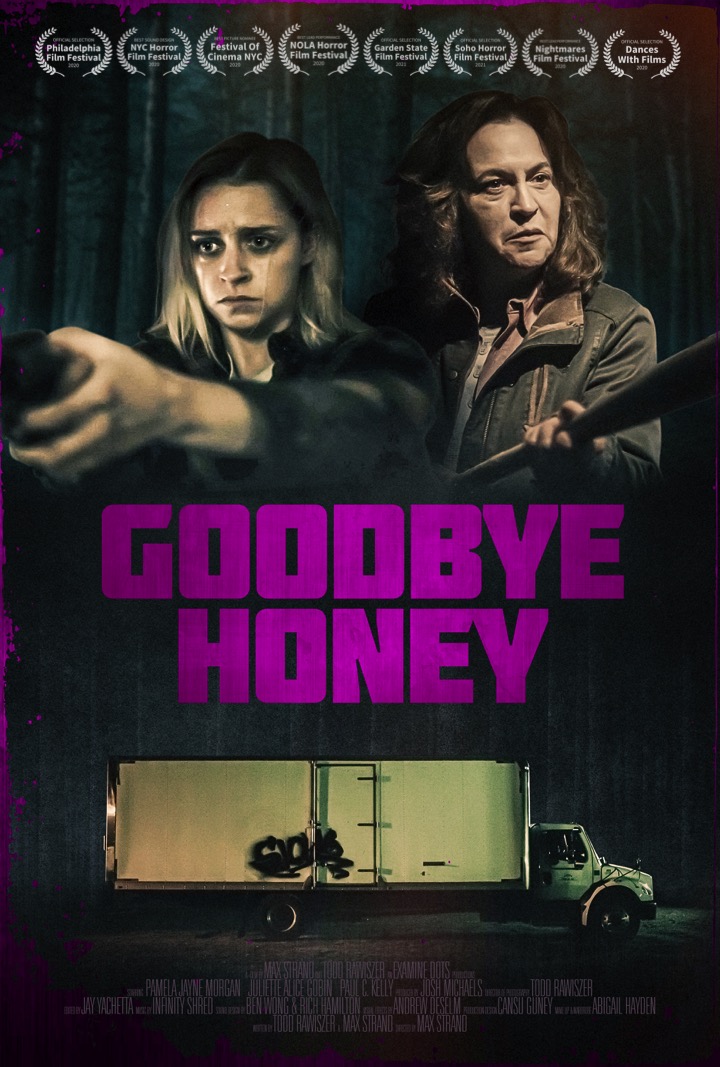 Freestyle Digital Media has announced the cable, satellite and Digital HD release of the tension-ridden thriller Goodbye Honey, from director/co-writer Max Strand and co-writer/producer Todd Rawiszer. Pamela Jayne Morgan (Just Say Goodbye) and Juliette Alice Gobin (Look At Me), headline the cast in a balancing act of mistrust, fear and reliance. Goodbye Honey will be available 11th May on a number of digital and cable platforms.

Dawn, a truck driver, pulls into a state park to get some sleep when she is ambushed by Phoebe, a young woman who claims she is fleeing from an abductor. Dawn is wary of Phoebe’s story, leading to a struggle that leaves her phone broken, the keys missing, and nothing but darkness between them and help. As the night progresses, it becomes clear they are not alone. Bonding over a shared history of trauma, Dawn and Phoebe realize they must learn to trust each other if they want to survive a night full of unexpected twists and violent turns.

Morgan and Gobin are joined onscreen by Peyton Michelle Edwards (Weekenders), Paul C. Kelly (Driftwood), and Rafe Soule (Menagerie) as the plot simmers to a boil and the layers of the mystery are peeled back. Goodbye Honey was produced by Strand, Rawiszer and Josh Michaels. Of the upcoming release, Strand shared:

“It was an incredible experience for Todd [Rawiszer] and I to work with such an unbelievably passionate and talented cast and crew on our first feature film Goodbye Honey. For this journey to culminate in a 96 minute intense thriller, with two strong female lead characters, is so amazing and I couldn’t be prouder.”

“I hope the audience connects with the characters not only for being the badass, strong women they are, but also for being good Samaritans.”