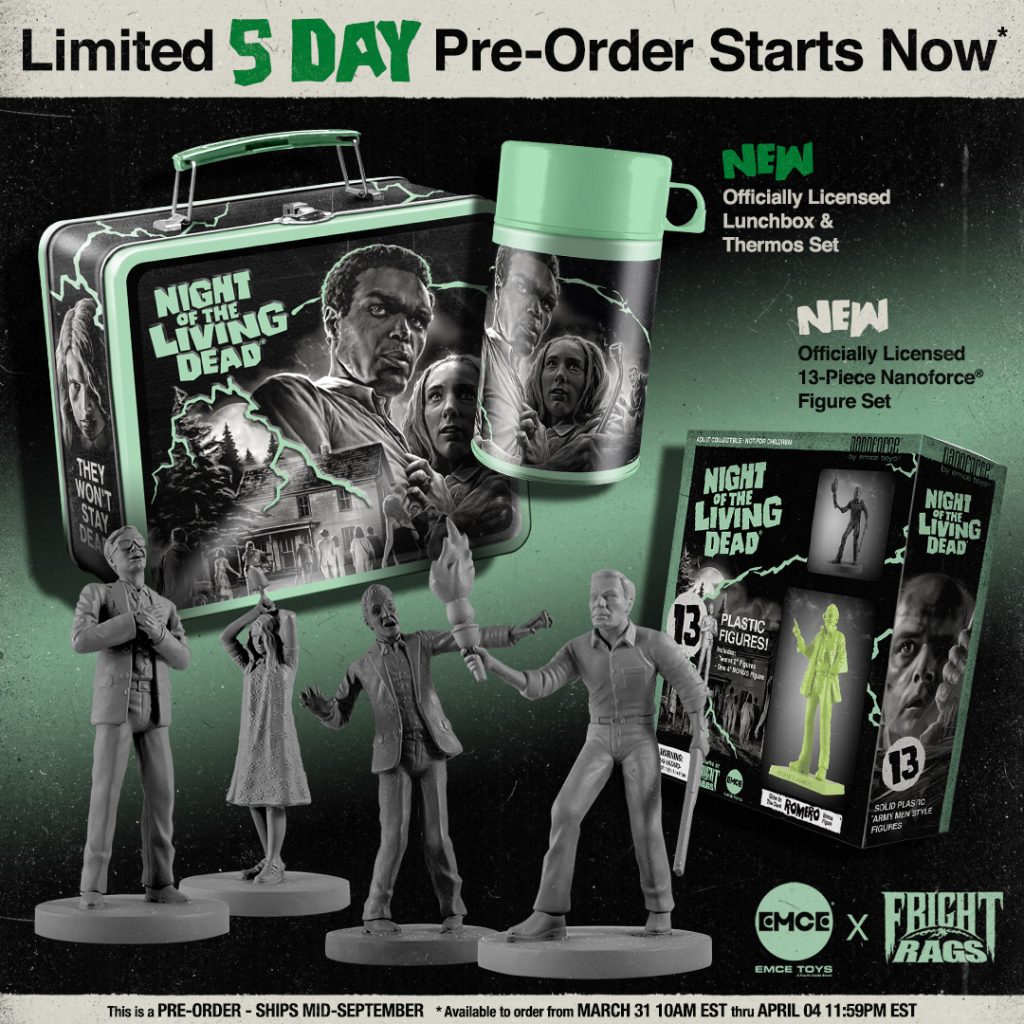 Fright-Rags has teamed with EMCE Toys to create limited edition Night of the Living Dead merchandise, which is up for pre-order for five days only. A vintage-style tin lunchbox features embossed artwork for George A. Romero’s seminal classic and a matching tin-wrapped thermos.

Fright-Rags’ Night of the Living Dead Nanoforce figure set includes 13 3D-sculpted figures: 12 2″ characters from the movie plus a 4″ glow-in-the-dark George Romero figure. They’re packaged together in a collectible box with a map of the film’s locations, which doubles as a checklist. 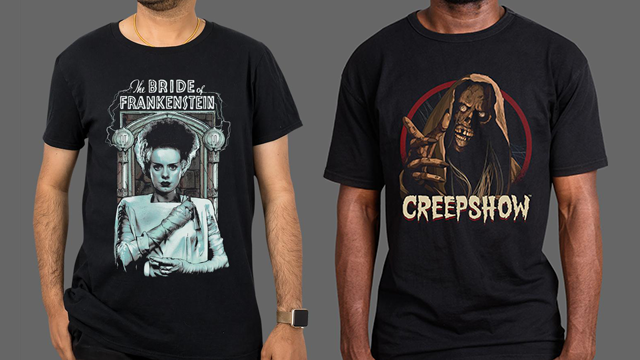 Fright-Rags has added officially licensed Bride of Frankenstein and The Invisible Man tees to their Universal Monsters collection, joining restocked Frankenstein, The Mummy, The Wolf Man, and Creature from the Black Lagoon designs. A vintage-style Universal Monsters t-shirt and lounge pants featuring all the monsters are also available.

Night of the Living Dead, Universal Monsters, and Creepshow collections are on sale now at fright-rags.com 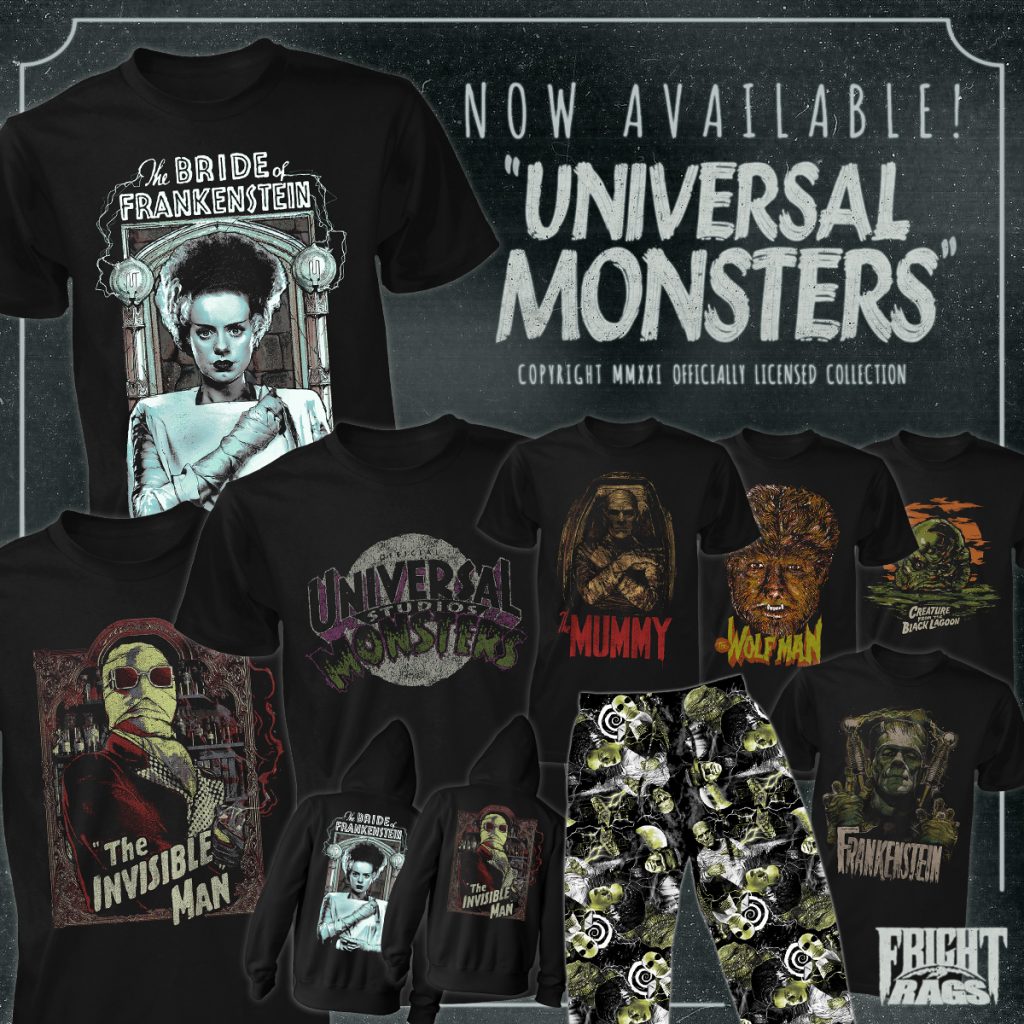 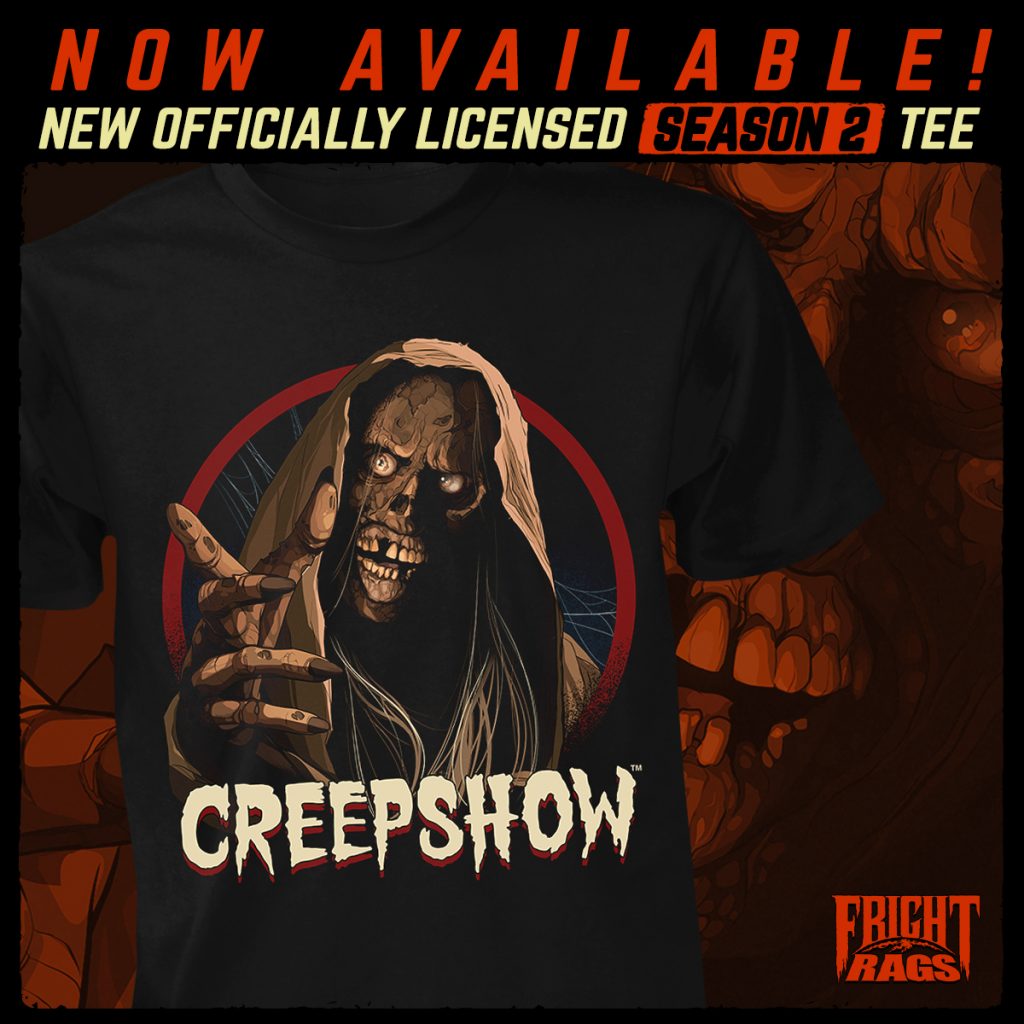