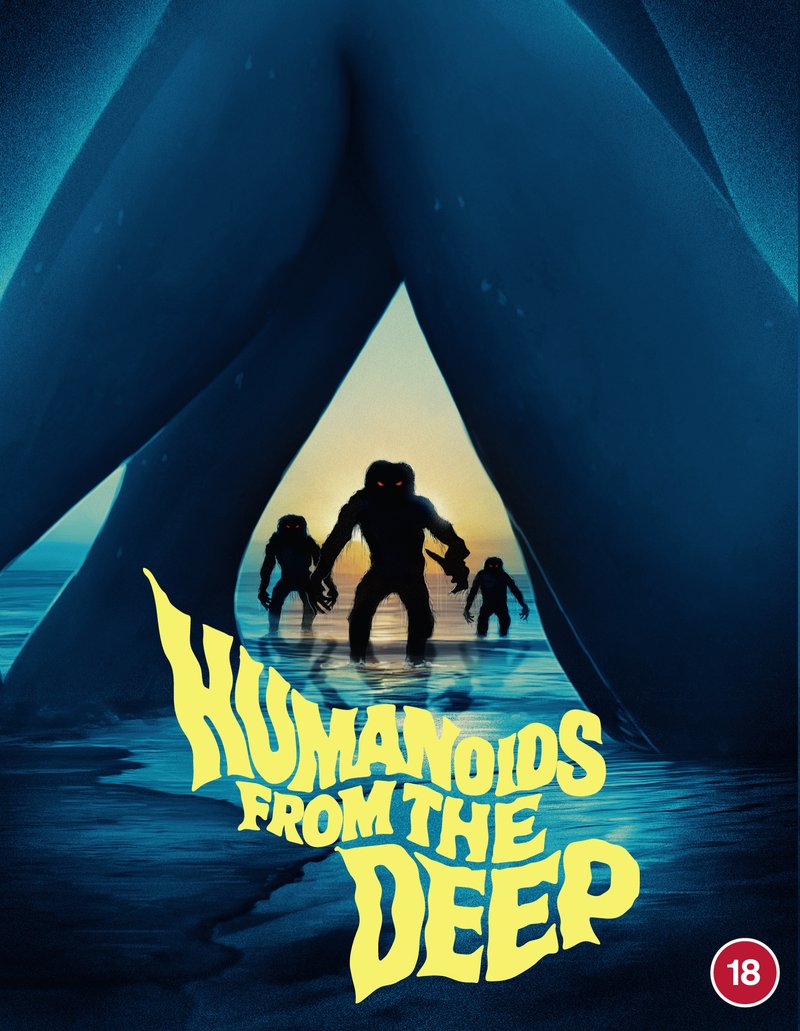 Noyo’s a sleepy little place, where nothing much happens. So why are people being attacked and killed by things that come out of the water? The answer involves pollution and mutated sea life that’s developed a taste for death. As the ‘orrible humanoids lay siege to Noyo, it’s up to the great Doug McClure (The Land That Time Forgot, Warlords of Atlantis), to put a stop to their murderous rampages.

Notorious for all the sex ‘n’ violence that producer Roger Corman insisted on adding against the director’s wishes, Humanoids from the Deep (review) is a monster movie for the video nasty age. A cheesy, sleazy classic, lovingly presented by your pals at 88 Films.

For more information on Humanoids from the Deep and 88 Films, please visit 88-films.myshopify.com