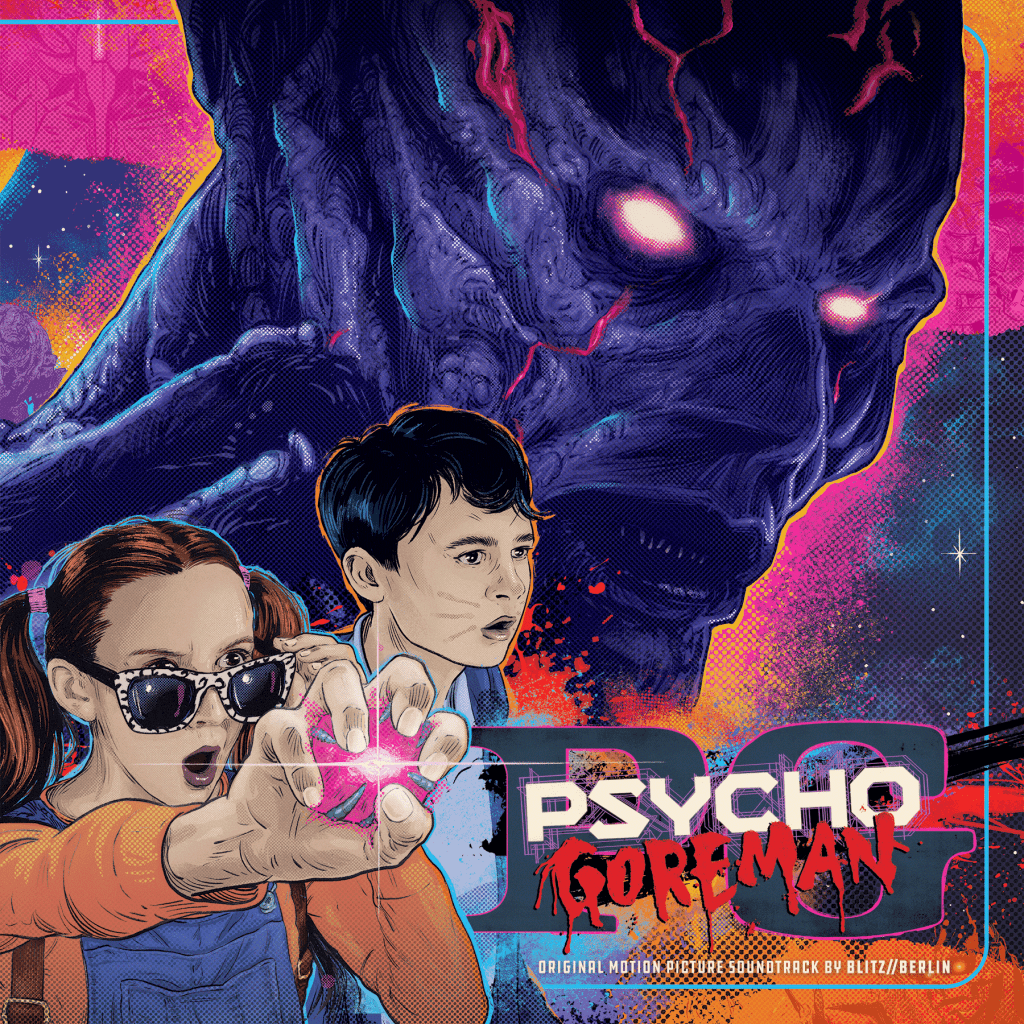 Waxwork Records is thrilled to present PG: Psycho Goreman Original Motion Picture Soundtrack by Blitz//Berlin. PG: Psycho Goreman is a 2021 Canadian science fiction horror comedy film written and directed by Steven Kostanski. It tells the story of a young sister and brother who unwittingly resurrect an ancient extraterrestrial overlord. The movie taps into late 80’s and early 90’s nostalgia by combining kid-friendly adventures and over the top practical effects. PG: Psycho Goreman cleverly blends the horror and fantasy genres with a healthy dose of neon-soaked visuals.

Siblings Mimi (Nita-Josee Hanna) and Luke (Owen Myer) couldn’t be any closer. They spend nearly every waking moment together, getting muddy and playing their made-up game “Crazy Ball”. It probably helps that Mimi is bossy and domineering. The fearless tomboy steamrolls just about every family member with her assertive personality, especially dad, Greg (Astron-6 member Adam Brooks). During a particularly grueling game of Crazy Ball in the backyard, the siblings uncover a strange gem that awakens an evil intergalactic conqueror. The being, which the siblings’ dub PG: Psycho Goreman, is eager to assemble his former team of evildoers and continue their path of destruction, while the benevolent rulers that locked him away in the first place race to stop him once and for all.