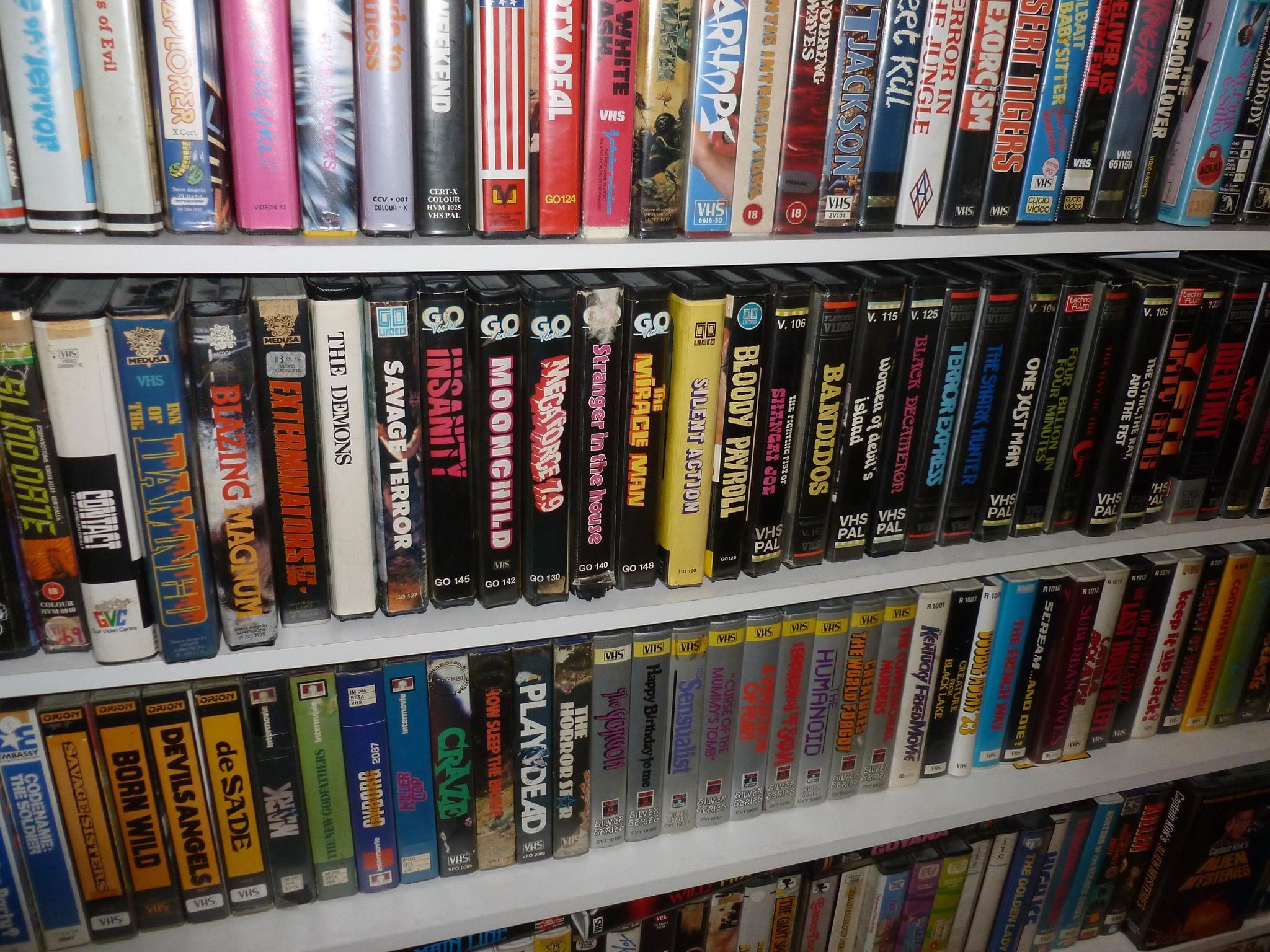 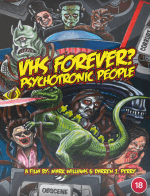 The film itself consists of interviews with video shop owners, collectors, producers, film historians, publishers and in a brilliant move, the actress Caroline Munro, who gives a very practical as well as personal perspective on her role in psychotronic films. Another masterstroke was interviewing Lloyd Kaufman of Troma. Lloyd Kaufman is knowledgeable, humorous but also a fiery commentator on the corrosive effect of government interference and censorship in the arts. 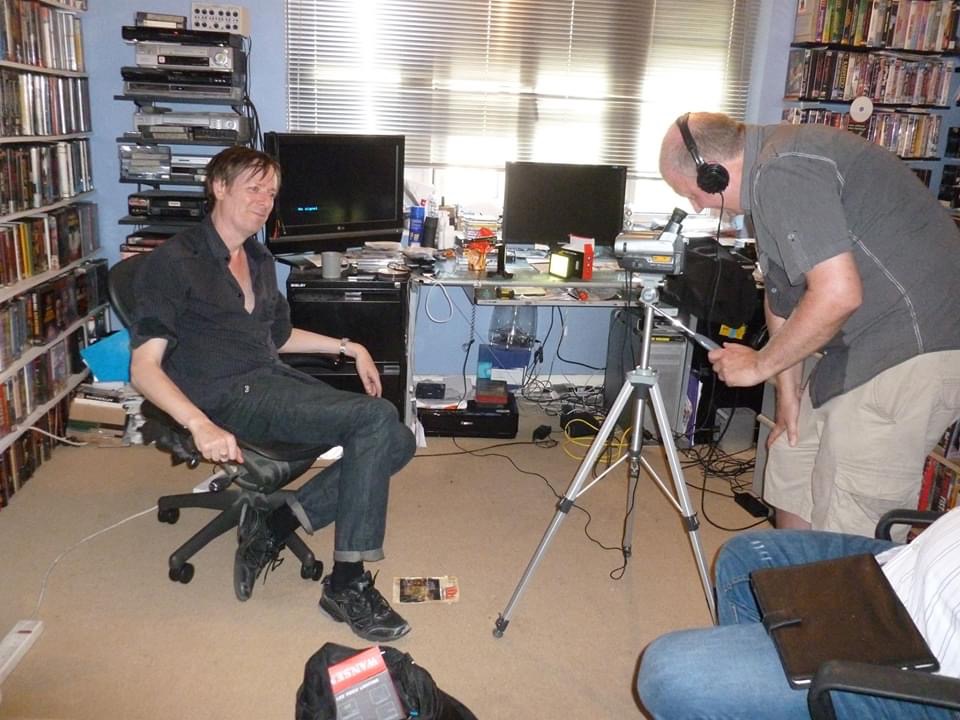 One of the most egregious episodes in the history of VHS shop owners and collectors was when the British legal system cracked down in a quasi-fascist manner on the tapes. Hundreds of titles were confiscated and both owners and individuals faced massive fines and imprisonment for selling or owning certain films. Lloyd Kaufman made a fine analogy to the dark period in America’s history when the anti-communist blacklist ruined lives, careers and artistic expression. The point Mr. Kaufman and the other interviewees make is that only a truly free society can self-censor, not the government.

Directors Mark Williams and Darren J. Perry give each individual as much time as they need to recollect and speak their piece. Some viewers may get a trifle bored at certain points, but each interviewee has excellent points and deserve to be heard. There are many references to locations about London where the old video stores used to stand, and the mention of the movie fairs formerly held at The Electric Ballroom and the Garston Leisure Center will bring smiles to the faces of those fortunate to remember them. 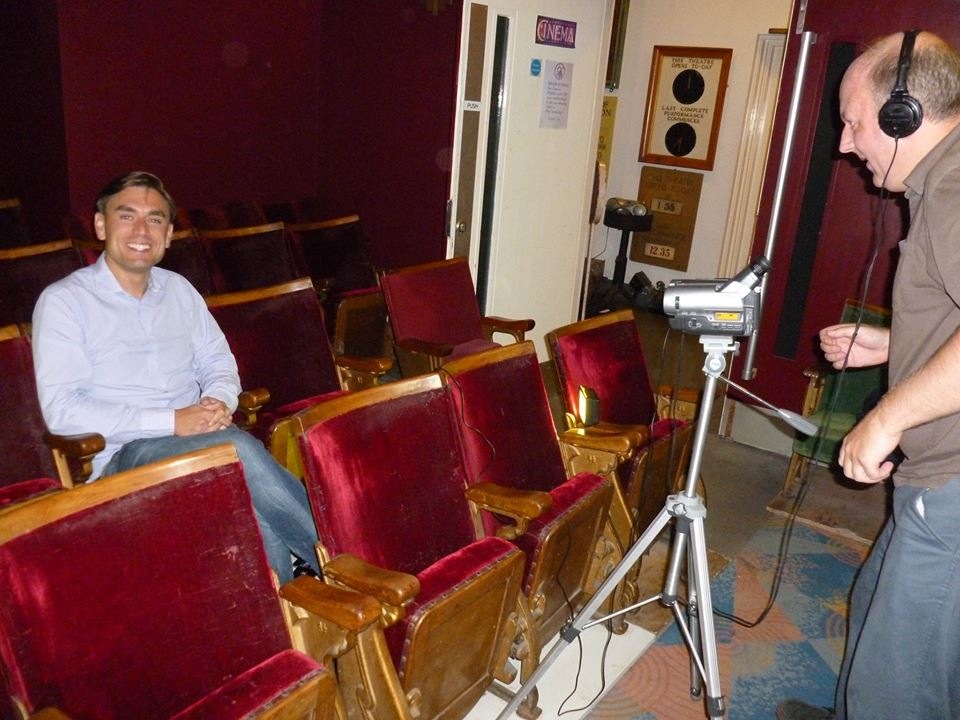 VIPCO (Video Instant Picture Company) was one of the key distributors of the VHS era. Established by Mike Lee when the wave first hit, the company released many films that were part and parcel of the video nasty hysteria such as Zombie Flesh Eaters, The Bogey Man, The Driller Killer and the notorious I Spit on Your Grave. The latter, believe it or not, is still not available in an uncut copy to this day in Great Britain. Considering what comparable atrocities are now available in their original prints, this fact soundly proves the point of the documentary.

The films of Germany’s shock director Jorg Buttgereit are examined as well. His film Nekromantik (1987) was banned in Britain until 2014 when the British Board of Film Classification (the subject of much vitriol in the documentary) finally passed an uncut version of the film with an 18 Certificate. Brief clips are shown from another Buttgereit film: DerTodesking.

For many horror and exploitation fans the subtleties and nostalgia VHS Forever? Psychotronic People brings will be too uninspiring to enjoy. However, the highlight of the film is the final interview with Lloyd Kaufman as he attacks the hypocrisy of the major corporations and studios still relentlessly grinding down the independent film producers. His words are as relevant now as they were four decades ago.

VHS Forever? Psychotronic People is available on Blu-ray and DVD from vipcoltd.com