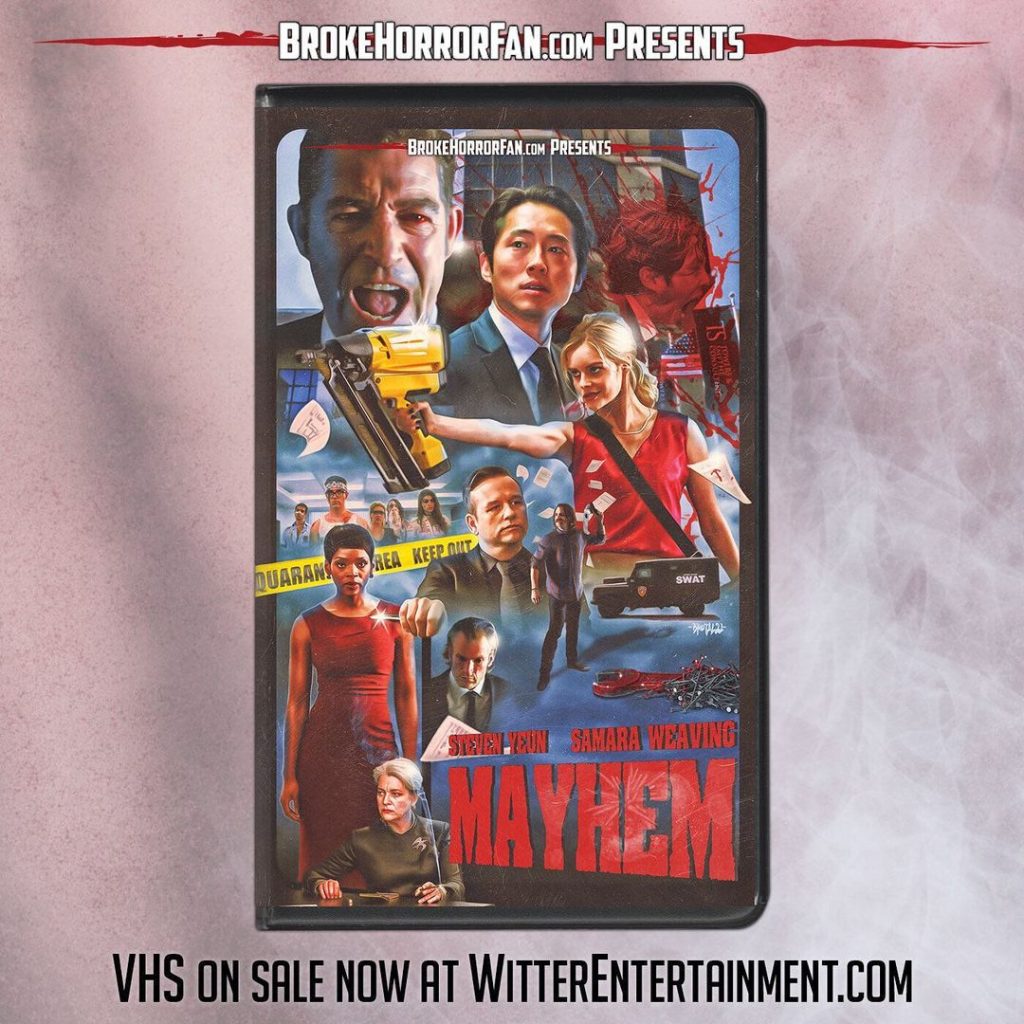 Shudder Original horror movie, Host (2020), was shot remotely during quarantine and features scares, stunts, and surprises, all filmed by the actors in their own homes. The project was commissioned, written, produced, and released in under three months. Host arrives on VHS in a black clamshell case and each tape includes a letter from director/co-writer Rob Savage and exclusive cast introductions.

Stacy Keach (American History X, Escape from L.A.) narrates the 2020 dark comedy Survival Skills; positioned as a lost police training video from the 1980s. Survival Skills arrives on VHS in a black clamshell case with artwork by Jeff Brush. Each tape includes a letter from writer-director Quinn Armstrong and an exclusive introduction. 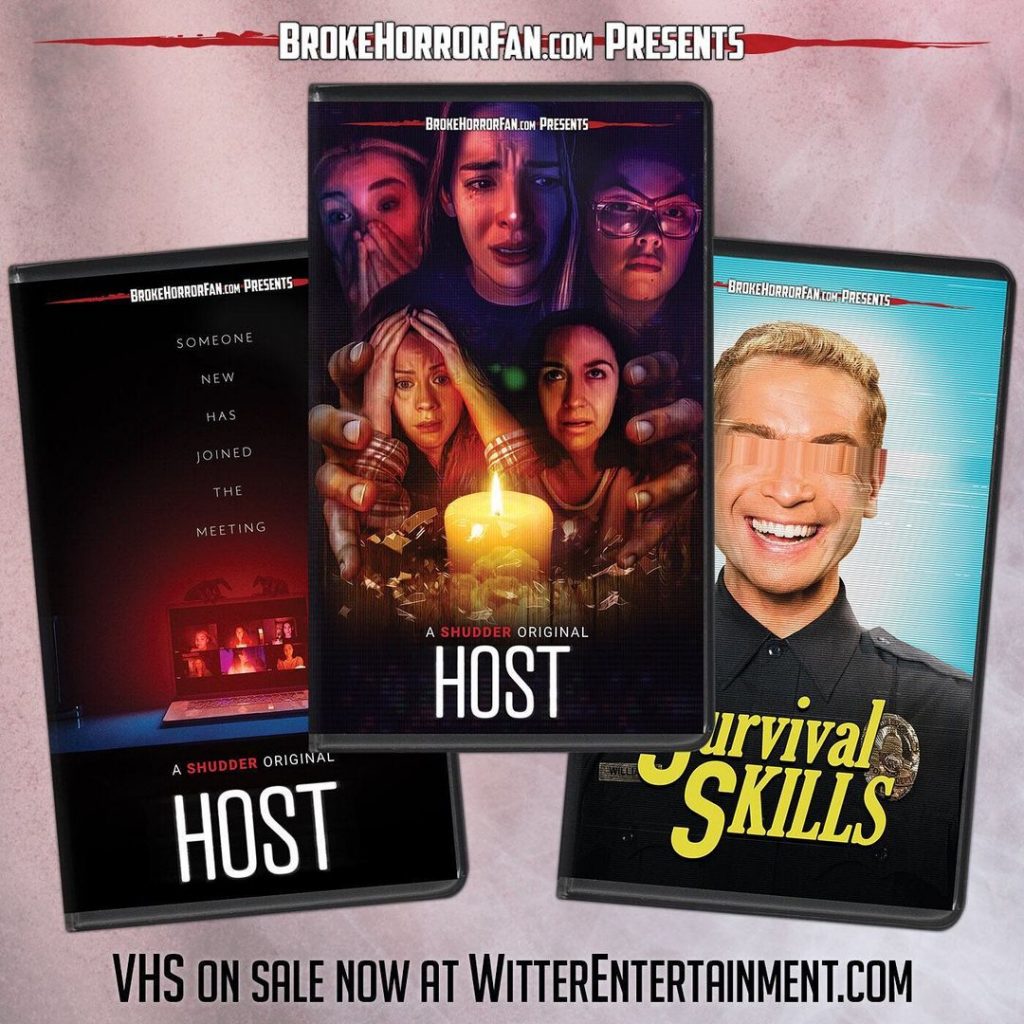