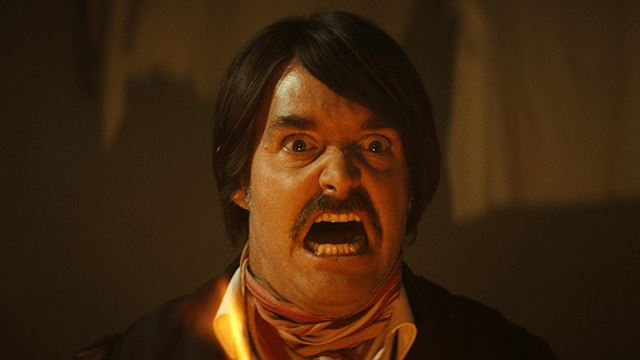 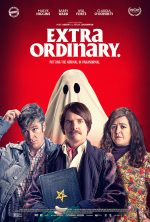 Funny, heartfelt, and unconventional are three words that sum up the Irish horror comedy Extra Ordinary. Rose Dooley (Maeve Higgins) reluctantly has to use her talent in talking to ghosts (and sending them to the afterlife) after Christian Winter (Will Forte), a one-hit-wonder rock star, makes a deal with the devil to be on the top of the charts once again.

Despite its dark subject matter, there isn’t anything really scary about this film, and if it wasn’t for the language and sexual content, it could be rated 12.

The humour throughout most of the film is more silly than laugh-out-loud. Each character has their own quirky trait, like Rose and her awkwardness; using a mop to hide behind as she spies on Martin Martin (Barry Ward) who she fancies. Or Christian using an ancient staff shaped like a penis to find a virgin by dropping it, following where it falls, picking it up, all to just to drop it again and follow. 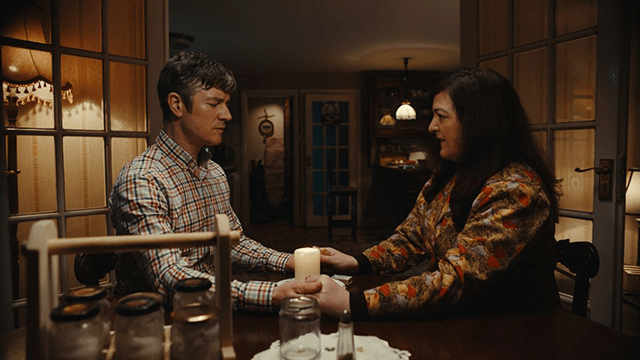 There are ridiculous parts in Extra Ordinary too – like how slow Christian’s evil magic operates – but it doesn’t diminish from the film like in some horror comedies, whose villains never seem serious. Martin is possessed on several occasions; each time amusing to watch and a testament to Barry Ward’s acting skills, with mannerisms that are different each time. The dialogue whilst he is possessed is bonkers and had me laughing.

The mockumentary style scenes with Rose’s dad, Vincent Dooley (Risteard Cooper), explaining ghosts and how they operate is an example of how unique the film really is. For example, when he talks about ghosts not having the power to influence our world, we see a cable from a toaster waving at Rose; displaying that ghosts are everywhere, but also referencing The Sixth Sense in a cheap indie way. 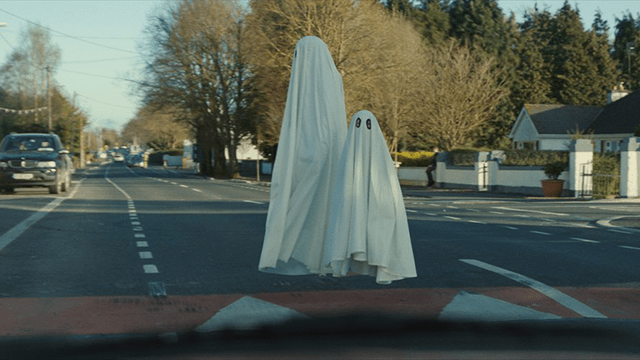 This film is set in Ireland, with green bin obsessed ghosts and (extra) ordinary working-class people like Rose herself being a driving instructor / paranormal expert.

The ordinariness and comedic character motivations – Rose and Martin in particular – are every bit as well written and performed as those of The Full Monty. For example, the guilt Rose feels at accidentally killing her dad, or Martin’s wife’s ghost controlling his life is strangely reminiscent of The Full Monty’s humour.

Overall, this is a feel-good comedy that, whilst not laugh-out-loud funny is witty, strange, and features (extra) ordinary people. A welcome change from the gorier, bigger budget horror comedies.