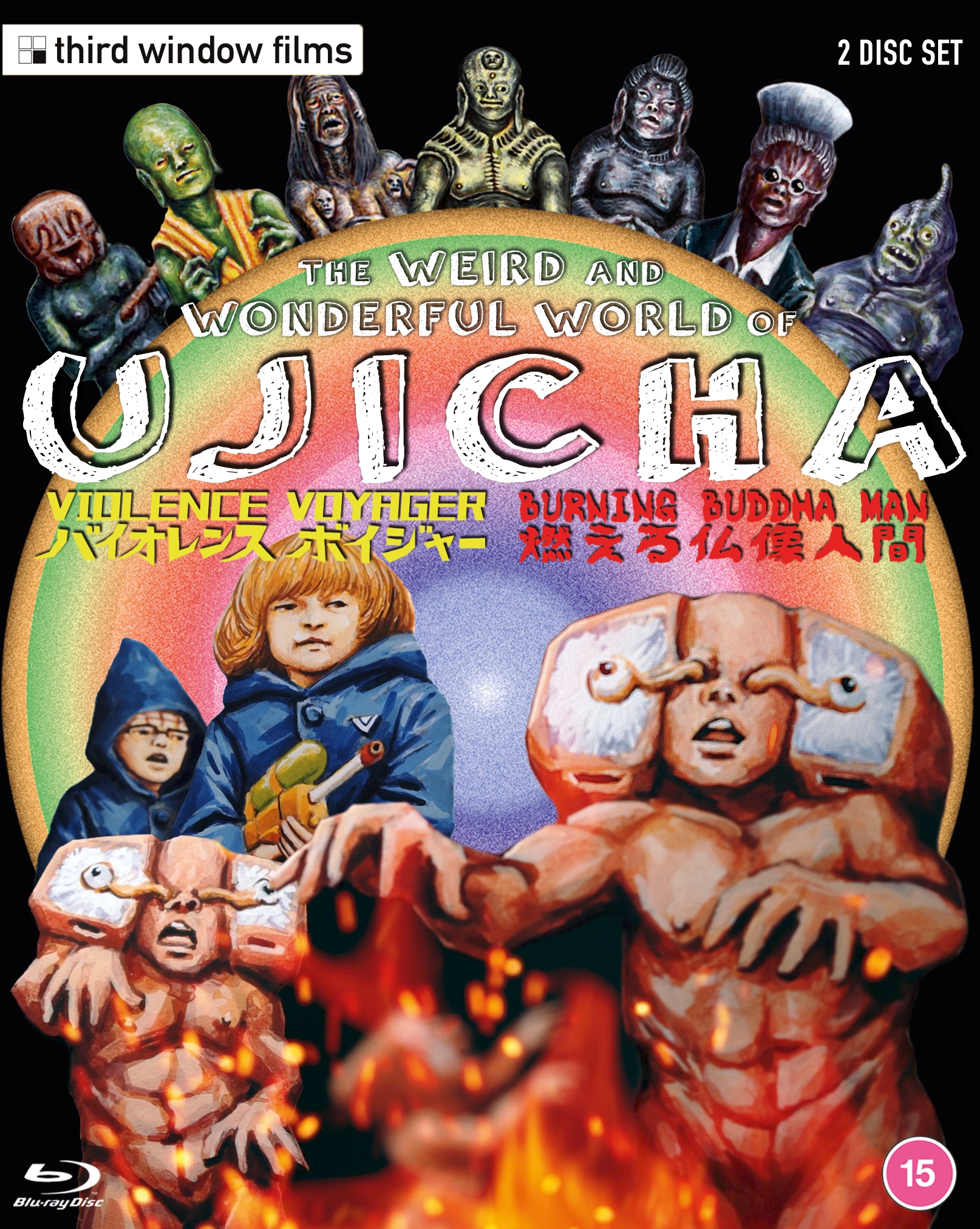 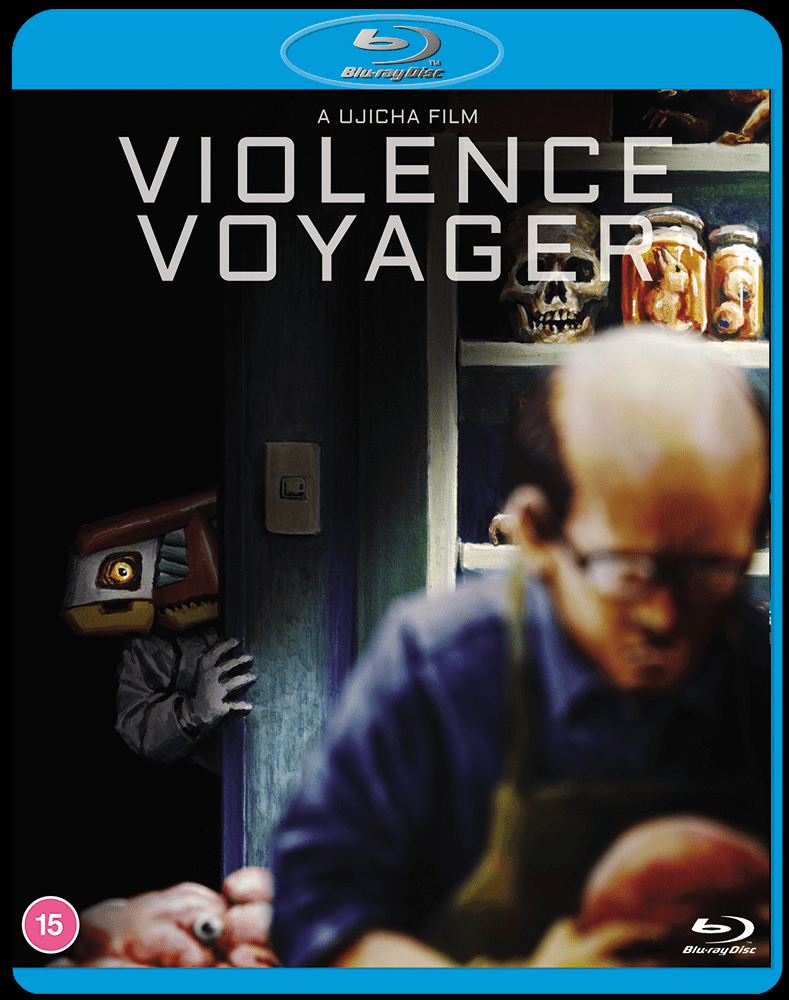 Bobby and his friend Akkun set out for the mountains to build a secret hideout. On their way, they stumble upon a mysterious amusement park called Violence Voyager. It doesn’t take long for things to get weird as the boys discover a group of scared children who can’t seem to escape and soon find themselves under attack by robot-like humanoids. 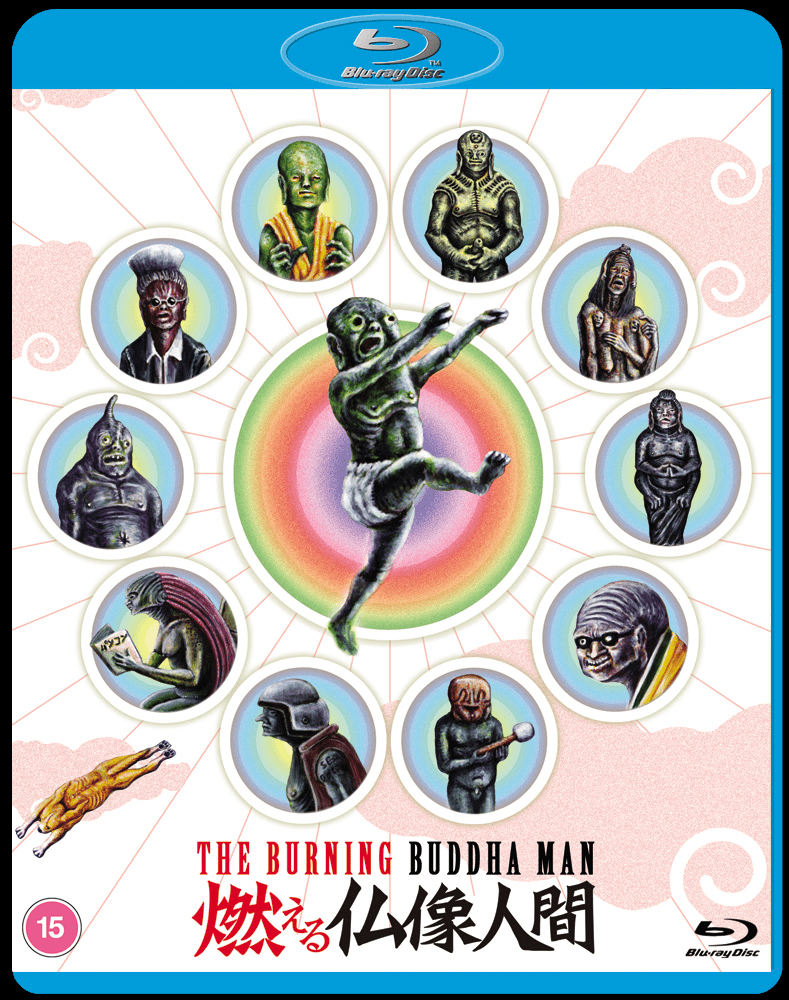 There is a series of Buddha statue thefts in Kyoto. Beniko, a high school girl, gets the Buddha statue at her family’s temple stolen and has her parents killed at the same time. She needs to know what caused the death of a parents and dreams of revenge. She goes on a fantastical journey to ultimately face the demon. 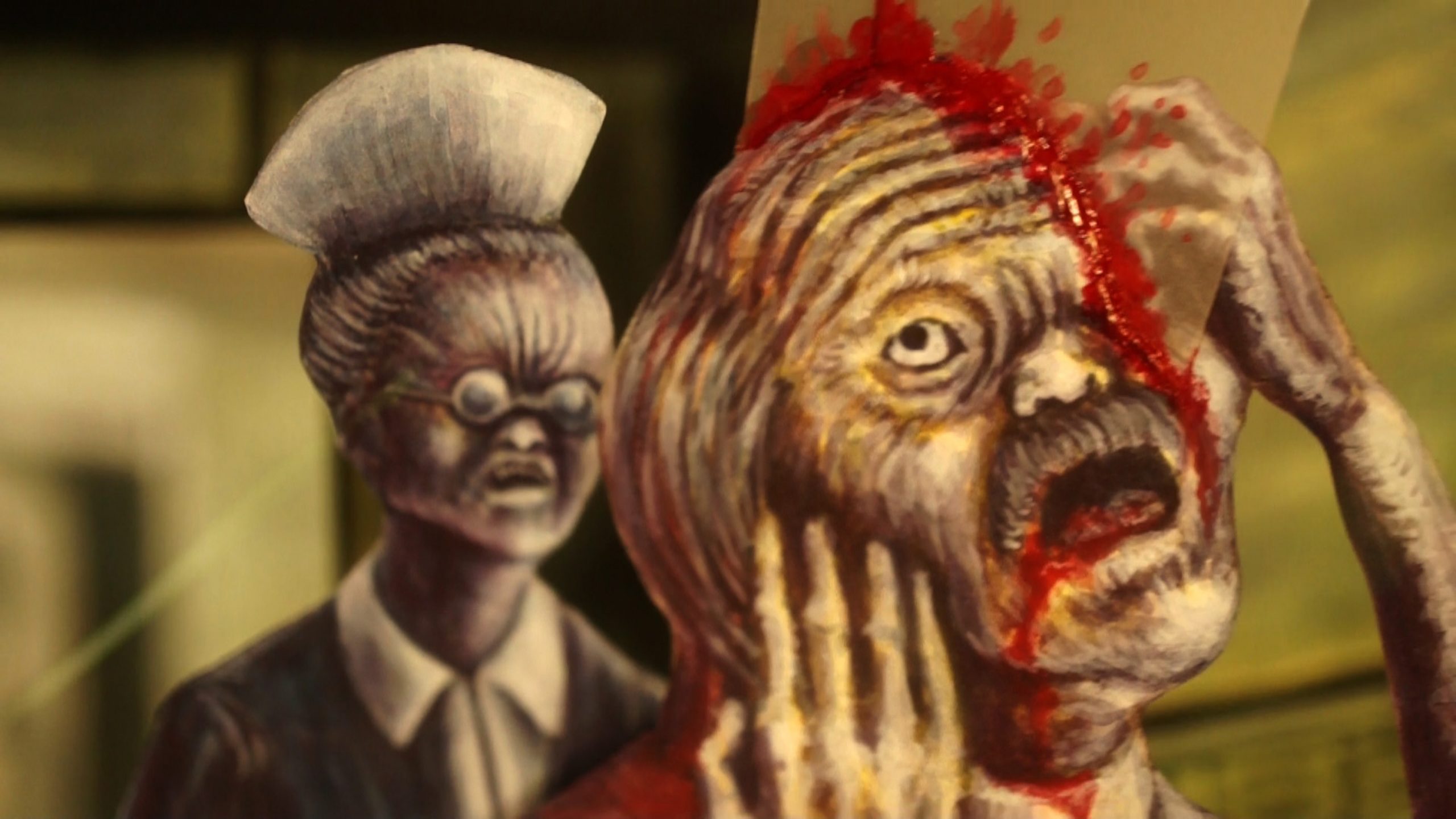 The Burning Buddha Man includes the short films: The Retnepac2 and Space Yokai War; and the original trailer. The Weird and Wonderful World of UJICHA also comes with reversible sleeve artwork and a slipcase. Also to be released on various video on demand platforms.