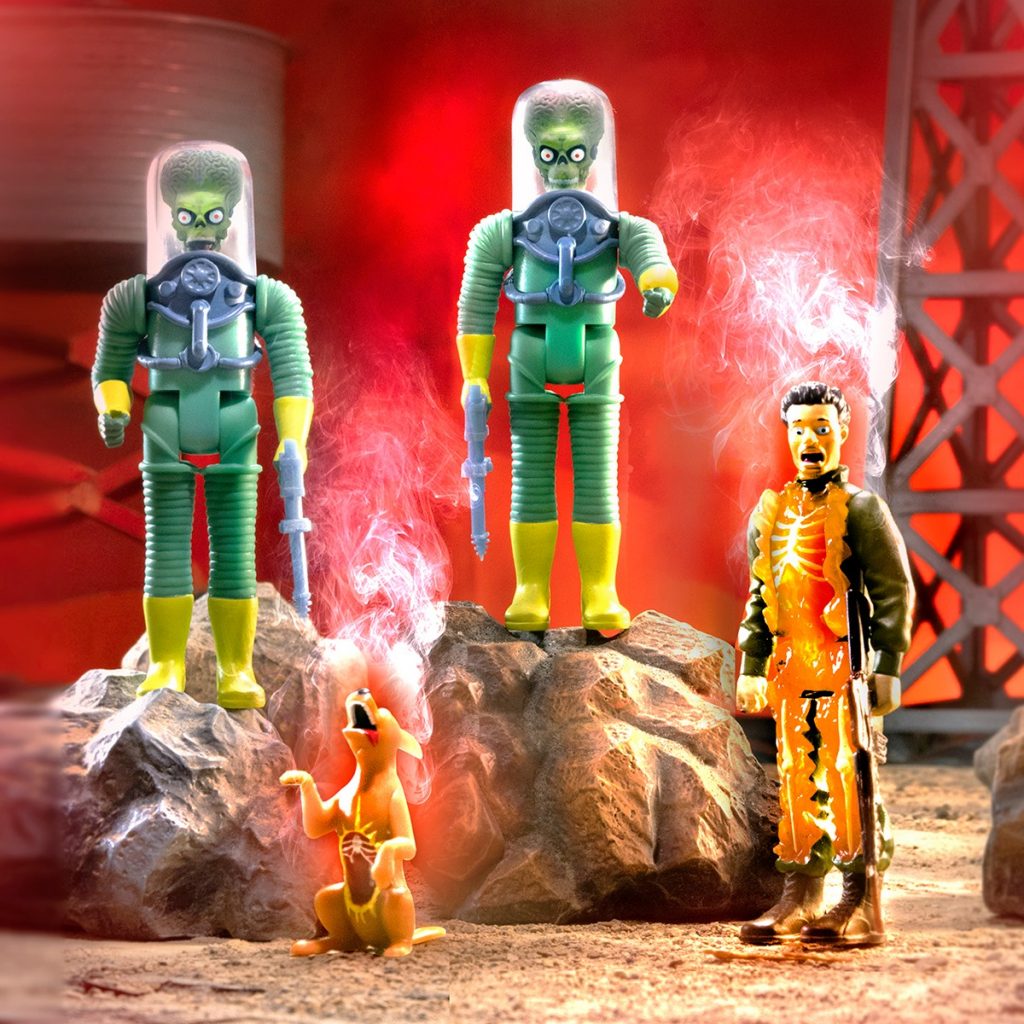 Based on the controversial 1962 trading card series, the Super7 Mars Attacks ReAction Figures hearken back to the story considered so shocking it got the cards pulled from the shelves; on sale now at super7.com

#1 THE INVASION BEGINS: With technology nearly beyond comprehension, the Martians in the Mars Attacks trading card series descended on humanity with brutal results. The 3.75” articulated Mars Aliens figure comes complete with a deadly ray gun, and is that a smile on his face? Based on card #1 “The Invasion Begins” this Mars Attacks ReAction Figure is a must-have addition to your collection!

#19 BURNING FLESH: The Martians in the Mars Attacks trading card series do not, in-fact, come in peace, as humanity quickly found out the hard way. The 3.75” articulated figure comes with a melted assault rifle and detail that leaves little doubt as to the fate of this unfortunate soldier. Based on card #19 in the series, the Mars Attacks “Burning Flesh” ReAction Figure is a must-have in your collection!

#36 DESTROYING A DOG: In the Mars Attacks trading card series, humanity and the animals of planet earth were nearly helpless against the Martian onslaught, but that didn’t stop man’s best friend from trying to defend its family. This 3.75” articulated Mars Alien figure bears a menacing expression with his arm angled and ready to aim that deadly ray gun, and also includes a dog that ended up paying the ultimate price for its heroism. Based on card #36 titled “Destroying A Dog” this Mars Attacks ReAction Figure is a must-have in your collection! No actual dogs were harmed in the making of this figure. 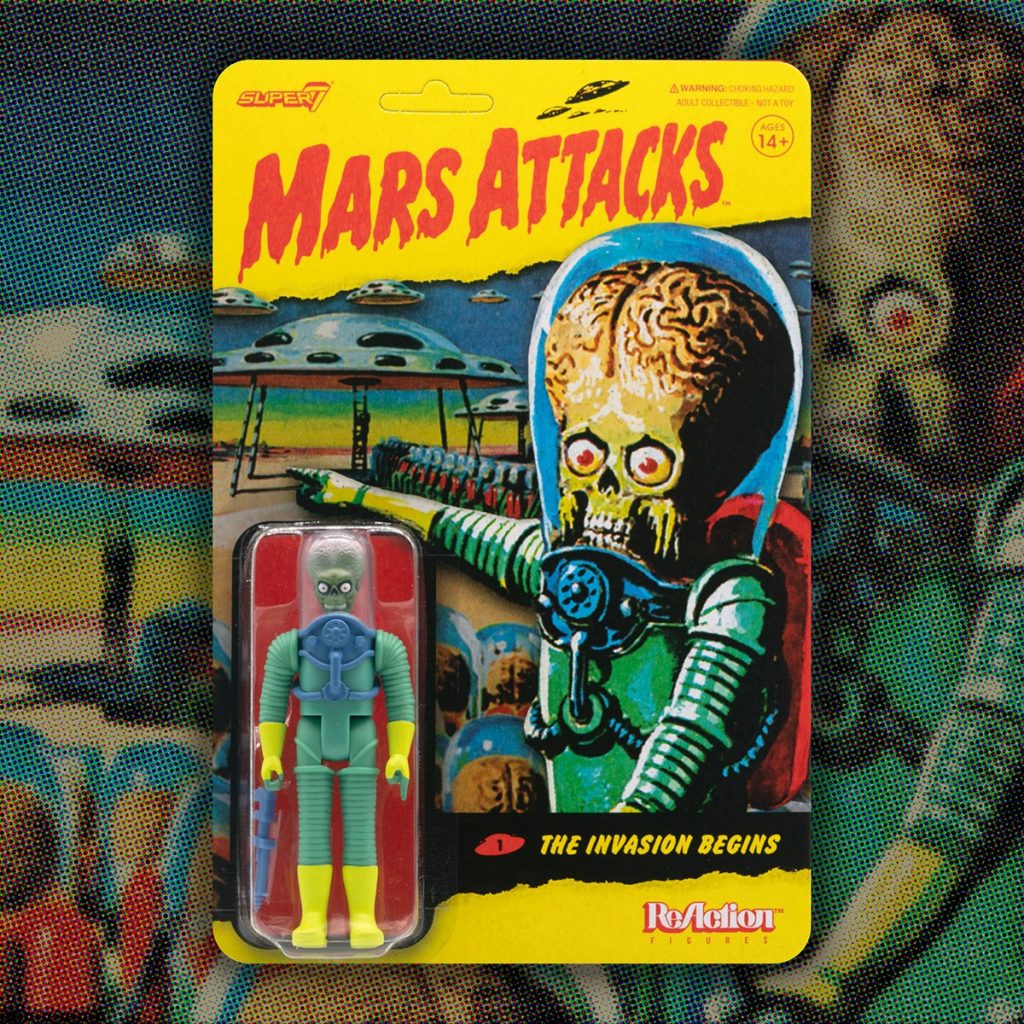 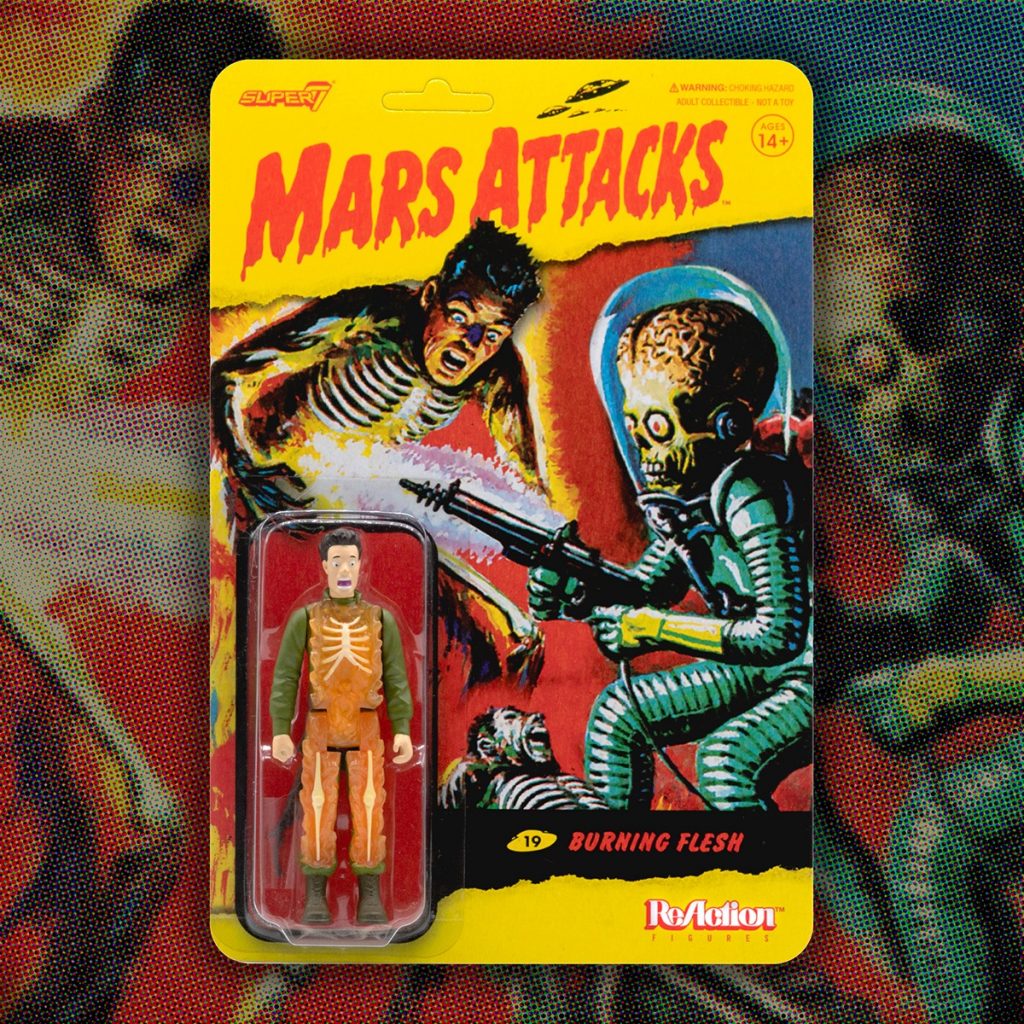 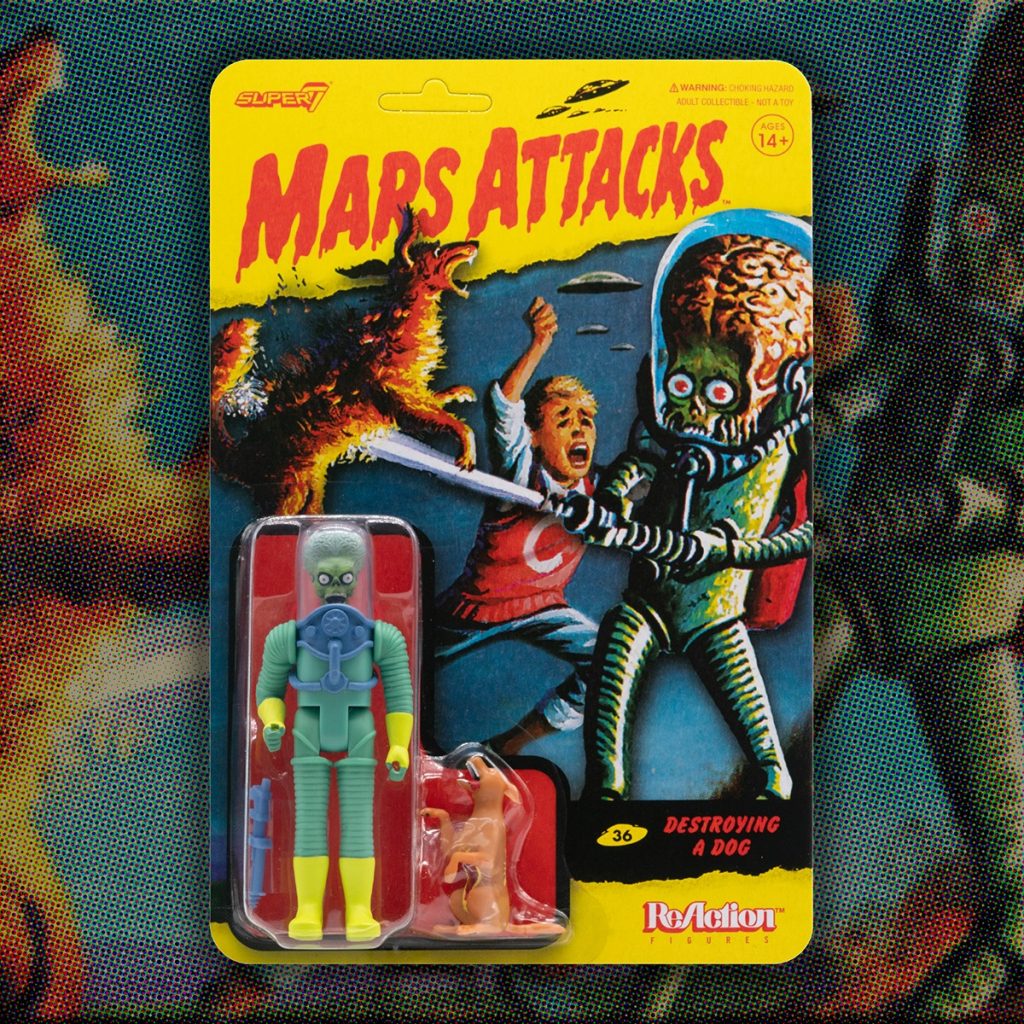 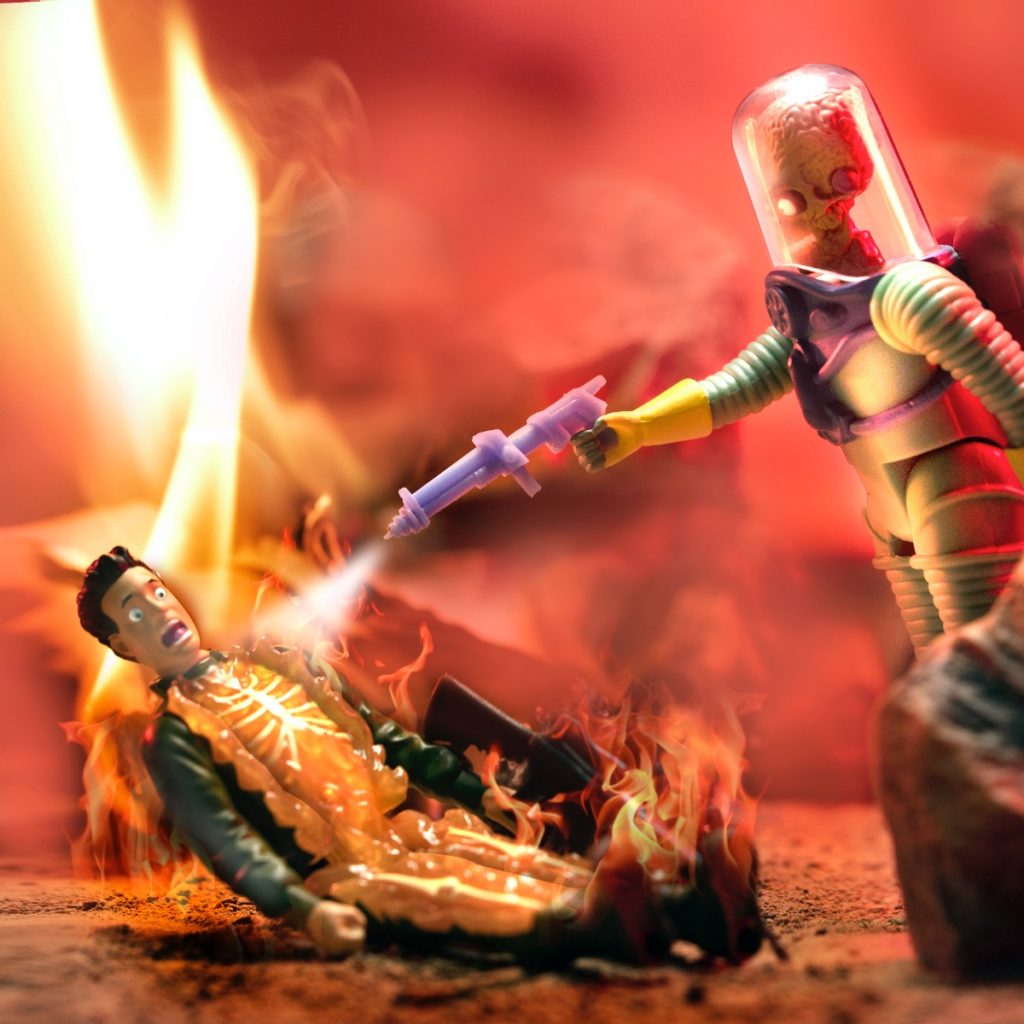