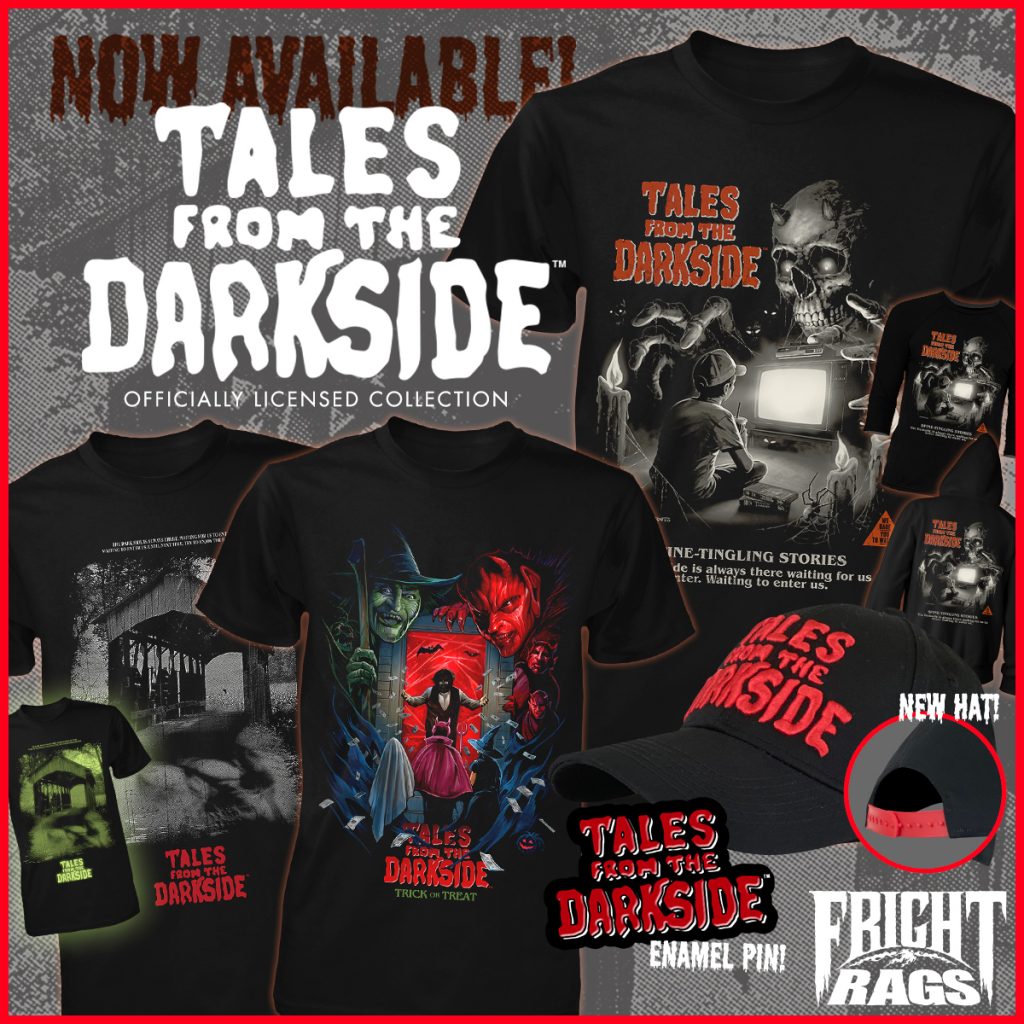 Fright-Rags continues to expand its brand with apparel from four cult classics: Tales from the Darkside, Big Trouble in Little China, Darkman, and Teen Wolf.

Fright-Rags’ Tales from the Darkside collection is waiting for you to enter. The horror anthology series has spawned three t-shirts, including one that glows in the dark, a 3D embroidered hat, and an enamel pin.

Hop aboard The Pork-Chop Express for Fright-Rags’ Big Trouble in Little China collection. It features two new t-shirts, two reprints (including Jack Burton’s tank top), a pair of socks with Jack Burton on foot and Lo Pan on the other, and a Lo Pan enamel pin with light-up eyes. 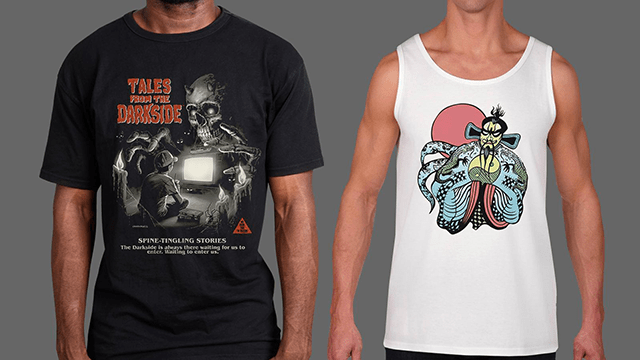 Who is Darkman? Find out with Fright-Rags’ apparel celebrating the 30th anniversary of the Sam Raimi film. Choose from five designs, one of which glows in the dark.

Fright-Rags commemorates 35 years of Teen Wolf with four new designs, including recreations of shirts from the film, plus a reprint of a fan-favorite design featuring Michael J. Fox as title character.

Tales from the Darkside, Big Trouble in Little China, Darkman, and Teen Wolf apparel is on sale now at fright-rags.com 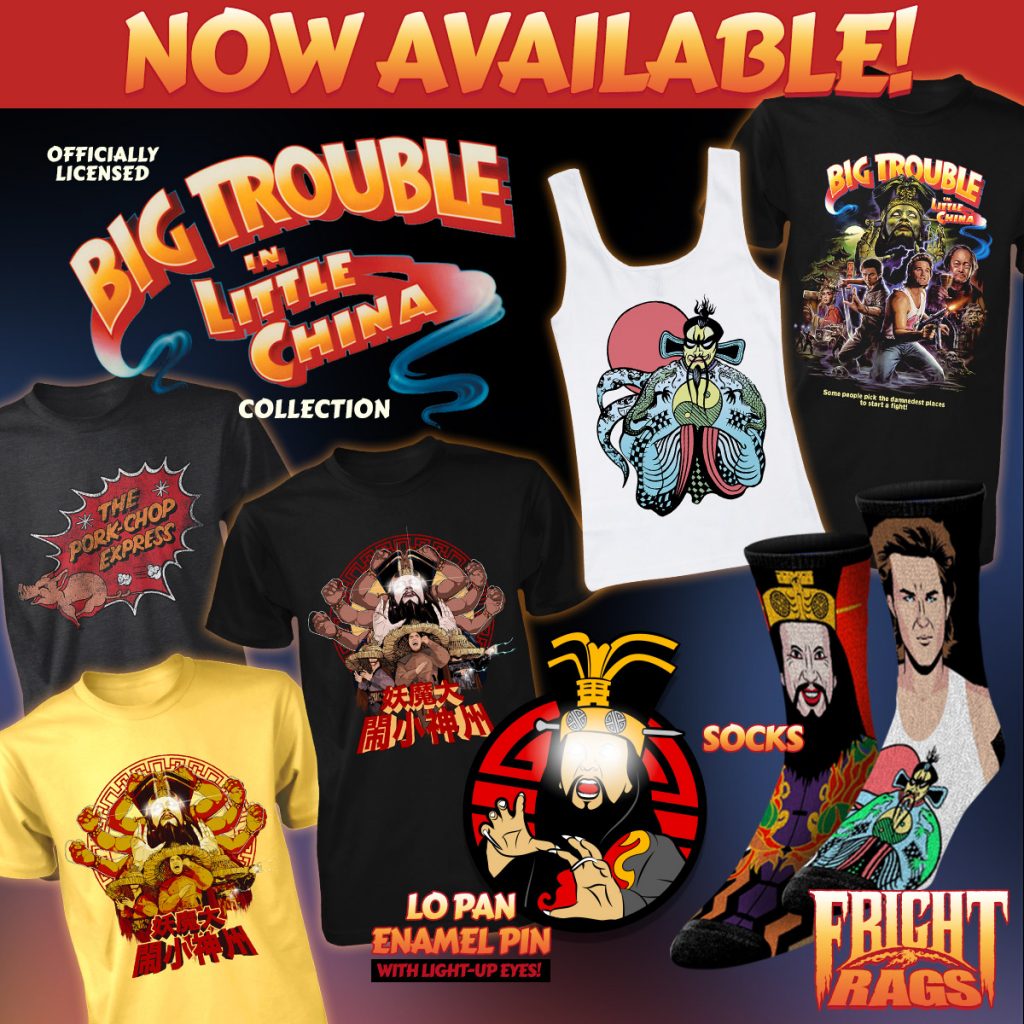 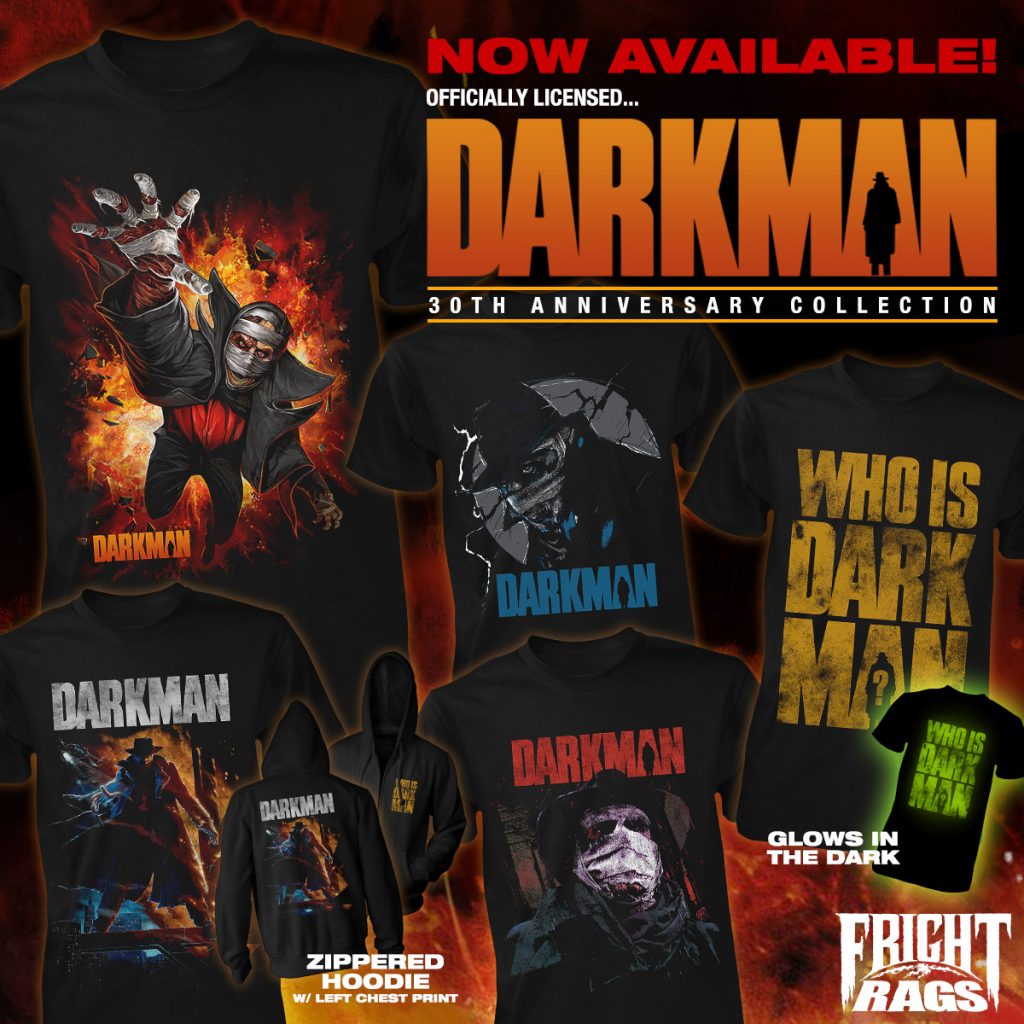 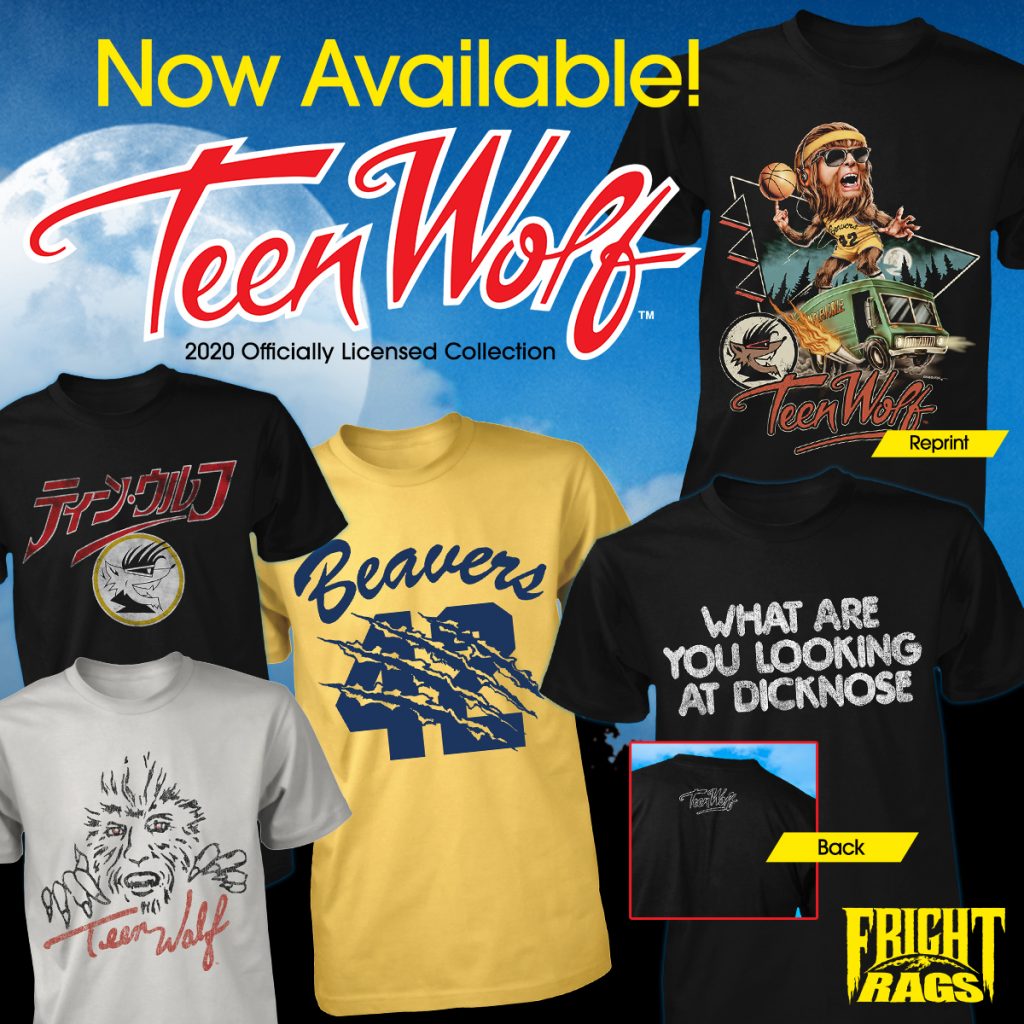