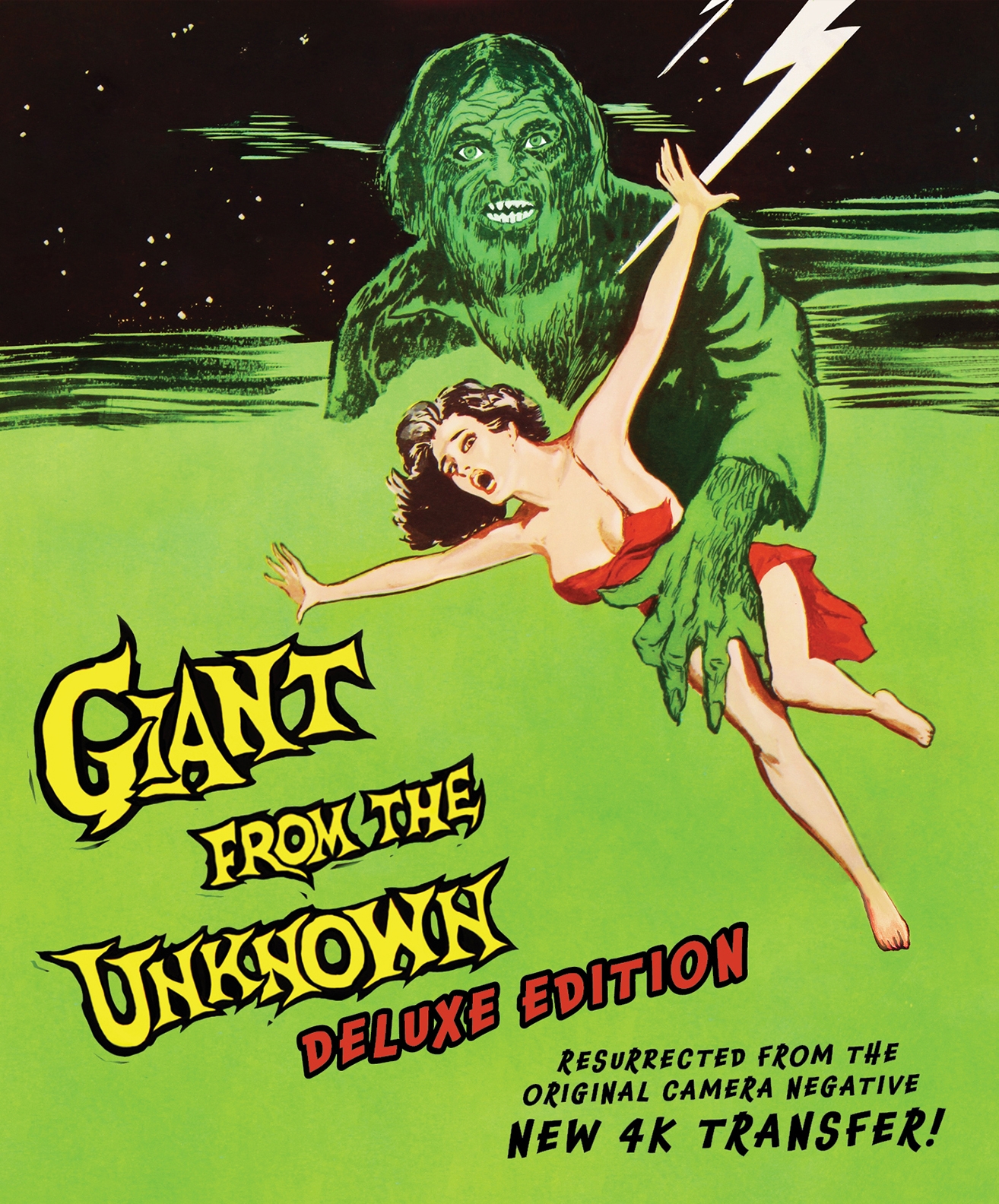 The Film Detective (TFD), a classic media streaming network and film archive that restores and distributes classic films for today’s cord-cutters, announces the release of Richard E. Cunha’s science-fiction classic, Giant from the Unknown (1958), on limited edition Blu-ray and DVD. The Giant from the Unknown release comes as the latest in a series of restorations in collaboration with The Wade Williams Collection.

For the first time ever, The Film Detective presents film fans with the ultimate cinematic experience, offering Giant from the Unknown in a Limited-Edition Giant Cult Film Box Set, available to order now through 20th November from thefilmdetective.com, delivered by 20th December in time for the holidays. 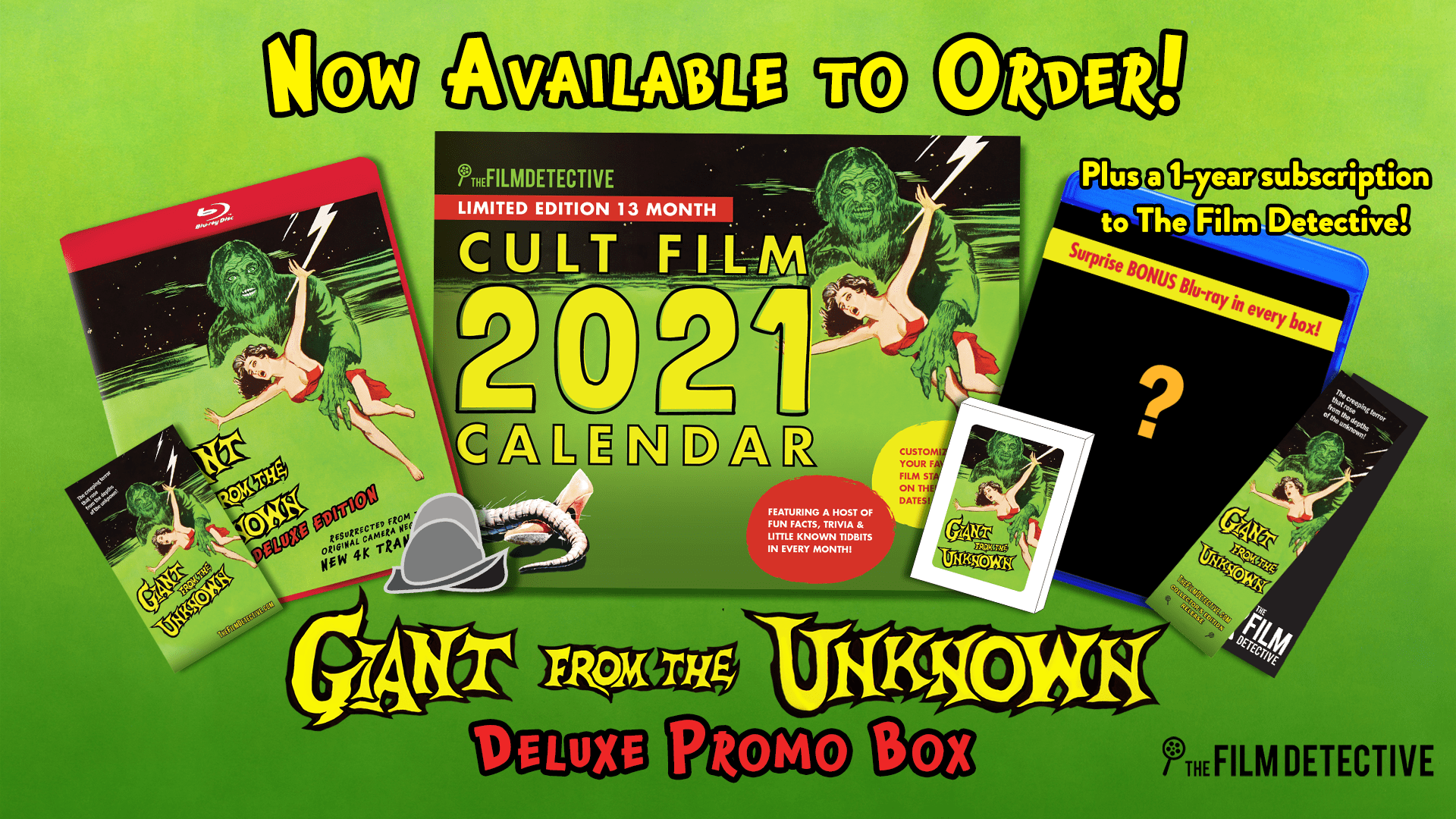 In Giant from the Unknown, Dr. Frederick Cleveland (Morris Ankrum) and his daughter Janet (Sally Fraser) are joined by scientific researcher Wayne Brooks (Ed Kemmer) in the pursuit of ancient artifacts from Vargas, a giant 500-year-old Spanish conquistador. When a lightning storm interrupts their search, the team finds much more than artifacts when the long-lost Vargas returns to life, with a murderous rage and an axe to grind! 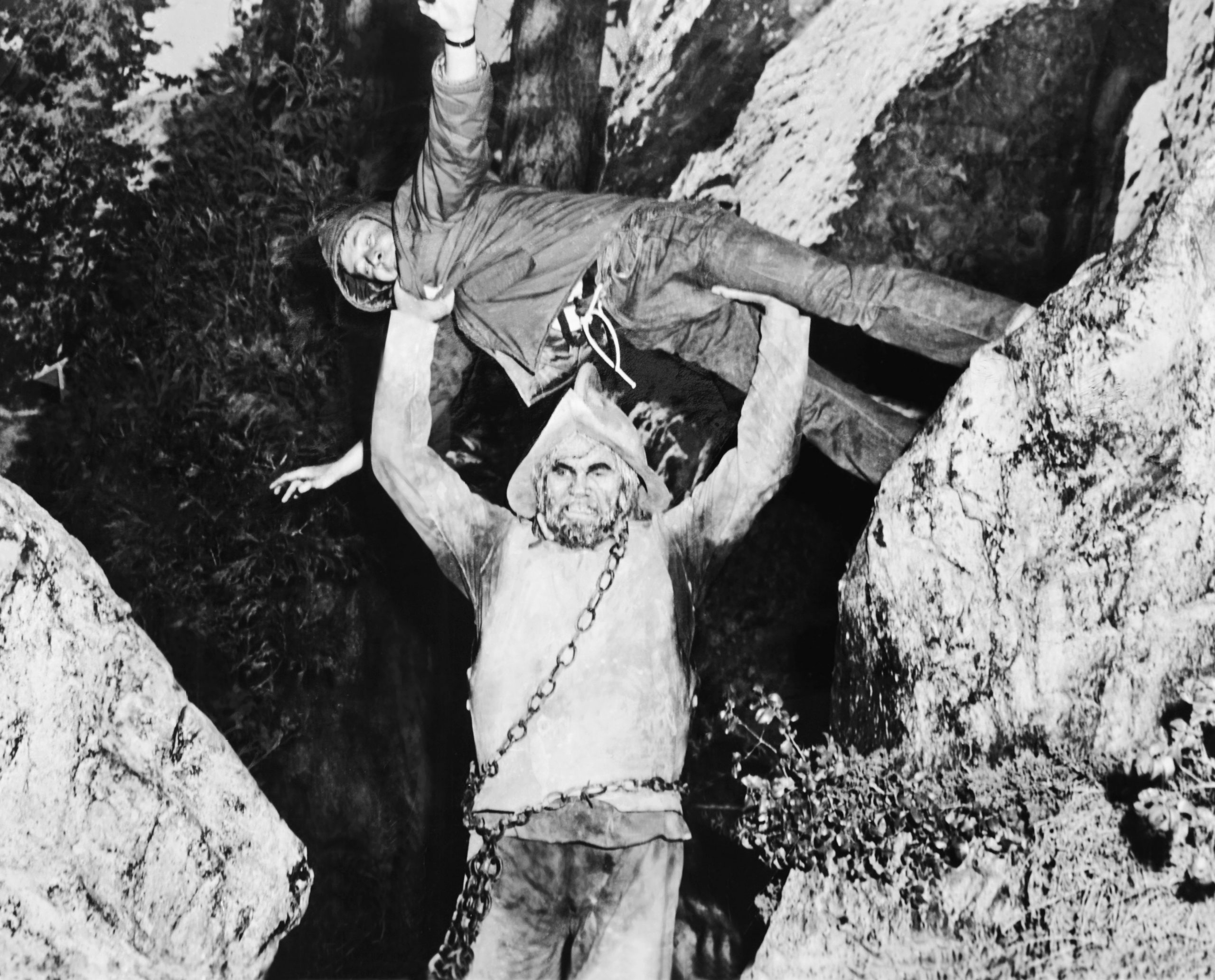 Giant from the Unknown has been resurrected from the original camera negative with a stunning 4K transfer and includes exclusive special features: Never-before-seen interviews with author C. Courtney Joyner and actor Gary Crutcher and commentary from historian Tom Weaver, directed by Daniel Griffith at Ballyhoo Motion Pictures.

Inspired by the film, the Limited-Edition Giant Cult Film Box Set features exclusive collectibles that will thrill any cult classic film fan, including a 13-month cult film calendar, bookmark, magnet, custom playing card deck and lapel pin inspired by Vargas the Giant himself. And that’s not all! Each box set will also include a surprise, TFD Vault cult film, recently restored from the original camera negative in stunning 4K and a one-year subscription to The Film Detective app, unlocking thousands of classic film and television titles available on iOS, Android, Roku, Apple TV and Amazon Fire TV.

At an $120+ value, the Limited-Edition Giant Cult Film Box Set is the perfect holiday treat. And if this giant offer at giant savings wasn’t incentive enough, the first 100 Blu-ray box set orders will receive their copy of Giant from the Unknown in a special blood-red Blu-ray case.