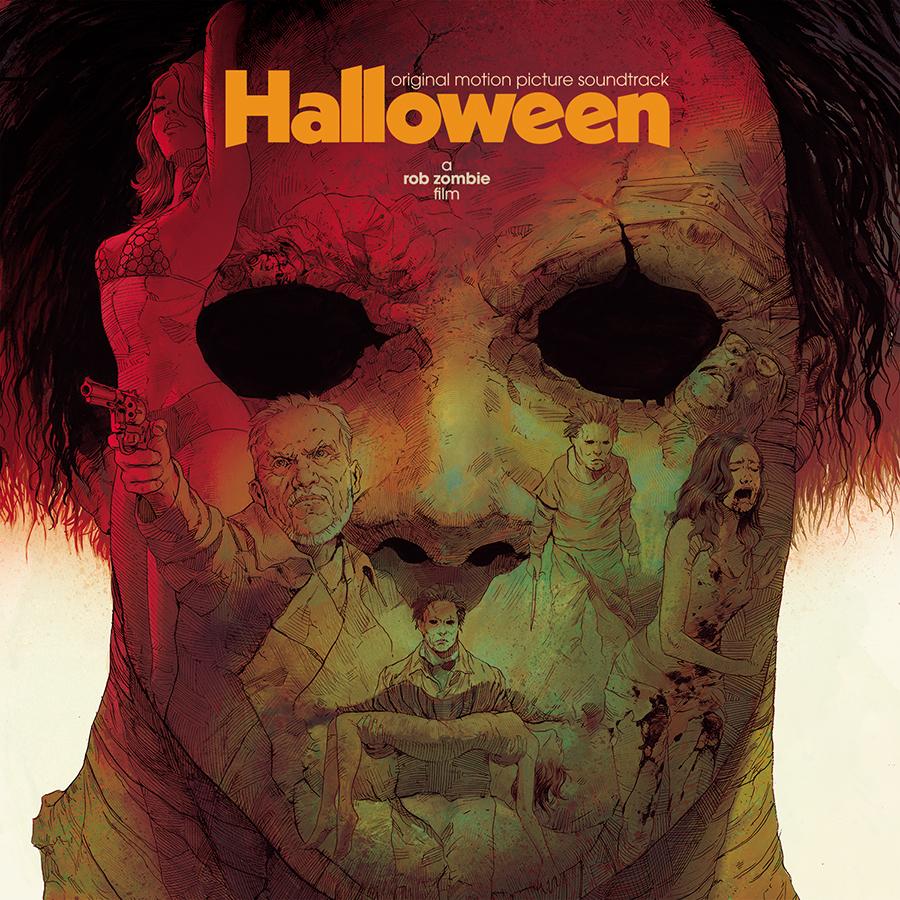 Waxwork Records is beyond thrilled to announce the debut vinyl release of Rob Zombie’s Halloween Original Motion Picture Soundtrack. Released in 2007, Halloween is an American slasher film written, directed, and produced by Rob Zombie. The film is a reimagining of the 1978 horror film of the same name and the ninth installment in the Halloween franchise starring Tyler Mane as the adult Michael Myers, Malcolm McDowell as Dr. Sam Loomis, Sheri Moon Zombie, Scout Taylor-Compton, and Daeg Faerch. The film follows the premise of John Carpenter’s original, with Michael Myers stalking Laurie Strode and her friends on Halloween night. Rob Zombie goes deeper into the psyche of Michael Myers, trying to answer the question of what drove him to commit acts of murder. Working from the advice of Carpenter to “make the film his own”, Zombie chose to develop the film as both an origin story and a remake, allowing more original content than simply re-filming the same scenes from the original 1978 movie.

Rob Zombie’s Halloween is available to pre-order from waxworkrecords.com