In The Dare, Jay (Bart Edwards) is getting ready to read a final bedtime story to his children when he hears a startling noise coming from another room. To his horror, he finds his wife lying unresponsive in a pool of blood and realises his home has been invaded. But before he can escape with his daughters, Jay too is rendered unconscious… 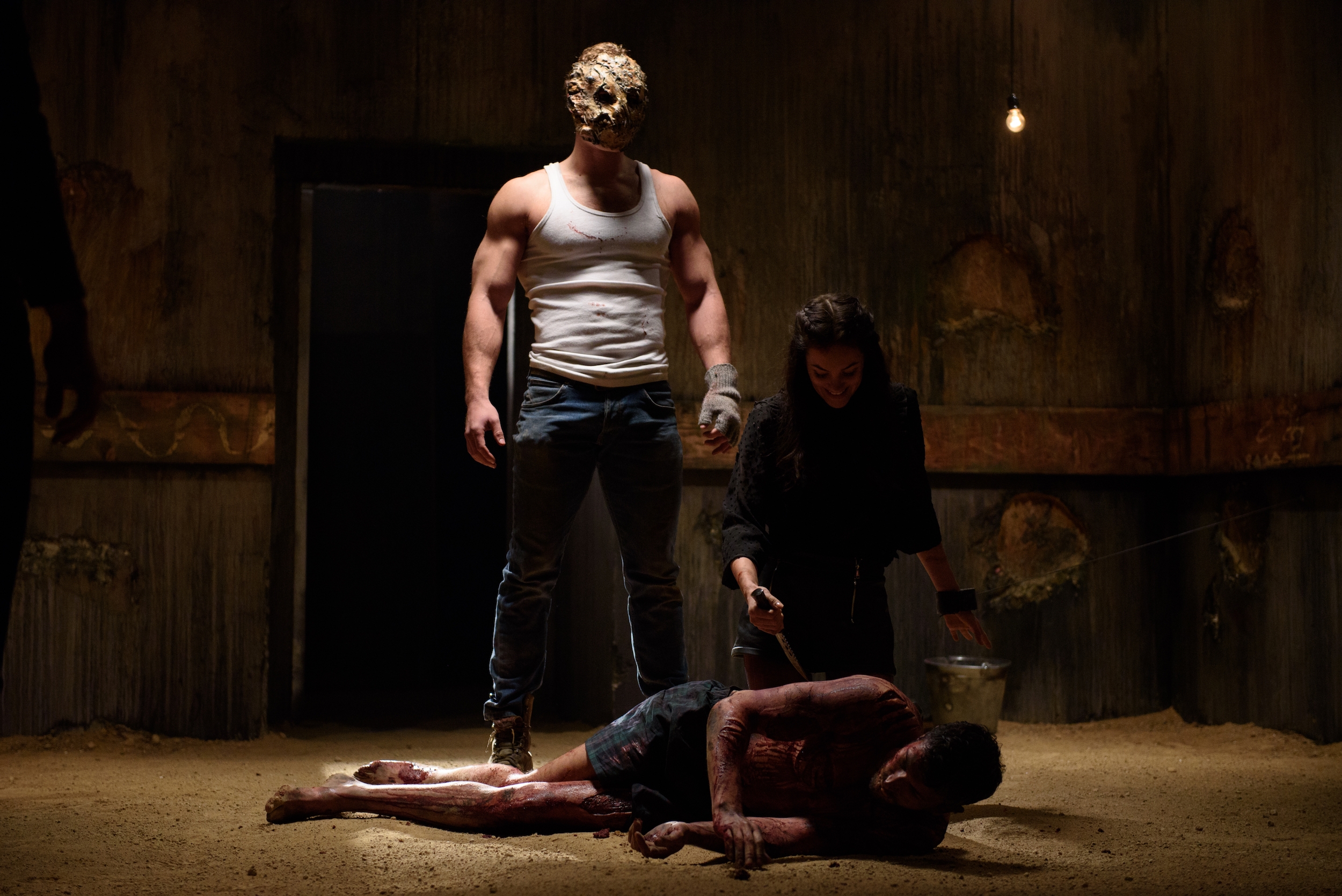 Like Saw and Hostel, our protagonist wakes up to find himself bound against his will within a grimy, blood-soaked basement/dungeon, but he is not alone. Sitting against each side of the wall are three other captives already worse for wear: Adam (Richard Short) and Kat (Alexandra Evans), both with various cuts and bruises, and Paul (Daniel Schutzmann), whose body shows signs of mutilation so severe, it is a revelation he is still breathing. “He was there when I got here”, Adam says of Paul. “Paul doesn’t say much,” interjects Kat as Jay glares at Paul’s sewn-together mouth.

“This must have been a mistake… because I’m a good person. I didn’t do anything wrong. You see, I do charity… I… I gave blood once.” 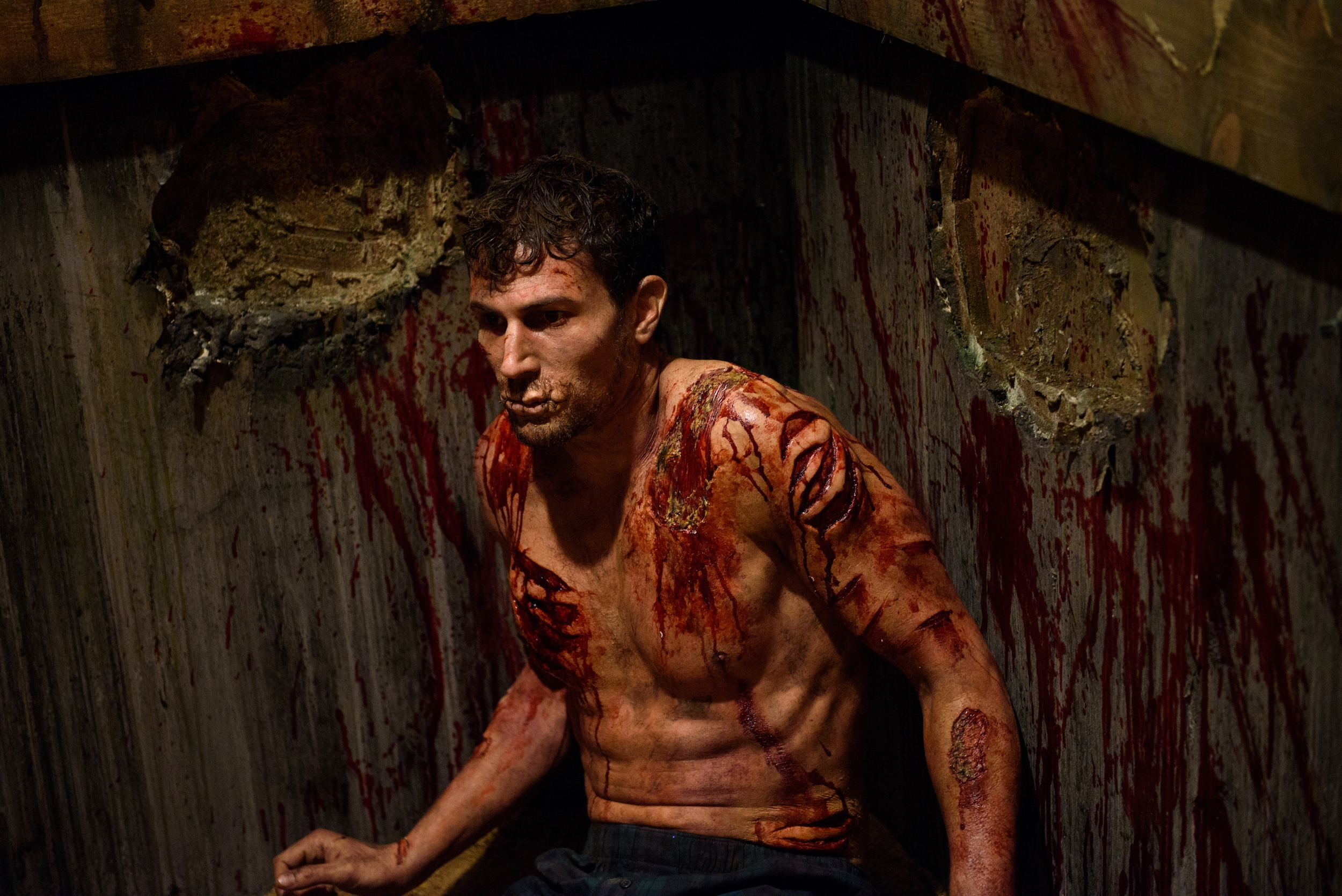 Adam glances over at Jay and sarcastically tells him to get used to that shit as their captor is a “big fan of the red stuff”. The lights flicker off and on startling Jay. “So, he warns you before he torture you?!” “Yep. Only it’s not him that does the torturing,” Adam replies.

The Dare is definitely not for the squeamish. If you flinch at the very sight of creepy crawlies creeping and crawling in the worst places – the insertion of live larva into the human eye for example – you may want to look away during the inventive torture sequences that Giles Alderson and co-writer Jonny Grant have concocted; executed masterfully by their special and visual effects teams. 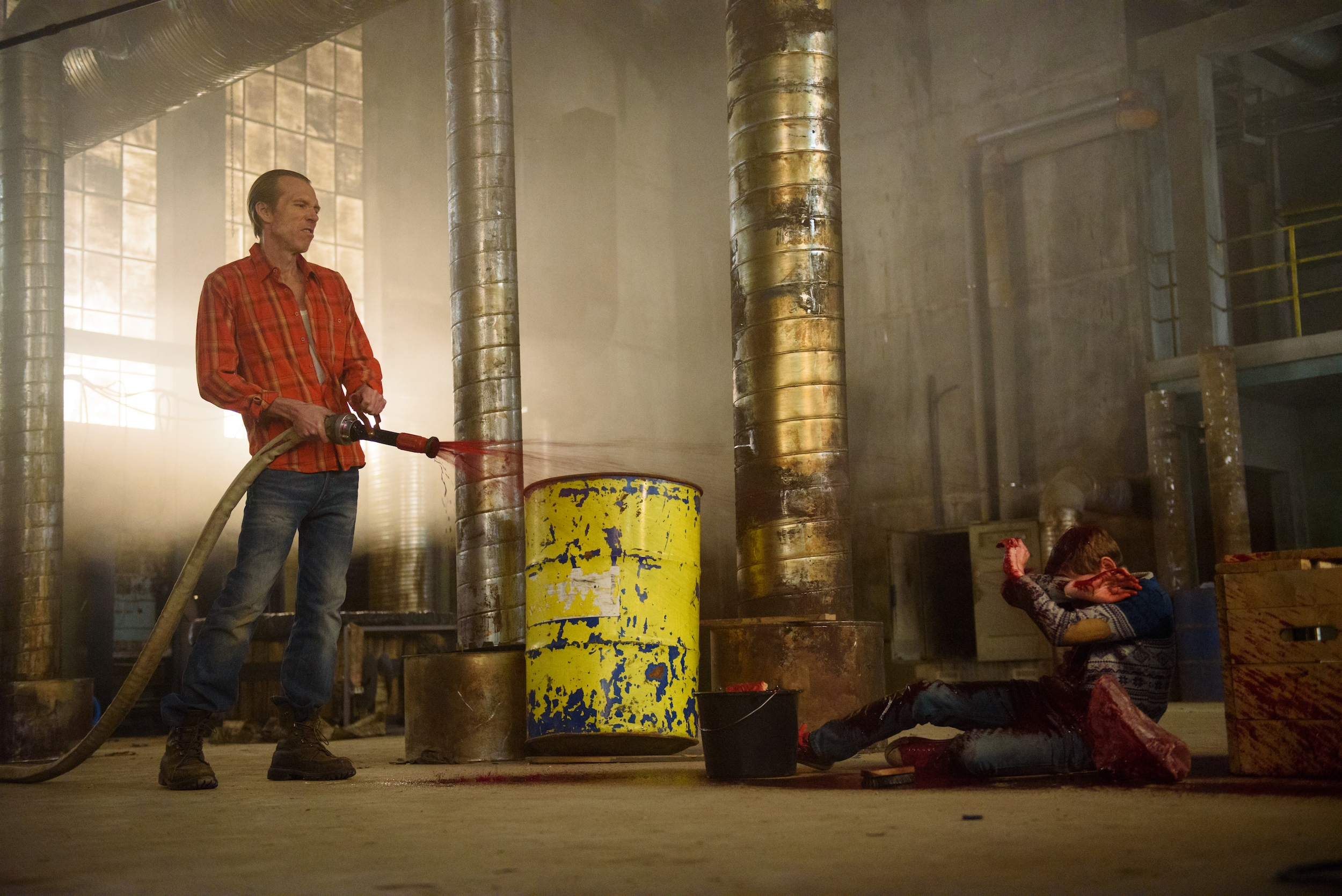 Interspersed between these acts of cruelty are scenes featuring Credence (Richard Brake) and his ‘adopted’ son Dominic (portrayed as a young boy by Mitchell Norman, a teen by Harry Jarvis, and as an adult by Robert Maaser). Raised in an old, dilapidated slaughterhouse, Dominic must learn to “let the evil out” through bloodletting. These scenes will keep the audience guessing – are they running concurrently to acts of violence being inflicted in the basement, or are they flashbacks to a childhood of pain? Either way, the audience will soon discover why Alderson’s movie was titled The Dare…

The intense relationship between Richard Brake and Mitchell Norman as father and son steals the show in this Grand Guignol; the spontaneity of Credence’s anger breaking through an already intimidating presence which will keep even the most hardened horror hound on the edge of their seat. What little humanity is displayed towards Dominic is frequently punctuated by Credence’s overwhelming malice. Bravo, Brake. Bravo! Kudos to Norman too for the genuine fear he conveys during the titular dare. 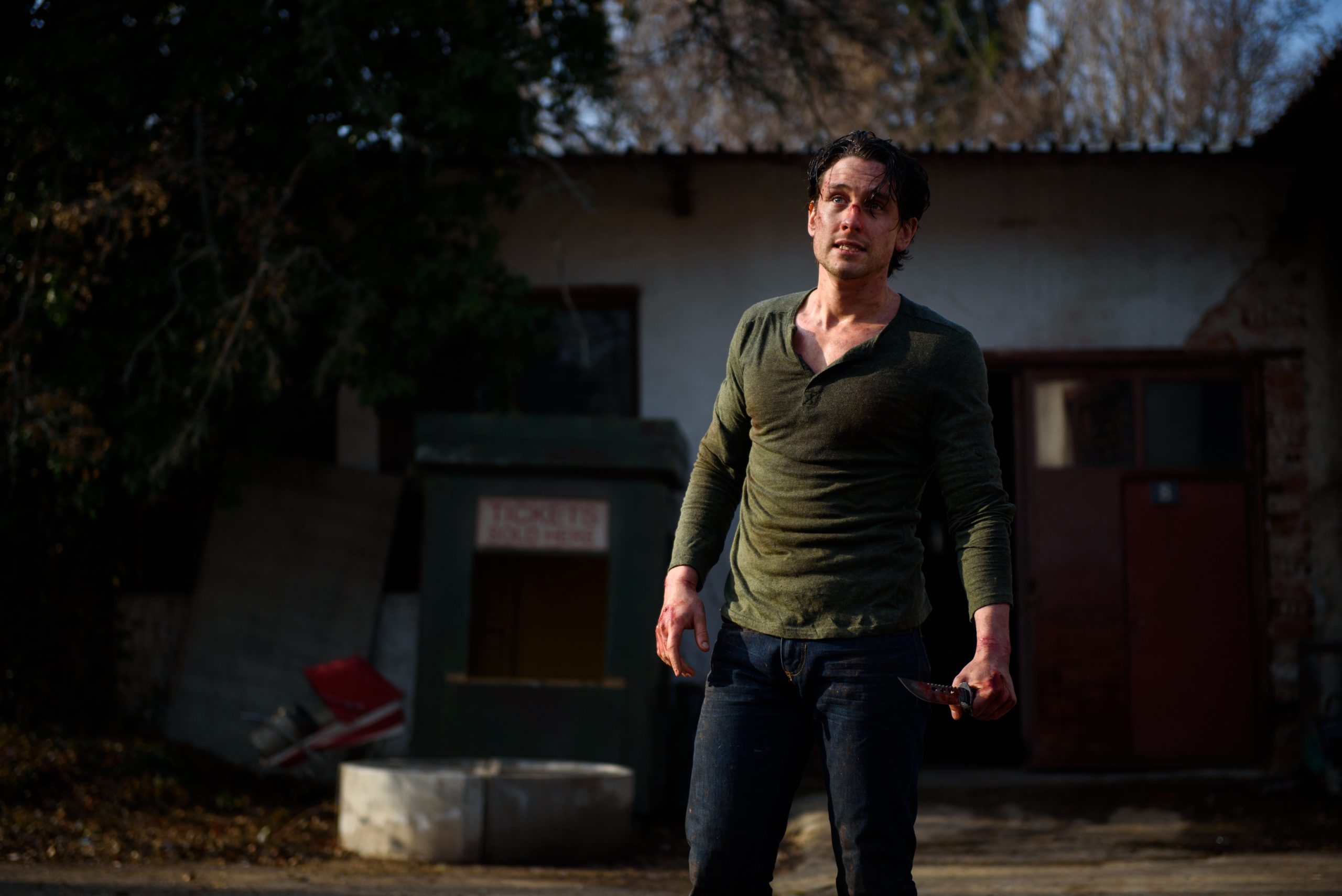 Just like the forerunners of splatter – films like Herschell Gordon Lewis’ Blood Feast (1963) and Two Thousand Maniacs! (1964) – The Dare succeeds in shocking its audience with grisly, grotesque imagery. But whilst the aforementioned resurgence of gorno found itself frequently focusing on elaborate contraptions designed to cause prolonged pain and suffering, The Dare exploits humanity’s most irrational fears; succeeding in its simplicity to leave you traumatised!