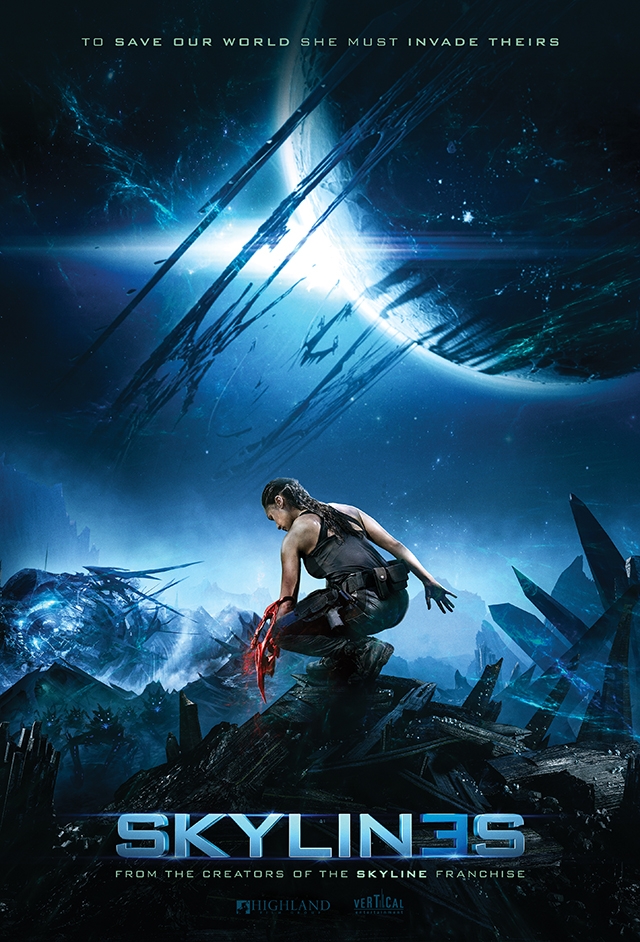 In Skyline (2010) the alien invasion began… in Beyond Skyline (2017) the earth fought back… and in Skylin3s – the highly anticipated third instalment of the hit sci-fi franchise – an elite team of soldiers head to the alien’s home planet on a final desperate mission to save humanity.

Several years have now passed since other-worldly blue lights first descended from the skies as the alien invasion of Earth began. The once-killer extraterrestrials known as ‘Pilots’ have had their biology altered so they can now peacefully coexist with humans on a ravaged future-Earth. When a lethal new alien virus emerges, military commander General Radford (Alexander Siddig) warns that without action, the Pilots will revert to their unstoppable, human-hunting form. To save the Earth, super-powered human-alien hybrid Captain Rose Corley (Lindsey Morgan) must lead a team of elite soldiers on a deadly mission beyond the far reaches of space, to the alien planet known as Cobalt 1. This time, to save our world, we must invade theirs. 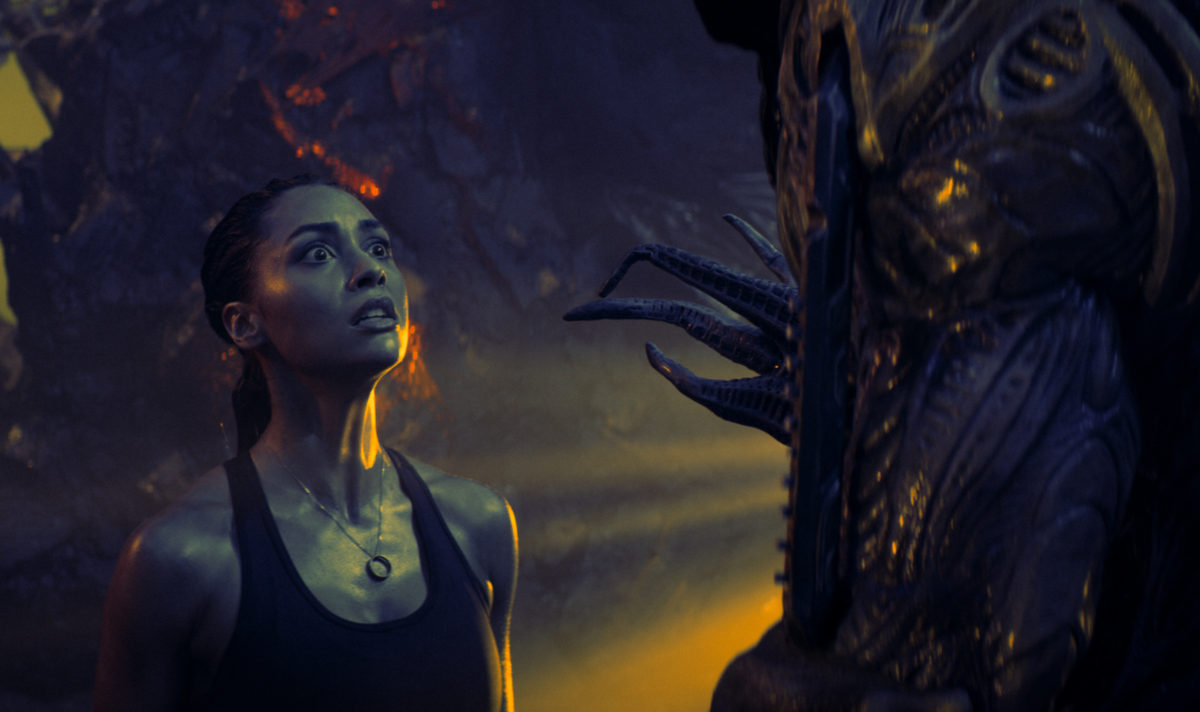 With writer and director Liam O’Donnell once again at the helm of this thrilling sequel, expect explosive action, mind-bending special effects and a continuation of the galactic world-building that fans have come to know and love from the sci-fi action series.