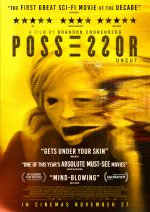 If David Cronenberg was the prime mover of the horror sub-genre known as ‘body horror’, his son Brandon is taking it to the next level. With Possessor, his second feature after debut Antiviral, Brandon Cronenberg starts with a scene that braces you for the bloodletting that will come…

A young woman (Gabrielle Graham) stands in the bathroom of a hotel and stabs a long metal electrode into her skull as blood seeps around the wound. Her face runs through a gamut of emotions as the electrode fulfils its mysterious purpose in her brain. Later, apparently unaffected, she joins a group of women in a hotel elevator, all of them wearing tracksuit uniforms as they work as stewardesses at a corporate party.

As they enter a futuristic private lounge, the young woman selects a knife from a cutlery display, walks up to a fat-cat businessman and stabs him viciously and repeatedly until his belly is a mess of bloody, torn tissue, while the other guests scream and flee in panic. She pauses to revel in the feel of his blood before placing a gun in her own mouth.

We then switch to an entirely different location – a slender woman in loose white clothing is lying on a gurney in a darkened, hi-tech room, her head concealed inside a machine. She rouses herself shakily from stupor. This is Tasya Vos (Andrea Riseborough) a contract killer, but technically, she never kills anyone. 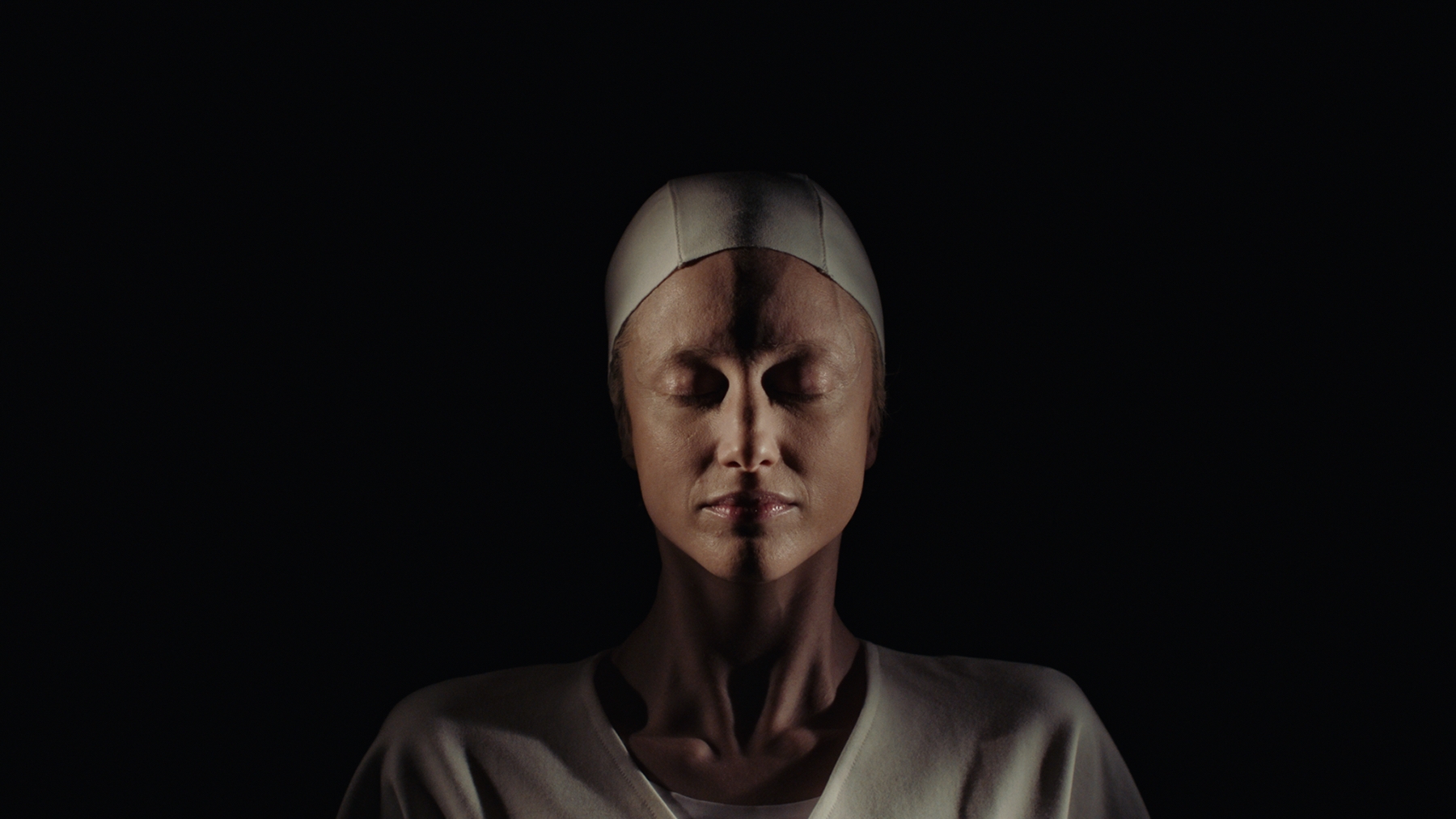 Vos is the most valued operative in a shady company that has found a way to implant her consciousness into other people. Once hired, she temporarily inhabits a subject’s body, then the owner of that body is compelled to commit the murder she has been contracted to do. Before her consciousness leaves her host, her last act is to pull the trigger of a gun with which they kill themselves. It’s a neat solution. Neither she, nor her employers, can be implicated.

However, being the ‘possessor’ of other human beings comes at a physical and mental cost. She invariably emerges from her ‘possession’ weak and nauseous and has to be tested to make sure she has not stayed ‘in’ too long, incurring brain damage and losing some of her own personality.

Her boss, Girder (the ever-sinister Jennifer Jason Leigh) has to take her through a debriefing and a psychological review to make sure she has emerged fully herself. Vos must demonstrate that she still has control over the reality of her own life. 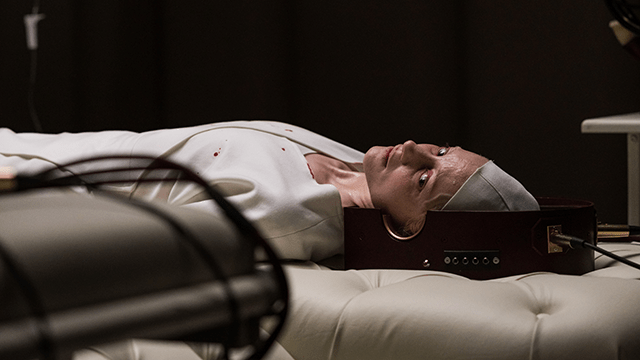 Hoping to preserve her reputation as the most efficient assassin in the business, Vos hides the fact that she is experiencing moments of confusion and alienation, although her employers are noticing that her killings are becoming increasingly savage.

Girder questions whether Vos is still ambivalent about living a normal life with her estranged husband and young son. To settle her discontent, Vos asks for some time off to try and reconnect with husband Michael (Rossif Sutherland) and son, Ira (Gage Graham-Arbuthnot) but once with them, although she puts up a front of normality, Vos cannot shake a feeling of disconnection. She soon calls Girder to inquire about the next assassination assignment. It is as if she is getting anxious to find her next ‘fix’ of carnage.

The new assignment is a lucrative but complex one. It requires Vos to inhabit the body of Colin Tate (Christopher Abbott), a young man who about to marry ‘above his station’ into a wealthy family. The plan is to have Colin murder his future father-in-law, CEO of a multi-national Data gathering corporation, John Parse (Sean Bean) and his daughter Ava (Tuppence Middleton) Colin’s fiancée, so that a step-brother can inherit the family fortune. 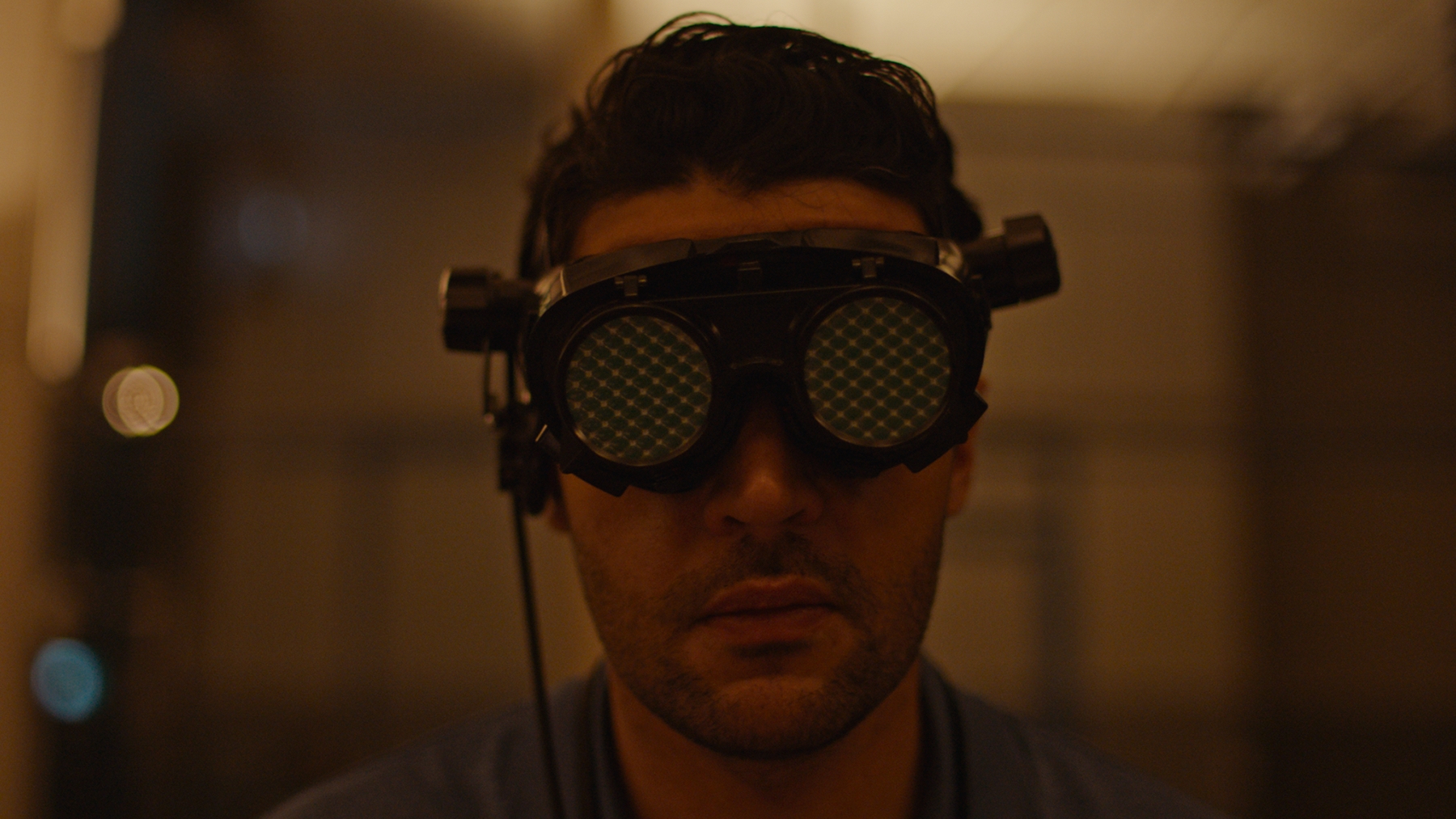 Vos does her research: she spies on Colin, listening in on his conversations, learning his body language, speech-patterns and vocabulary. Once Colin is kidnapped, anesthetized and brainwashed into implanting the electrode, Vos is free to inhabit Colin’s mind and body.

However, this ‘possession’ proves not to go quite so smoothly, and there are moments when Vos struggles to maintain clarity and control, although she hides these anomalies from her boss. The real Colin isn’t quite so easy to subdue as he fights to regain control of himself while Vos struggles to re-emerge into her reality.

The violence in Possessor is graphic, but not in the ridiculously OTT way that horror gore usually is. Cronenberg’s film focuses on the bloody, mushy mess of repeated stab wounds, of teeth crushed out of bleeding mouths, of pulped eye-sockets – emphasizing the fragility, vulnerability and penetrability of each and every human body – giving lie to the unrealistic violence usually found in action or crime movies, where heroes emerge from brutal fights with barely a scratch. 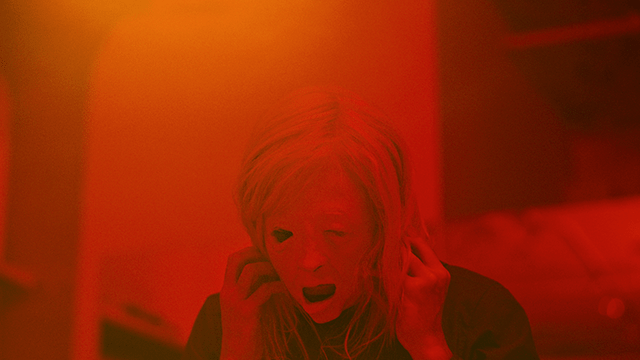 It is the visual impact of Possessor that is most memorable. The film’s most striking moments are ones that play out like a surreal, feverish nightmare. Mental disorder is presented by way of blazing, flashing, vivid colour, and there is an arresting sequence in which the division between Vos and Colin breaks down and one wears the distorted face of the other, as their identities alternate between warring and merging. Cronenberg’s direction is precise and tightly framed and he knows how to maintain a sense of unease. He works with cinematographer Karim Hussain and production designer Rupert Lazarus to create a truly striking visual experience. The screen is sometimes awash in glowing primary colours, sometimes grey and grim in the mundane world of tarmac streets and brick houses. 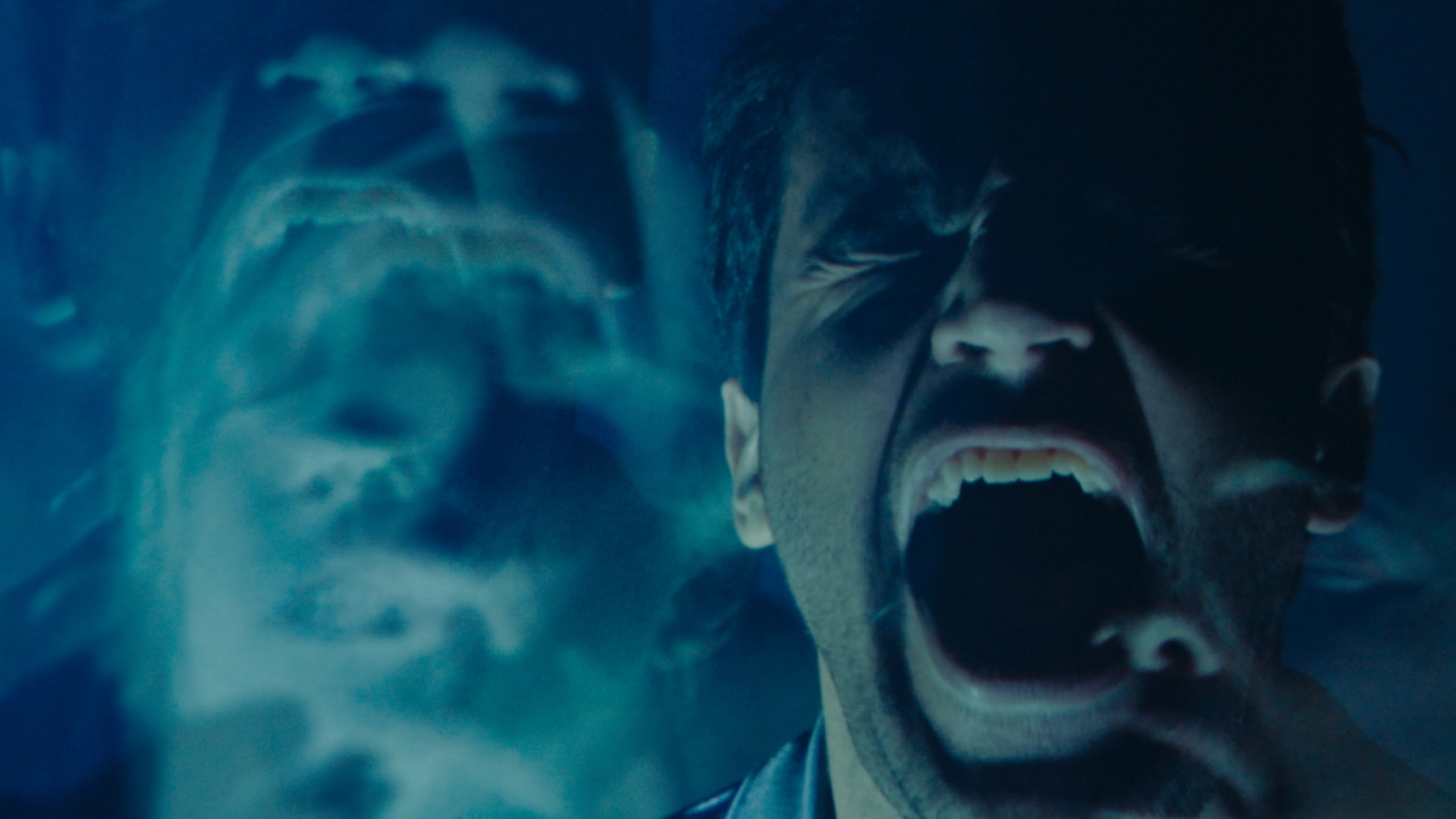 Christopher Abbott is compelling to watch, called upon to play two people in one body, seemingly uncomfortable in his own skin and struggling with that dichotomy. It also boasts an excellent performance from Andrea Riseborough as Vos, dazedly succumbing to the obliteration of her humanity, a killer so inured to operating in other people’s identities, she’s becoming a cypher herself, a shell of a person.

Possessor, though inordinately gruesome, has an original storyline and offers some interesting ideas. It’s a sci-fi-body-horror which examines the fluidity of identity and the flexible nature of reality. Though only his second film, Possessor shows Brandon Cronenberg to be an adept filmmaker with some thought-provoking concepts.