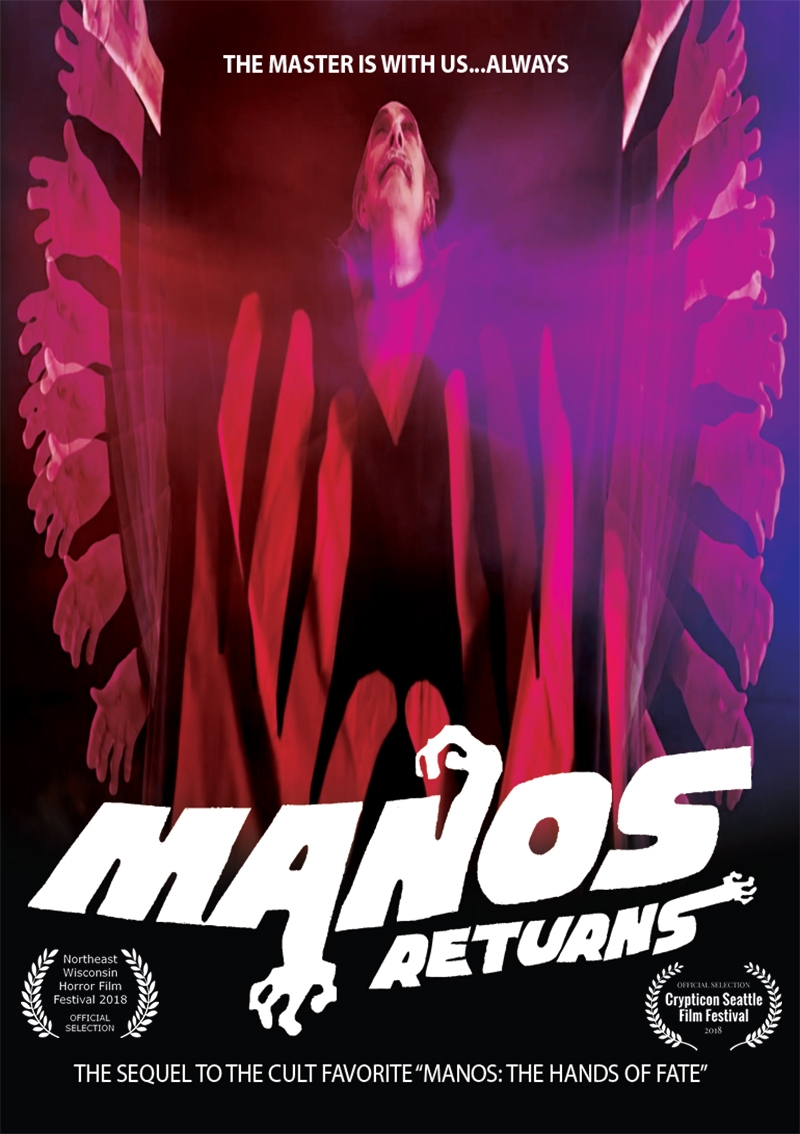 Manos Returns, the long-anticipated sequel to Manos: The Hands of Fate, is launching a pre-sale for a Deluxe Edition DVD of the film. Fans who place their pre-order at manosreturns.com before 22nd October will receive a special Early Bird price ($17 plus $3.99 U.S. shipping and handling).

A sequel to the cult classic Manos: The Hands of Fate, Manos Returns focuses on a group of hapless travelers who get lost on a road trip and stumble into the sinister world of Valley Lodge. Manos: The Hands of Fate premiered in 1966, was immortalized by Mystery Science Theatre 3000, and is considered by many to be the worst movie of all time.

In addition to Manos Returns, the Deluxe Edition DVD also contains several special features, including footage from Tom Neyman’s appearance at the Wrap Party, a commentary track, Torgo’s Audition Tape and many other treats. 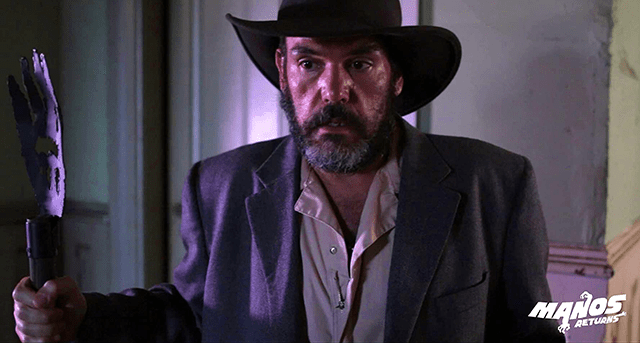 Directed by Tonjia Atomic, Manos Returns takes place 50 years after the action of Manos: The Hands of Fate. Four friends get lost on a road trip and stumble on a hidden cult lead by the sinister Master and his servant Torgo. As they try to escape, they are caught up in the power struggle between Debbie (given to Manos as a child 50 years ago), her mother Maggie, and the other souls twisted by their time serving the dark god. 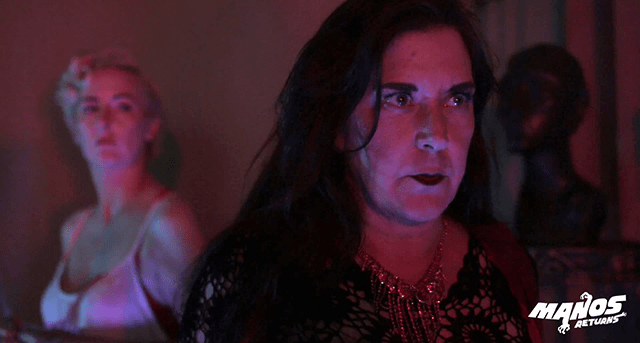