In 1978, Jennifer Hills (Camille Keaton) cut, chopped, broken and burned four men – Johnny, Matthew, Stanley and Andy – beyond recognition, but no jury in America would ever convict her! Now, 40 years later, Jennifer – a rape crisis counsellor – has released a bestselling memoir detailing the events of that horrific summer, entitled I Spit on Their Graves; a book that provokes anger and disgust from the widow of one of Jennifer’s rapists, Becky (Maria Olsen).

“Welcome back Jennifer Hills. You ain’t as fuckin’ beautiful as you think you are!”

Meeting up with her supermodel daughter, Jennifer and Christy (Jamie Bernadette) enjoy lunch together at a luxurious restaurant, where Christy drops a bombshell… She has turned down a million dollars to shave her head and pose for a photoshoot topless. Instead, she expresses her desire to leave the industry and pursue something more challenging. Whilst supportive of her daughter, Jennifer jokingly offers to take her place and pose completely in the nude. 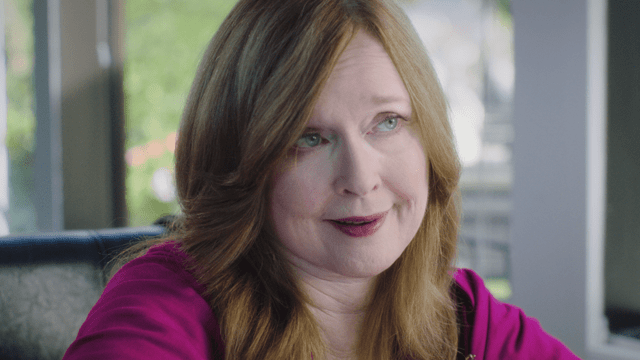 Shortly after leaving the restaurant together, Jennifer and Christy are startled as a van pulls over at the side of the road. Exiting the vehicle, Kevin (Jonathan Peacy) catches Jennifer’s eyes and asks politely if she is THE Jennifer Hills. If so, he asks if he can get an autograph for himself and Scotty (Jeremy Ferdman); smiling as he slides open the door to the van. Whilst Jennifer looks for a pen, Scotty sneaks up from behind and grabs her. Christy, screaming for help, is sucker-punched by Kevin, before being knocked unconscious by a second blow to the head.

Awakening to find herself and her mother restrained in the van, Christy flinches as the van door slides open and Becky enters gleefully! Christy wasn’t supposed to be dragged into this. Her hands are clean. But her mother? She must dig her own grave…

“Johnny was always faithful to me. Until you…like a bitch in heat…came along and seduced him! It felt good to butcher him, didn’t it? I can imagine what a thrilling fuckin’ moment that was for you.” 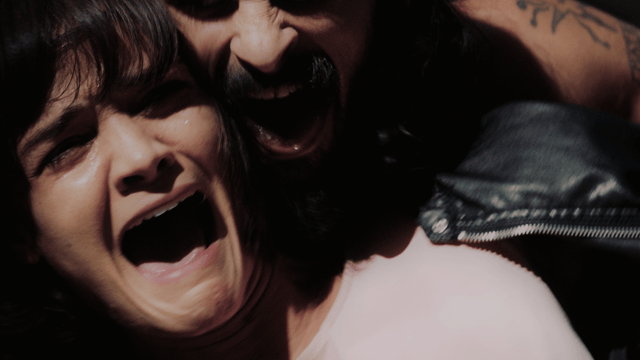 The rape and revenge subgenre of exploitation cinema is often characterised as misogynistic, and rightfully so. Women are often exploited in these films; reduced to objects of desire unable to defend themselves, like Mari Collingwood (portrayed by Sandra Peabody) in Wes Craven’s The Last House on the Left (1972) or Joanna Kersey (portrayed by Hope Lange) in Michael Winner’s Death Wish (1974). Vengeance is often undertaken by the grieving husband or father, so when Meir Zarchi had the idea for I Spit on Your Grave – inspired by an encounter he had with a young woman who was raped and beaten in New York City – he made the decision to force the male audience to identify with Jennifer Hills and follow her point of view.

Originally released as Day of the Woman, but later re-titled I Spit on Your Grave in 1980 for redistribution, Zarchi’s debut continues to polarise audiences. Is it simply the exploitative trash Ebert warned you about, or does it deserve its cult status as a misunderstood feminist masterpiece? Whichever direction you take, I Spit on Your Grave is undeniably an important film in the genre of exploitation. 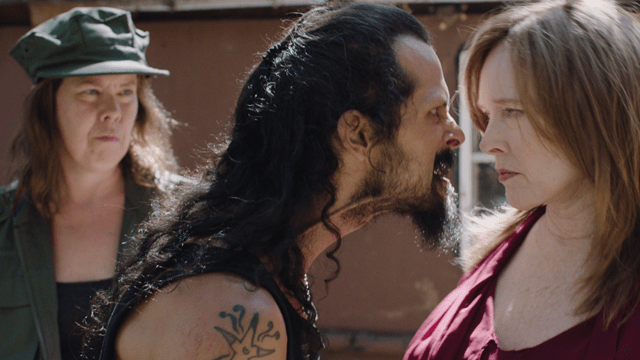 With the sequel, I Spit on Your Grave: Deja Vu, Zarchi re-introduces Jennifer Hills as the same independent woman she was in 1978, prior to the incident in Litchfield County. Having embraced her past, Jennifer is portrayed by the returning Camille Keaton with the same intensity she displayed during the final act of her most infamous feature film. Through flashbacks, we are reminded what Jennifer is capable of, so when she is confronted by the family matriarch, Becky, we know she’ll fight back!

That intensity is shared by Jennifer’s daughter, Christy. When her mother is being dragged out of the van and into the countryside, Christy does everything it takes to outsmart her captors and locate Becky before she can exact her revenge! Indeed, Deja Vu is not a singular tale of vengeance. Zarchi has written this sequel from multiple points of view; from the Hill family to the family of Johnny, Matthew, Stanley and Andy, who have waited patiently for four decades for the opportunity to spit on Jennifer Hill’s grave.

Jamie Bernadette’s emotional performance as Christy is chilling to watch. Deja Vu places Christy into familiar territory for the series, and it was just as uncomfortable to experience as it was witnessing the atrocities committed against Jennifer Hills in the original I Spit on Your Grave. Without spoiling Deja Vu, Christy has her own reason for revenge at this point in the sequel. So, was her rape necessary? No, it wasn’t, and I can only imagine that Zarchi included the scene in an effort to recapture the controversy surrounding the 1978 cult classic. This is a self-aware sequel, and Zarchi delivers on certain expectations. With that being said, Bernadette’s portrayal as a victim is heart-breaking, but her transformation into a Death Wish-era Charles Bronson vigilante is as intimidating as her villainous counterpart, Maria Olsen’s Becky.

Whilst the rest of the family are mostly caricatures played for laughs – Deja Vu is blackly comic at times – Becky is portrayed by Olsen as a lost soul, trying desperately to justify her need for vengeance. It is through the character of Becky that Zarchi explores themes of victim-blaming and religion with varying degrees of success. Olsen, however, is able to keep the material from falling into a parody of the subgenre, through an impassioned performance that will elevate this sequel to cult status. Becky is bat-shit crazy and I loved to hate this character.

“There are wild animals in this forest, and the night is getting near… It ain’t safe in the dark.” 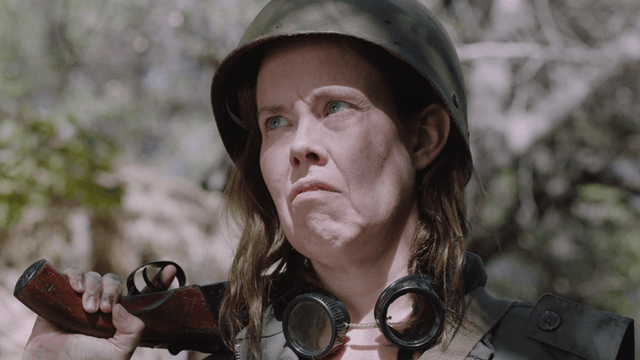 So, is I Spit on Your Grave: Deja Vu a worthy successor? Not exactly… The problem I have with Deja Vu is with its unjustifiable 148-minute running time. Producer Terry Zarchi, Meir Zarchi’s son, was responsible for the editing and it appears that he has kept most of his father’s screenplay intact for the screen. No faith is placed on Deja Vu’s audience as every motivation is explained in excruciating detail. Ebert once said of the original, “these horrible events are shown with an absolute minimum of dialogue,” and it must have struck a nerve with the Zarchi family.

Deja Vu also feels a bit…deja vu! The sequel’s production was delayed for almost a decade due to Steven R. Monroe’s 2010 remake and its subsequent sequels: I Spit on Your Grave 2 (2013) and I Spit on Your Grave III: Vengeance Is Mine (2015). The Last House on the Left was remade by Dennis Iliadis in 2009, and Eli Roth reimagined Death Wish in 2018. But above everything else, Coralie Fargeat’s Revenge (2017) was released, offering the perfect blend of exploitation and feminism.

It is perhaps unfair to compare I Spit on Your Grave: Deja Vu to this contemporary resurgence of revenge thrillers. Zarchi has still delivered a satisfying slice of woman-scorned exploitation that pushes the boundaries of acceptability in a genre known for frequently crossing the line.

I Spit on Your Grave: Deja Vu is available now on Blu-ray and DVD from Kaleidoscope Home Entertainment.