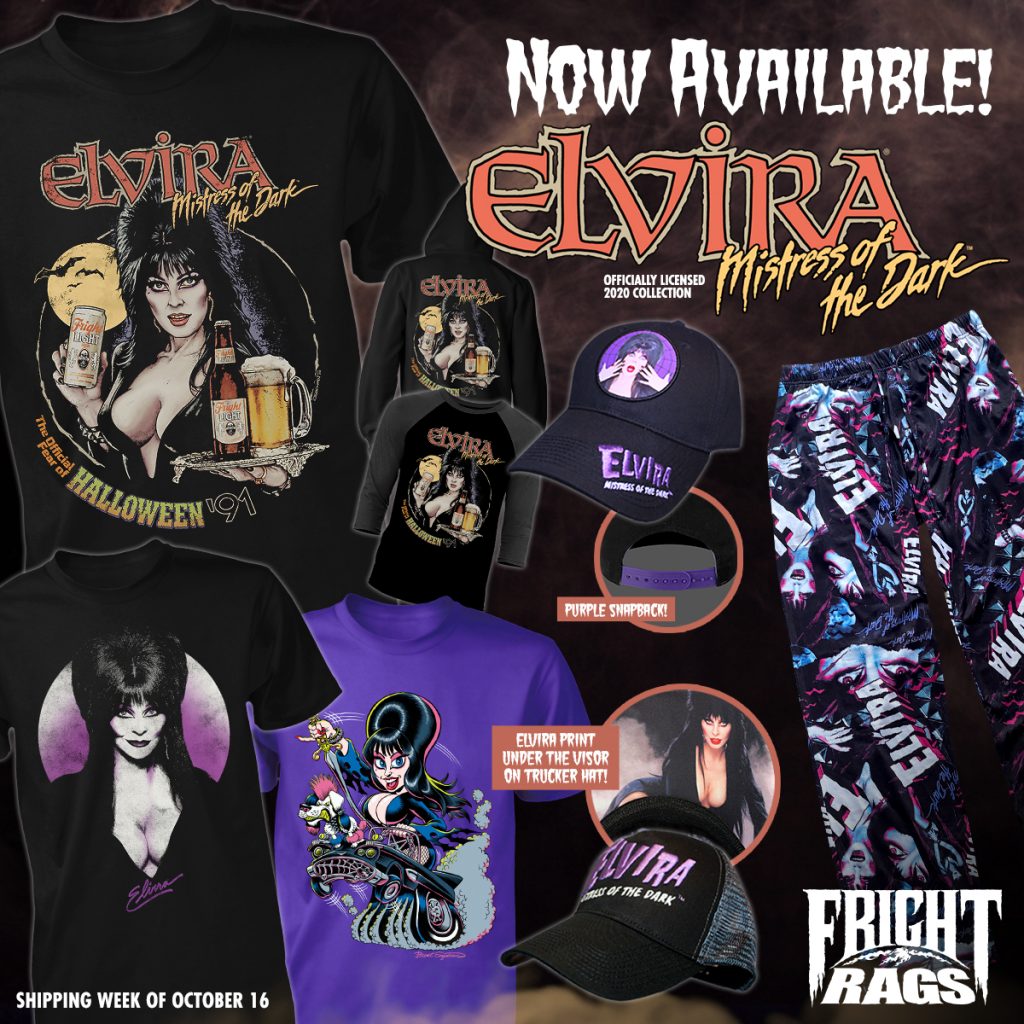 Halloween is drawing near, but don’t worry! Fright-Rags has you covered with new apparel from Elvira: Mistress of the Dark, Hammer, and The Houses October Built.

Drink up the official fear of Halloween with Fright-Rags’ Elvira collection. The Mistress of the Dark is featured on three t-shirts, a trucker hat, a snapback hat, and lounge pants. 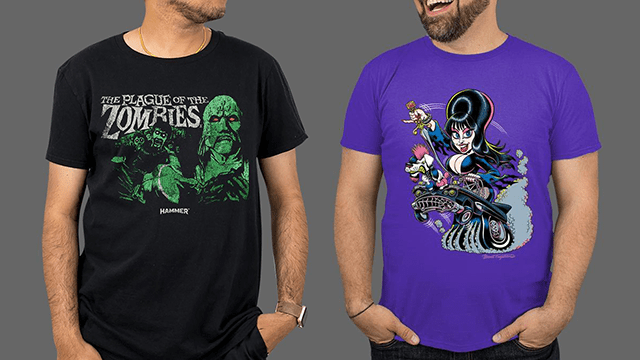 Fright-Rags has expanded its Hammer films line with tees from Horror of Dracula, The Curse of the Werewolf, Vampire Circus, and The Plague of the Zombies, plus socks with Christopher Lee as Dracula.

Buckle up for Fright-Rags’ The Houses of October Built collection. The found-footage horror film has spawned three t-shirts befitting of a haunted attraction.

Elvira, Hammer, and The Houses October Built apparel is on sale now at fright-rags.com 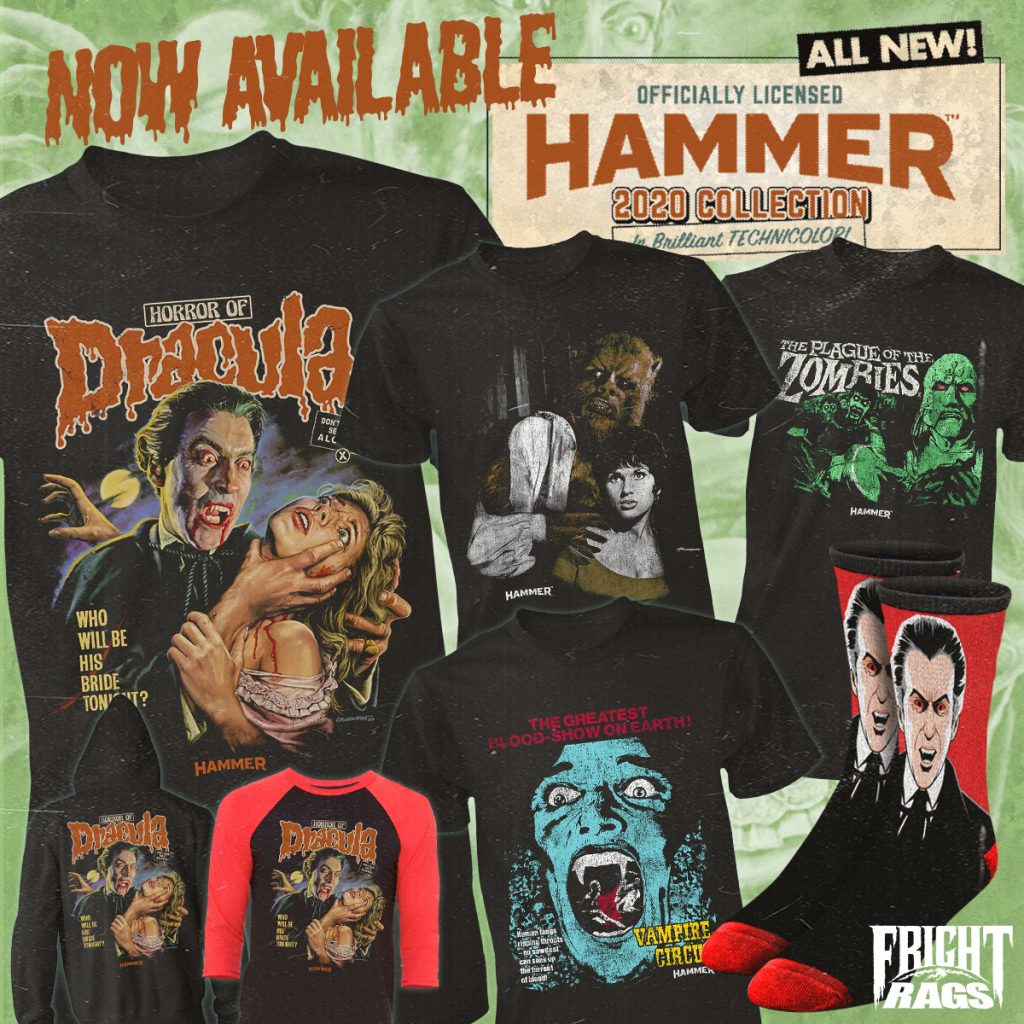 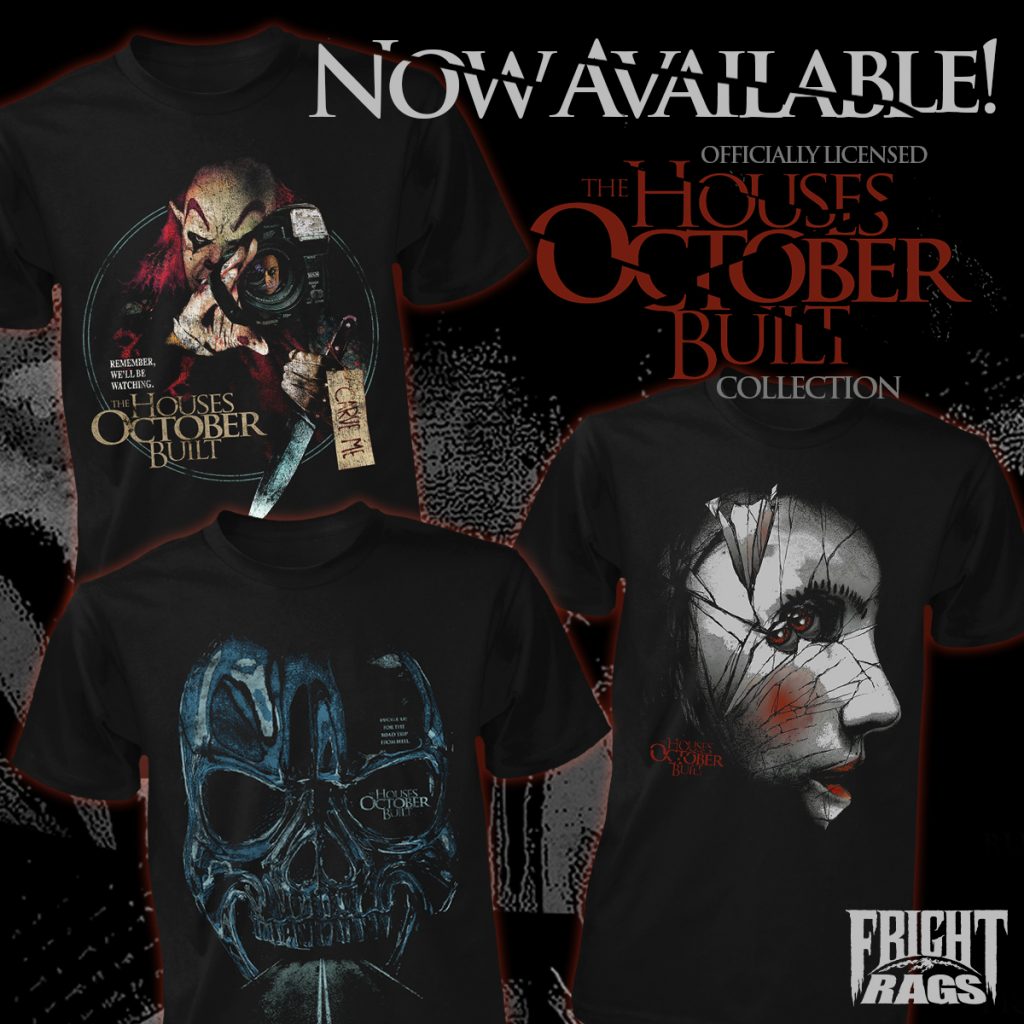