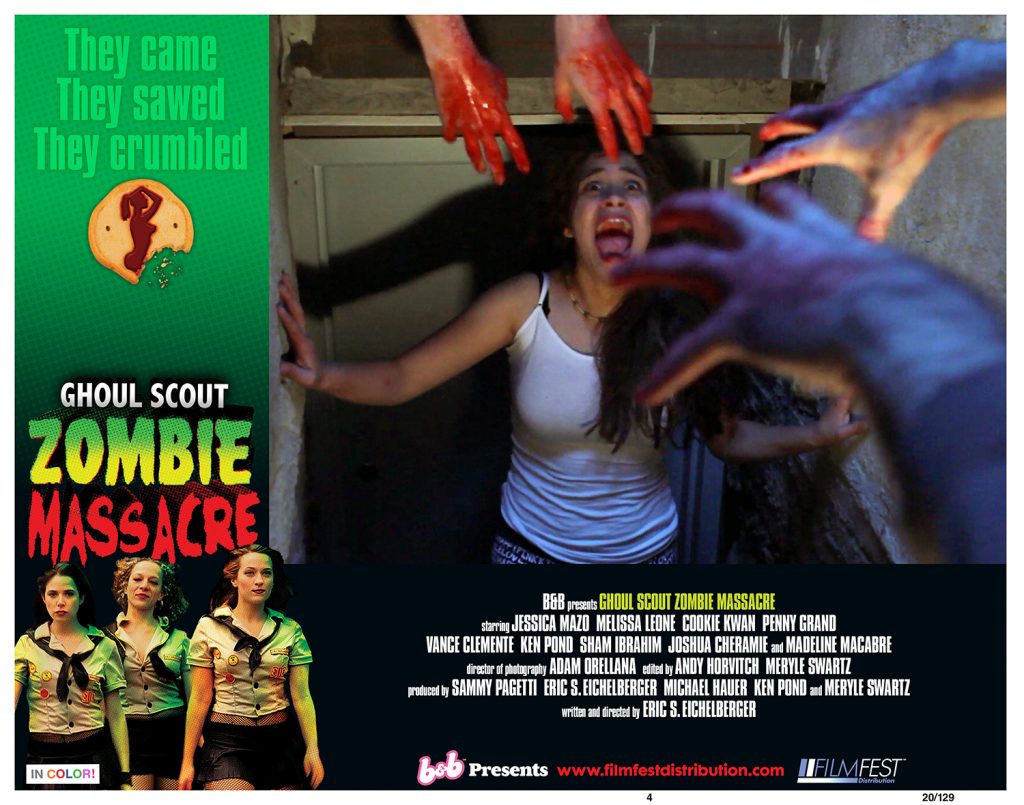 Just in time for Halloween, Boobs & Blood drops the latest blood soaked, horror-comedy epic from auteur Eric Eichelberger, Ghoul Scout Zombie Massacre; now available to stream on Amazon Prime Video (UK/US). Featuring the most over the top, pan-sexual, deviant storyline this side of Tromaville, Eichleberger’s love letter to psychotronic cinema also features the last ever screen performance from legendary Blood Sucking Freaks director, Joel M. Reed. As director Eicheberger states, “Having Joel in the film was such a great seal of approval.”

5 years in the making, lensed in New York and Los Angeles, Ghoul Scout Zombie Massacre won a slew of horror festival awards before being picked up for distribution by Boobs & Blood earlier this year. Boobs & Blood founder, Miles Flanagan states, “If ever a film represented the moniker Boobs & Blood it’s this one.”

In the film four girls find themselves in a reform school run by a sadistic Warden who’s secretly plotting (with her mad scientist brother) to develop a sex slave serum. Transformed into Ghoul Scouts, they begin selling the serum-infused cookies. Instead of transforming people into zombie-like sex slaves, the cookies turn them into actual zombies with a taste for human flesh.

“I have been a fan of psychotronic films ever since I was a young kid growing up in Indiana. I wanted to make the ultimate tribute to both George A. Romero and John Waters – a crazy cinematic cocktail to shock and freak out most people, but all in fun. I spent years bringing this baby to life and am really excited to see it finally released. You’re definitely in for a psychotronic blast”
Eric Eichelberger, Director of Ghoul Scout Zombie Massacre 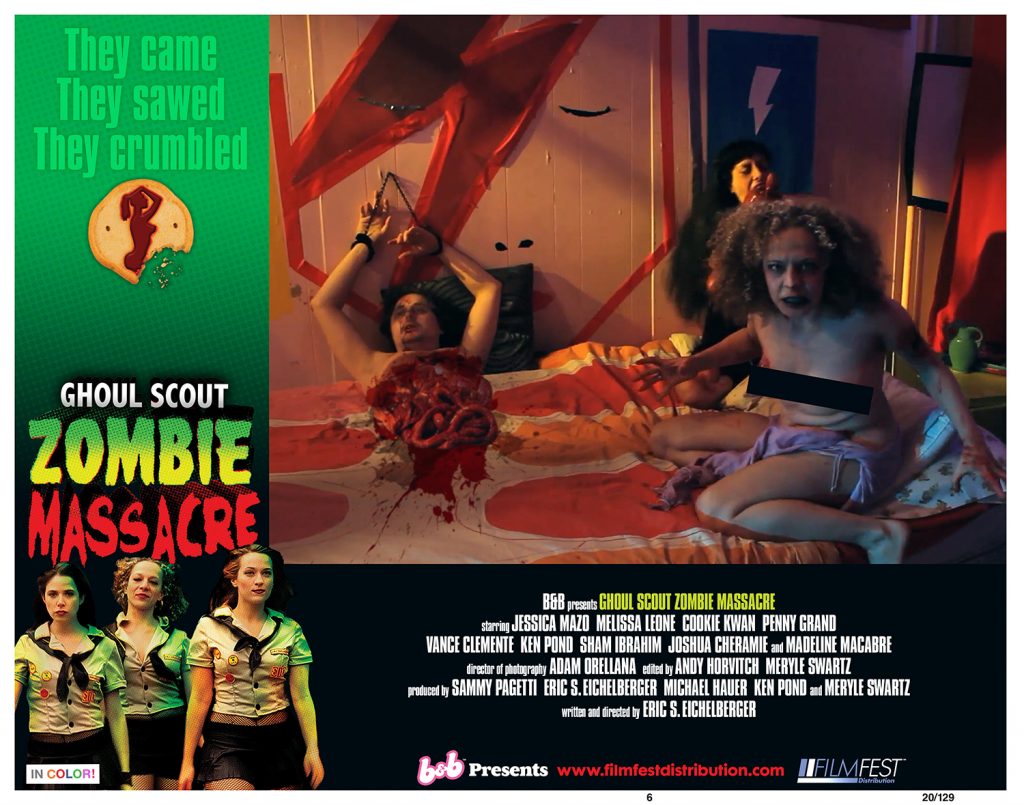